The photographer is known for the intensity of her colours and the psychedelic dimension of the universe she captures. 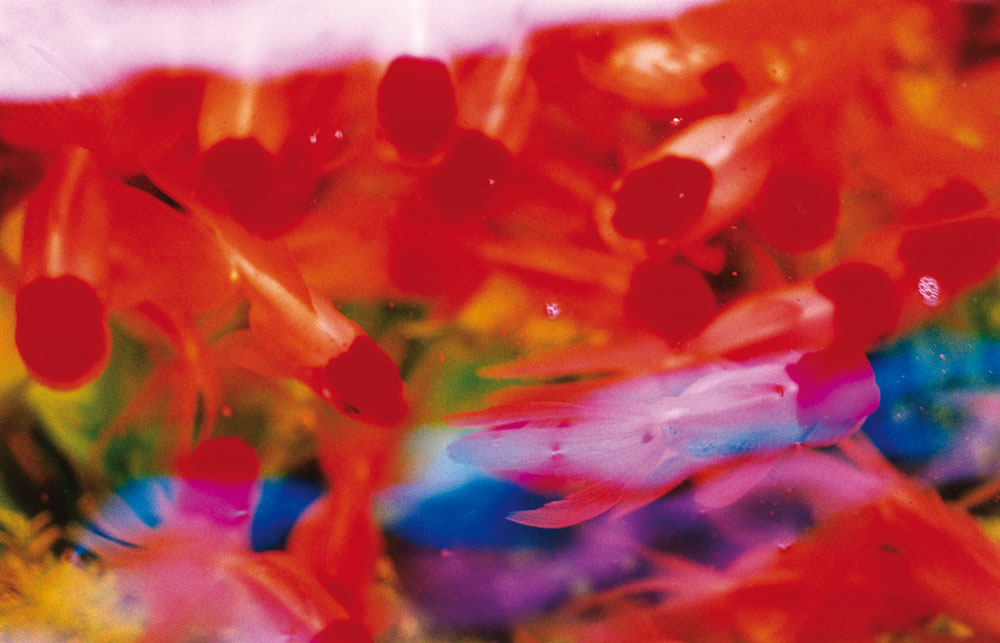 In 1997, the work of photographer and director Mika Ninagawa was presented outside of Japan for the first time, namely at Colette in Paris. This location suited her well, because her multifaceted body of work has an identity as strong as that of the Paris-based concept store.

Born in Tokyo in 1972 into a creative environment, to an actress mother and a theatre director father —the famous Yukio Ninagawa— the artist was at the heart of the 1990s movement known as onnanoko shashinka or ‘girlie photography’, capturing the art of living of young Japanese women.

In 2001, she received the prestigious Ihei Kimura Award. Outside of her photographic work, which has now been recognised by the most important institutions around the world, and her collaborations with the luxury sector, notably with Van Cleef & Arpels, Mika Ninagawa is also a significant figure in cinema. In 2020, she filmed the series Followers which was released on Netflix.

Regardless of the subjects examined in her photographs, Mika Ninagawa imposes her genre, her style, a signature. Whether in self-portraits or portraits of celebrities like Chiaki Kuriyama or Beyoncé, the artist is a master of staging and codes, be they commercial or cultural, contemporary or traditional, all are manipulated. The colours are intense and guide the attention towards a precise point, a moment she has constructed or simply captured. Beyond her portraits, her photographs capture the beauty of an environment, a flower, a sakura, an animal, a firework or an urban setting. The colours are dazzling, depicting a precise moment and creating a sense of a complete fantasy world.

In the series Light Of, the viewer’s eye is directed towards the sky, illuminated by fireworks. The artist captures an event, an explosion synonymous with joy. In other series, she takes close-ups of flowers and their petals —some of which are artificial—, while Liquid Dreams focuses the attention on goldfish and their vibrant coloured environment.

Mika Ninagawa manipulates the imagination unique to the pop universe —particularly embodied in Japan by Takashi Murakami and his flowers—, and could be considered to operate within the same genre. However, it would be reductive to attach this label to her. Her photographs do not simply aim to offer splashes of colour or light; they are more discerning. Her perspective blurs the boundaries between the subject and the author of the photograph; her approach is sincere, but the action is not performed in full consciousness.

A photographer absorbed by her subjects

The series Plant a Tree, produced on the banks of the Meguro River in the moments following her separation from her husband (as she explains to Tokyo Weekender) is intended to be more nostalgic, for example, and enables the viewer to grasp more clearly the personal emotions that flow from her work, behind the dazzling quality that characterises it.

As the artist explains in an interview with expert Yuka Yamaji for the auction house Phillips, ‘When I’m focused on shooting, I sometimes feel that I am becoming more and more absorbed into the scenery seen from the viewfinder. For instance, if I’m photographing cherry blossoms, it’s as if I’m inside the cherry blossom or I’ve become the cherry blossom, existing at the boundary between this world and the other world’.

Mika Ninagawa’s work is multidimensional, more profound than it appears at first glance. Her careful staging and use of colour are born out of a decidedly personal mental process, an intuition.

The artist’s work can be viewed on her website, and that of her gallery, Tomio Koyama. 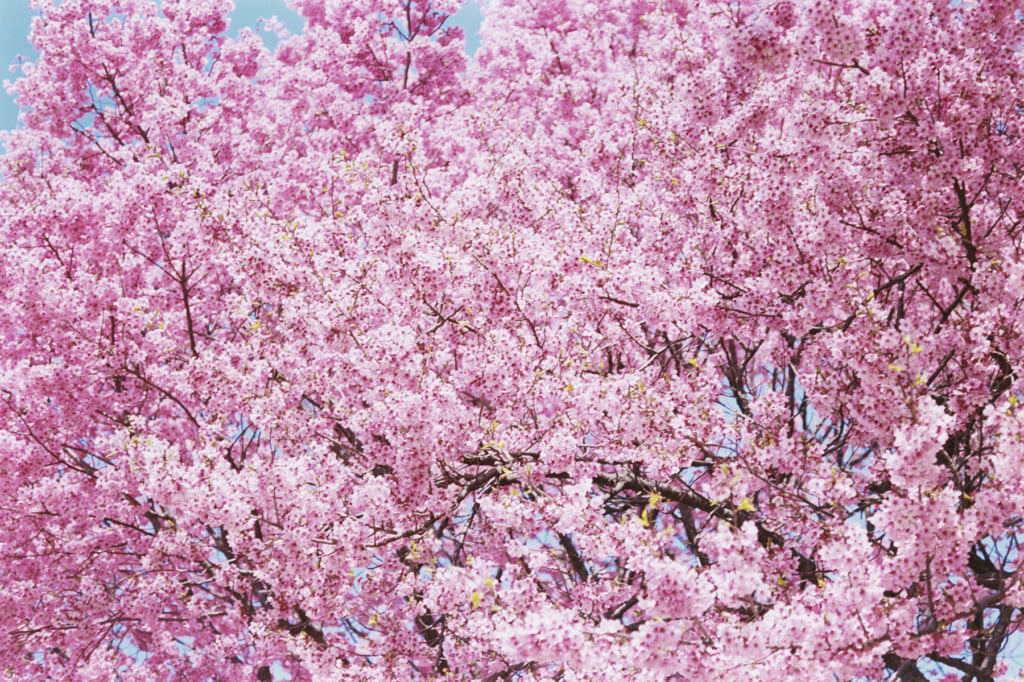 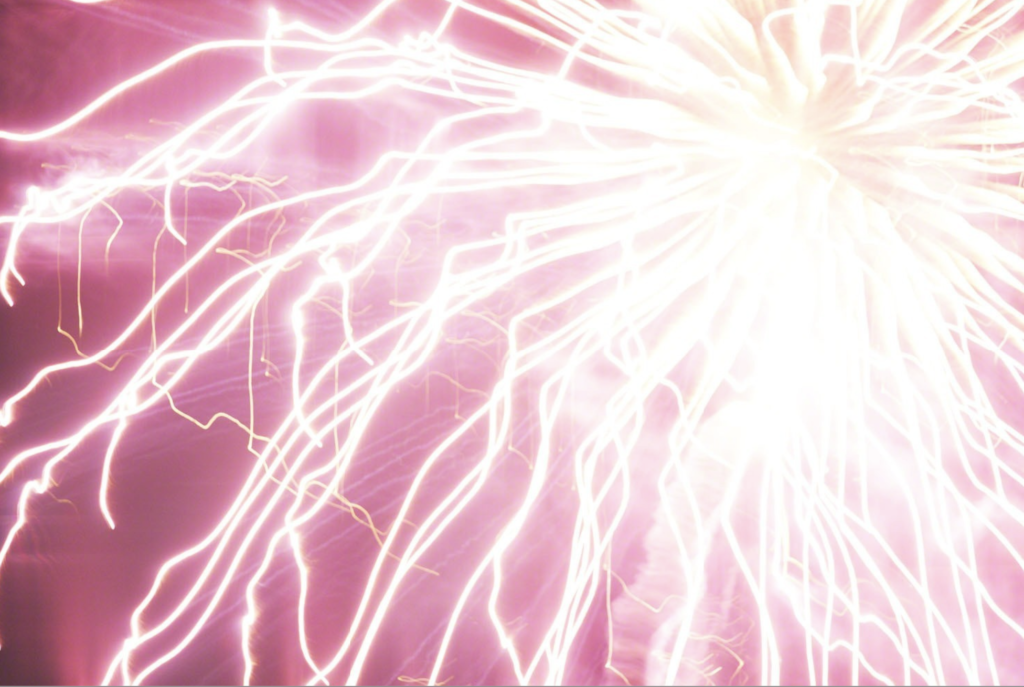 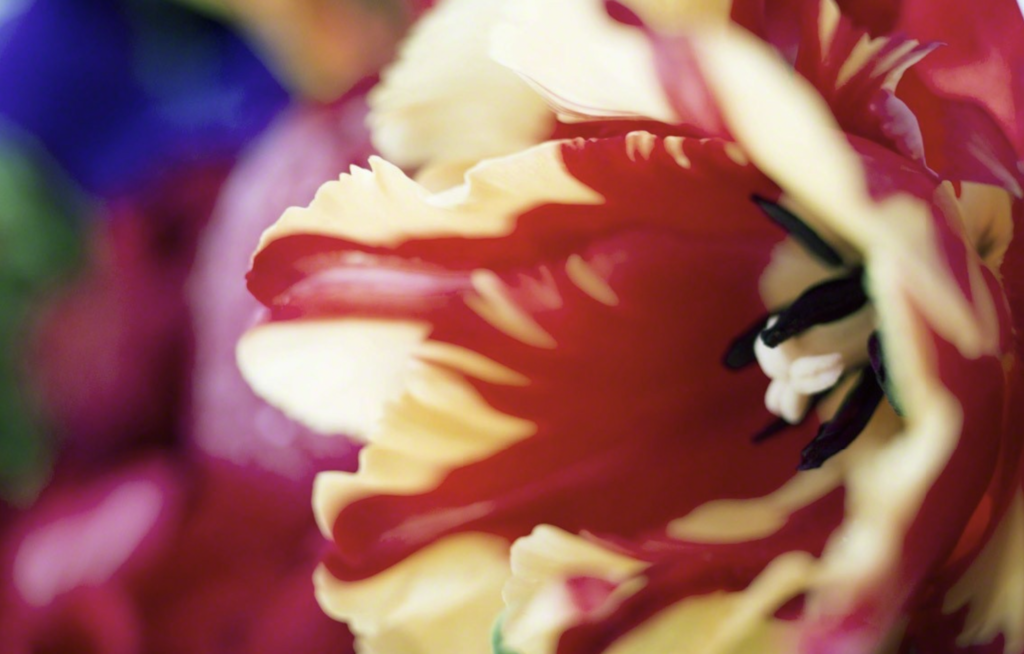 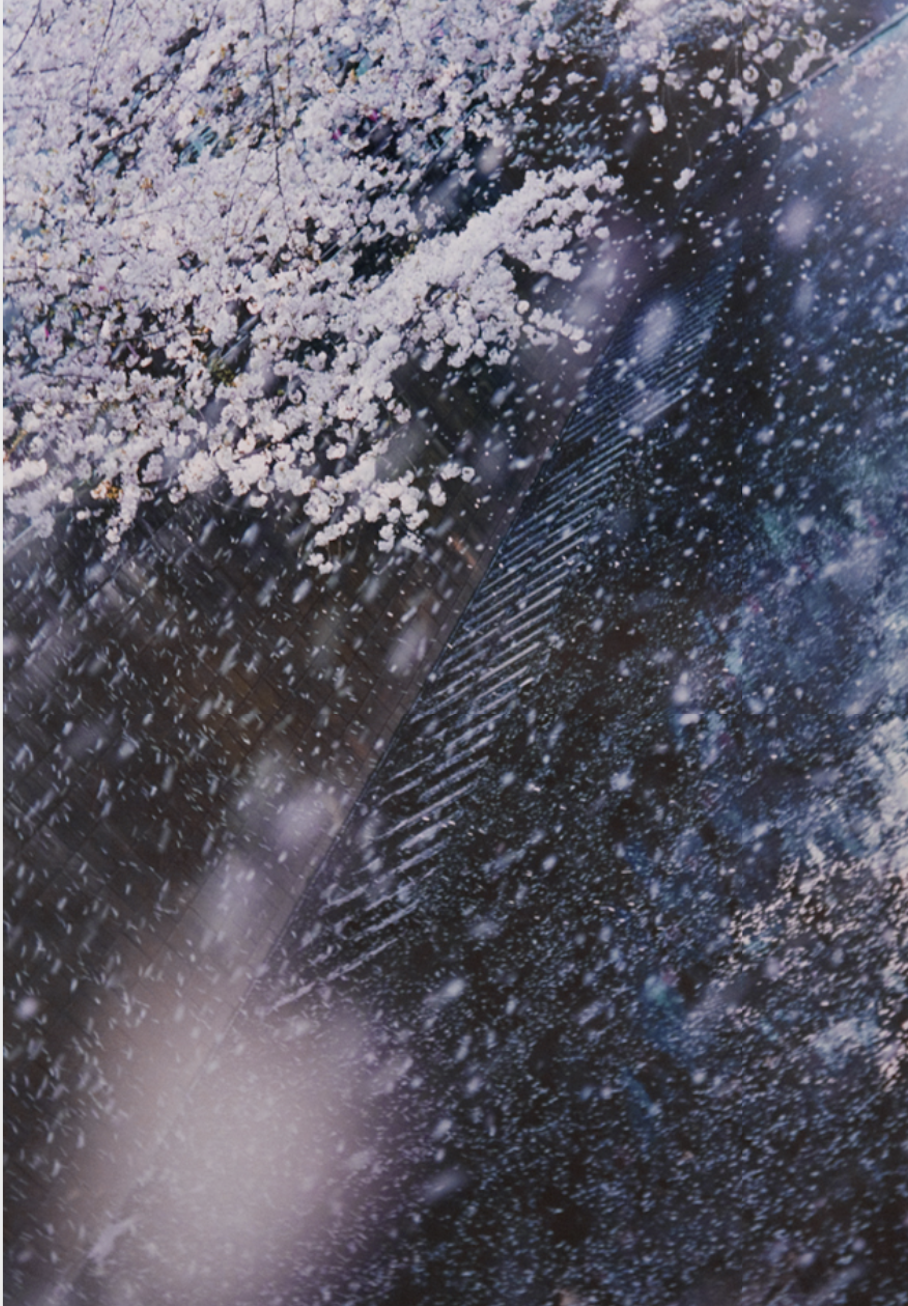