Nagato Iwasaki’s Men of the Woods

In his series ‘Torso’, the artist sculpts statues of men and women from driftwood, before placing them out in the open. 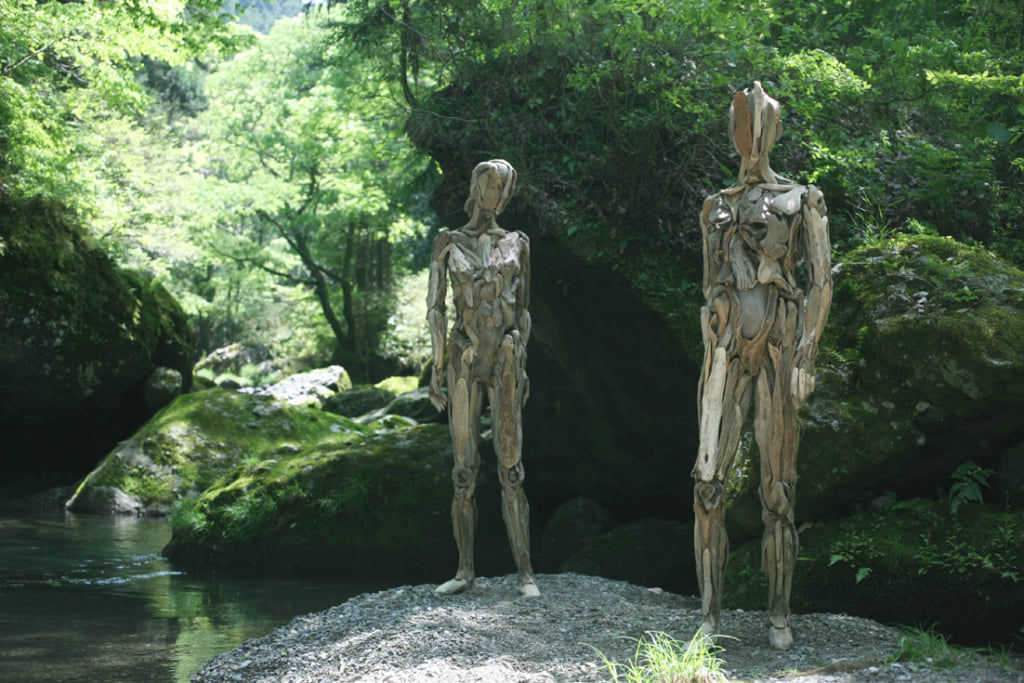 Woody, gnarled, sometimes muscular bodies. Tense or rounded. Sometimes standing straight upright, other times crouching. Men and women. They are full bodies, and the pieces of wood from which they are composed give the impression of having been laid out to show the spinal column, intestines, and muscles, like an anatomical image. Others, however, are incomplete bodies that stop at the chest and that appear to open towards the sky.

Torso, a series by artist Nagato Iwasaki begun in 1995, questions human beings and their bodies, and perhaps even their relationship to nature and the elements, as the artist places his works, once completed, in the great outdoors in Japan: in the forest, in marshes, and on riverbanks. However, he also makes occasional incursions into the city, in industrial wasteland or the more institutionalised setting of museums where he regularly exhibits his pieces from Torso, created entirely from pieces of driftwood.

Essentially, all that is known about Nagato Iwasaki and his work is as follows. The man draws, paints, and tries his hand at digital art. His first exhibition was held in 1983 and he has since exhibited work in Japan, particularly in Tokyo, and also in Germany. During the 1996 Florence Biennale, he collaborated with couturier Yohji Yamamoto. His work has been recognised on two occasions: in 1994, Nagato Iwasaki received the Yamanashi Prefectural Museum Awards Grand Prize and the Special July Prize Kirin Plaza Osaka. After this, the mystery deepens.

There is no indication as to his date of birth, education at school or university, and no details of his work appear on his website, not even a photo. His Facebook page offers a few further clues: he works in a studio where the pieces wait to adopt the shape of an arm or a leg, carefully stored on shelves. We see him in a photograph that dates back to 2012, wearing a hat and with a large bag on his shoulder, gathering a multitude of pieces of wood on the beach, polished and smoothed by the swell, salt, water, and sun. A black-and-white photograph from 2015 reveals his face and shoulder-length hair, him dressed in a loose shirt, in the process of making one of his statues. But after that, there is nothing, only his numerous works, but without captions or explanations.

By keeping a low profile and providing no context or information about his works, Nagato Iwasaki allows the individual to think whatever they please and let their imagination wander as they observe his land-art sculptures, given to nature like an offering. There is a final clue, however: the pieces in his Torso series were photographed to appear on the cover of a compilation album by Tokyo-based alternative rock group The Back Horn. 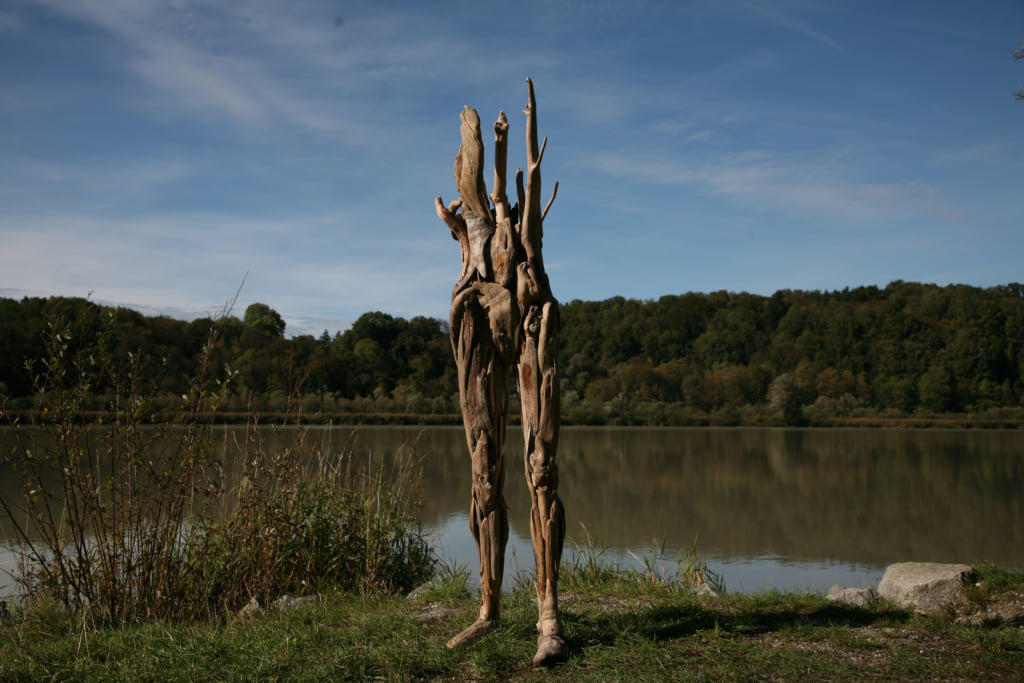 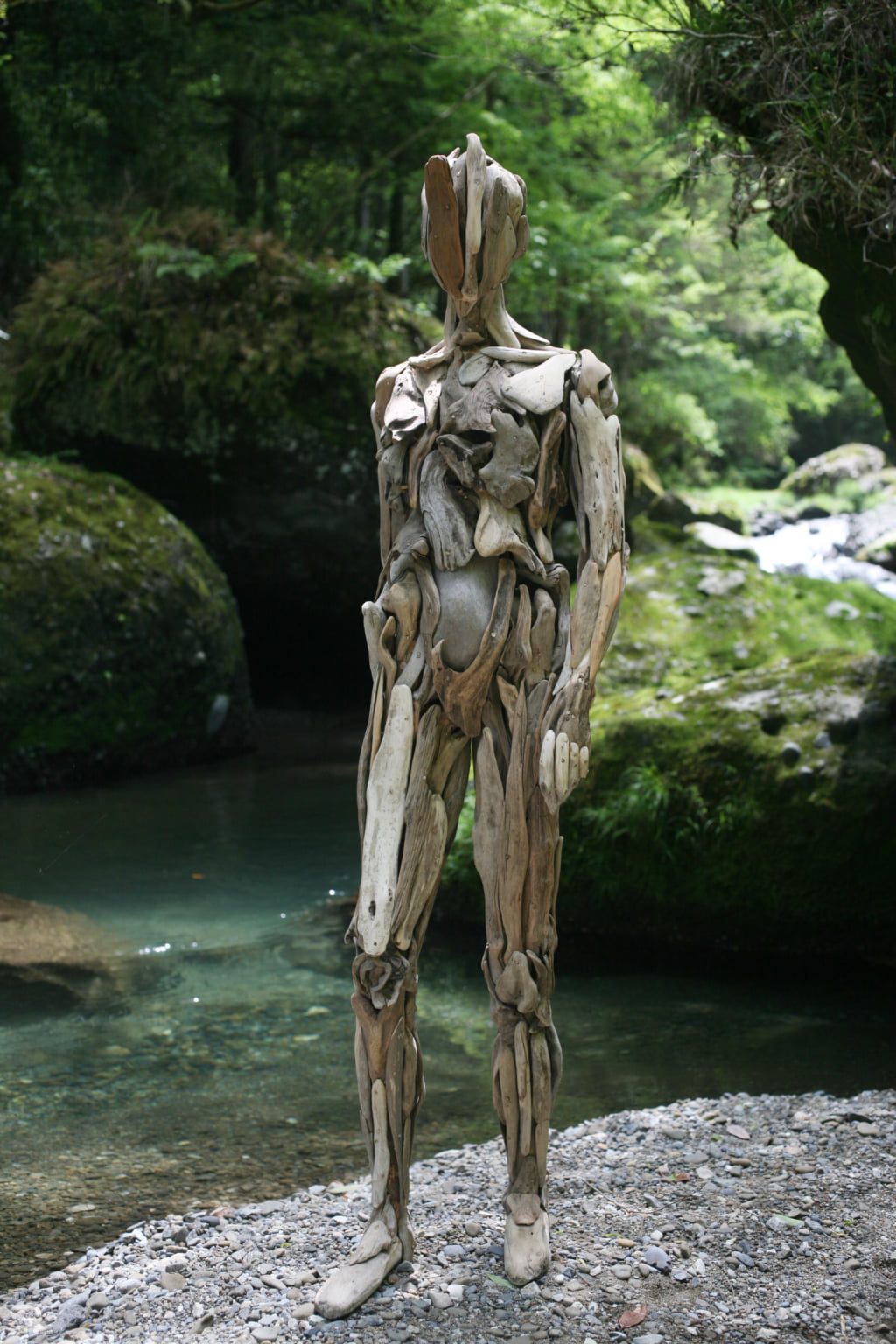 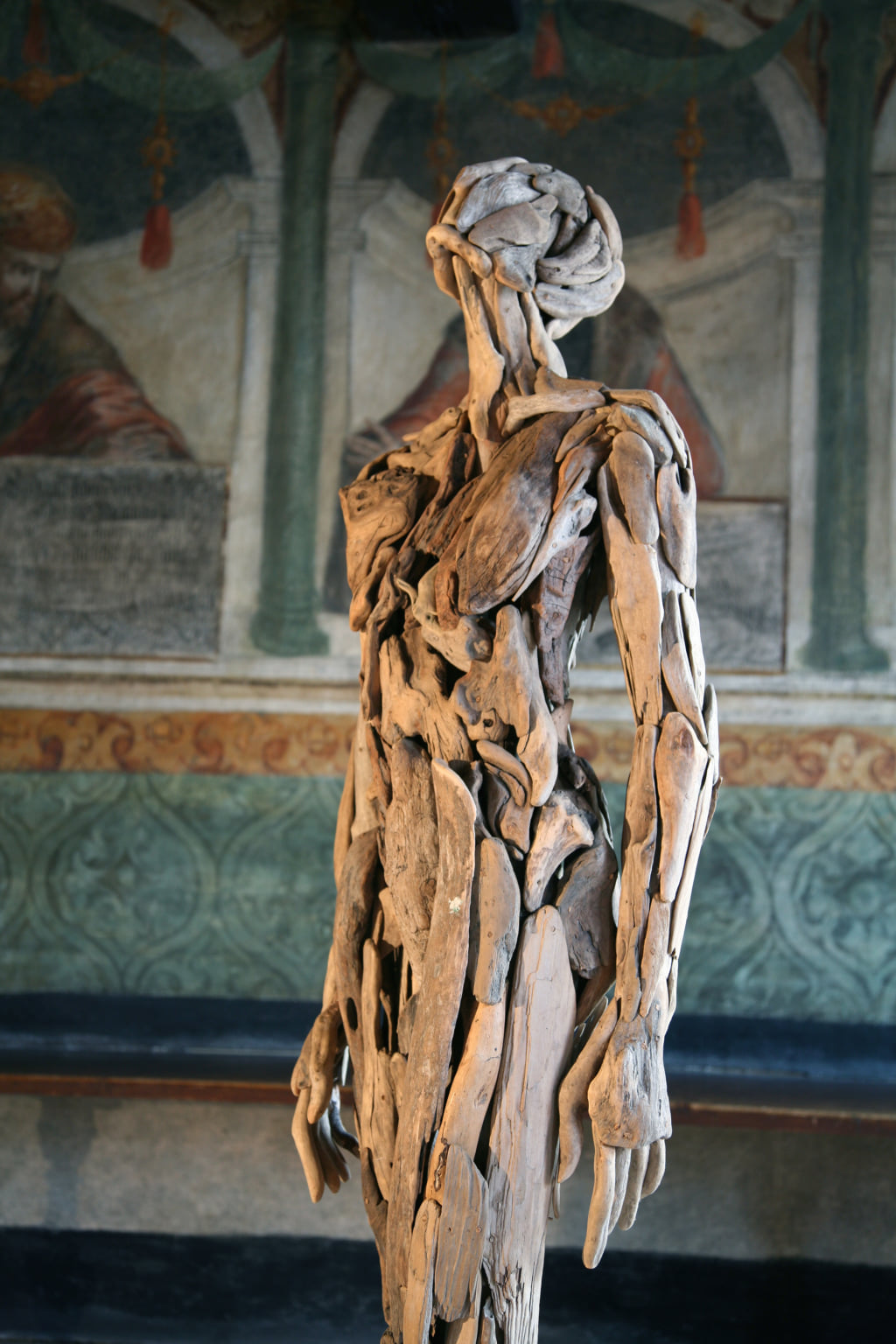 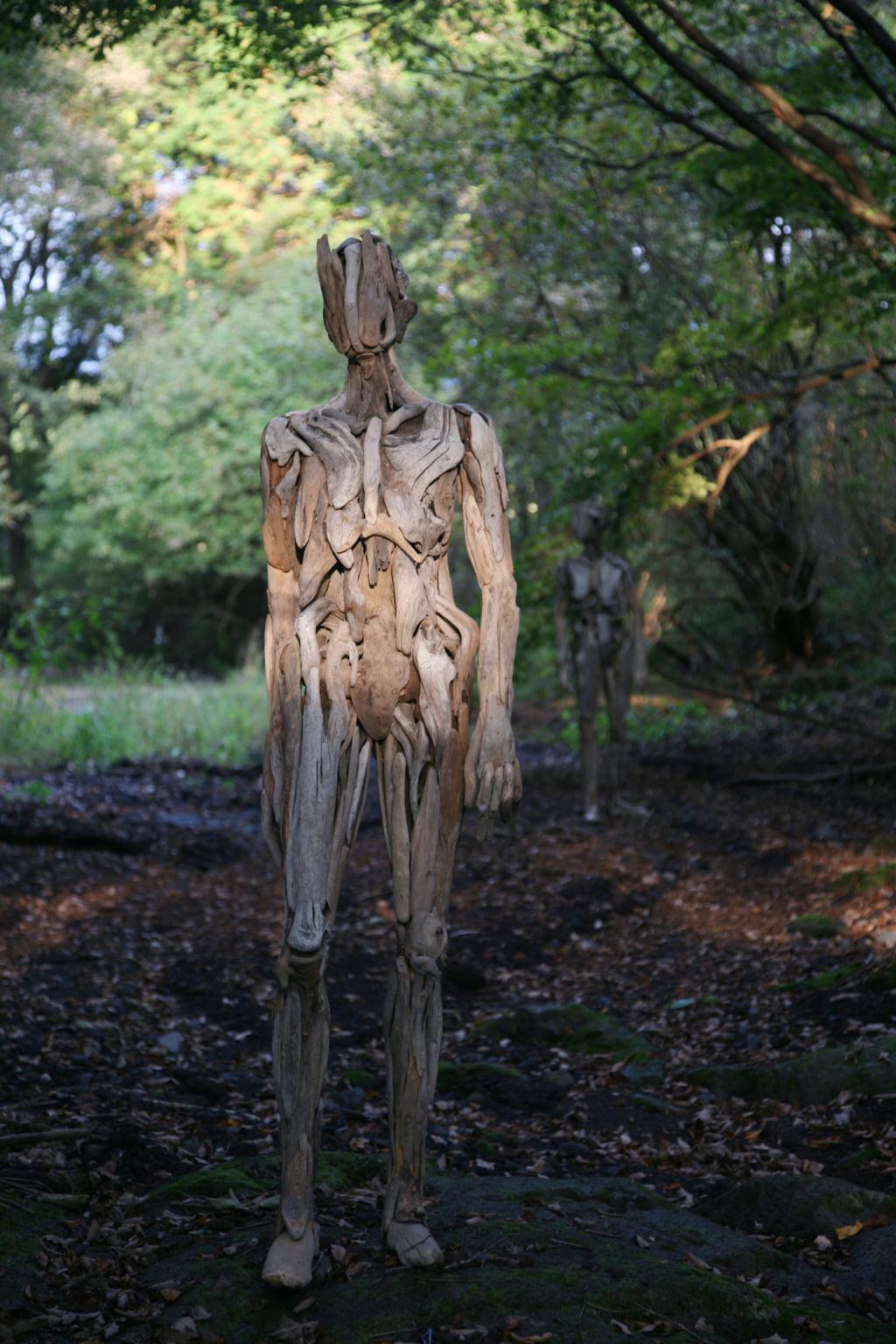 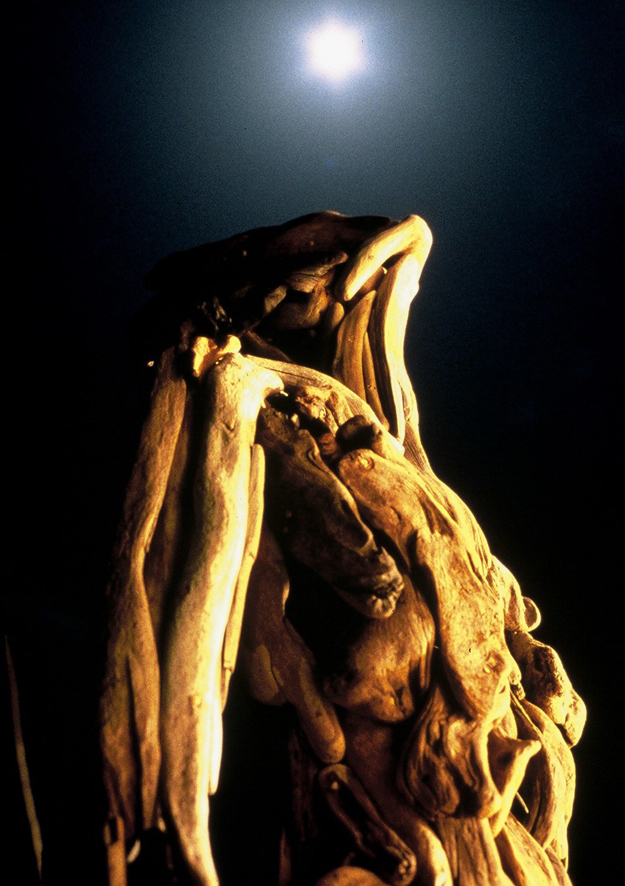 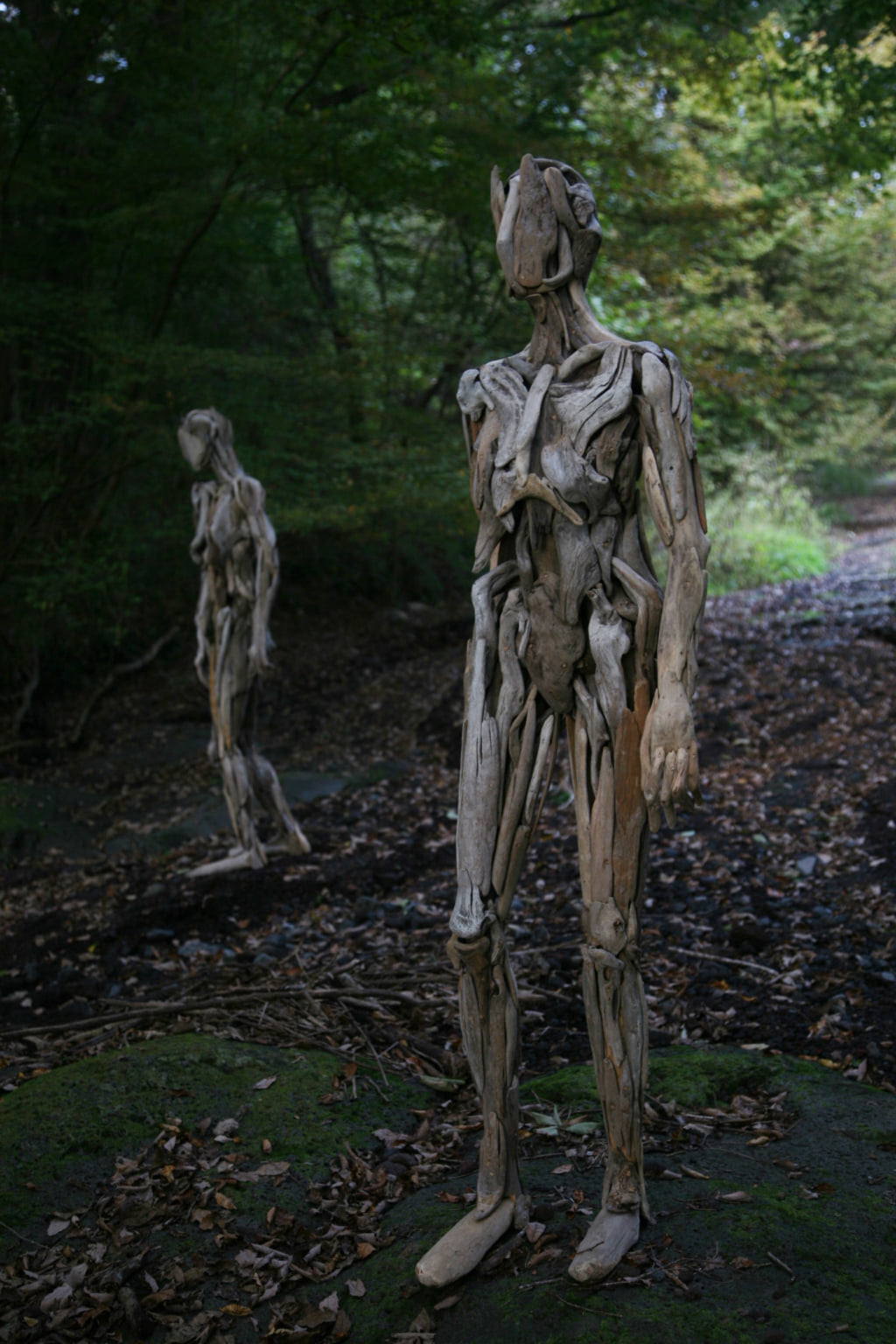 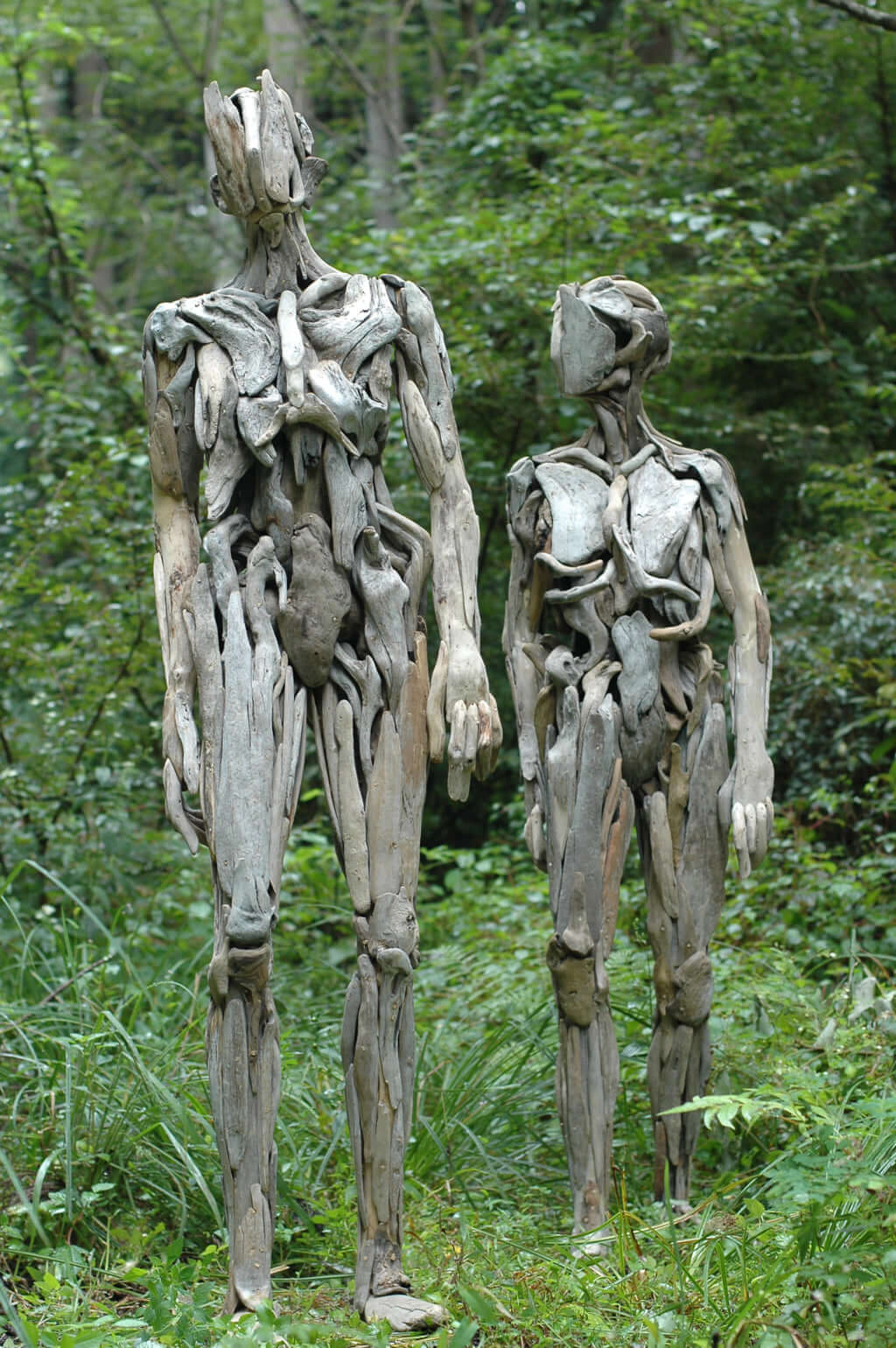