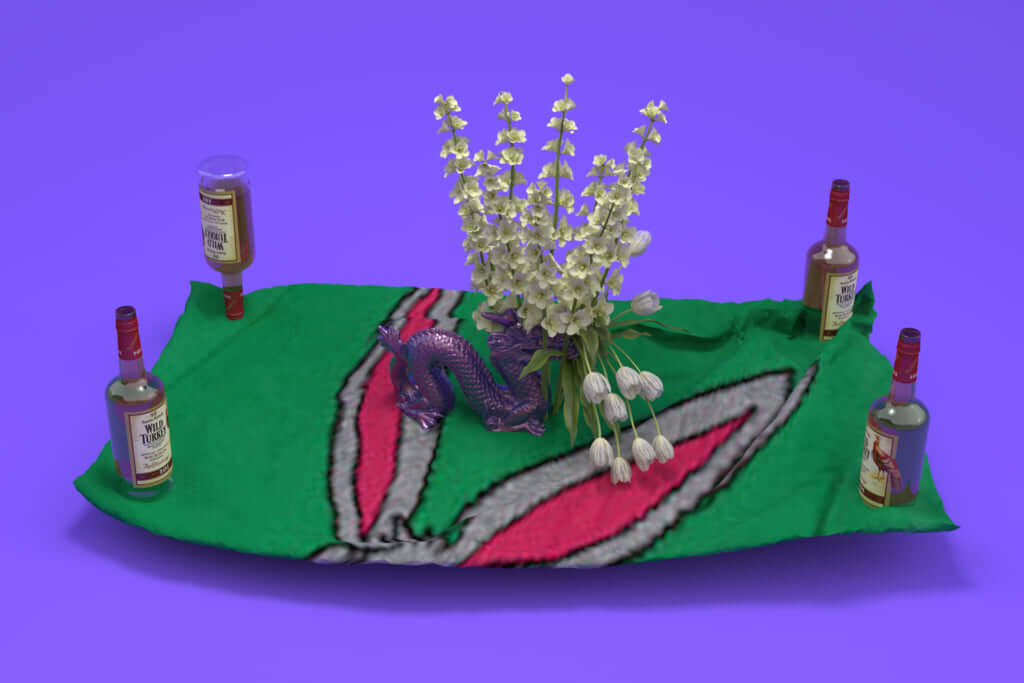 In 1917, Marcel Duchamp would shake up the art scene with his readymades. Japanese artist Naoya Hirata brings us today their updated version, the readymades of the digital era. Using three-dimensional models available for free on the internet, the artist creates unique compositions as if they were collages.

Graduated from the Sculpture Department of the prestigious Musashino Art University, as a student Hirata did not envision himself creating this kind of artwork. However, having grown up during the 90’s Internet Boom and playing videogames, somehow everything —as happens with his compositions— seems to fall into place. His crazy and eccentric sculptures, a juxtaposition of elements as disparate as a bicycle, a pagoda, a noose, and a melon, strange as it may seem, just work.

Naoya Hirata knows how to get the most out of the virtual space and creates works that could hardly materialize outside our screens. In this space governed by its own rules and dimensions, no expensive materials are needed. The pieces are stored on his Instagram account at no cost —no speck of dust collecting on them— completely oblivious to the passage of time.

His sculptures, although created in a three-dimensional space, are only observable from the two dimensions of our screens (or the photographic paper the artist uses to exhibit his work in galleries). The artist reveals in this way the interesting relationships that exist between reality, virtual reality and the bi or three-dimensionality from which we access them.

As more of our everyday actions are relegated to the digital space —our groceries, meetings or education— Hirata seems to tell us that the creation and enjoyment of art have also their space there, without that making them a bit less real. 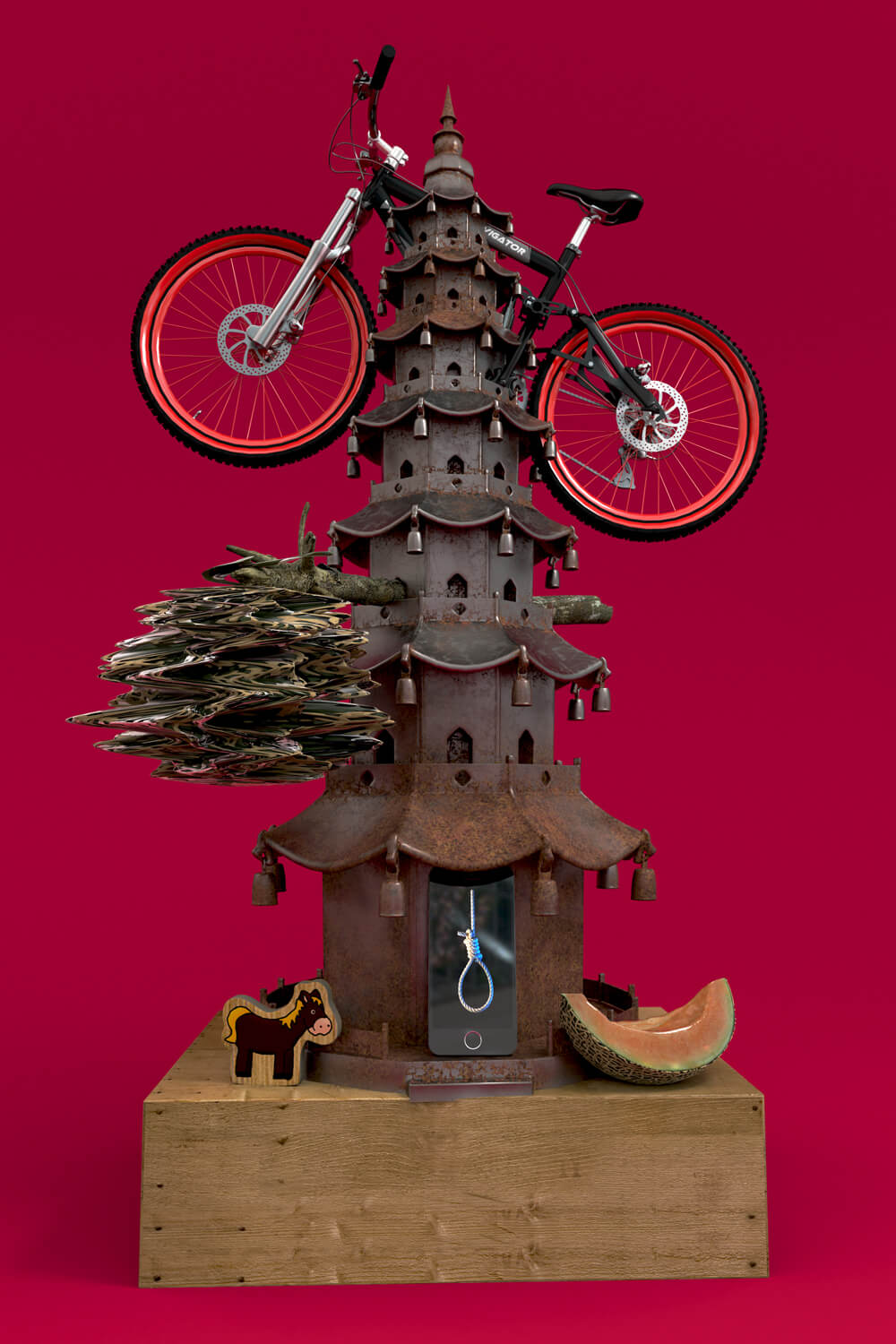 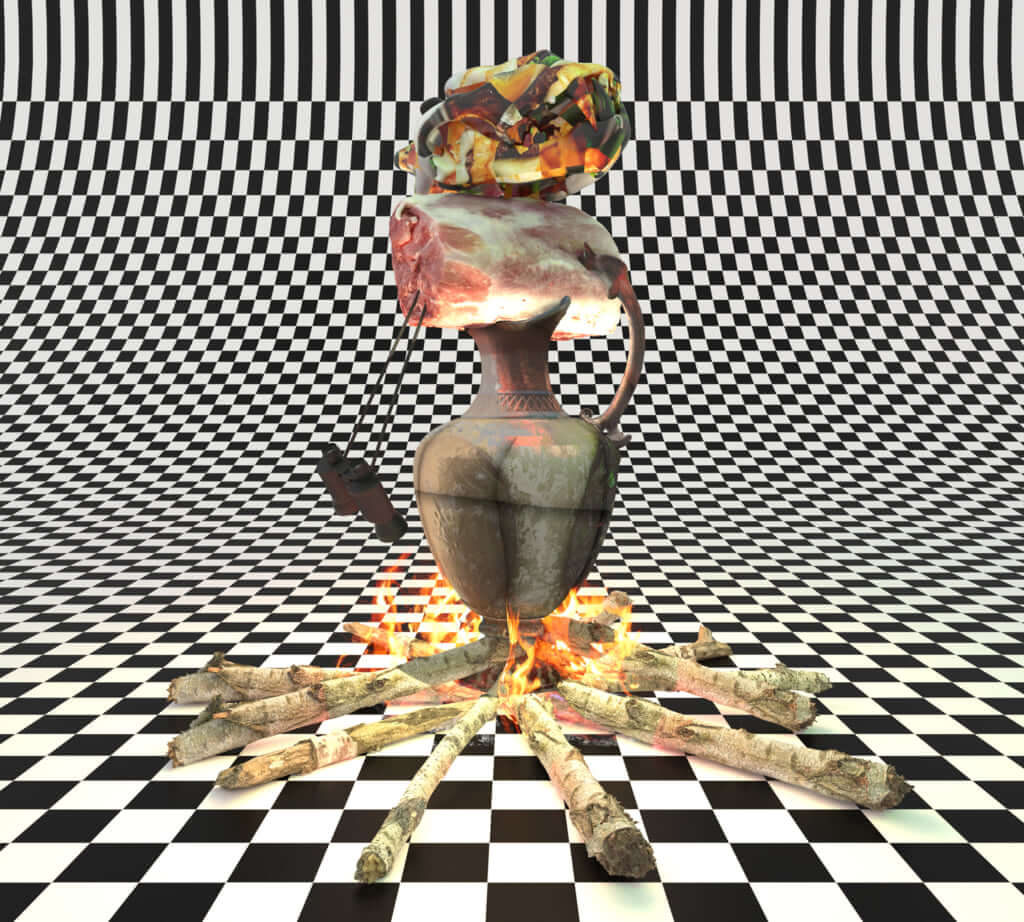 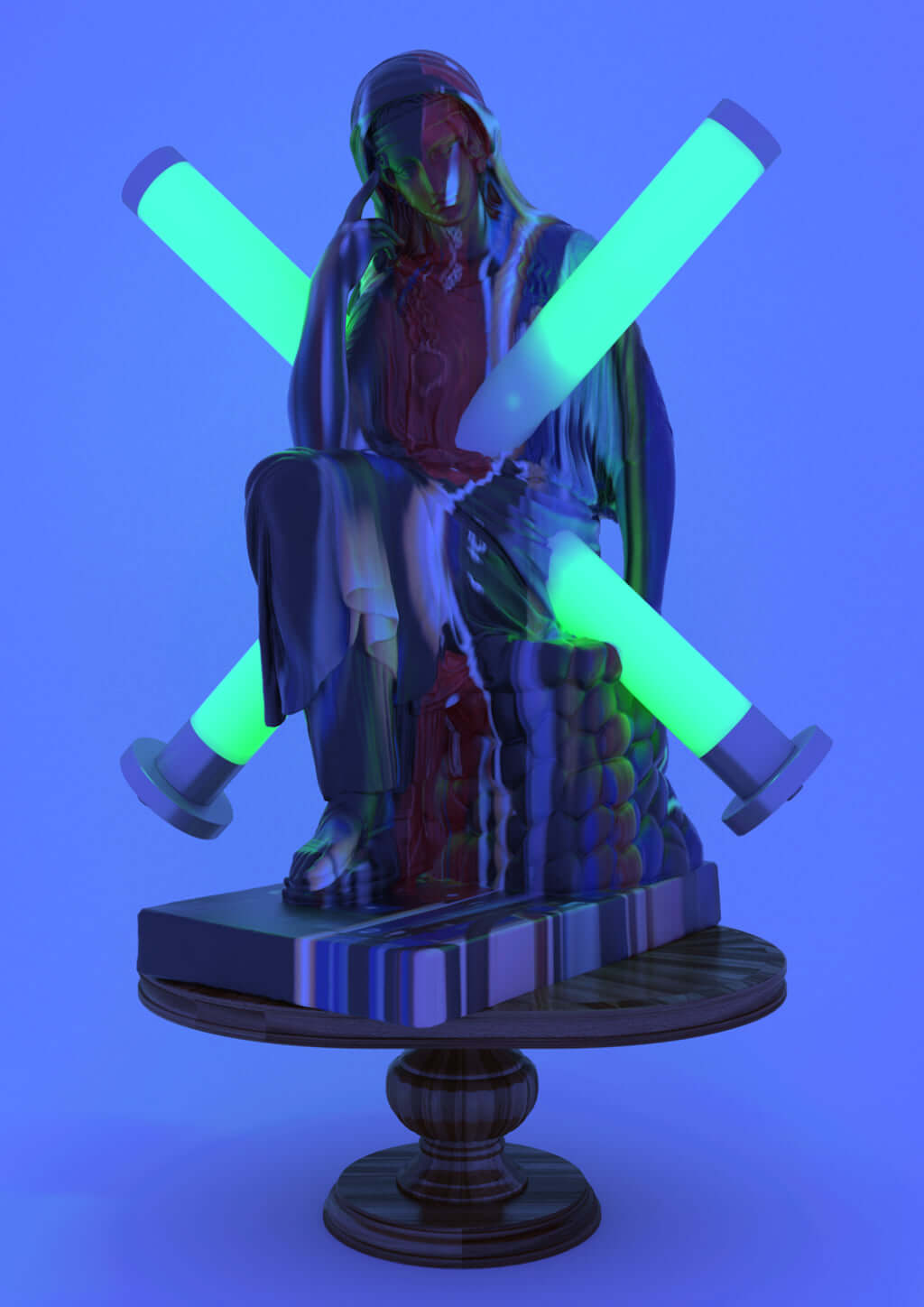 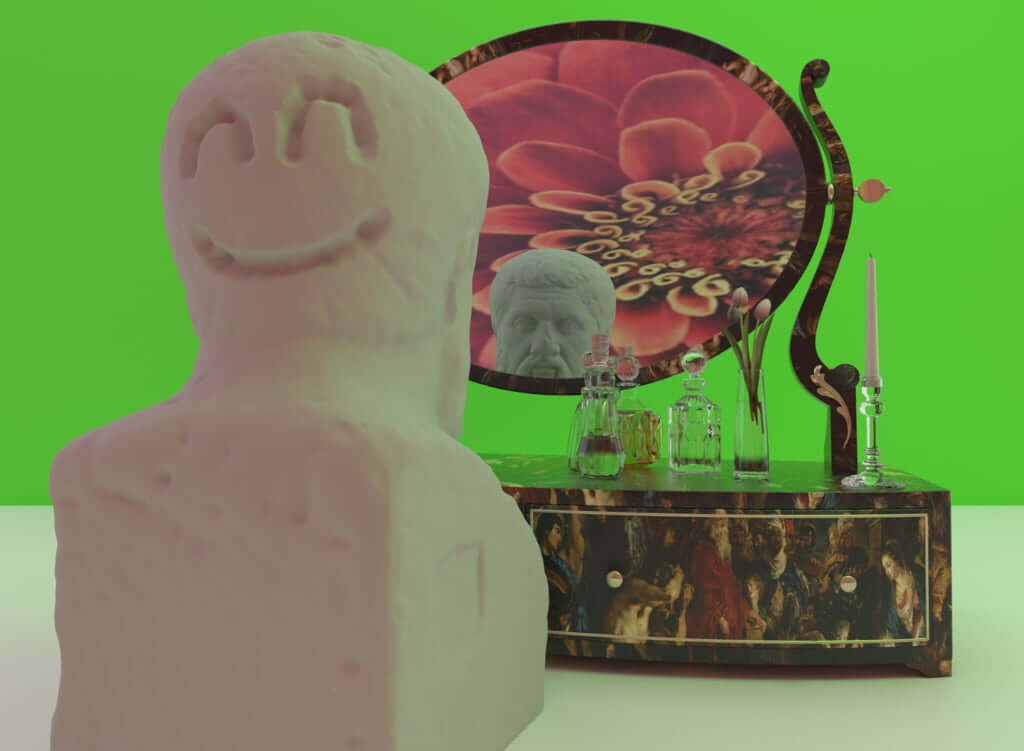 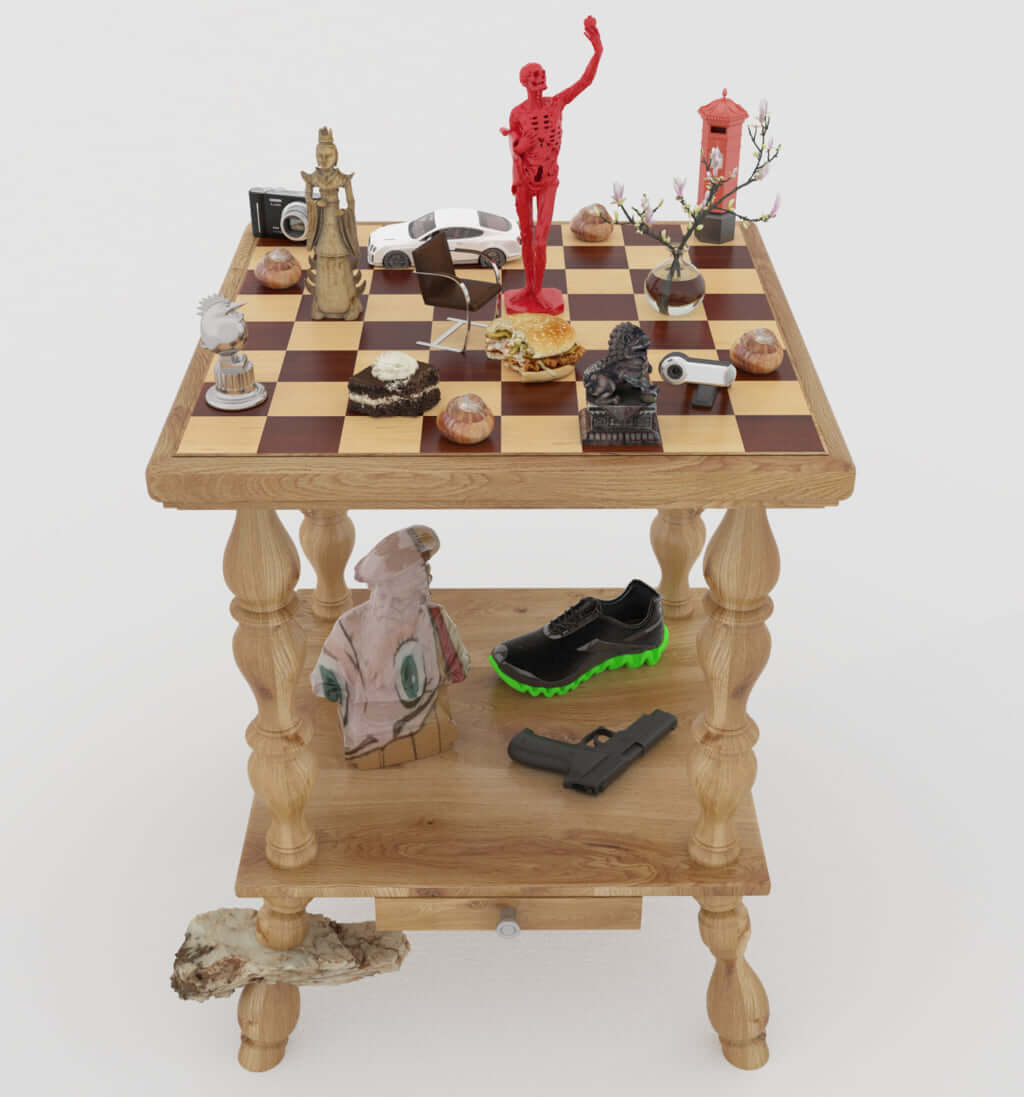