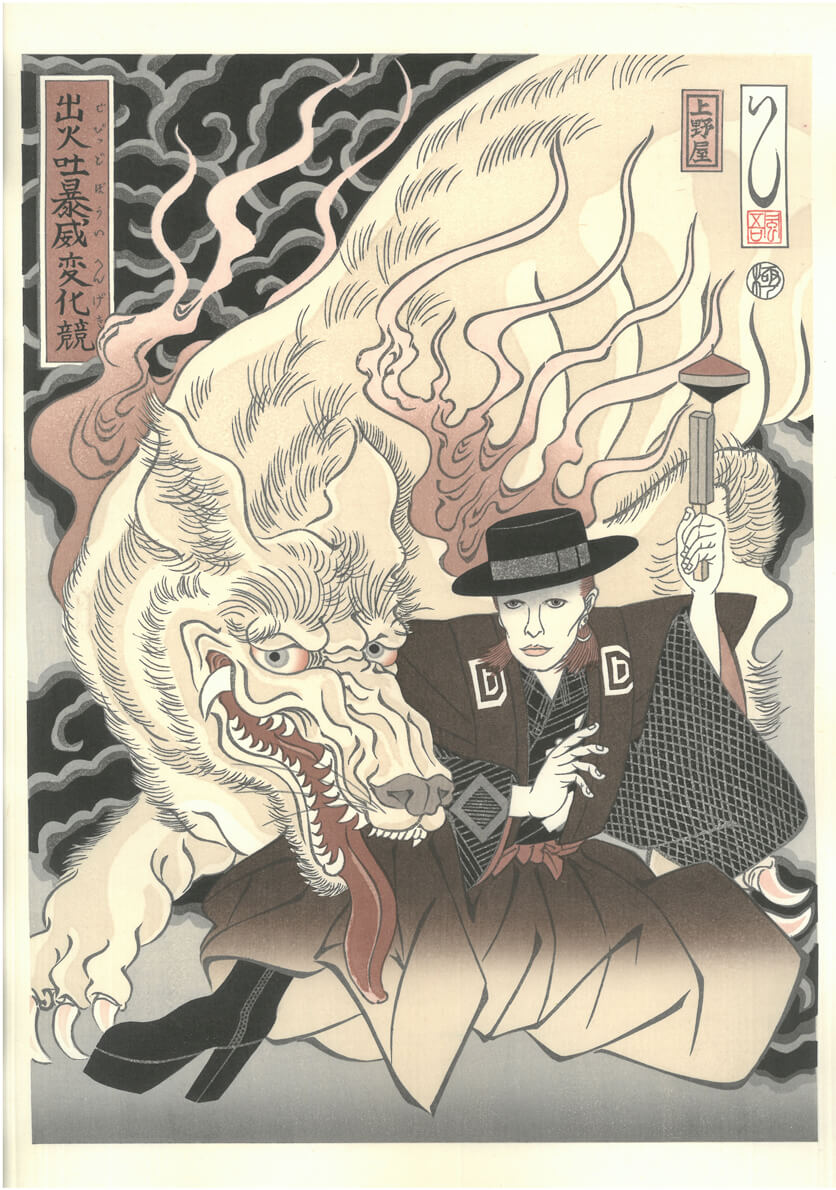 From Saturday 23 June to Sunday 1 July, an exhibition will be presented by the UKIYO-E PROJECT at BOOKMARC in Harajuku, Tokyo, spotlighting two new Ukiyo-e prints depicting David Bowie. Both prints will be available for purchase.

Ukiyo-e is a style of multi-coloured woodblock printing independently developed by Japanese craftsmen from the early to middle Edo period (roughly the mid-seventeenth century to the mid-eighteenth century). As the term uki within the expression ‘Ukiyo-e’ stands for ‘now’ or ‘contemporary’, the subjects of the pictures include people, scenery and customs that were popular during the particular era in which the prints were produced.

The UKIYO-E PROJECT, having inherited the genre’s spirit of ‘depicting the present’, was launched with the intention of portraying contemporary stars using Ukiyo-e. Artists successfully featured so far have been the American group KISS—leaders of the rock scene for several decades—and a collaboration with the British heavy-metal band Iron Maiden.

The two prints this time, representing the third instalment of the series, throw the spotlight on the British musician David Bowie, who died suddenly in 2016. They were produced by the Ukiyo-e artist Masumi Ishikawa based on the album cover for ‘Aladdin Sane’ (Brian Duffy, 1973) and the promotional photograph ‘Diamond Dogs’ (Terry O’Neill, 1974). 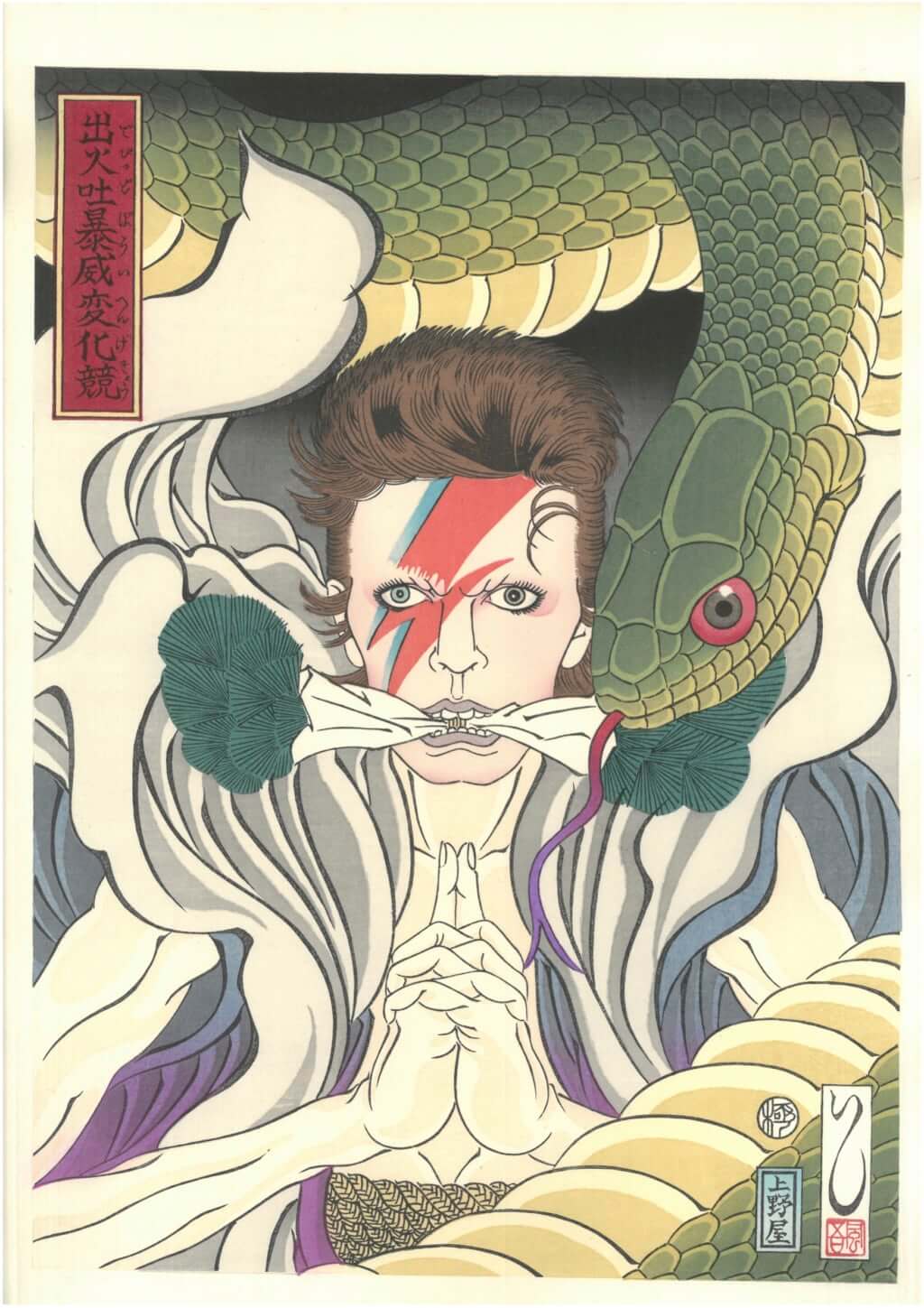 Although Ukiyo-e, on account of its classic image, tends to be viewed as a type of traditional artwork that used to be produced a long time ago, the Bowie prints illustrate the truth that ‘Ukiyo-e continues to live now’.

Just as Bowie has inspired new Ukiyo-e creations, Ukiyo-e has vividly brought Bowie back to life. Don’t miss the chance of experiencing the excitement of seeing such prints for yourself at the exhibition this time! 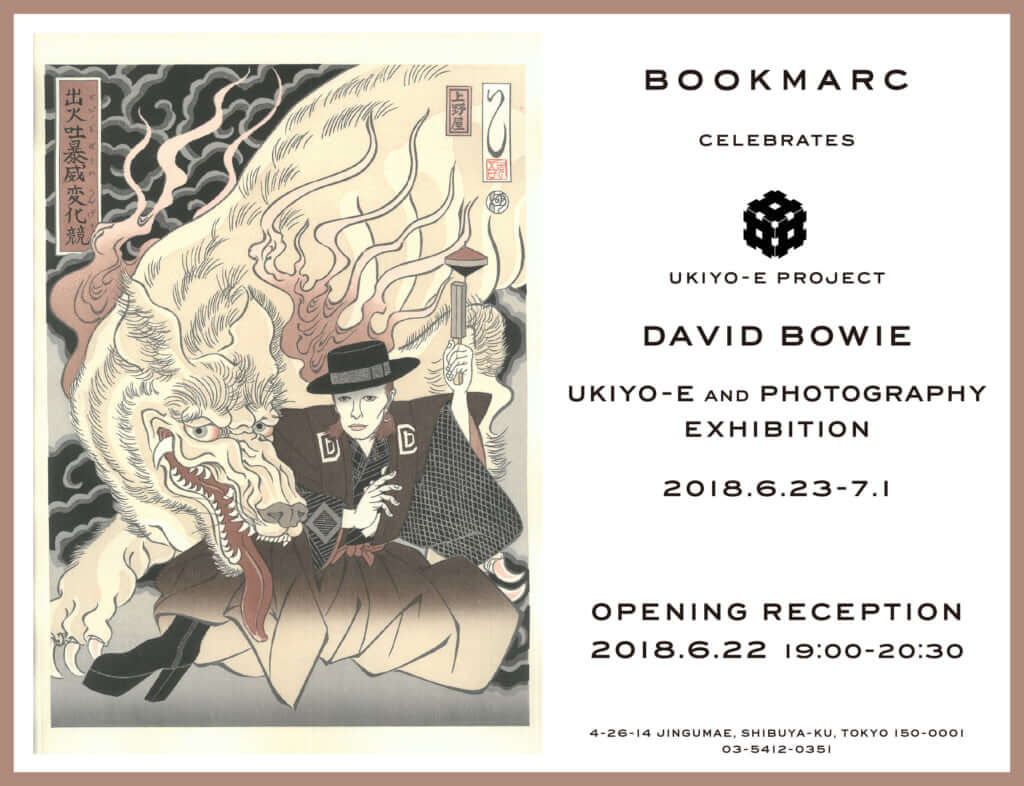 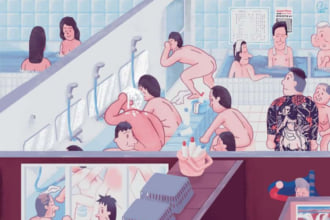 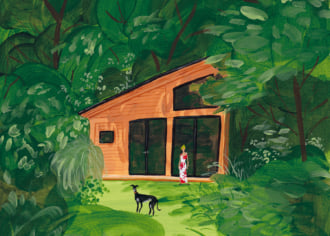