This mythical creature, with a thirst for blood and revenge, has been a fearsome presence in Japanese popular culture for centuries.

© The Trustees of the British Museum

A creature from Japanase folklore, the Gashadokuro, which literally means ‘starving skeleton’, is part of the big family of yokai (‘spirit’, ‘phantom’, ‘demon’ in Japanese). Due to its huge size, it is also known as O-dokuro, which translates as ‘giant skeleton’.

Fifteen times larger than a human being, this mythical monster harbours supernatural powers including invisibility and invincibility. As a result, only a shinto high priest is able to ward it off.

In a first legend, the Gashadokuro is described as an army of thousands of skeletons having been resuscitated from among the dead. Over the years, however, it appears in the form of a skeletal spectre with a bent back. Formed from piles of bones belonging to people having died from famine or on the battlefield, this creature only comes to live if the dead have not been buried.

In search of revenge and justice for these dishonoured souls, the spirit roams around the countryside after midnight. When it moves, it produces sounds whose Japanese onomatopoeia is written as gachi gachi. Its goal is to cut off the heads of solitary travellers to drink their blood. Nevertheless, people can become aware of its presence in advance by feeling a buzzing sensation in their ears.

There are many and varied representations of the Gashadokuro, but the best known of these is still the triptych of prints by Kuniyoshi Utagawa, Takiyasha the Witch and the Skeleton Spectre (1844). The artist depicts the princess invoking the yokai to protect the palace from its enemies.

Nowadays, the starving skeleton remains a popular figure and is found in pop culture, portraying antagonistic characters. It appears in the animated film Pompoko (1994) and also in the mangas One Piece (1997) and Inu x Boku SS (2009). This legendary creature can also often  be seen in video games, like The Legend of Zelda: Majora’s Mask (2000) and Dark Souls 3 (2016).

Takiyasha the Witch and the Skeleton Spectre (1844), a triptych of prints by Kuniyoshi Utagawa that is part of the British Museum’s collection. 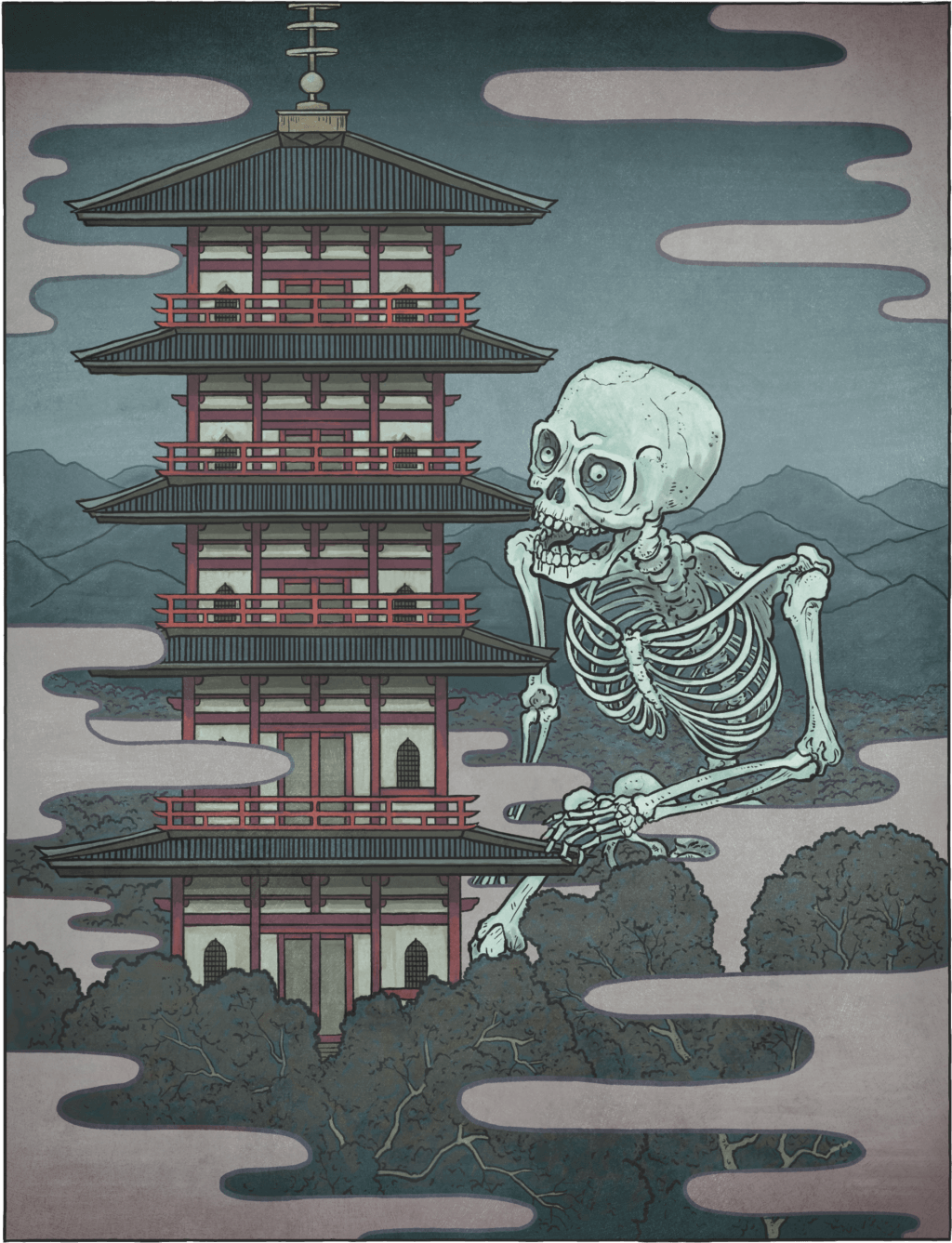 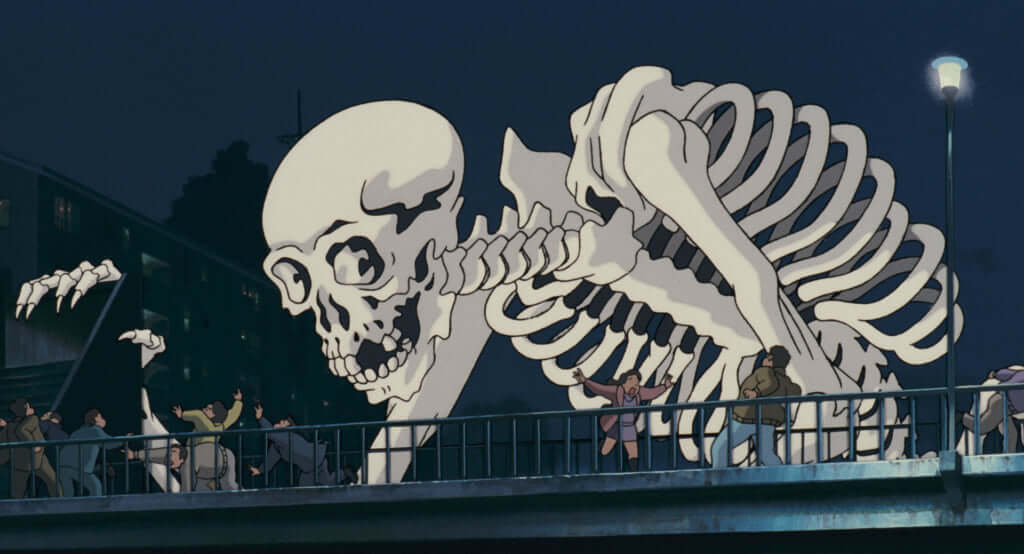 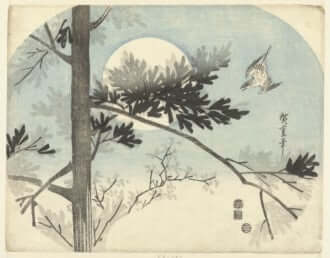