Mangaka Shigeru Mizuki undertook an unusual exercise: sketching the insides of monsters to reveal how they function. 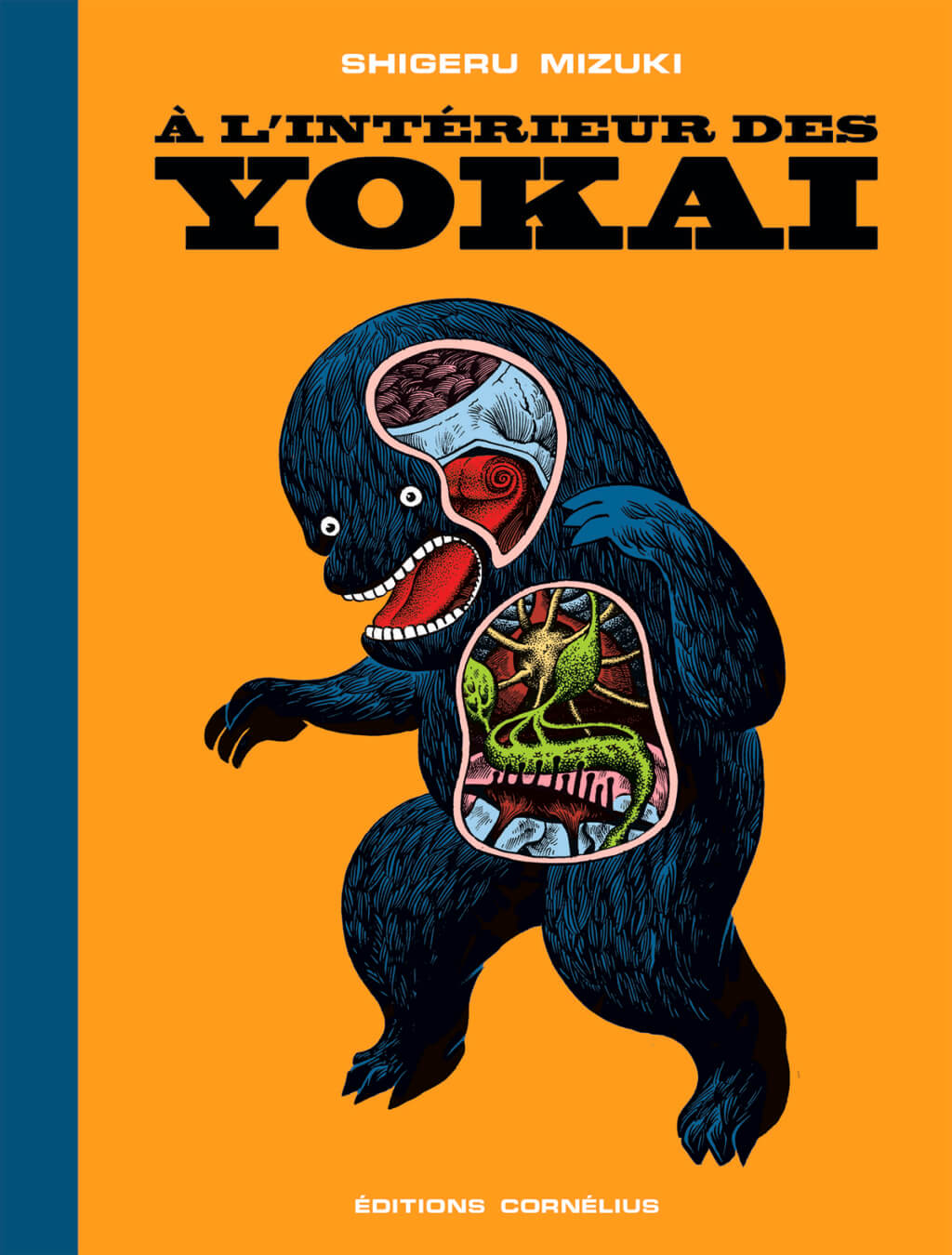 Japanese tales and legends are full of these little mythological demons, but while we know about their history and their evil powers, what about their anatomy? To try to unravel the mystery of these creatures, Shigeru Mizuki put together Yōkai Daizukai, a book containing cross-sections of 85 folkloric monsters, in 1960.

Shigeru Mizuki was born in 1922, in the small coastal town of Sakai Minato in Tottori Prefecture. He was passionate about drawing, but the war scuppered his artistic ambitions, as he was enlisted in the Imperial Army and joined the troops in New Guinea, where he lost an arm and contracted malaria. It was not until 1957 that he started working as a mangaka, with his childhood, popular culture, and the supernatural world featuring prominently in his work. Shigeru Mizuki went on to create and preside over Sekai Yokai Kyokai, an organisation for fans of these Japanese spirits.

Unravelling the secrets of the yokai

Through Shigeru Mizuki’s drawings, the reader discovers that Fukurosage, a tanuki from the Nagano region, has a long stomach that enables it to turn food into sake. They also learn how Mannendake, a 10,000-year-old bamboo pole, uses its syringe-like fingers to suck up the souls of lost travellers. Each cross-section is accompanied by a short text written by Shigeru Mizuki himself, which provides a little more information about the yokai that has been placed under the knife. Each of these individuals is therefore highly particular, with specific organs that grant them often evil powers.

This is not the author’s first exploration of these folkloric creatures; he also created NonNonBâ, a book in which a young boy discovers the world of the yokai through an old lady who lives in his village.

Yōkai Daizukai (2004), a book illustrated by Shigeru Mizuki, is published by Shogakukan. 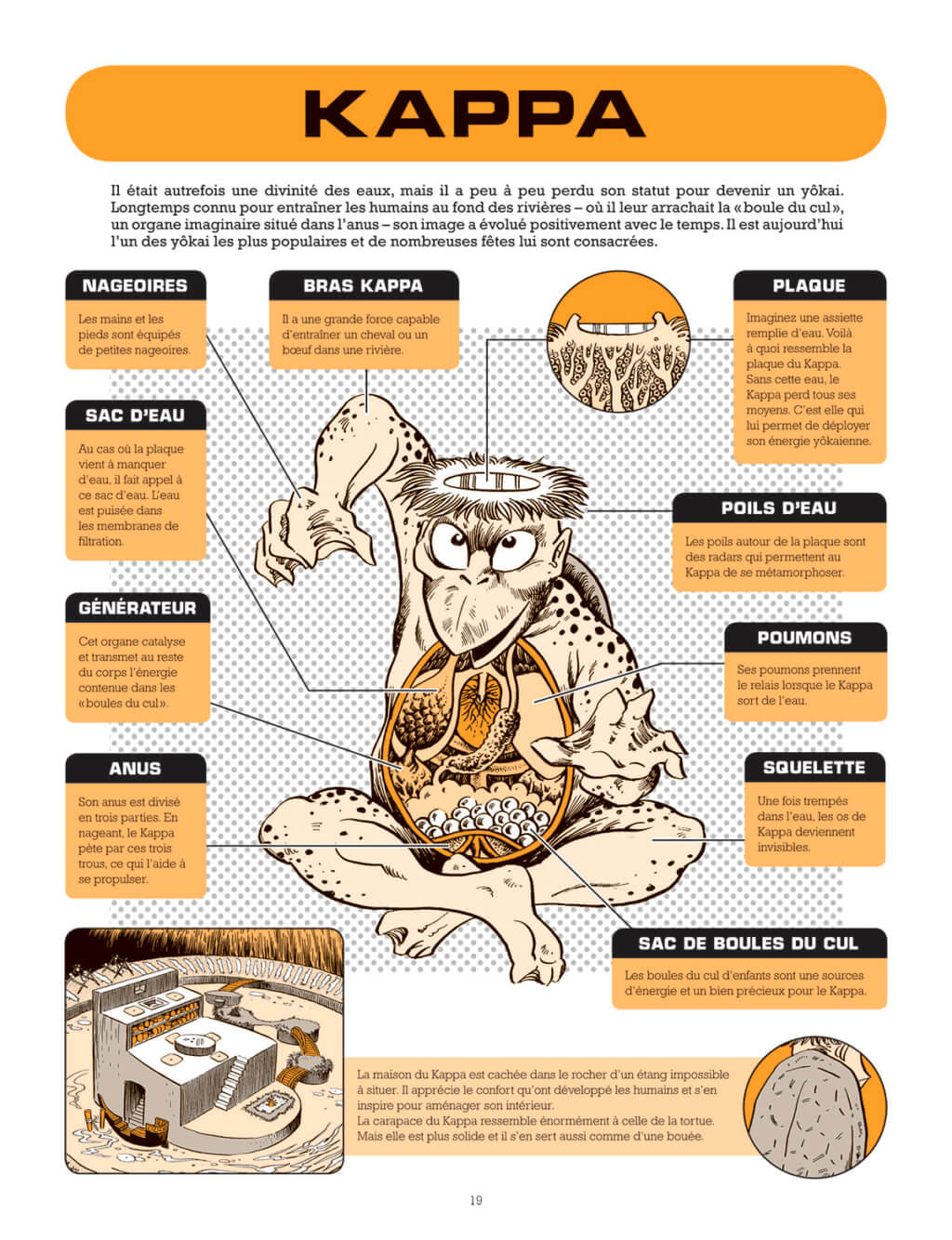 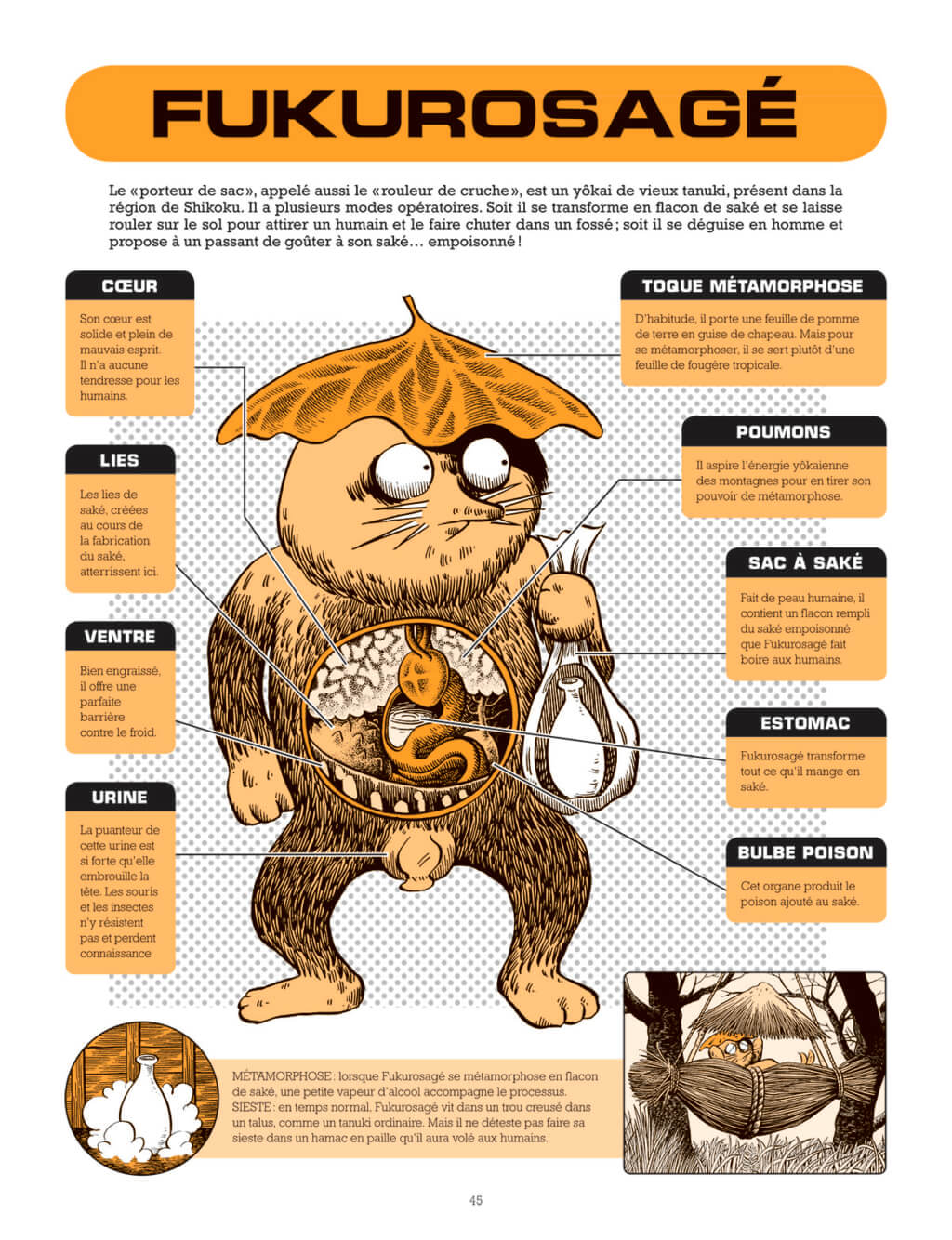