Shunga was prolific in Japan during the Edo period, with ‘nanshoku’ referring to the depiction of homosexual erotica. 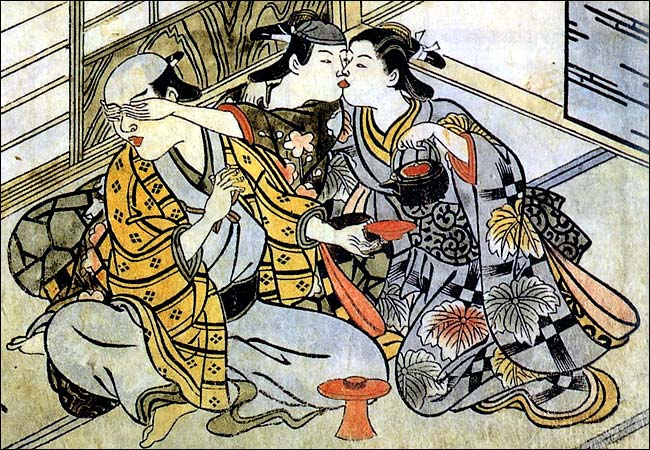 The scenes contain a complex morality when considered by contemporary standards. The images often depict a sexuality derived from practices within monasteries when an older partner such as a priest or a monk would have sex with a younger, often pre-pubescent partner. These religious practices were replicated in samurai circles, and young samurai would be sent to Buddhist monasteries during training. Many would enter into same sex relationships with older monks.

This age-structured sexuality came to be known as shudo, meaning ‘way of the young’. The prevalence of male homosexuality has often been attributed to the gender imbalance of the population during the Edo period, which was about 70% male, and the scenes in which partners are dressed in women’s attire refers to onnagata from Kabuki theatre, where men would play women’s roles.

Shunga, which euphemistically translates as ‘pictures of spring,’ is an important aesthetic reference in Japanese culture, with even artists such as Hokusai producing work in this vein. 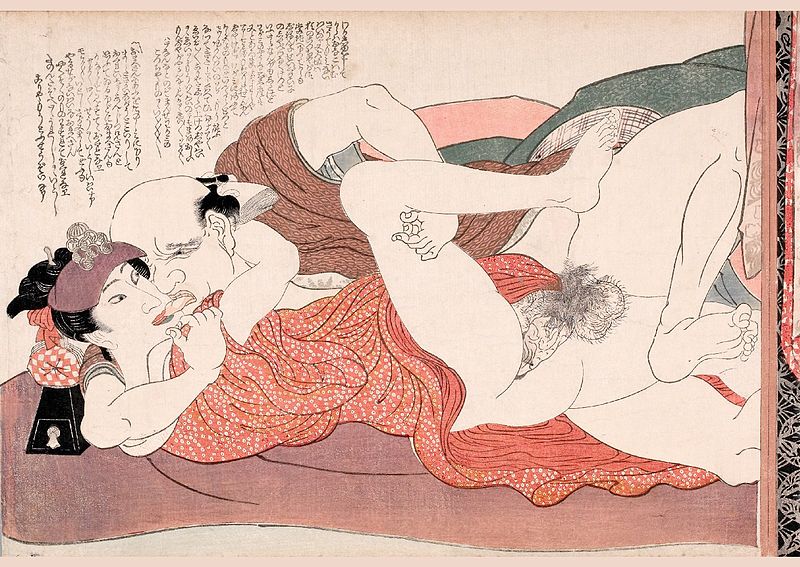 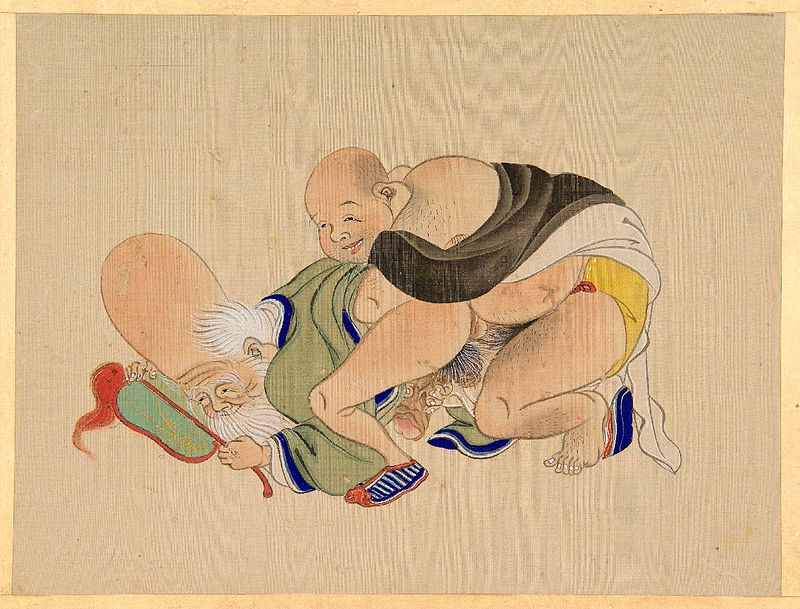 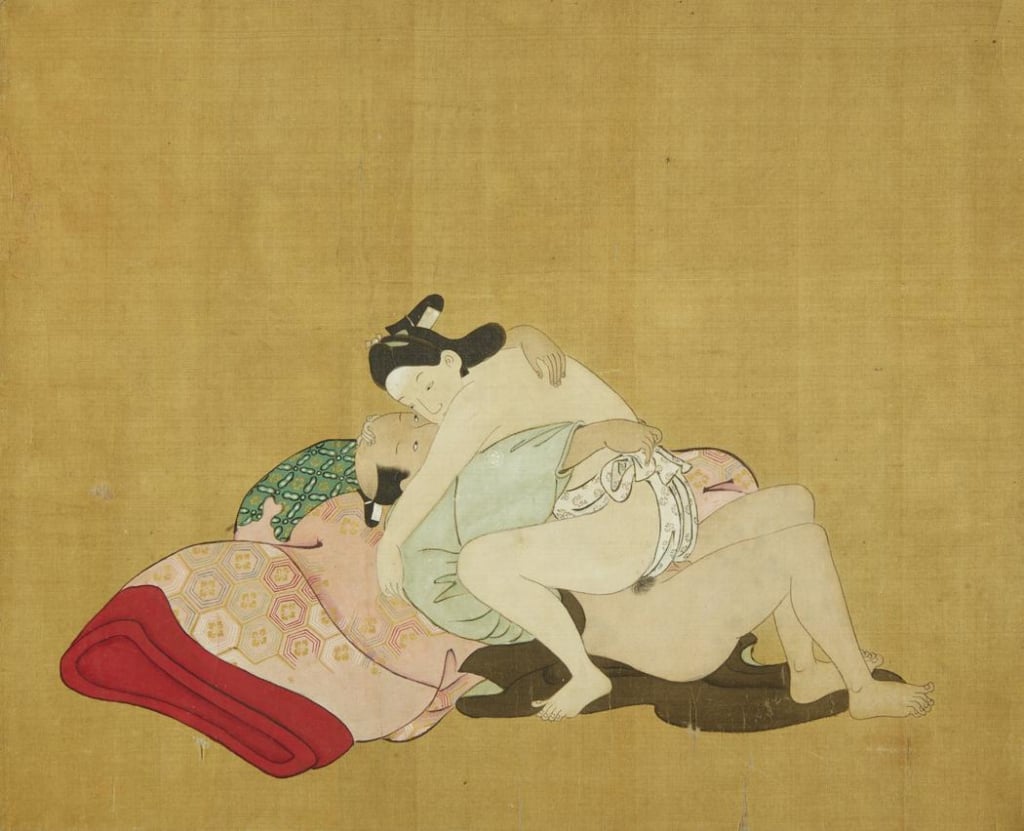 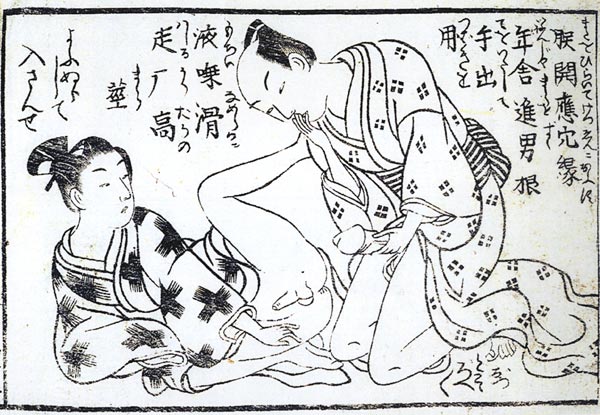