In the volcanic valley of Owakudani, curious looking black eggs with beneficial properties are cooked in the sulphurous waters. 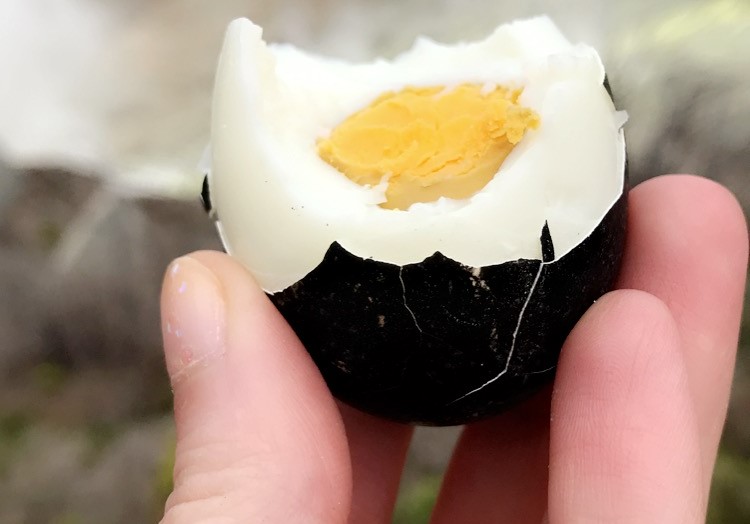 Two hours west of Tokyo lies the volcanic valley of Owakudani, ‘the boiling valley.’ Formed when Mount Hakone erupted 3000 years ago, puffs of smoke can still be seen escaping from it today because the volcano is active.

Situated at an altitude of 1000 m, the main sulphur mine is open to visitors. It can be accessed by road or by a cable car that offers an impressive view over Lake Ashi and the arid, smoking mountain. This tourist destination is where the famous black eggs are found, and visitors snap them up from the little shops nearby.

The legend of the black eggs dates back to the Heian era (794-1185), when the famous monk Kukai Kobo Daishi, founder of the Shingon (‘true word’) school of Buddhism, visited the region, which was known at the time as Daijigoku, ‘the great hell.’ It is said that he was saddened by the gloomy expressions on the faces of the residents of this arid and desolate valley, and thus said a prayer for them for health and long life, characterised by a statuette of Buddha that he sculpted himself, encouraging the consumption of eggs cooked in the boiling waters.

Visitors can admire this statue that is housed in a shrine named Owakudani Enmei Jizoson. It is customary to say a prayer for it and then eat a black egg, in order to increase one’s life expectancy by seven years. These eggs can only be found in Owakudani, where they are cooked in the sulphur mine every day, close to the shrine. The valley, meanwhile, only changed its name in 1873, when the imperial couple visited the region. The name ‘great hell’ seemed disproportionate and frightening and was changed in favour of ‘boiling valley’, as it is currently known.

A meaty, rich, and salty flavour

Despite the spectacular, highly symbolic dimension of the colour of the black eggs, there is nothing magical about how they are produced. Hens’ eggs with light-coloured shells are immersed in the volcanic water for an hour at a temperature of 80°C. The iron contained in the sulphur penetrates the shell and starts to turn it black by means of a chemical reaction. After being steamed at 100°C for a further 15 minutes, the shell becomes black like coal.

The process is carried out by professionals, the Mushitaka. The inside of the egg remains white and yellow; only the shell changes colour. The flavour, meanwhile, is similar to that of ordinary hard-boiled eggs, although shops suggest that it is made up of 20% more umami, giving the eggs a meaty, rich, and salty flavour. Stores have now drawn inspiration from their star item for other products of the same colour, but not as a result of being cooked in volcanic waters: ice cream, filled bread, sweets… the result is particularly photogenic against the yellow hue of the mountain earth and the sulphur vapours.

More information about black eggs can be found on the website for the tourist destination of Owakudani. 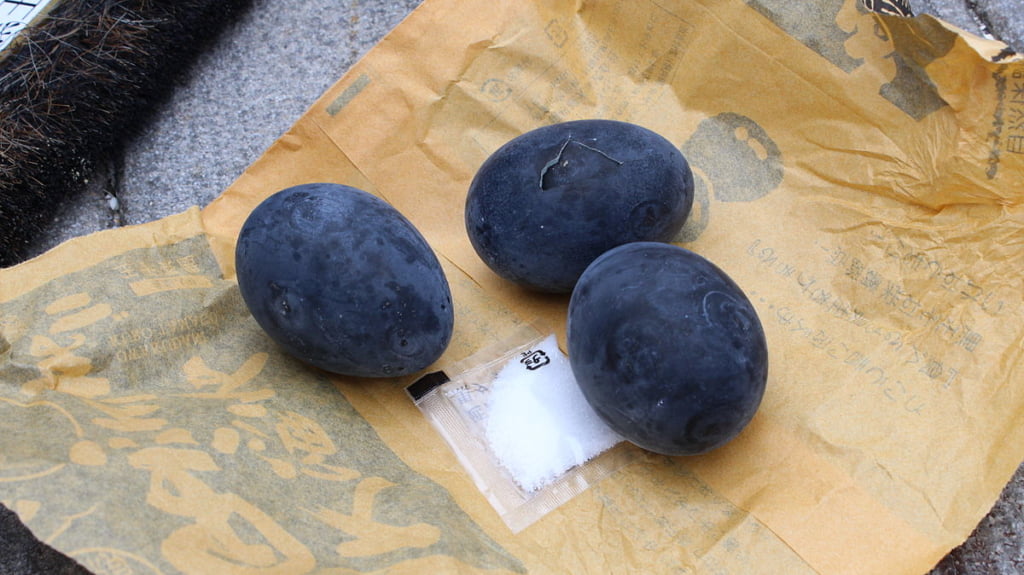 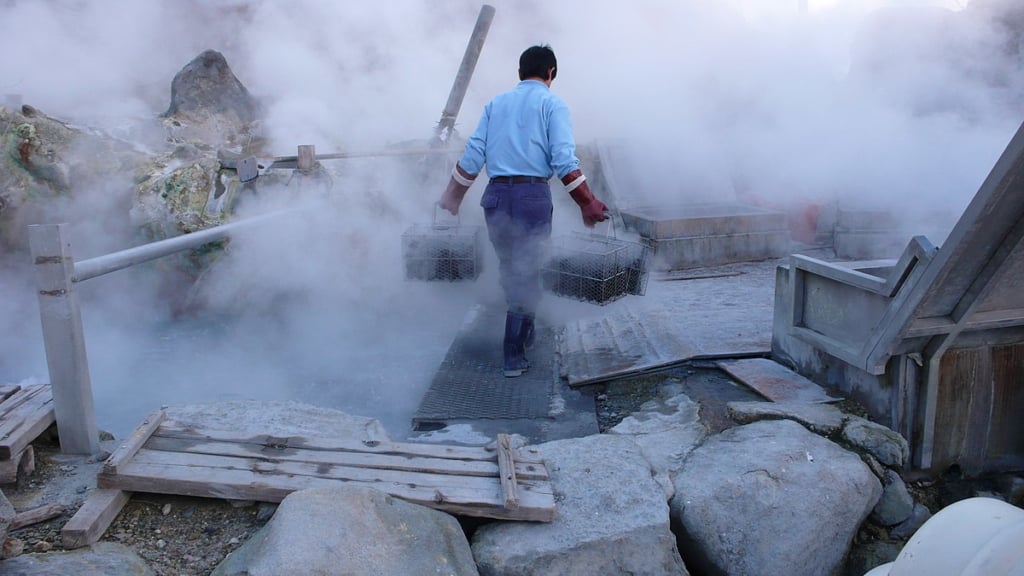 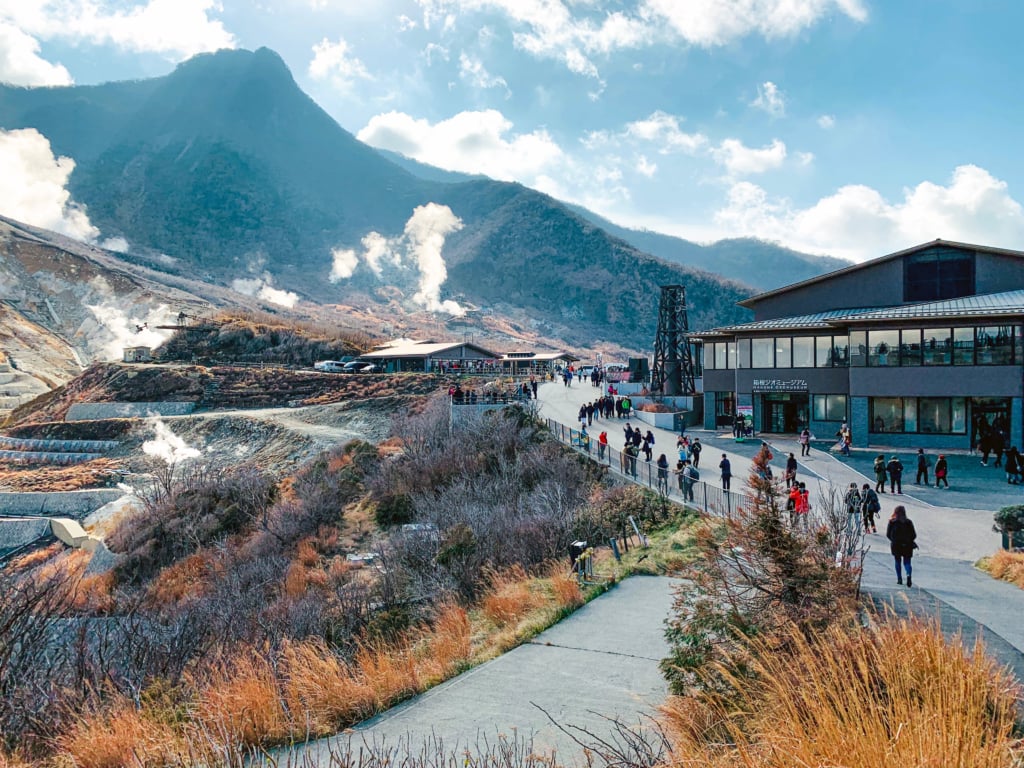 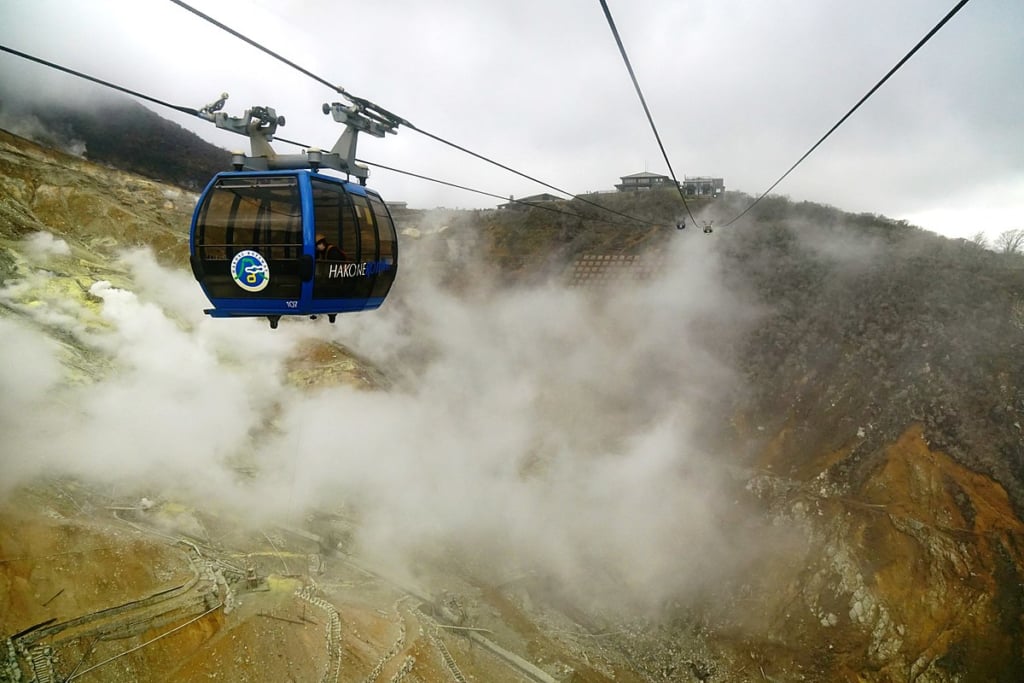 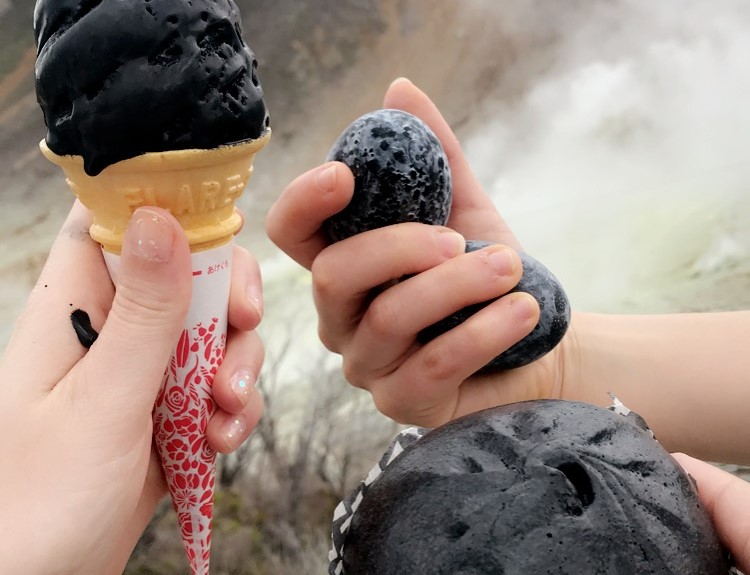