Inspired by frightening legends, the artist represented ‘yokai’, sly spirits in Japanese folklore, in a series of engravings. 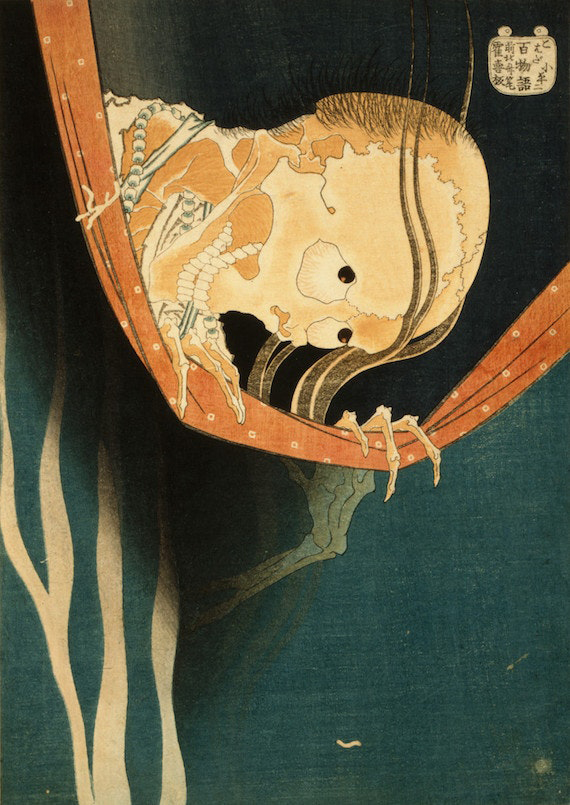 In his series of woodblock prints Hyaku Monogatari, One Hundred Ghost Stories, begun in 1830, Katsushika Hokusai summons vengeful and cannabalistic monsters and ghosts instead of his traditional Japanese landscapes. This series of engravings takes inspiration from a Japanese tradition, Hyakumonogatari Kaidankai, a moment shared between friends, surrounded by dozens of candles, where each one shares a scary story with the rest of the group before blowing out one of the candles. Legend has it that once the final candle is blown out, a spirit appears.

Revenge of the spirits

These illustrations feature characters well known to fans of yokai, sly spirits that come to haunt the living. Central characters in Japanese tales and legends, they take multiple forms: menacing animals, monsters, or objects that come to life when night falls.

Katsushika Hokusai depicts Oiwa, for example, who appears in one of Japan’s most famous ghost stories. This woman, killed by her husband, who wanted to marry a younger, more attractive woman, is reincarnated on her former husband’s wedding night as a paper lantern that comes to haunt the young couple. Another example is the real-life historical figure of Kohada Koheiji, shown by the master printmaker as being raised from the dead to torment his wife and her new lover.

One Hundred Ghost Stories, Hyaku Monogatari (1831-32), is a series of prints by Katsushika Hokusai. 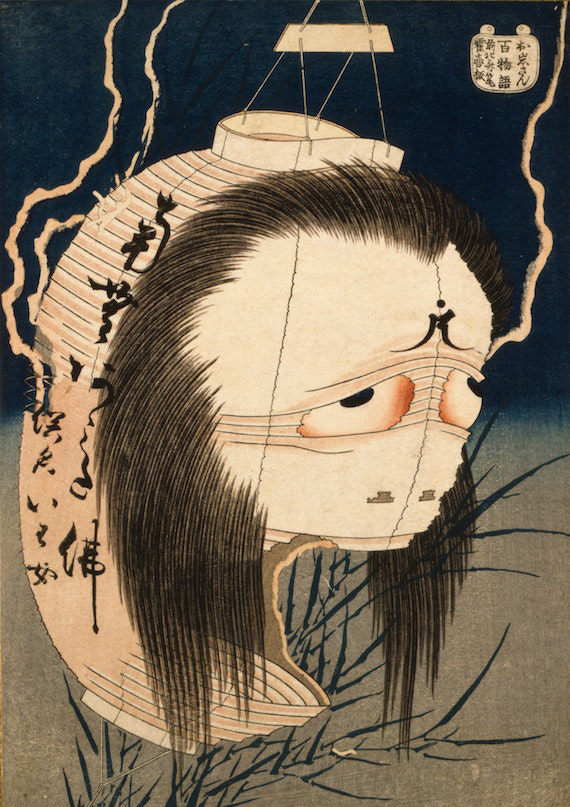 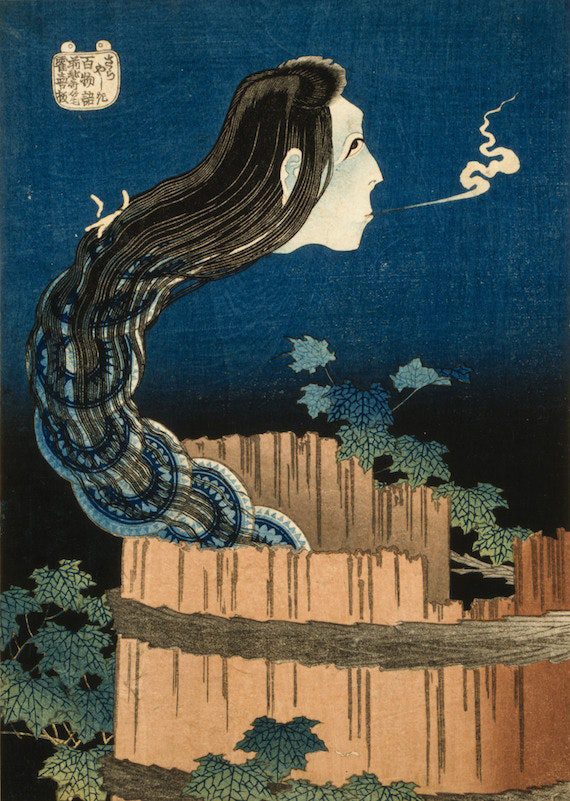 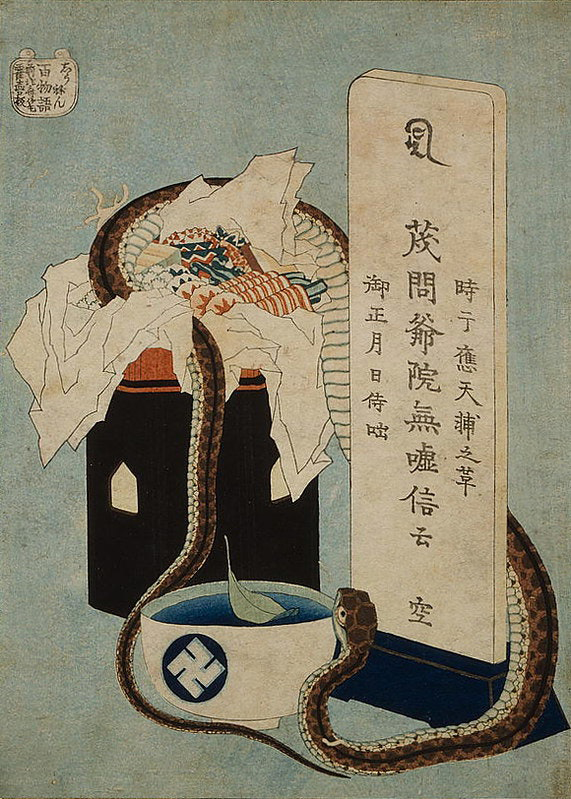 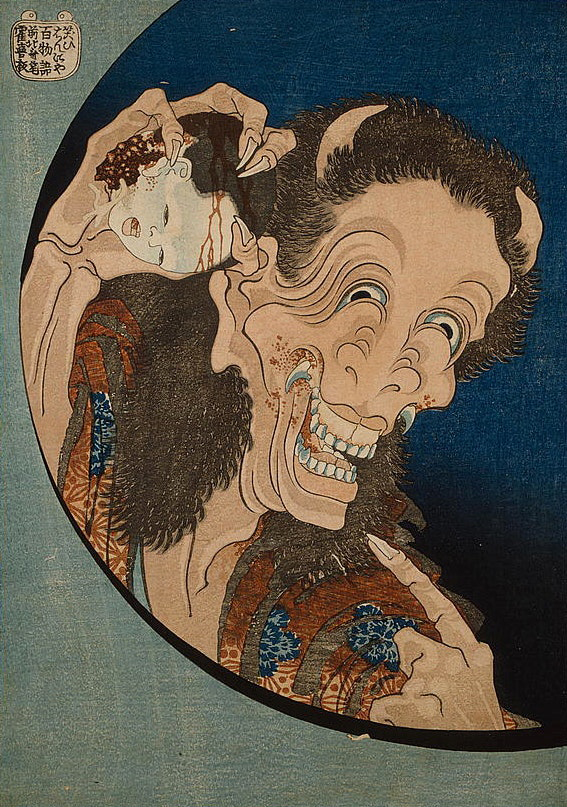