Exhibition in Homage to the Olympic Games

Oscar Oiwa, a Brazilian artist of Japanese origin, dedicated an exhibition to the Olympic Games assisted by other artists in Paris, in 2019. 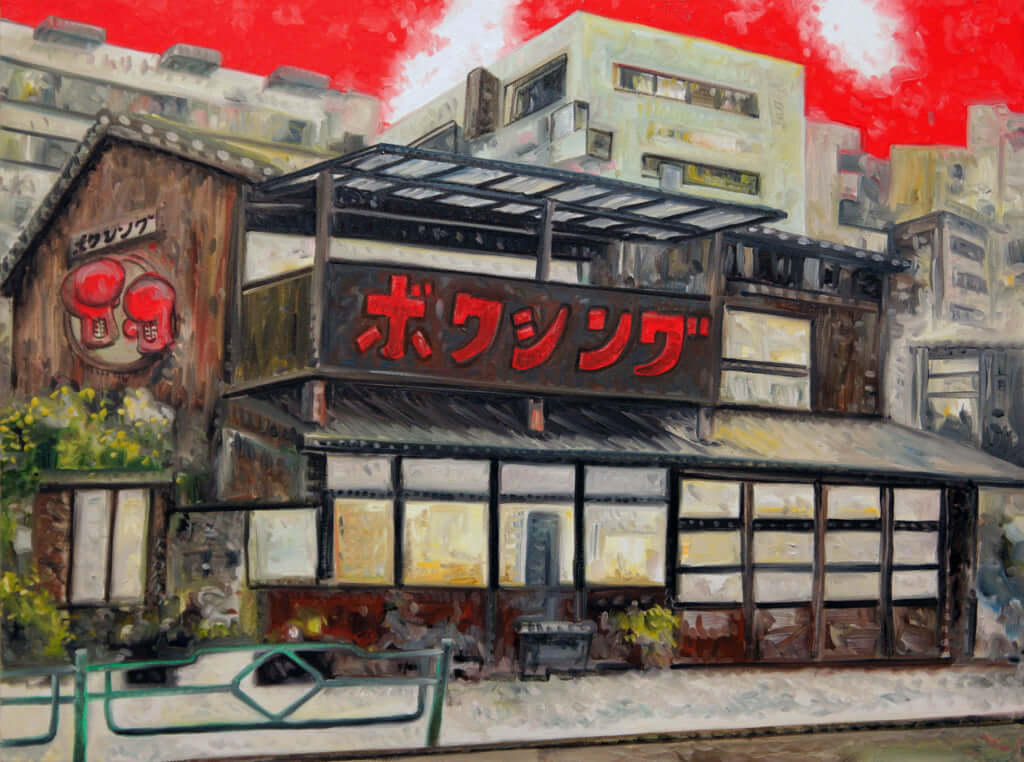 Born in São Paulo to Japanese parents, artist Oscar Oiwa is also a huge fan of French culture, transposing his broad cultural heritage onto monumental black-and-white frescos that are both precise and ironic, somewhere between the realistic and the fantastical. At the Maison de la Culture du Japon in Paris, in 2019, Oscar Oiwa depicted Rio, Tokyo, and Paris in an allegorical fashion, as cities enveloped in chaos where nature is over-exploited.

A play on Olympic cities’ symbols

According to the curator Aomi Okabe, it was after having invited the artist Oscar Oiwa that he realised the link between these three cities, key to the artist’s work.

Passionate about sport, the artist dives deep into these cities, all of which hold particular personal significance for him, and all of which have hosted or are due to host this international sporting event. Attendees of the exhibition were invited to rethink their vision of sport and contemporary society with a sense of humour and nostalgia.

For the exhibition, Oscar Oiwa created three frescos, each measuring 6.7 metres, that form a triptych, each representing an aerial view of one of the three cities. There are certain easily identifiable monuments such as the Eiffel Tower, the Shibuya district and the Bay of Rio, as well as various other details that define each Olympic capital.

For example, when depicting Paris, the artist chose to illustrate the Revolution, weaving in the storming of the Bastille in 1789, the student protests of May 68, and, more recently, the Gilets Jaunes movement. These works, laced with a sarcastic narrative, are accompanied by several oil paintings through which Oscar Oiwa presents his personal view of the three Olympic capitals in a metaphorical manner.

According to the artist, the most important element of the exhibition is drawing. We have recently seen the emergence of digital technology in contemporary art; however, in both East and West, man has always drawn using his hands, and it is based on this simple observation that the artist wanted to highlight this form of art that has played such a large part in his life and career.

The exhibition also featured two visual artists working in Paris: Makiko Tanaka from Japan and Camille Fontaine from France, a graduate of Tokyo University of the Arts.

Makiko Tanaka chose to represent the Olympic Games with a 6-metre historical timeline packed with colour and detail. The work was created using watercolour on Japanese paper and depicts each sport with unnerving precision. It is even possible to distinguish certain Paralympic athletes, as well as Zeus and the Eiffel Tower.

With a much more minimalist approach, Camille Fontaine focused on different locations of the Games, and more specifically certain details of the constructions. A fan of geometric lines, the artist chose to depict the bottom of a yet-to-be-built swimming pool and the Stade de France seen from the presidential stand.

Three painters, three techniques, and three different artistic visions united to comment on the sociocultural aspect of sport, its history and its evolution. According to the curator, these three approaches celebrate the sport that humanity has transmitted through the generations since ancient times until today, illustrating images of the past, the near future, and the distant future across these three cities.

Two years later, while the Tokyo 2020 Olympics were cancelled due to the coronavirus pandemic, Oscar Oiwa released a series created in confinement, Quarantine Drawing. 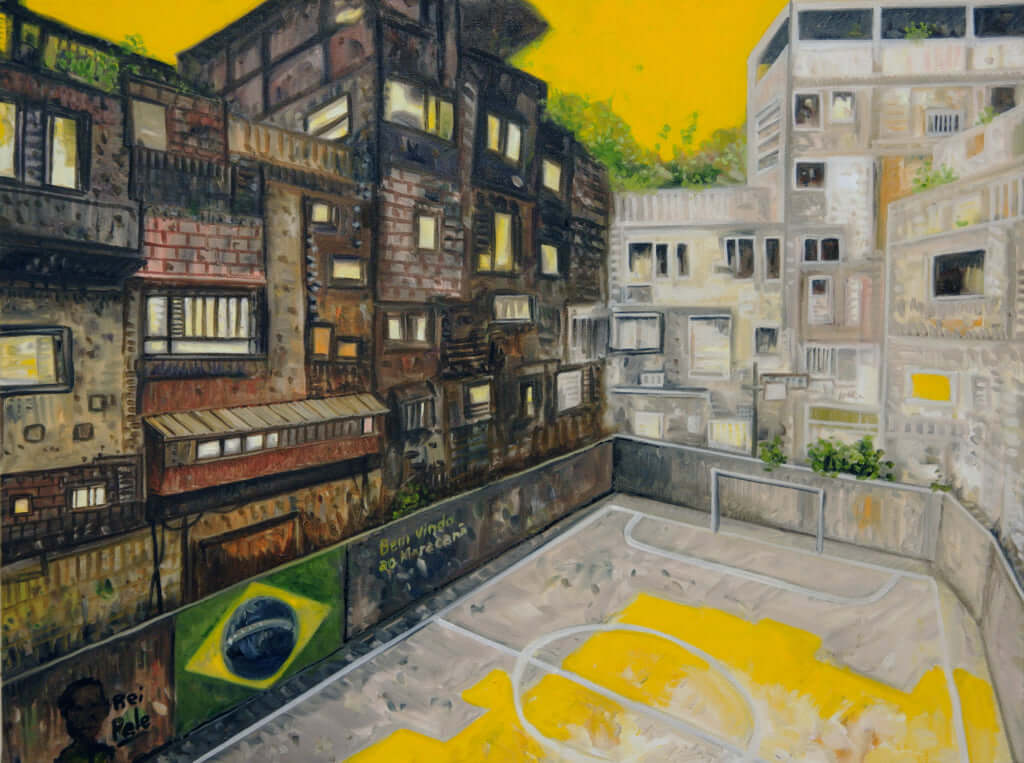 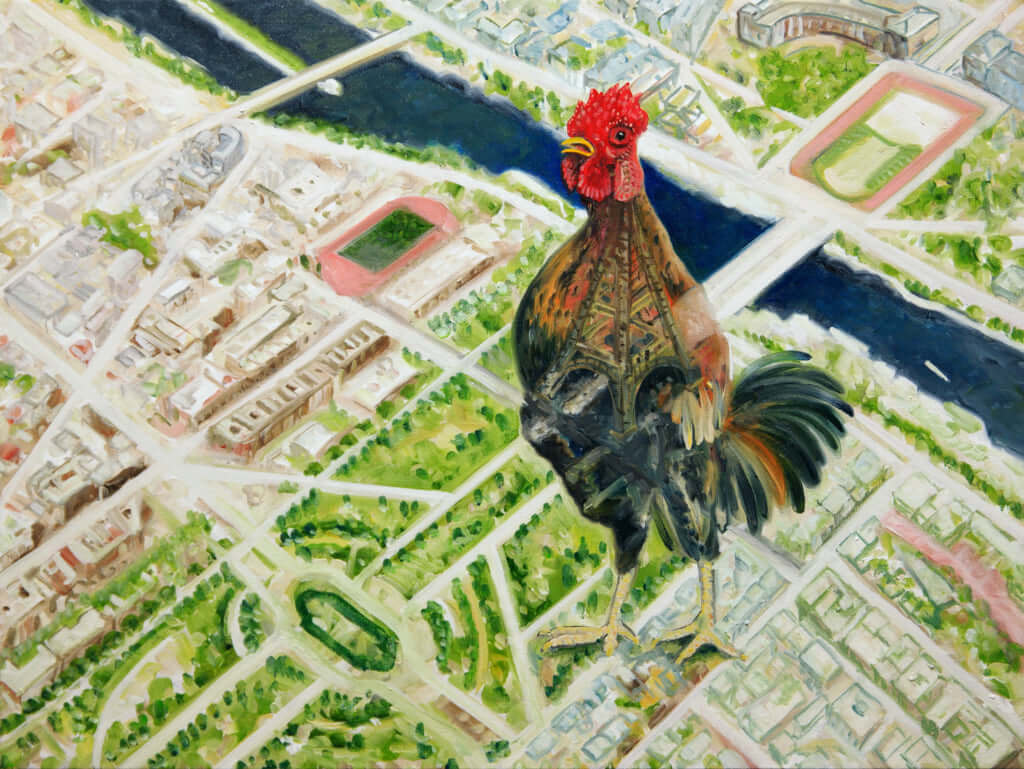 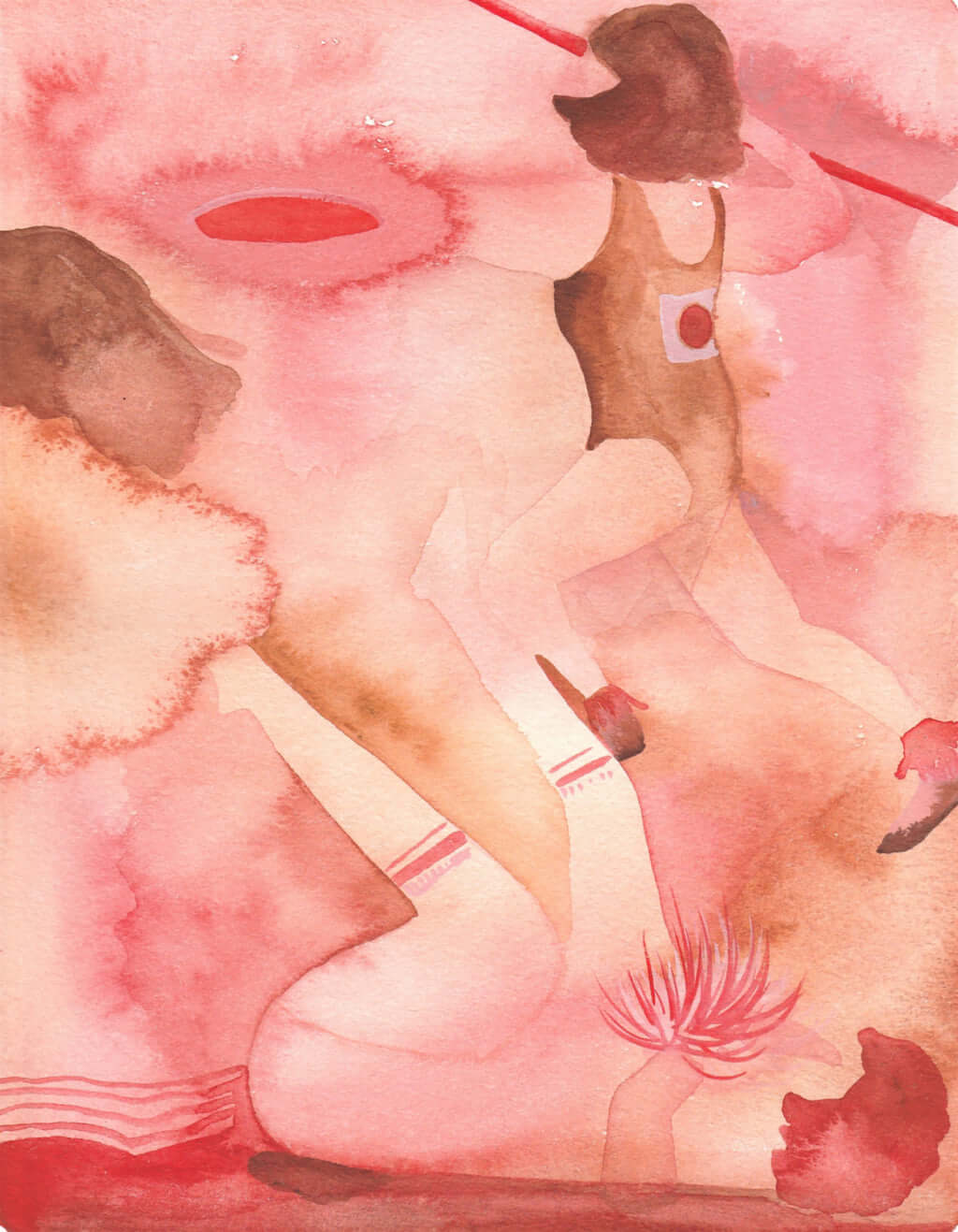 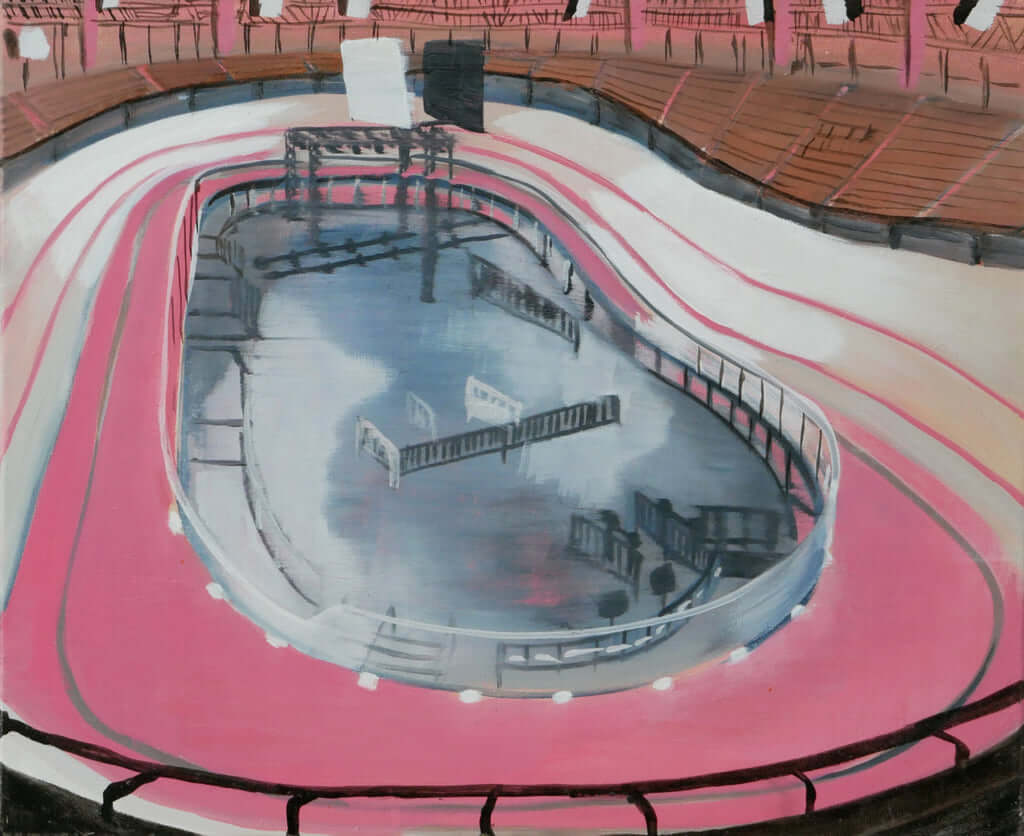 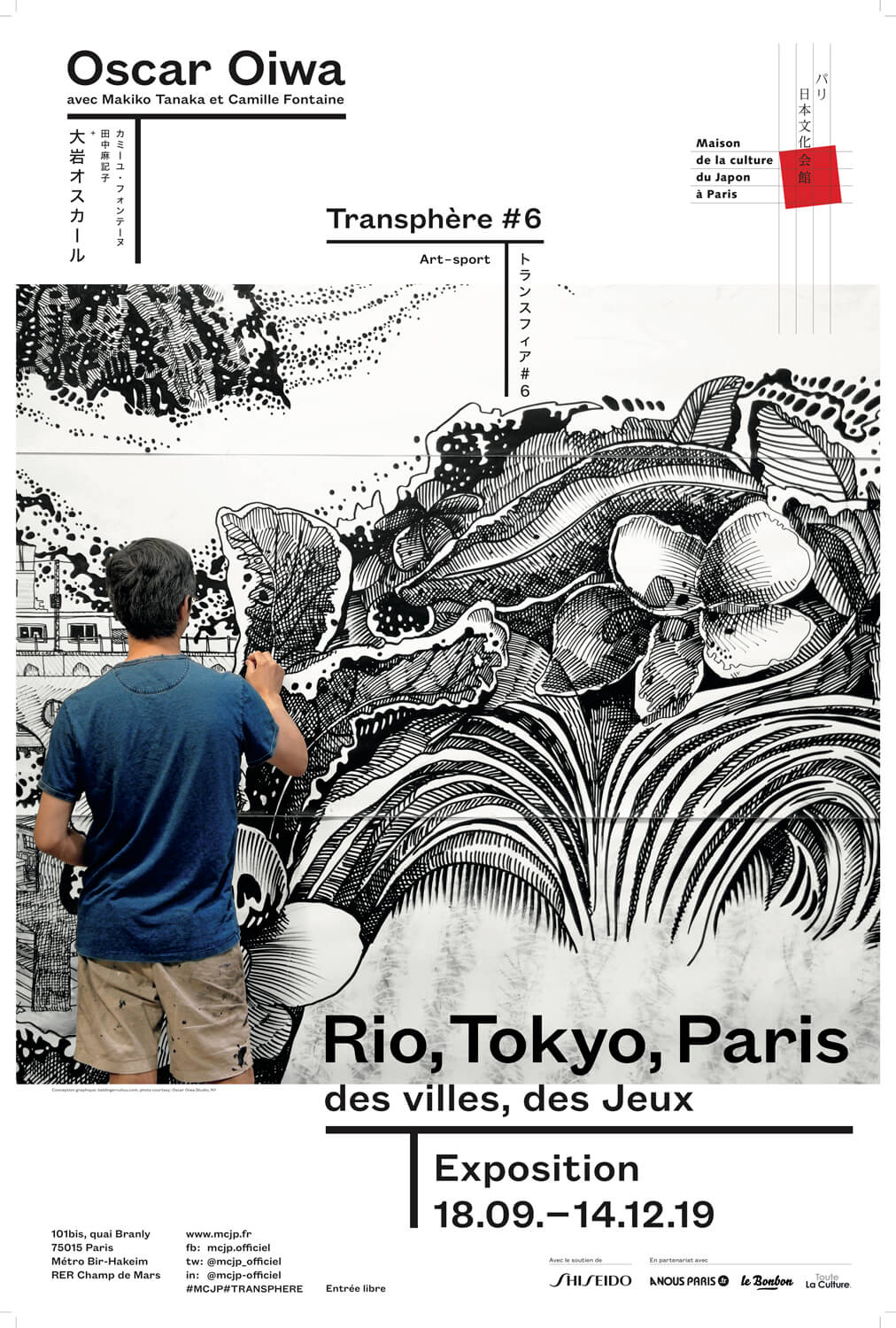