Tetsuya Ishida, painter of the ‘lost generation’, highlights the sense of isolation and alienation felt by young Japanese people in his work. 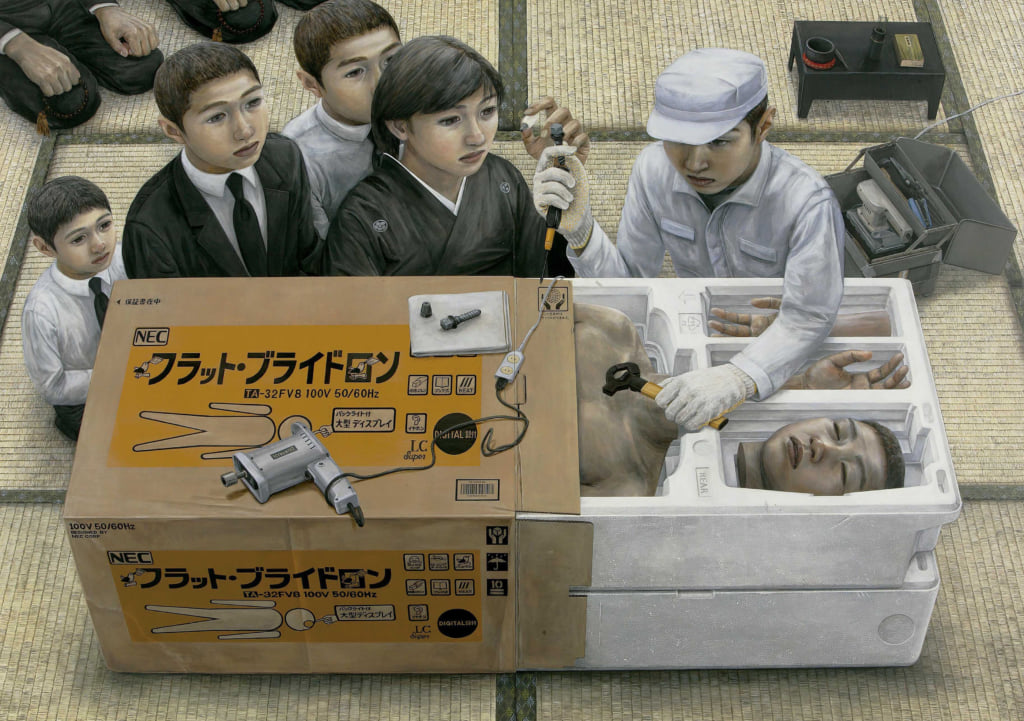 A child whose face looks like a black hole, bodies bound and bent, as if enslaved in an office giving a slight impression of claustrophobia, others shaped to form an integral part of a production line… Tetsuya Ishida seems to manhandle the humans who he paints on his canvases. However, this is not the case. The artist’s work is, in his opinion, just an allegory for Japanese society that torments those within it, who are transformed into servile, docile bodies.

Tetsuya Ishida was a contemporary painter who was born in 1973. After finishing Yaizu Central High School, he studied visual communication design at Musashino Art University, before graduating in 1996. He then embarked on a career as a painter, and achieved considerable success after one of his pieces was sold at Christie’s auction on East Asian avant-garde art, held in 1998. His brief career was cut short after just ten years when the artist passed away in 2005 after being hit by a train.

Representing the members of the ‘lost generation’ (1991-2001) —those who grew up in a context marked by the bursting of the real estate and financial bubble in Japan that plunged the country into a period of recession– Tetsuya Ishida constantly sought to translate their state of mind into painting. He explores feelings of uncertainty, desolation, isolation and alienation in a system driven by the imperatives of productivity and competition.

Around twenty pieces of the artist’s work were donated by his family to the MOA art museum in Shizuoka prefecture where Tetsuya Ishida hailed from, and are now part of its permanent collection.

Tetsuya Ishida’s work is represented by the Gagosian Gallery. 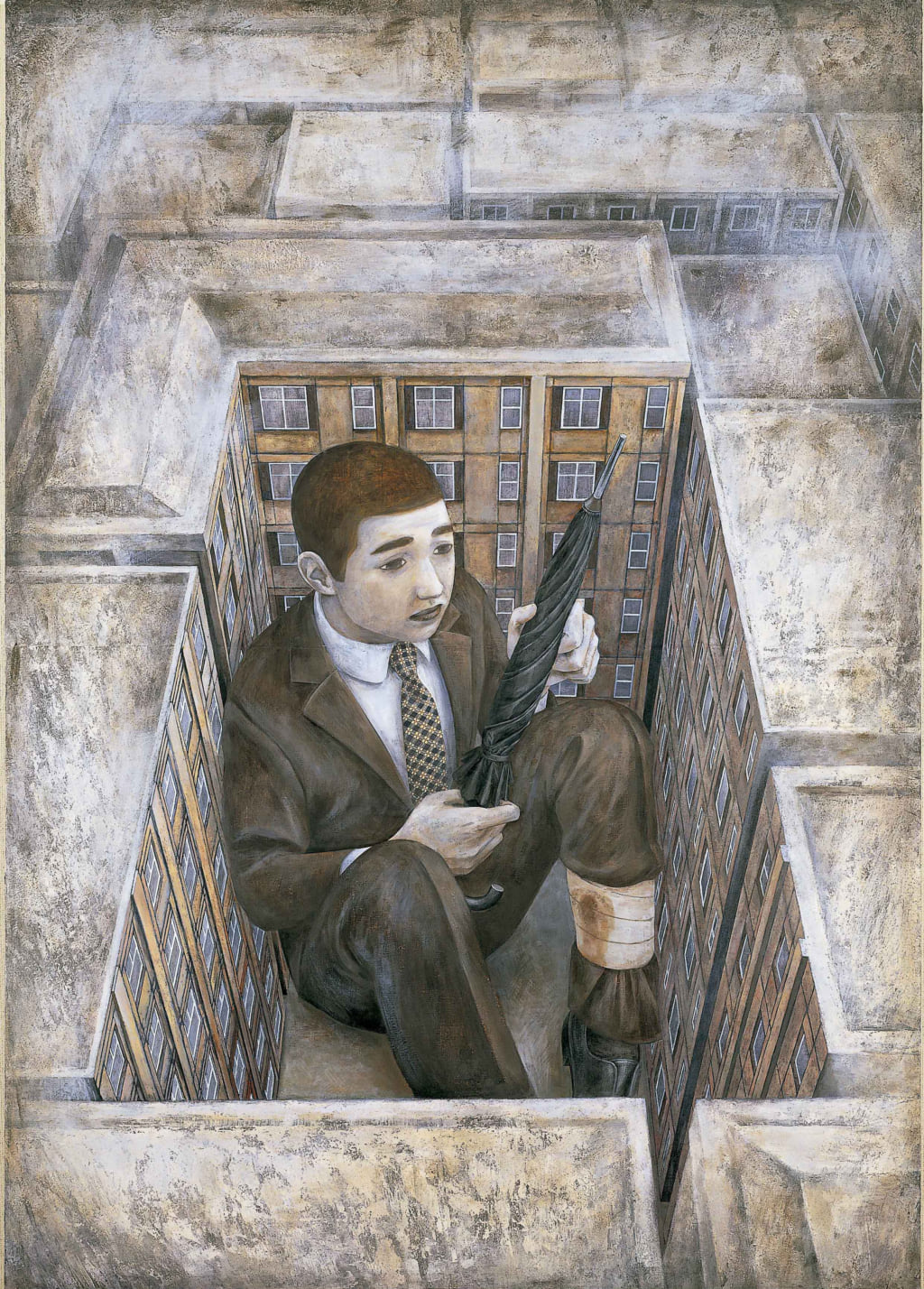 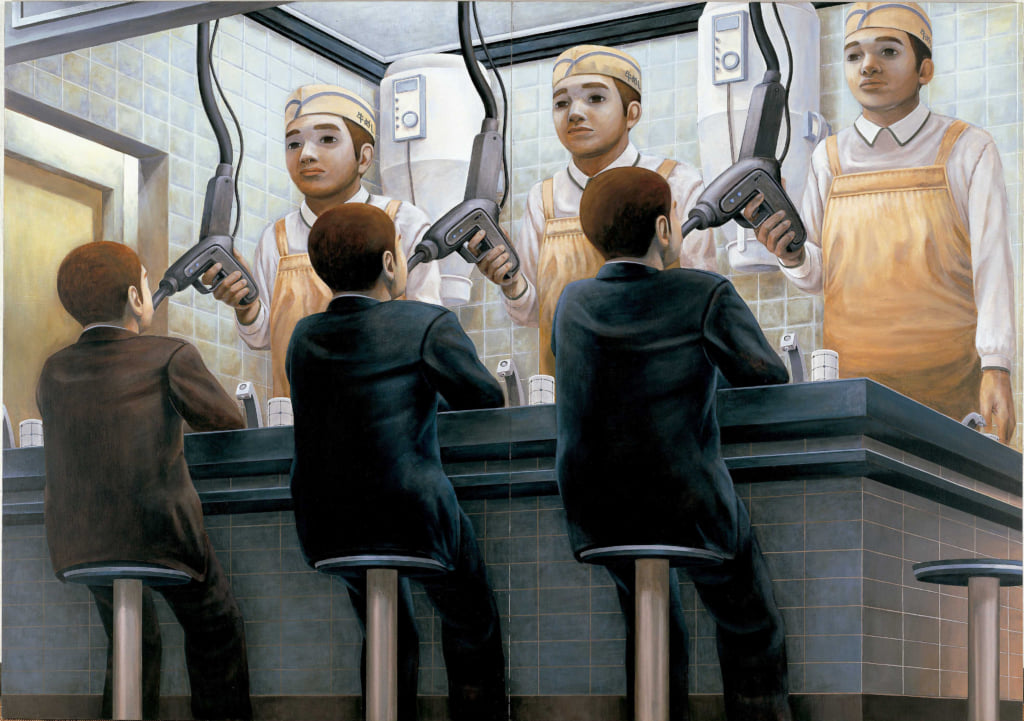 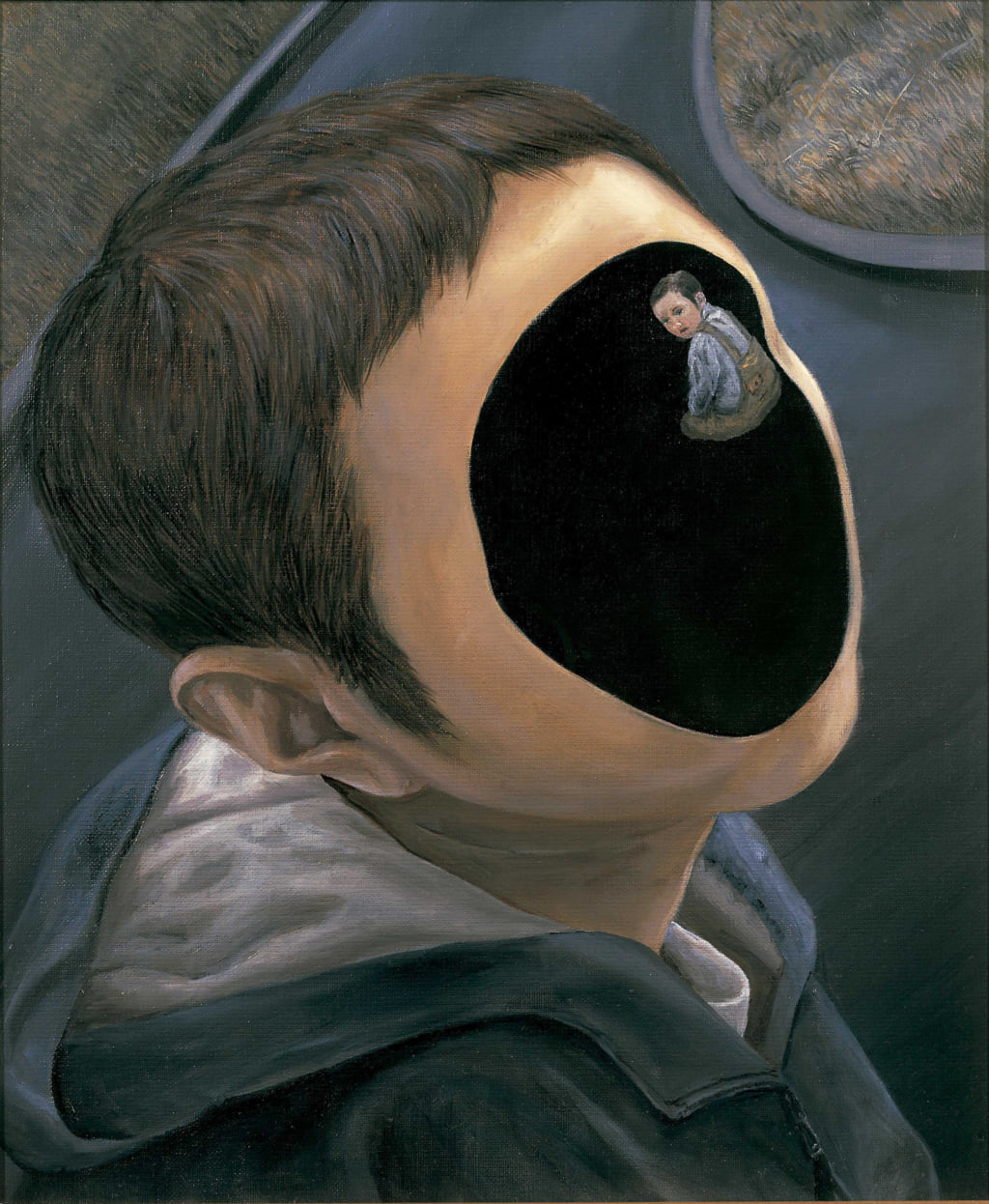 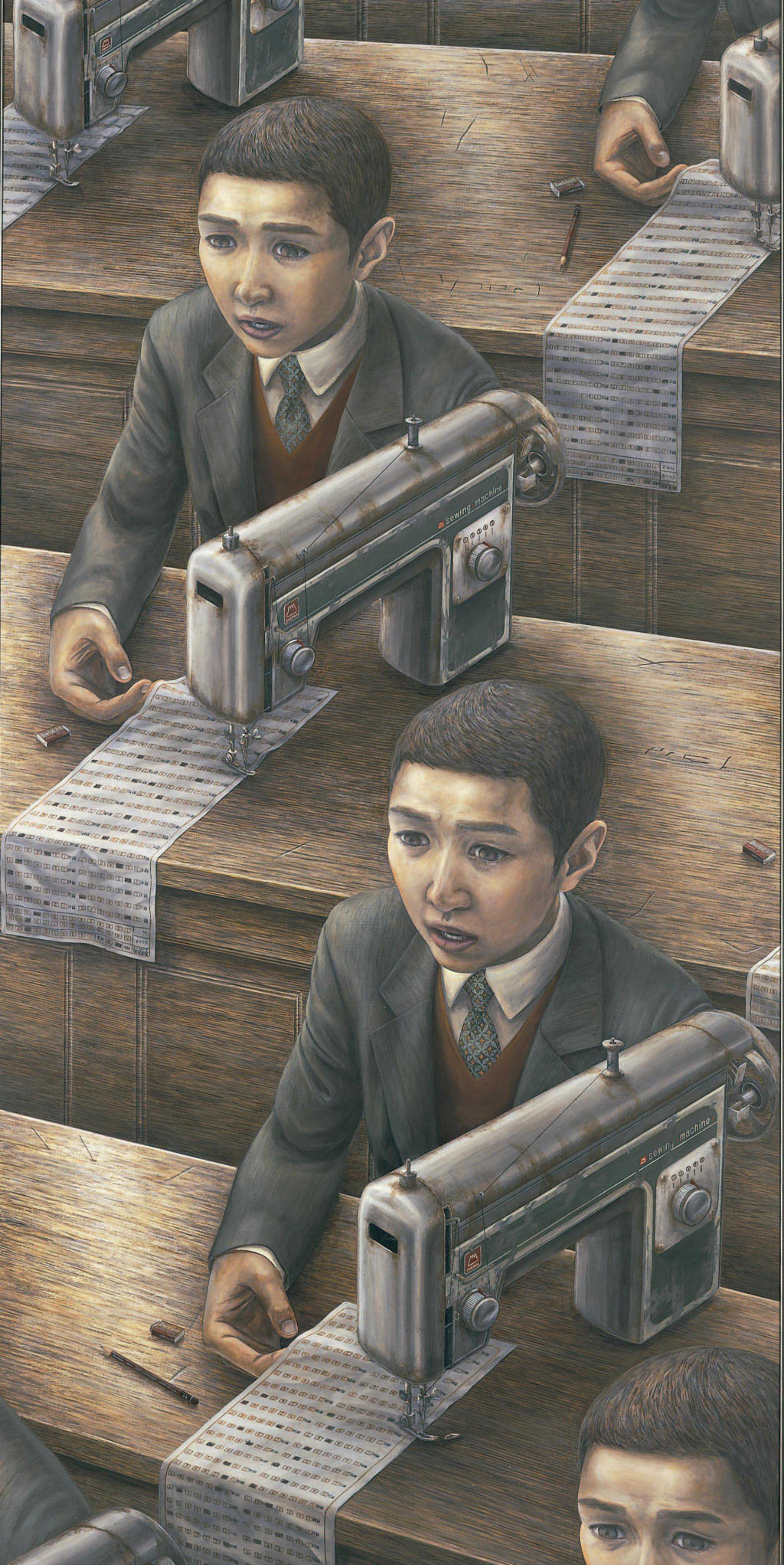 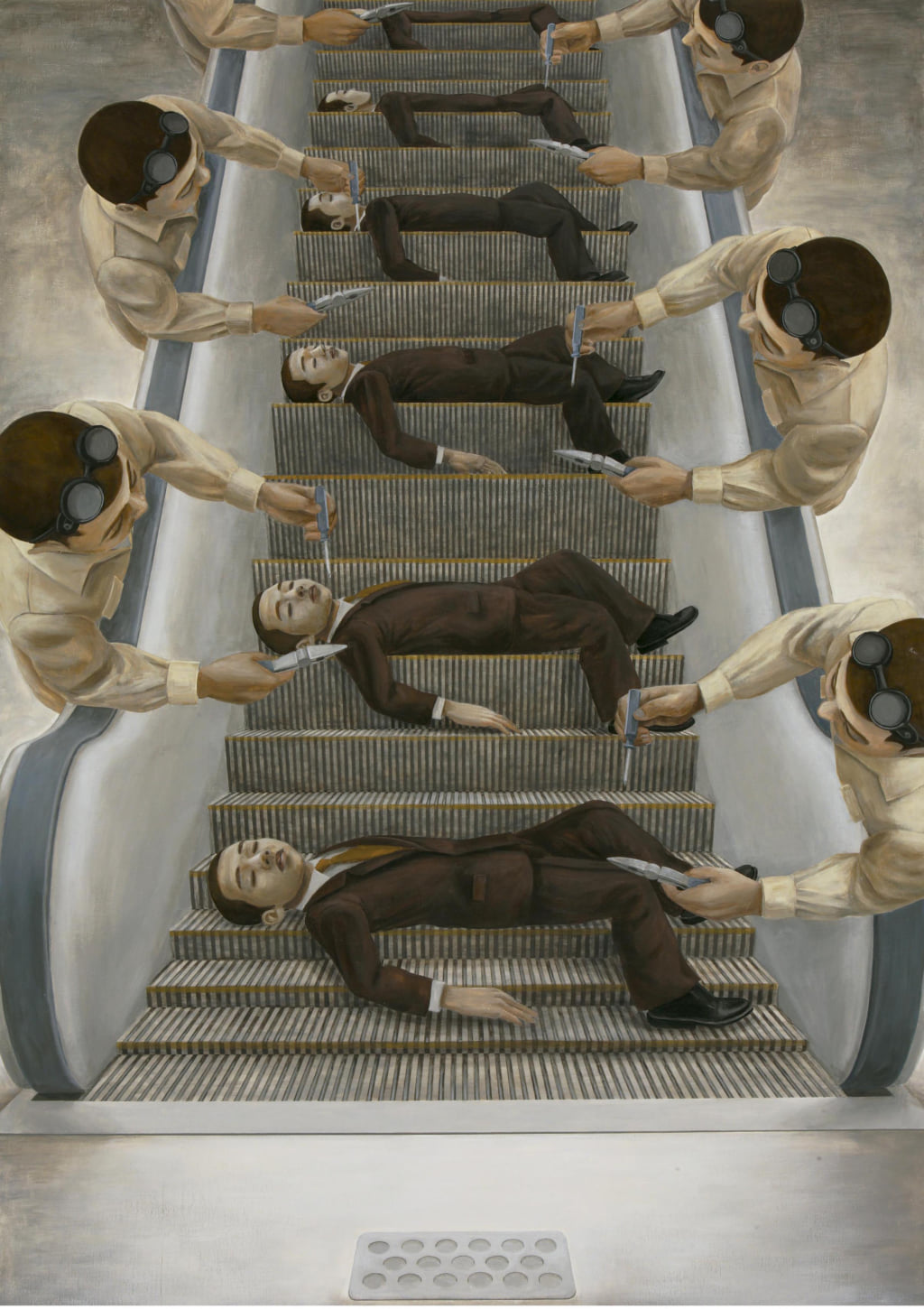 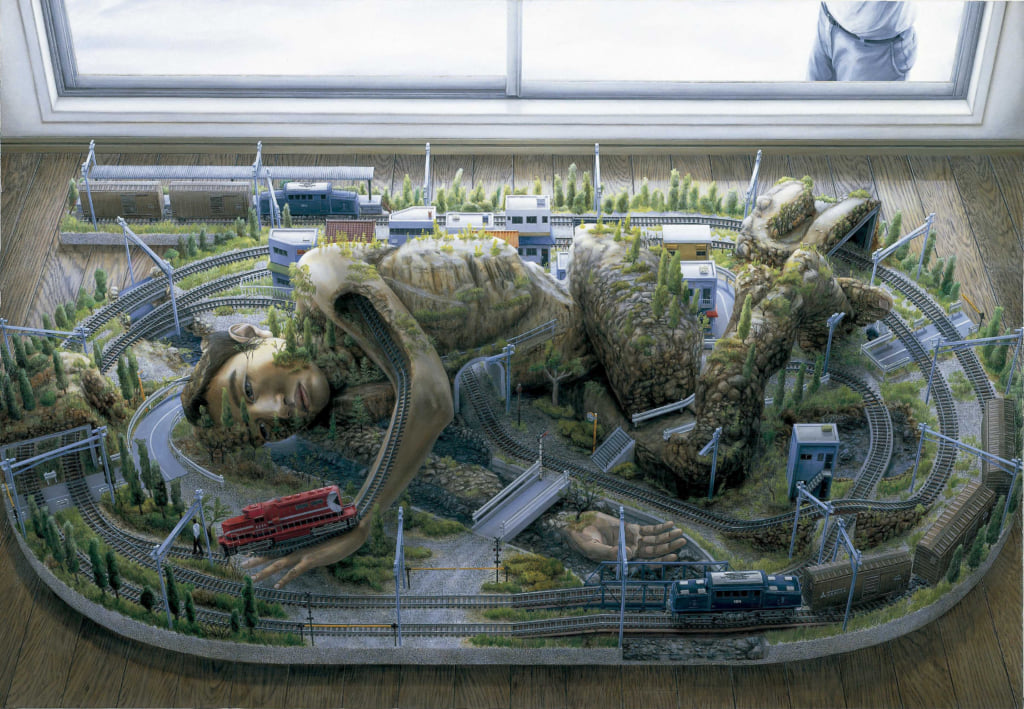 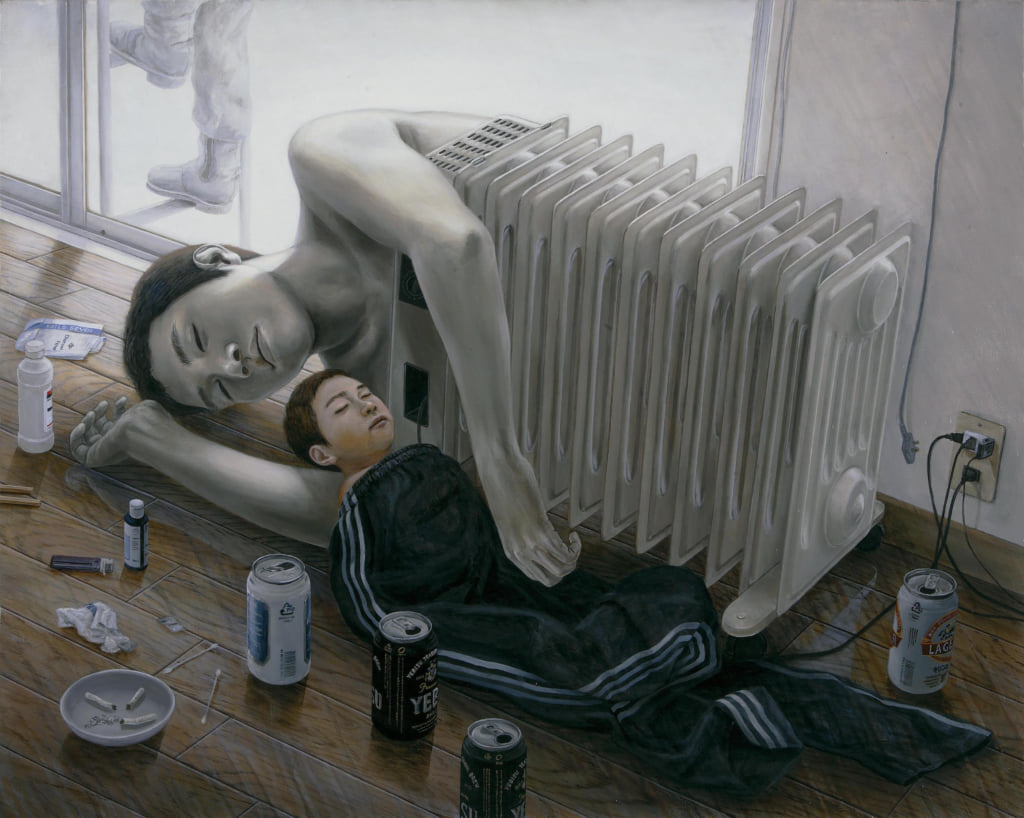