Exemplary of what the artist calls ‘Abstract Journalism’, this project delves into the pomp and ceremony that surrounds tea. 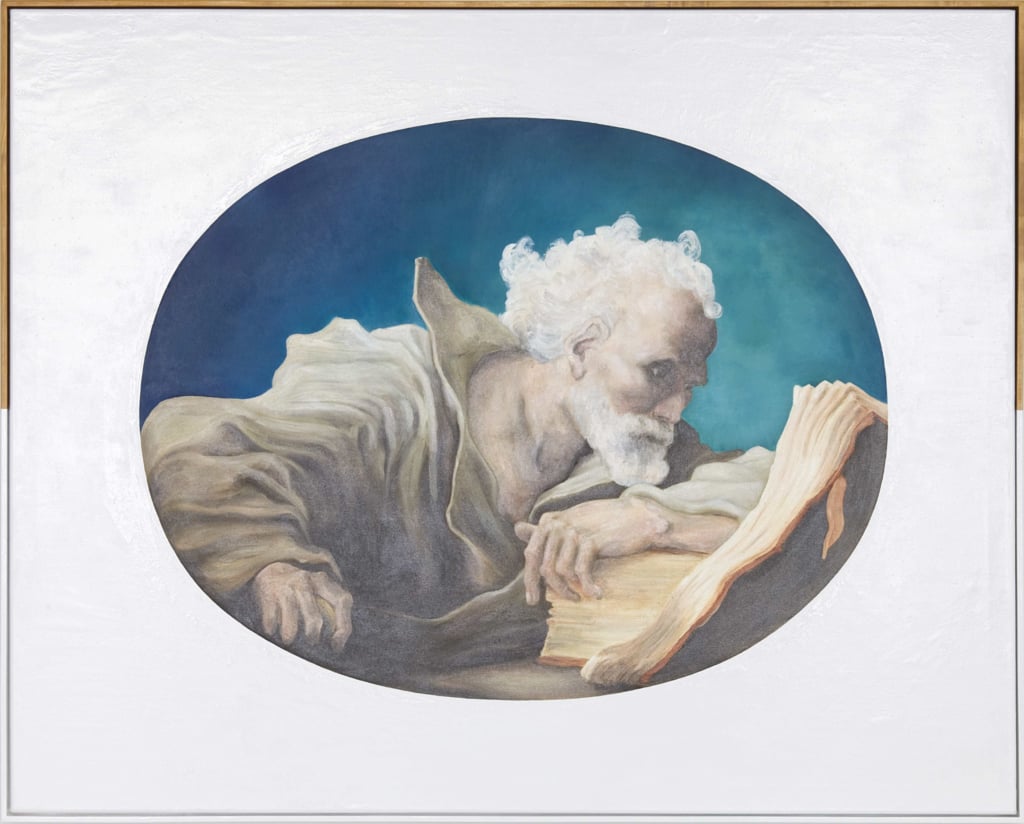 Thomas Jeppe’s durational project Asiatische Adlernase was first conceived following a 2010 interview with ‘a German gallerist (Florian Baron) who left the art world in search of a prestigious cultural form with a foundation of objective reasoning.’ For the gallerist, such an object was to be found in Taiwanese tea.

The conversation between Florian Baron, Thomas Jeppe, and his friend and collaborator Thomas Baldischwyler, revealed the former’s attempted introduction of Taiwanese tea practices into Germany to be marred in complex cultural structures, ‘primarily stemming from the clichéd divide, East and West,’ explains a press release.

Born in 1984 in Australia, as an artist Thomas Jeppe focuses on the social histories around cultural production, working with painting, photography, sculpture, and publishing.

In 2012, Thomas Jeppe took his own trip to Taiwan, ‘informed by the themes of master culture, vernacular rituals, anti-globalism, and the difficulties of cultural transposition.’ During his research into tea, the artist drew on Kakuzo Okakura’s 1906 Book of Tea, published in Japan, which he calls a catalyst for a culture of prestige that surrounded tea beginning in the 20th century. Throughout conversations with his collaborators, Thomas Jeppe provides meticulous facts. ‘I was reading The Book Of Tea about tea rooms in Japan… Always the smallest room in the house, ten square feet. But they also say that there’s as much effort and thought put into constructing this room as there is in any mansion.’

Thomas Jeppe’s extensive research culminated in an exhibition in 2012 at Galerie Conradi in Berlin, featuring six large-scale paintings based on a lamp from a 19th-century Taipei mansion. A publication was also produced in concert with the exhibition featuring the original interview with Florian Baron and Thomas Baldischwyler. The project, comprising interviews, original artworks, exhibitions, and field research, is an exemplary form of what Thomas Jeppe calls ‘Abstract Journalism’, a practice in ‘art-making methodology involving rigorous investigation and lateral digression in the discussion of cultural situations… Abstract Journalism proceeds through divergence, either slight or dramatic, from the original topic or field of enquiry.’

Asiatische Adlernase (2012), a series by Thomas Jeppe, is published by Edition Taube.