Kenji Kawamoto travelled around Tokyo to photograph these ‘salarymen’ asleep in the city following a night of heavy drinking. 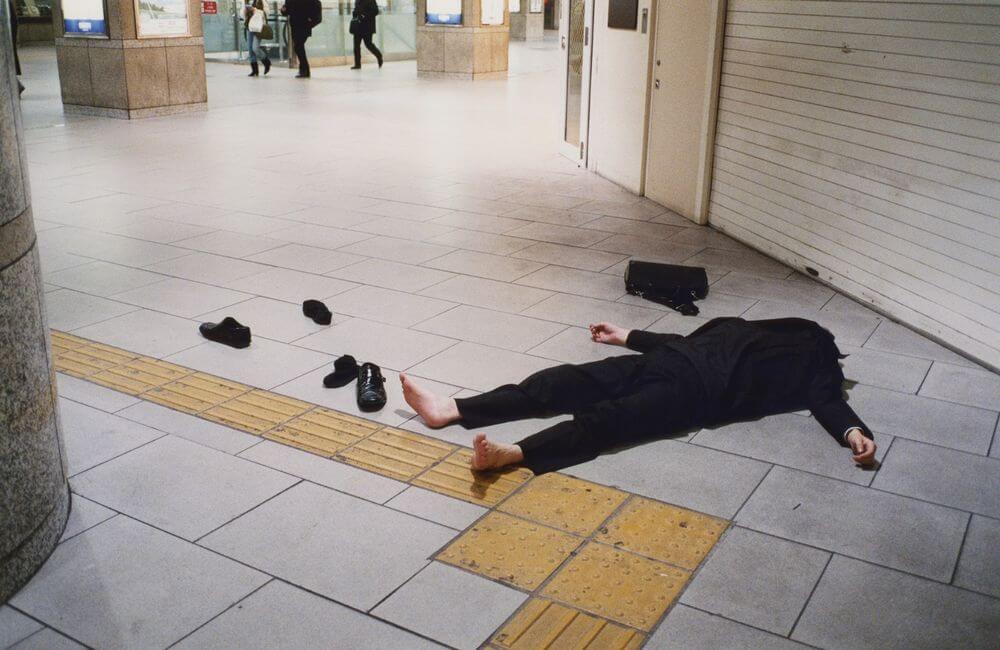 ‘I took these pictures with a true feeling of respect for the people in them. I don’t believe the state my subjects are in is shabby in any way. I can feel they have experienced hardships and fatigue to end up like this’, states Kenji Kawamoto when explaining how his photographic series Yopparai Tengoku, literally ‘drunkards’ heaven’, came about.

The title echoes and pays homage to the eponymous film by Minoru Shibuya, released in 1962. Its social satire denounces Japanese society’s excessive tolerance for alcoholism.

Dozing on a staircase. Lying down on steps or leaning against railings. Asleep on the cold surface of a station floor or a pavement. Alone or with their drinking companions. Sometimes still dressed, other times surrounded by their belongings: jackets, shoes, socks and briefcase…

The bodies of salarymen photographed by Kenji Kawamoto unfold in various ways in the largest megalopolis in the world. ‘My photographs are a record of the people who have reached their limit and exhausted their strength after the daily grind’, explains the photographer, who spent days on end roaming the streets of the Japanese capital from nightfall until dawn, when these bodies came back to life, ready to resume their mechanical routine. ‘Everyone has different burdens, but everyone lives at a frantic pace. People drink with friends as a reward for the hard day’s work and face a new day’s work like warriors’, he continues.

The project is somewhat reminiscent of that carried out by director Allegra Pacheco who surrounded the bodies of these exhausted salarymen with white powder, just like how forensics teams outline the place where a body was found.

Yopparai Tengoku (2014), a series of photographs by Kenji Kawamoto that can be found on his website. 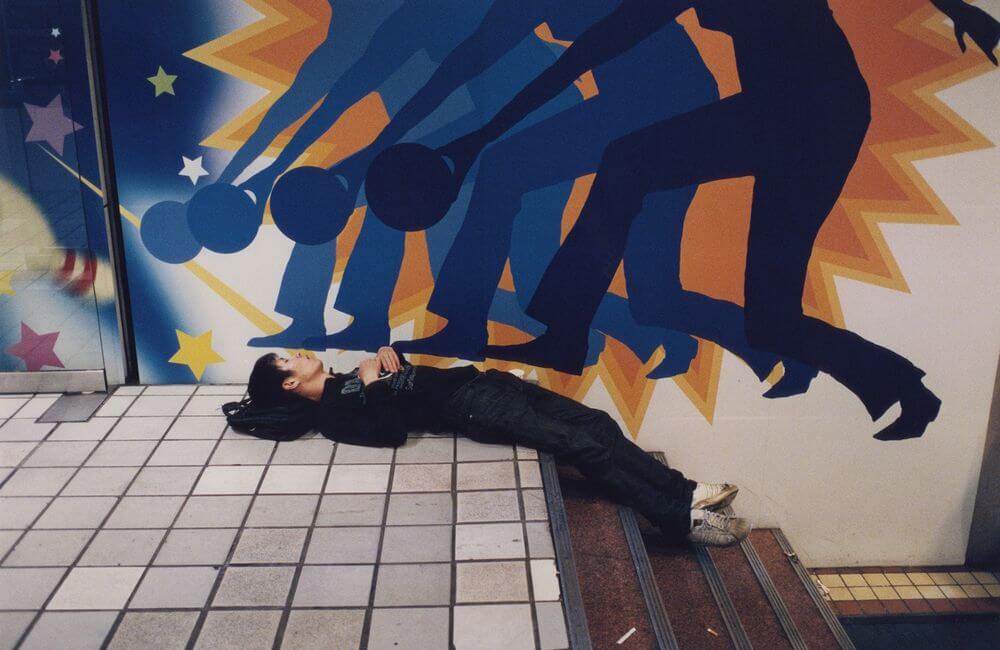 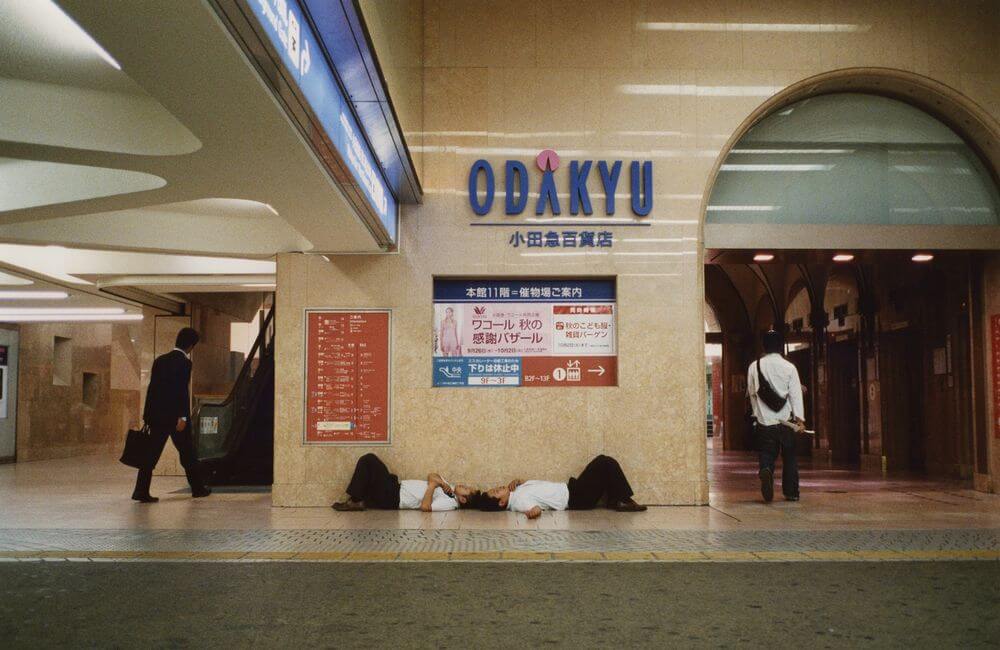 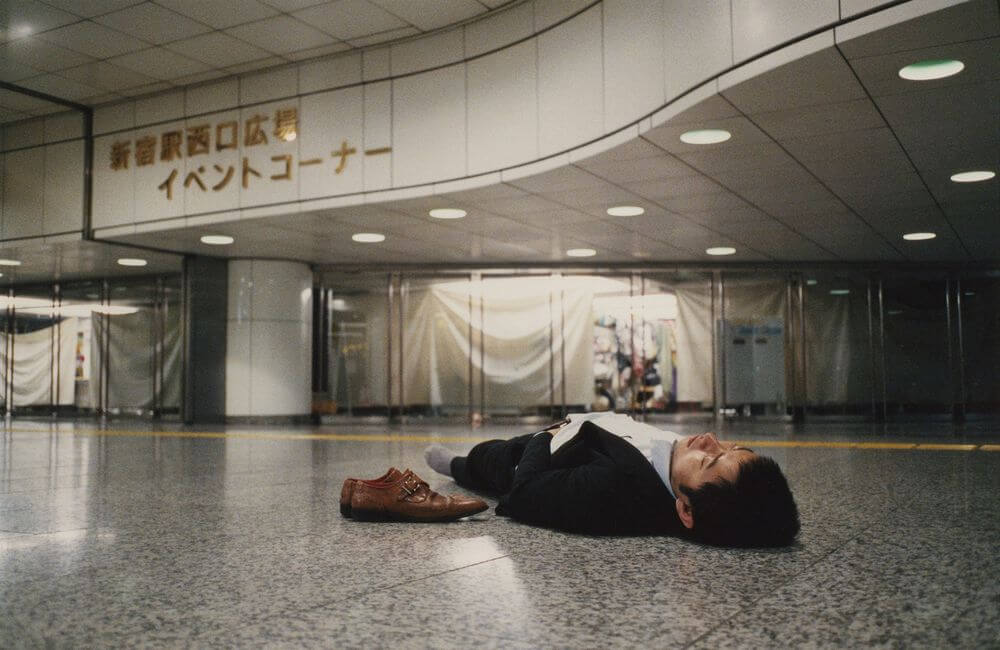 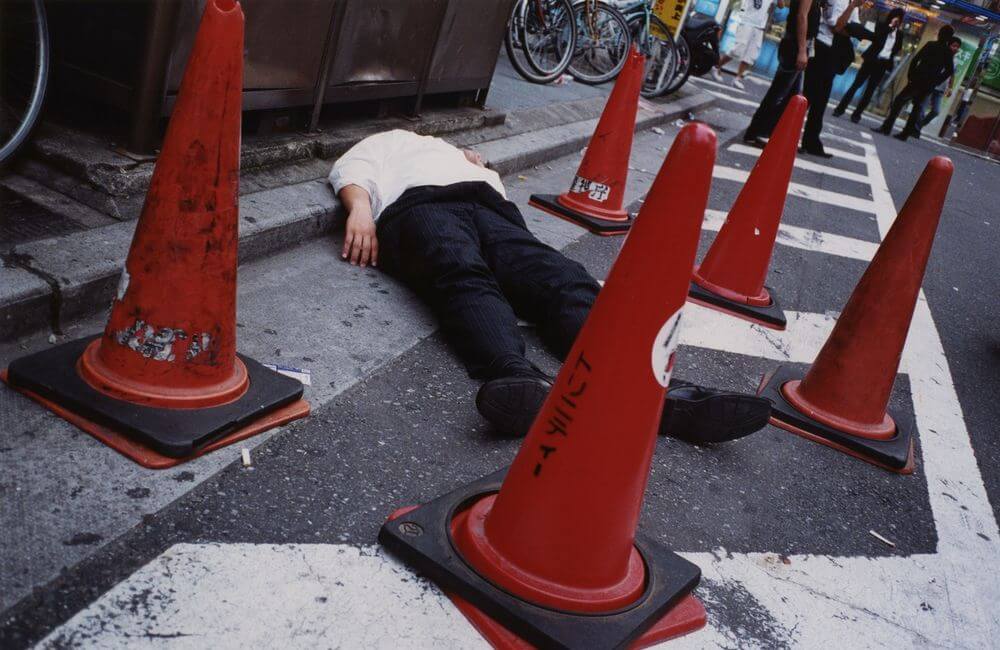 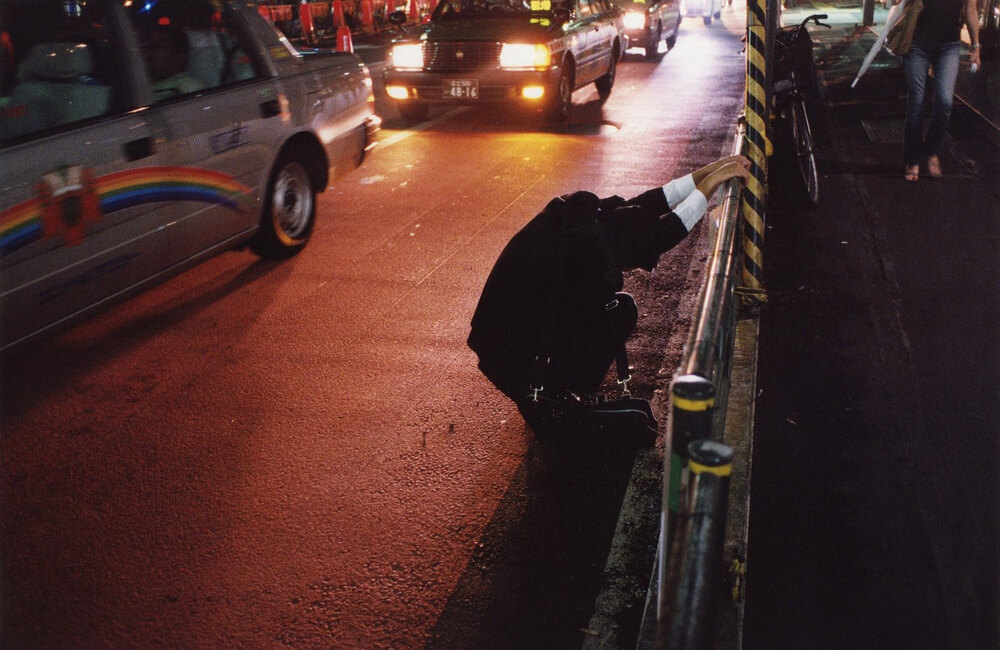 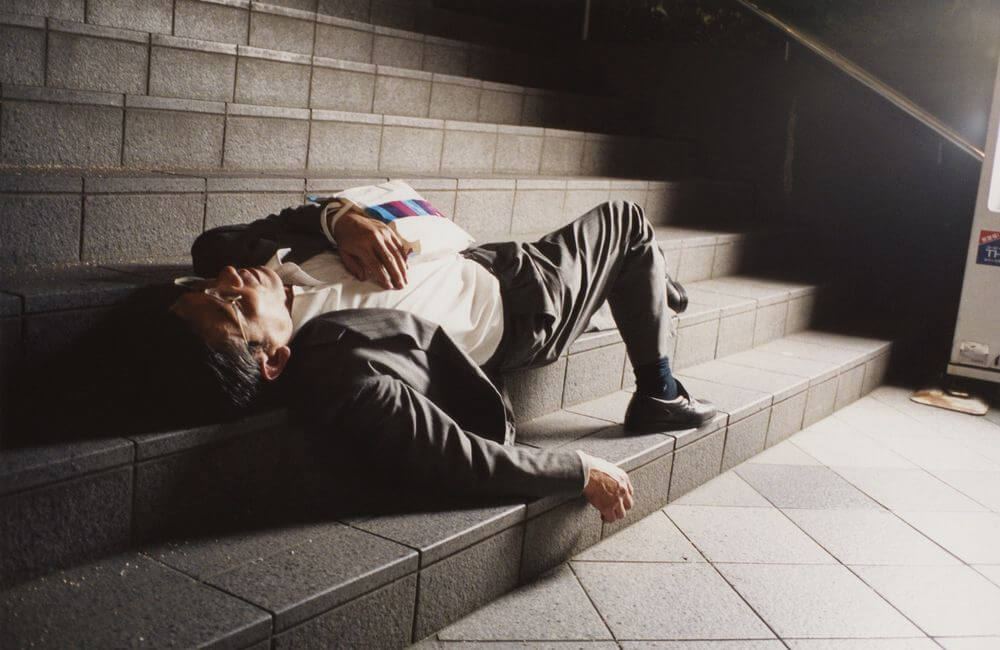