Young Girls Caught in the Trap of Adolescence

Japanese artist Kazuhiro Hori's paintings depict a universe that is at once sugary-sweet, dreamlike, and perverted. 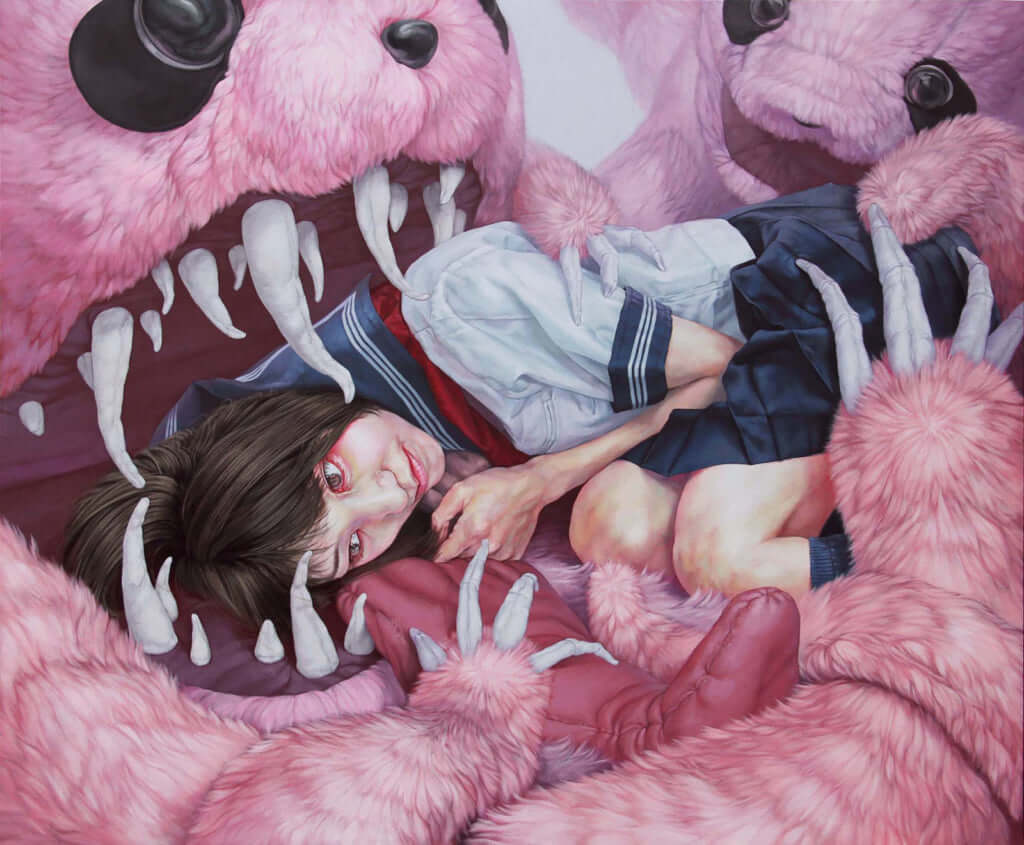 The work of painter Kazuhiro Hori centres on the relationship between young girls and Japanese societal codes and the patriarchy. The artist’s surrealist paintings represent the ambiguity that is specific to them, between innocence and depravity.

A graduate of Kanazawa College of Art, the artist, born in 1969, draws inspiration from shunga engravings, which he restyles using the markers of modern Japan, thus unsettling and questioning the viewer.

Kazuhiro Hori’s paintings depict young girls in colourful environments, packed with cuddly toys and sweets. These young schoolgirls are dressed in se-ra- fuku, the Japanese term for a sailor uniform that is worn by female secondary school and college students. There is no doubt as to the age of the individuals represented. They are young, and are going through a period that combines the joys of childhood and the discovery of one’s body and relationship to others. ‘While expressing purity and youth and [cheerfulness, sexuality] is evoked’, the artist explains in an interview with the New York Optimist.

These young girls appear to be prisoners, trapped in an environment with addictions created for them, crushed by an image that is very present in the national imagination. They exist alongside soft toys and sweets and appear to be taken in and dazed by their surroundings, ground down by these markers, while symbols of vice, such as cigarettes and pills, are also discreetly represented. The bleak picture painted by the artist is intended as a metaphor; blood-red jam runs over the faces of these young girls, who are powerless, caught by these cuddly toys that turn into monsters. The naïve, pop portrayal of adolescence that emanates from the paintings at first glance transforms into a horrific scene. 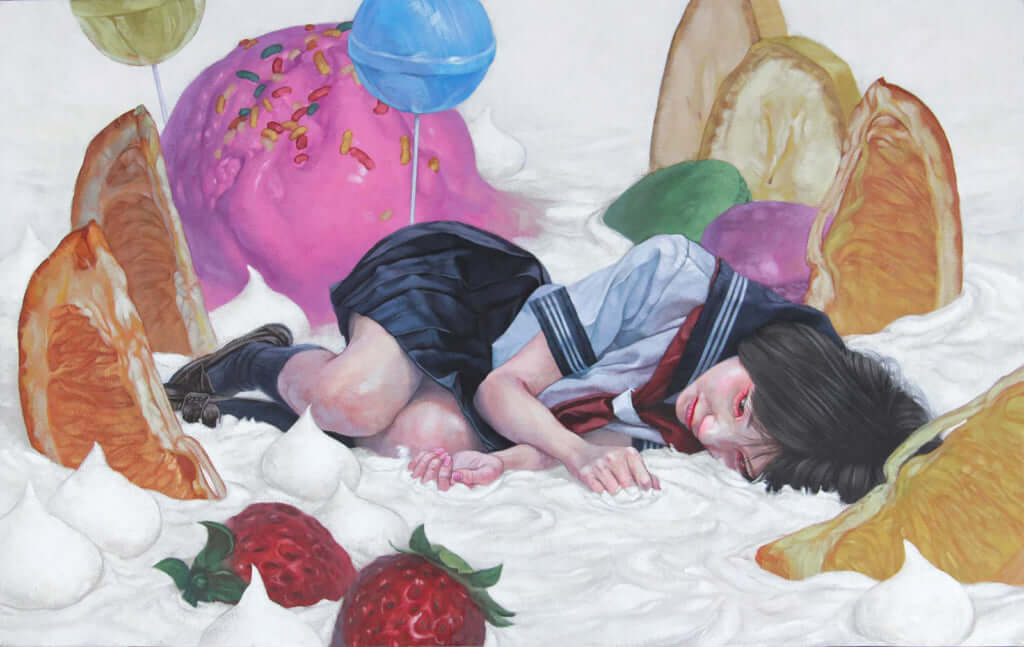 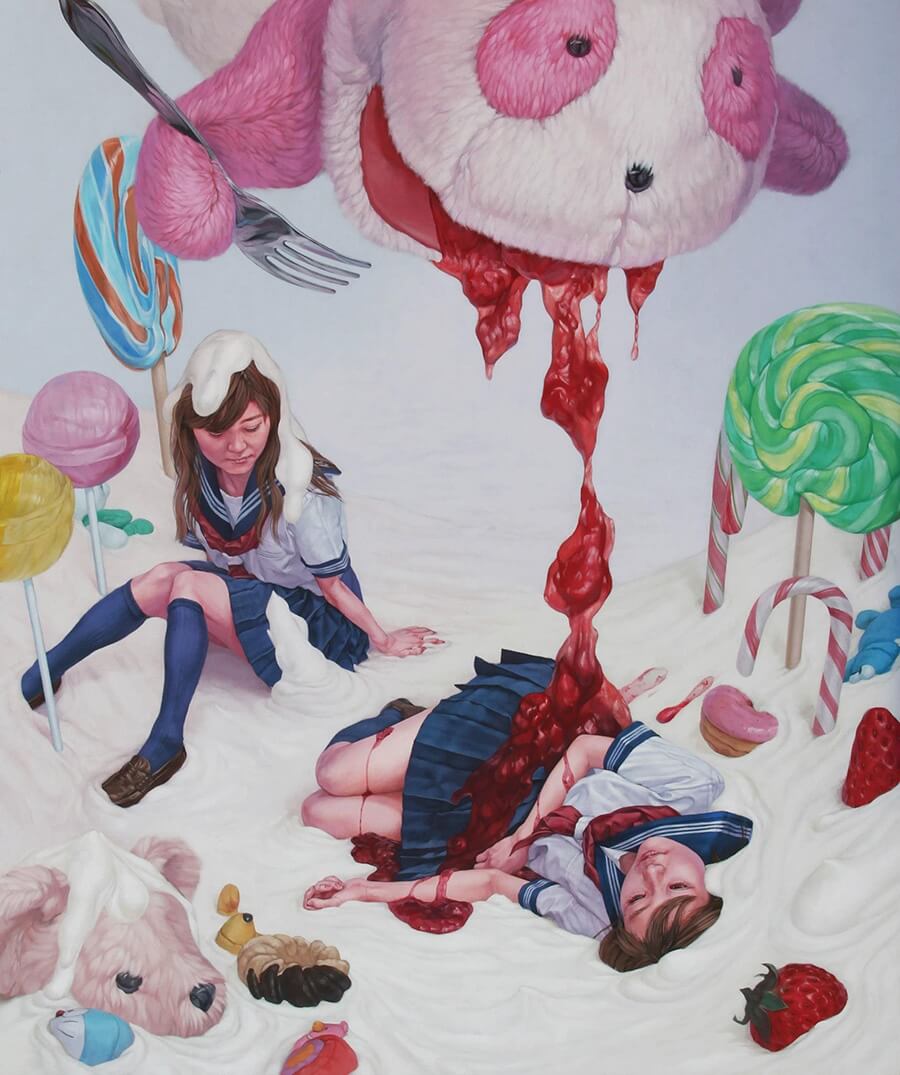 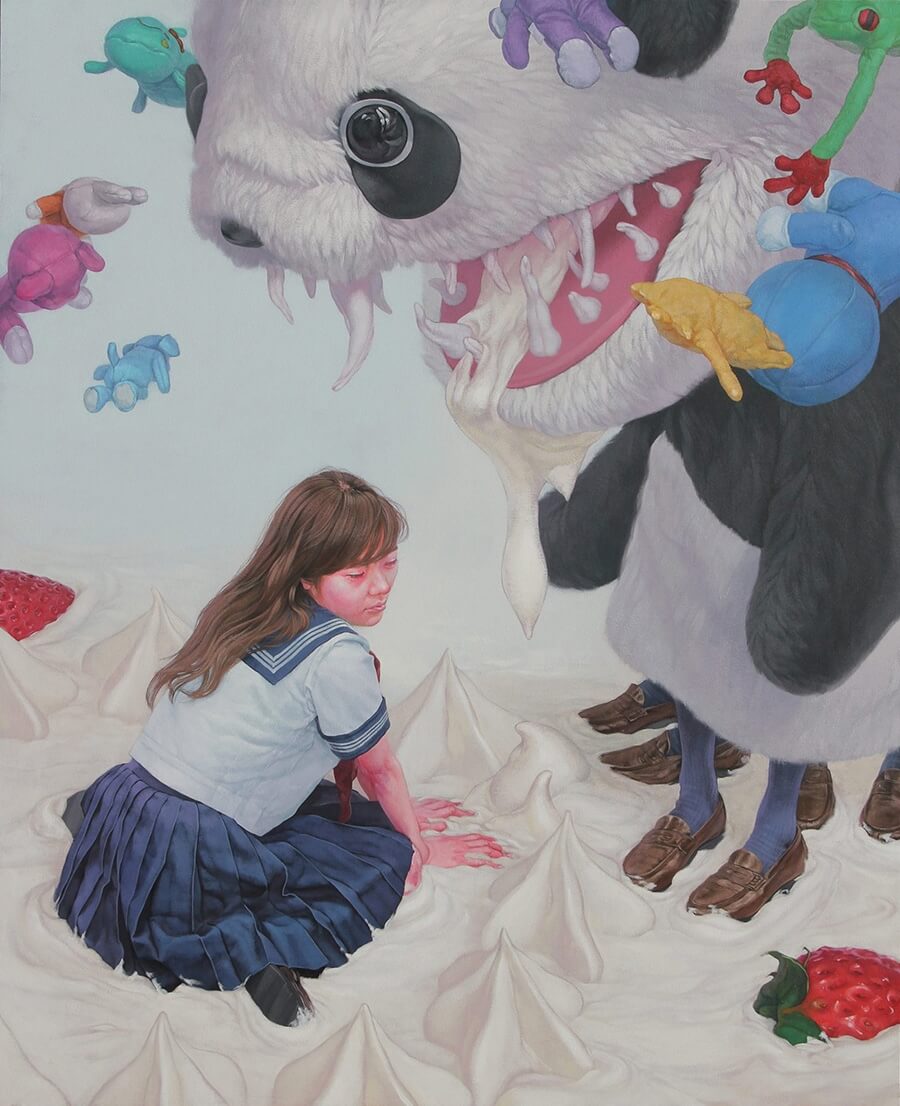 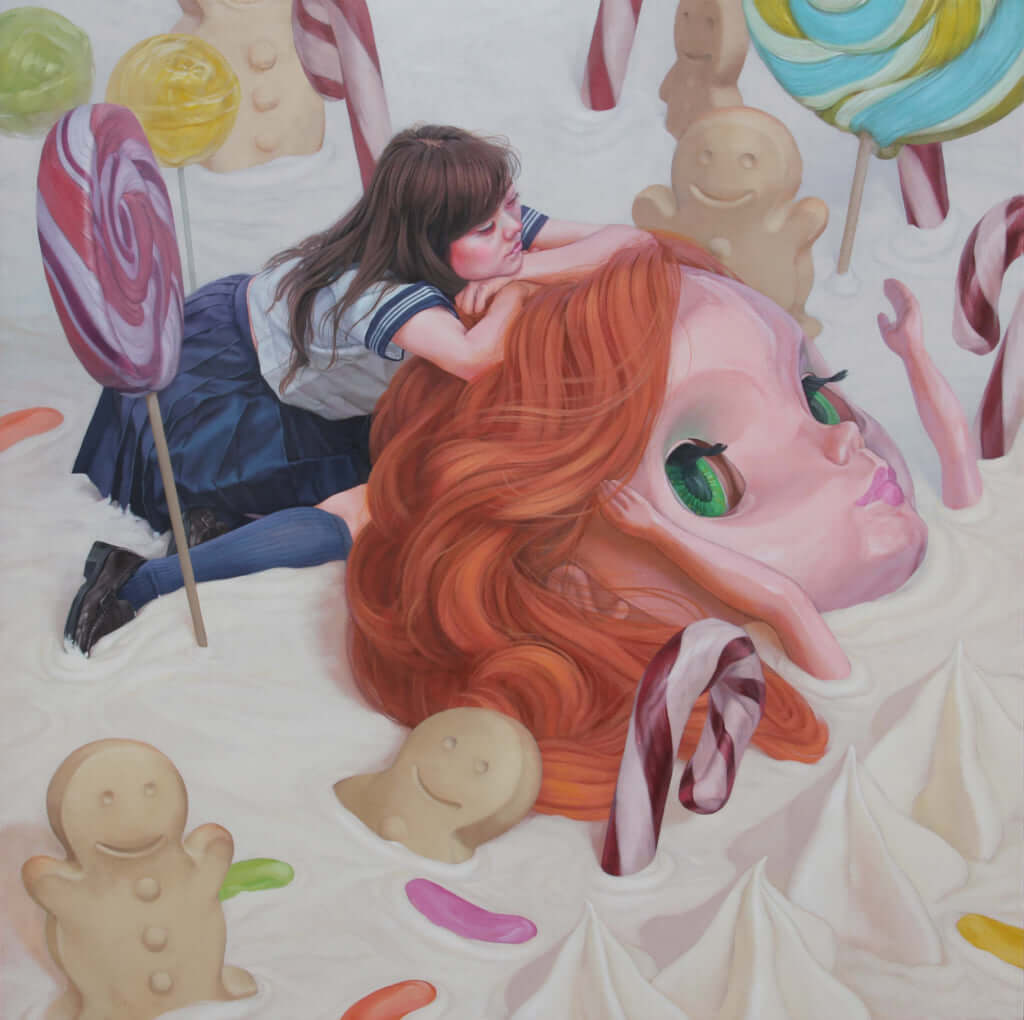 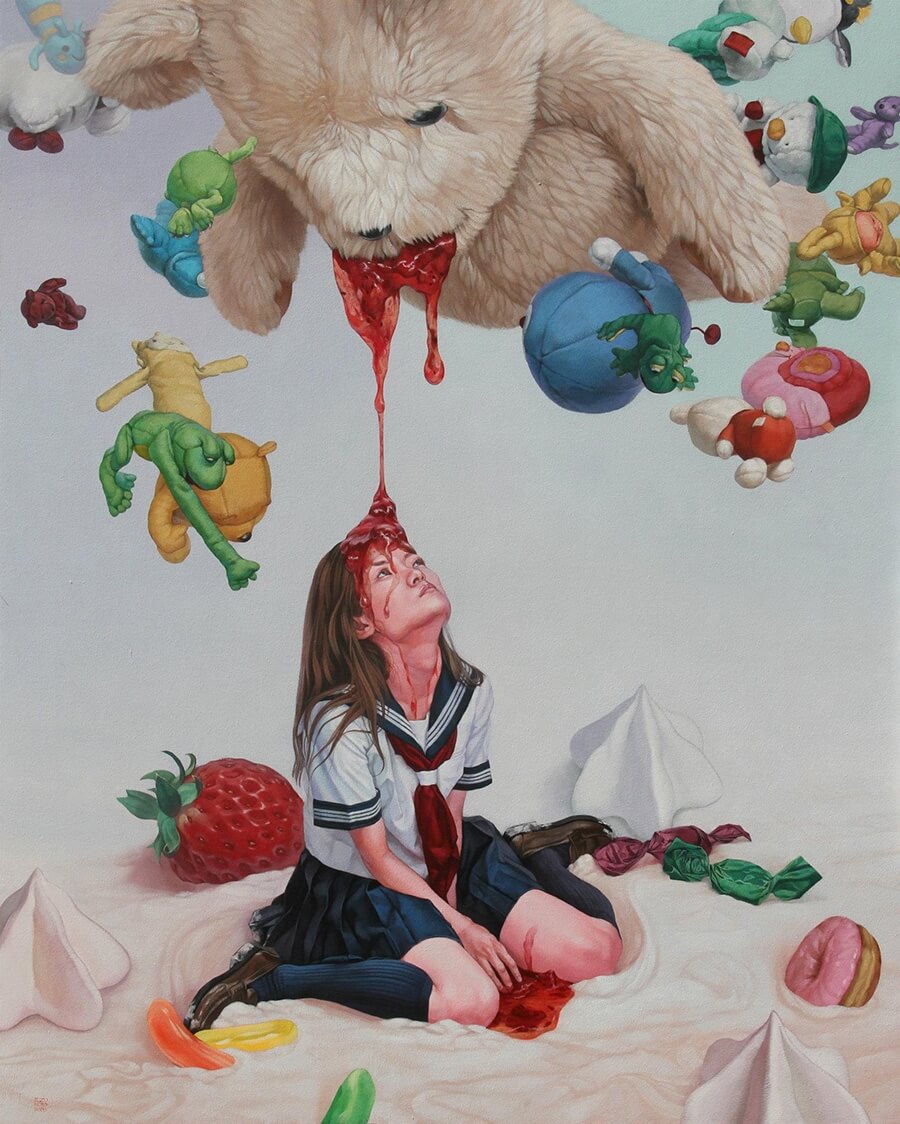 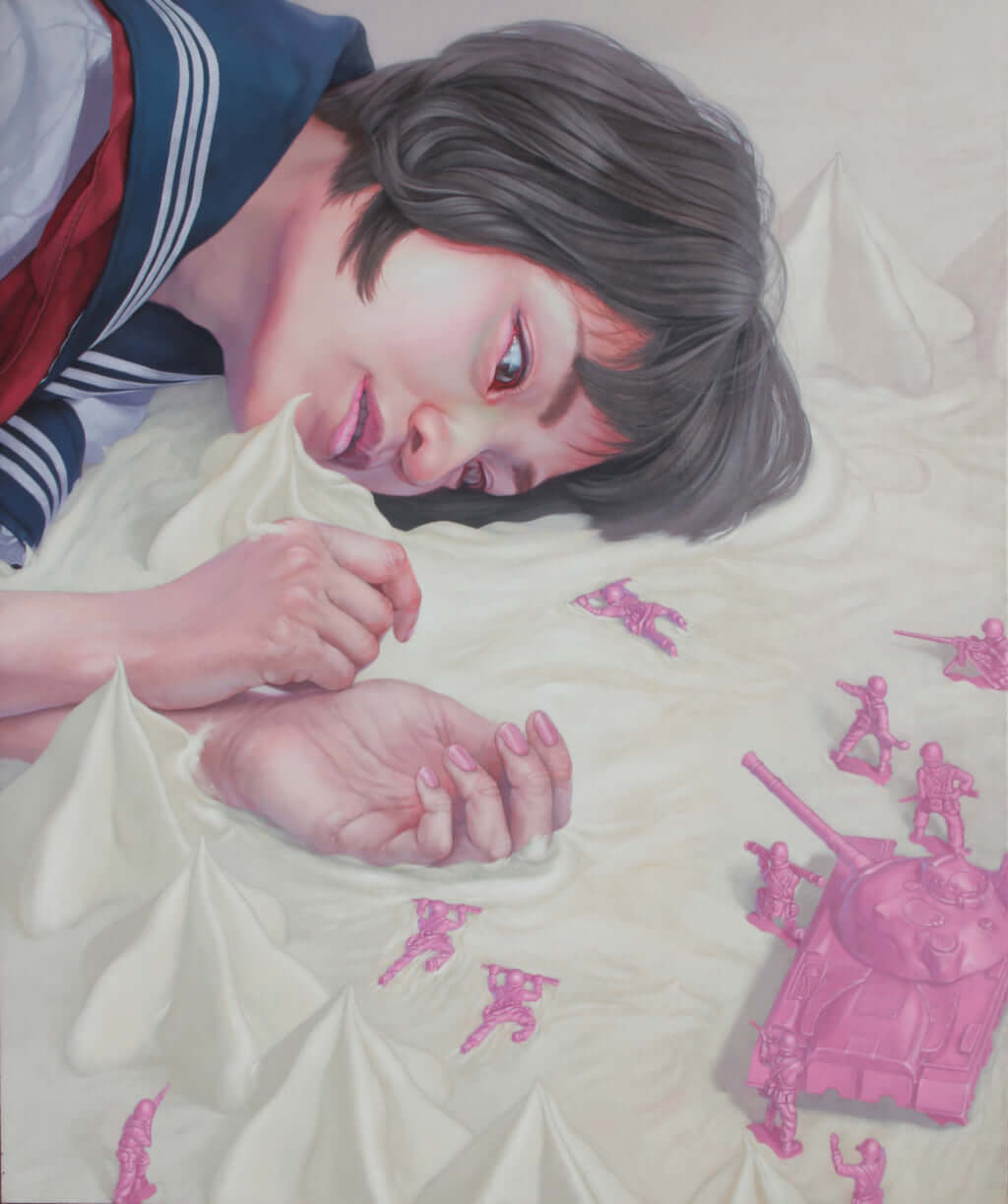 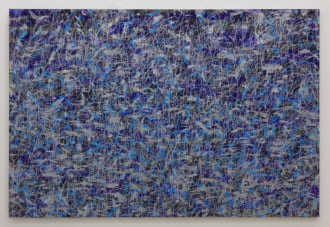 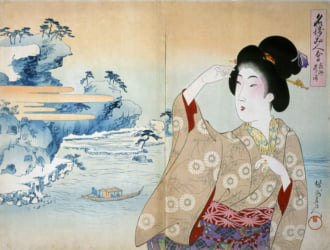 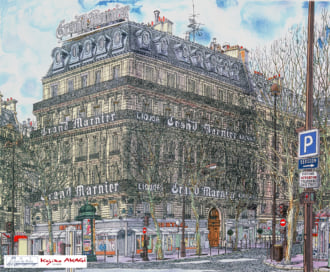 Kojiro Akagi, Memoirs of a Japanese Artist in Paris