In his book, Jeremy Corral documents the history of this musical movement that has influenced the underground scene worldwide. 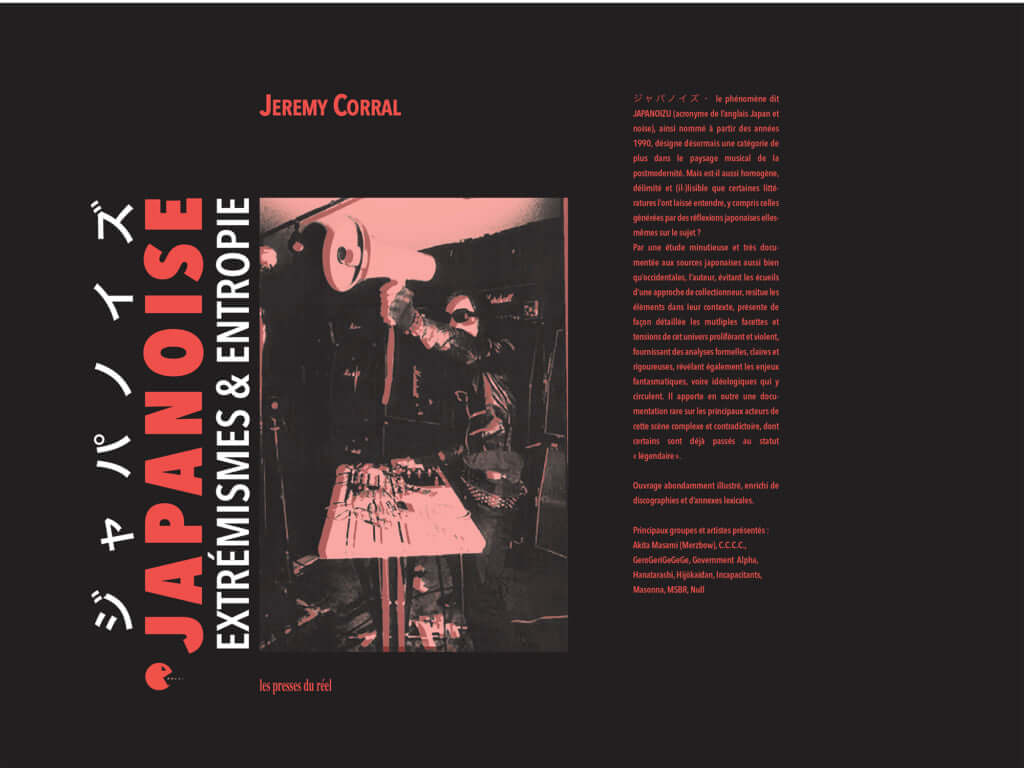 In the 1970s, the Japanese avant-garde and counter culture were marked by the emergence of an unusual  musical movement, Japanoise. Jeremy Corral, a specialist in alternative cultures and experimental music, seeks to provide a detailed presentation of it in his book Japanoise – Extrémismes & entropie (‘Japanoise – Extremism and Entropy’), published in 2019.

In this book, which is rich in interviews, reviews, photographs, posters and reports on concerts, Jeremy Corral first lays the foundations of the movement with an analysis of the evolution of the notion of noise in music, which appeared in Japan in the late 1970s. He then takes a closer look at Japanoise (Japanoizu in Japanese), a portmanteau of ‘Japan’ and ‘noise’, a term that emerged in 1990. The author explains its origin, specificities and influences, discussing the similarities and differences between Japanoise and other alternative movements like progressive electronic rock, jazz fusion and punk.

A genre without boundaries

In another section, Jeremy Corral features ten prominent groups within Japanoise, including C.C.C.C, MSBR, Masonna and Marbow, Akita Masami’s project. Neophytes can discover the principles but also the new scene of this Japanese musical movement.

Throughout the text, Jeremy Corral does not restrict Japanoise to within the country’s borders. Although it has its own specificities, this style lies at the junction between Japanese identity and a global musical current with influences as diverse as composer John Cage and the Fluxus movement.