From sacred ancient teachings, this young monk has drawn the modern and indeed necessary notions of inclusivity and expression. 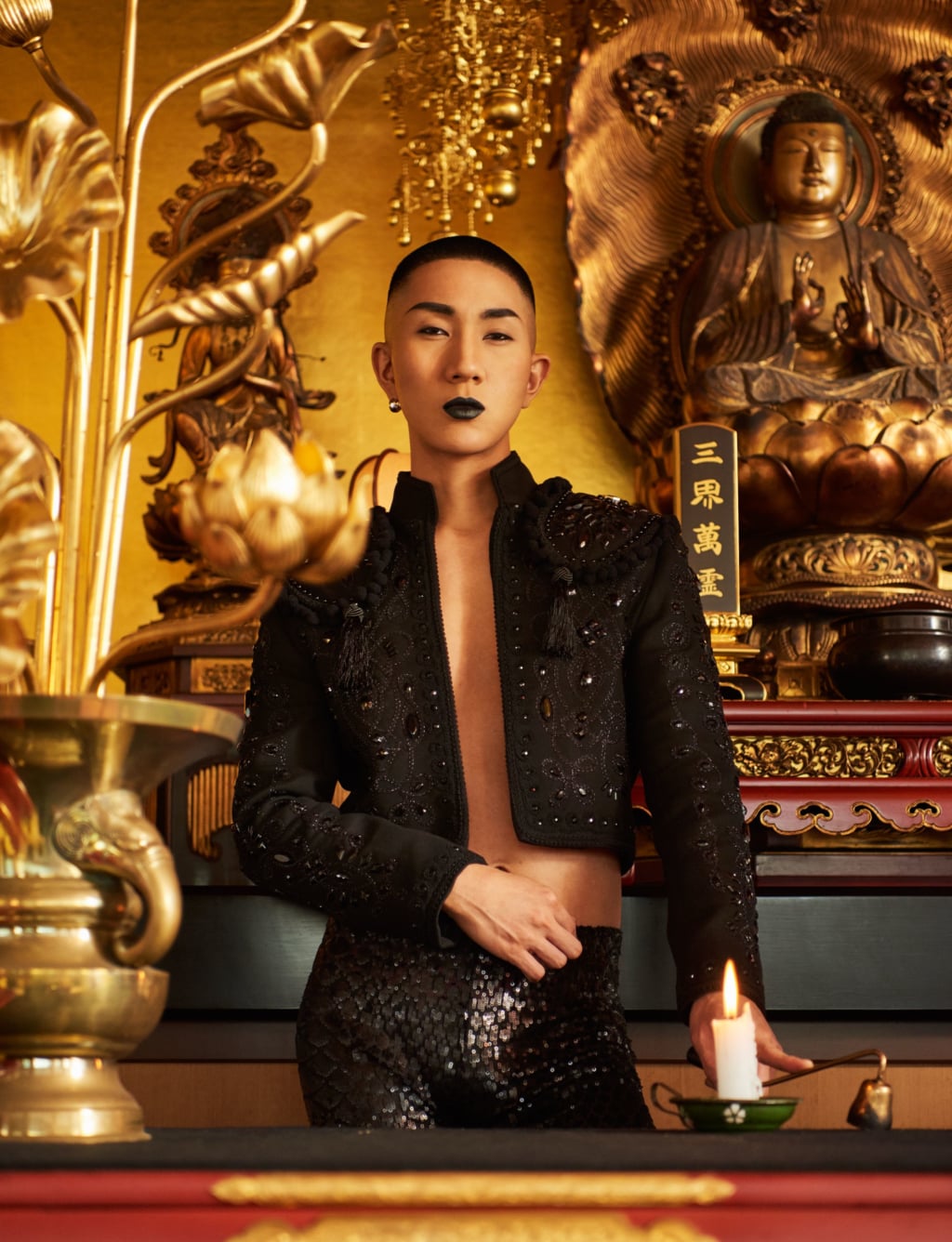 Born into a religious family, nothing seemed to destine Kodo Nishimura to study in New York and go on to become a professional makeup artist working at the biggest fashion and beauty events.

However, he has successfully combined the lessons learnt from his experiences to become the spokesperson for the movement for respect and inclusion of LGBTQ+ people, and indeed all others, within the Japan Buddhist Federation, the logo for which, with its two hands in prayer on a rainbow-coloured flag, is full of promise and positivity.

Kodo Nishimura grew up in Tokyo in the 1990s. From a very early age, his parents planned for him to live a religious life like his father, and reminded him of his responsibilities, his representational role in society and the need for him to get married so his wife would help him fulfil his sacred missions. But Kodo Nishimura did not see himself as a paragon of virtue, didn’t want to get married, and didn’t want to share his life with a woman: in fact, he liked men, and did not fully recognise himself in the binary gender identity attributed to him. In a society where homosexuality is seen as taboo, his adolescence was challenging. He suffered from rejection and judgement, questioned his existence and doubted his qualities.

When he finished college, he decided to take a major turn and listen to himself. After all, his name means ‘broad-minded’ and ‘confident’. And what did he dream of? High heels and glitter! He headed to the United States, where he was struck by the more frequent and positive representation that LGBTQ+ people received, and this encouraged him to follow his passions: fashion and makeup. After graduating, he became the assistant to a makeup artist who introduced him to the world of beauty, competitions and television, and his career gradually took shape. However, his doubts and profound questioning did not cease completely, and so he decided to return to Japan to find the answers.

Naturally, he turned to the Buddhist teachings with which he had a certain level of familiarity. Were the answers he was seeking contained within these writings and ancient practices? To pursue his quest, he undertook to become a monk, and trained until he received his certification. He was surprised to discover that Buddhist teachings were more modern and inclusive than one might imagine if examined through fresh eyes. His master told him one day that ‘appearances and the division of gender between men and women are not the essence of Buddhist teaching. Everyone can be liberated equally’. And his father added: ‘unless priests adopt new teachings and new ideas to be aligned with their time, they will never be able to help anyone’.

This was a revelation. Now, not only has Kodo Nishimura found fulfilment in accepting himself for who he is, but he is also capable of guiding others on this path, and has even written a book, released in February 2022. In it, he shares his journey and offers his advice and interpretations of Buddhist teachings that are favourable to LGBTQ+ people. In 2021, he worked with the Japan Buddhist Federation to create a logo, the ‘rainbow sticker’ used to represent inclusion and invite LGBTQ+ people to feel free and loved within the religious community. As he states in his book: ‘Who would have thought that Buddhist teachings would have told us to be fierce, fabulous and perfect [the way we are]? […] I’ll let you into a secret: makeup and Buddhism might seem different, but the aim is the same. My role is to enhance and protect everyone’s special colours to help them shine!’

This Monk Wears Heels: Be Who You Are (2022), a book by Kodo Nishimura published by Penguin Random House. 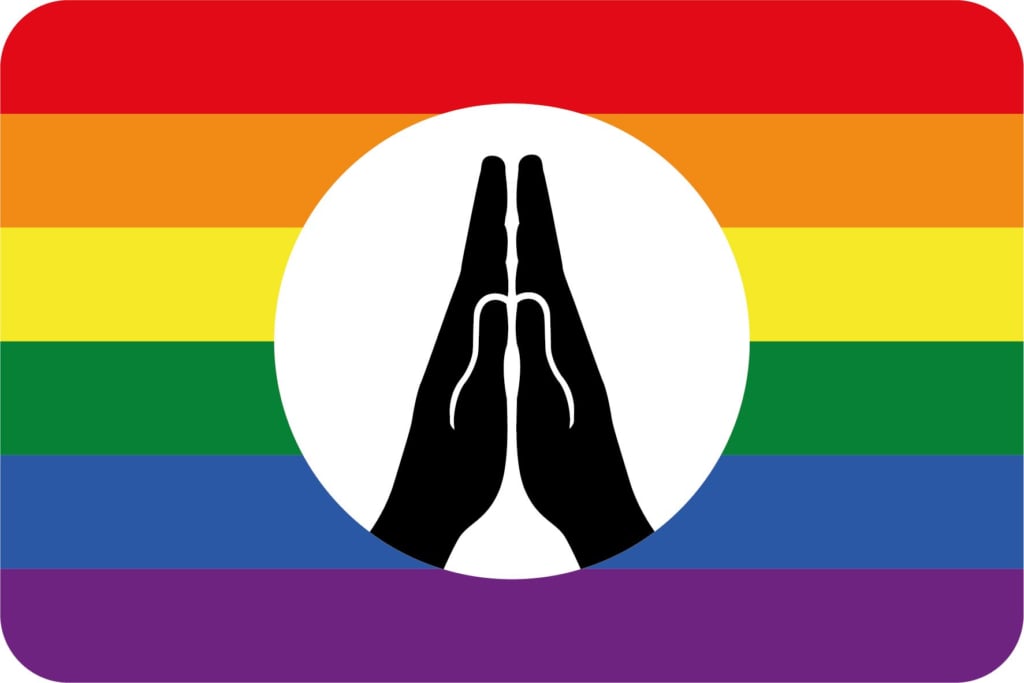 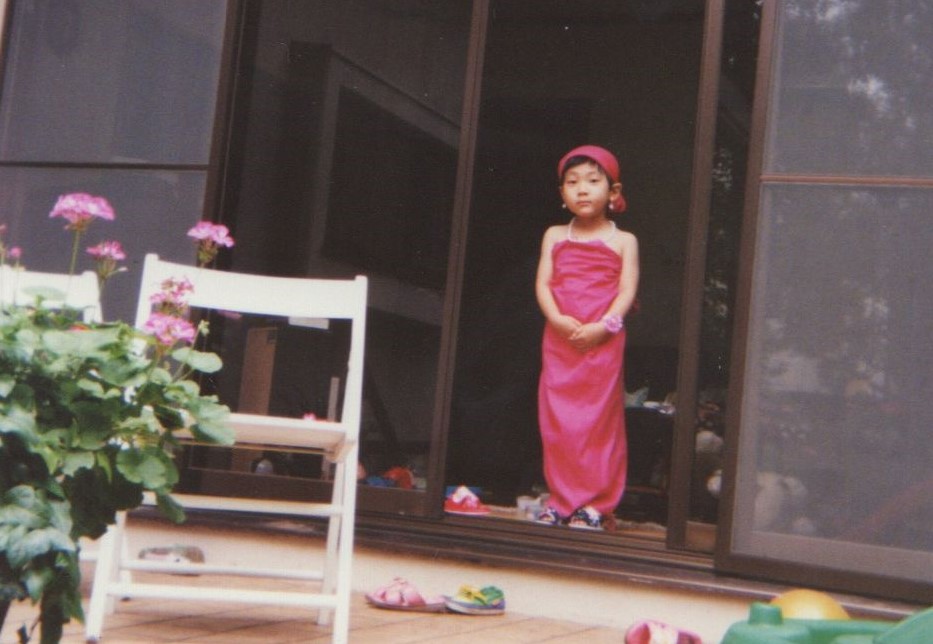 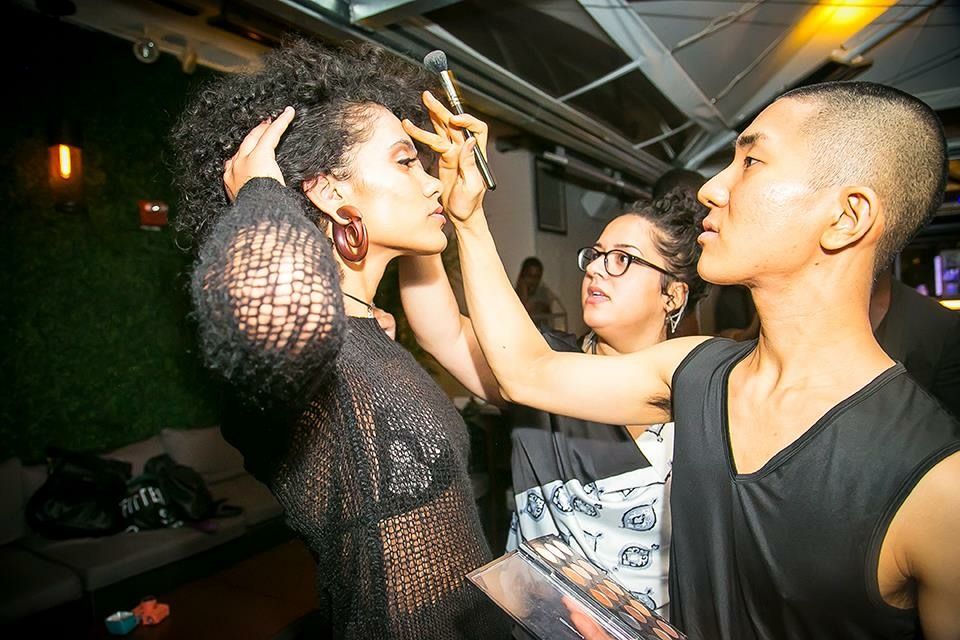 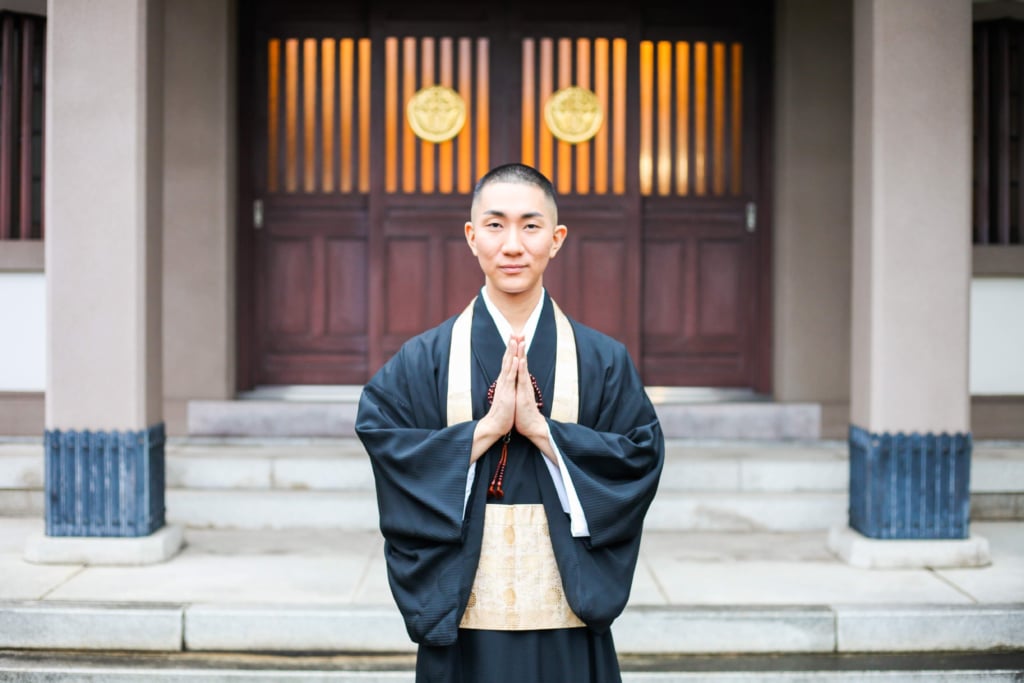 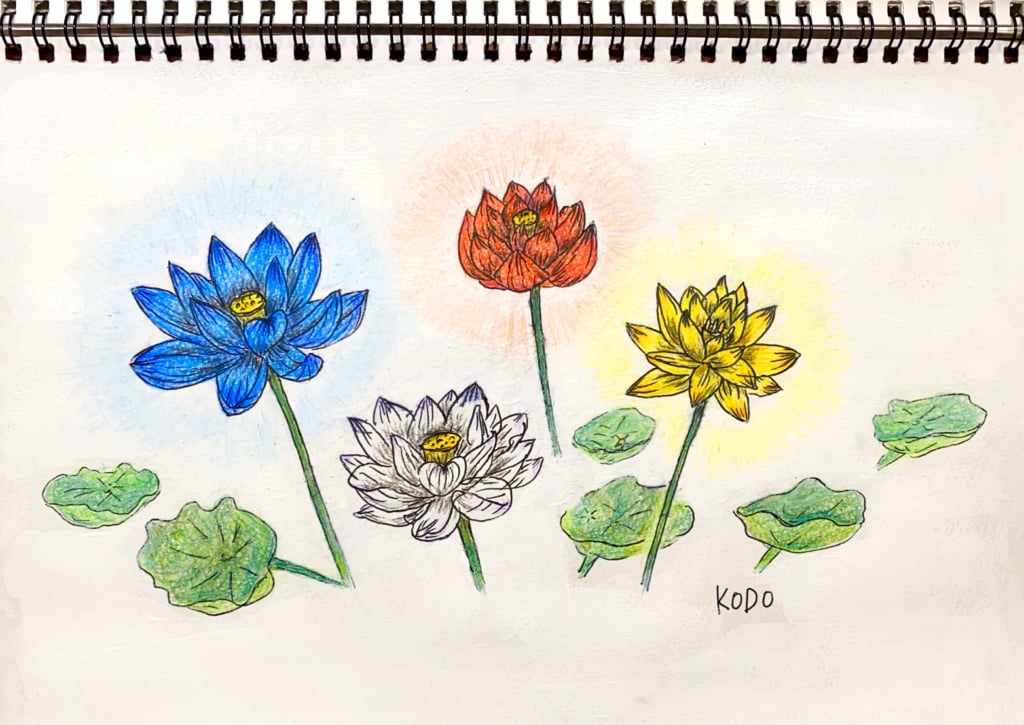 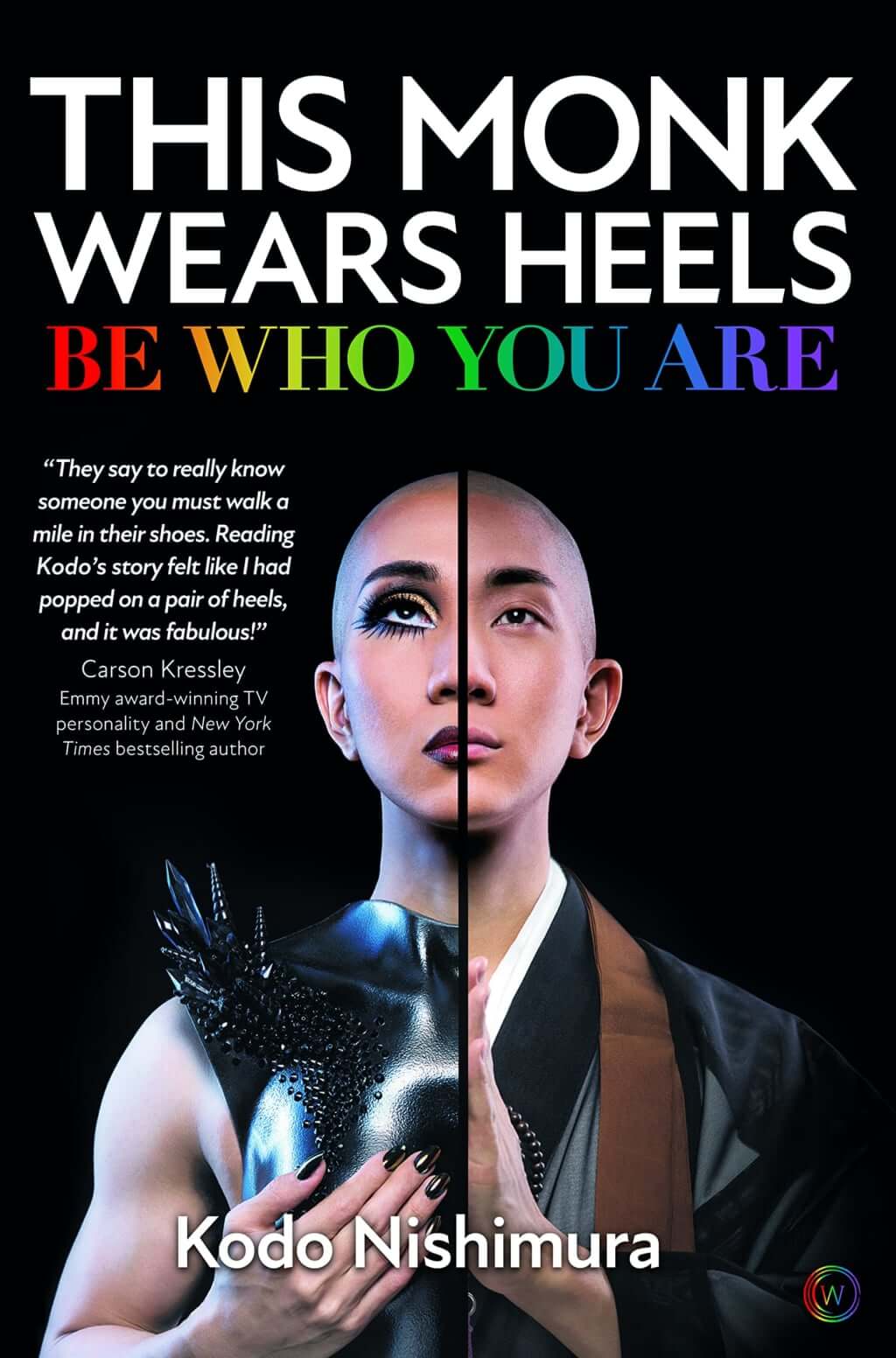