This motorcycle enthusiast inherited the collection belonging to his father, who opened Japan's first motorbike museum.

After having spent almost twenty years working in marketing and events in Tokyo, Masahiro Hoshino returned to his birthplace, Karuizawa. There, he took over the museum opened by his father in 1982, Mototeca, the first Japanese museum dedicated to motorbikes, which closed in 2003. In its place, he now runs a café where motorbike enthusiasts meet.

Masahiro Hoshino continues to collect bikes, which he has been riding since he was a child and which he inherited from his father, who organised races. The motorcyclist perpetuates this tradition and holds races around Mount Asama, close to Karuizawa, and events related to motorbikes.

More information about Mototeca can be found on the company’s website (in Japanese only). 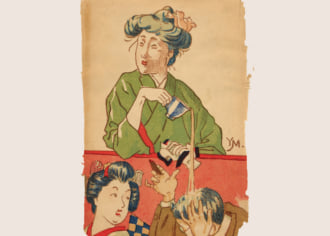