Sumo Wrestling from a Female Viewpoint

In 'Joshi Sumo', photographer Nicolas Datiche captures these athletes who cannot practise their sport at a professional level. 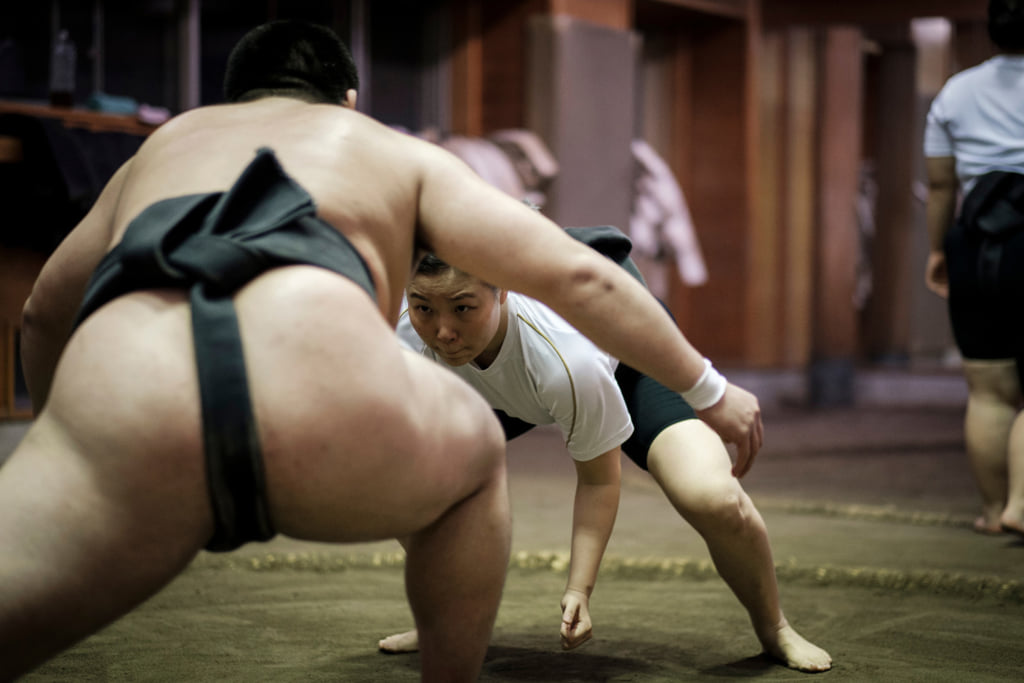 In 2016, photojournalist Nicolas Datiche infiltrated a sumo stable (heya) at Nihon University in Tokyo, known across Japan for its sports studies option. ‘Sumo wrestling is a sport that women are not allowed to practise at a professional level’, explains the photographer, who has been living in Japan since 2013. ‘It was interesting to follow these young women, who are part of the amateur federation, as they trained intensely while knowing that they would never be able to make a career out of it.’

According to Shintoism, from which the codes of Japanese wrestling originate, women are considered impure. Indeed, a scandal broke out in 2018 when women entered the ring to assist a man who had fainted.

Nicolas Datiche produced a series of photographs in which female wrestlers (joshi sumo) display the strong discipline that the sport requires, engaging in daily training sessions, both morning and evening. Warmups, the learning of fighting techniques, stretching: nothing escapes the photographer’s lens, and he also follows the students as they participate in various competitions. ‘They take their sport very seriously. Even though they are only competing at an amateur level, you can tell it is more than a hobby’, Nicolas Datiche recalls. ‘It’s quite moving because when they lose, it’s as if their entire world has collapsed. I didn’t realise that the stakes were so high.’

The photographs also reveal a more intimate side of sumo wrestlers with moments shared between students in the same stable and meals eaten together, but there are also a few moments captured away from the unforgiving pace of training to meet their friends outside of the heya.

The series Joshi sumo was published in the French press. Working between Taiwan and Japan, Nicolas Datiche has undertaken other photography projects in Japan, including a series entitled Oto matsuri.

Joshi Sumo (2016), a series of photographs by Nicolas Datiche, can be viewed on his website. 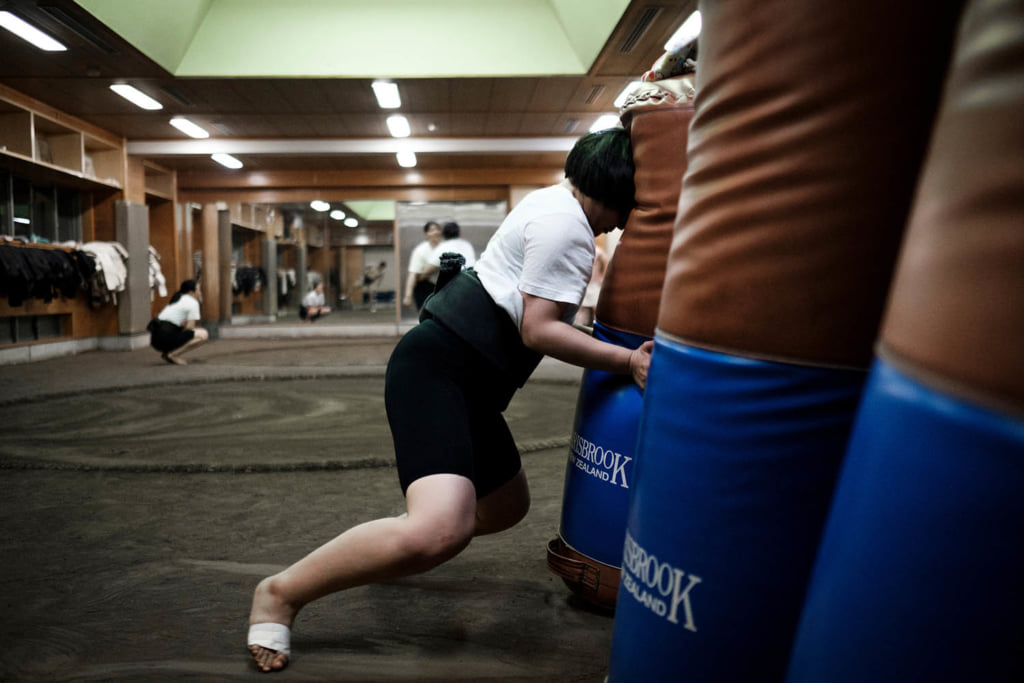 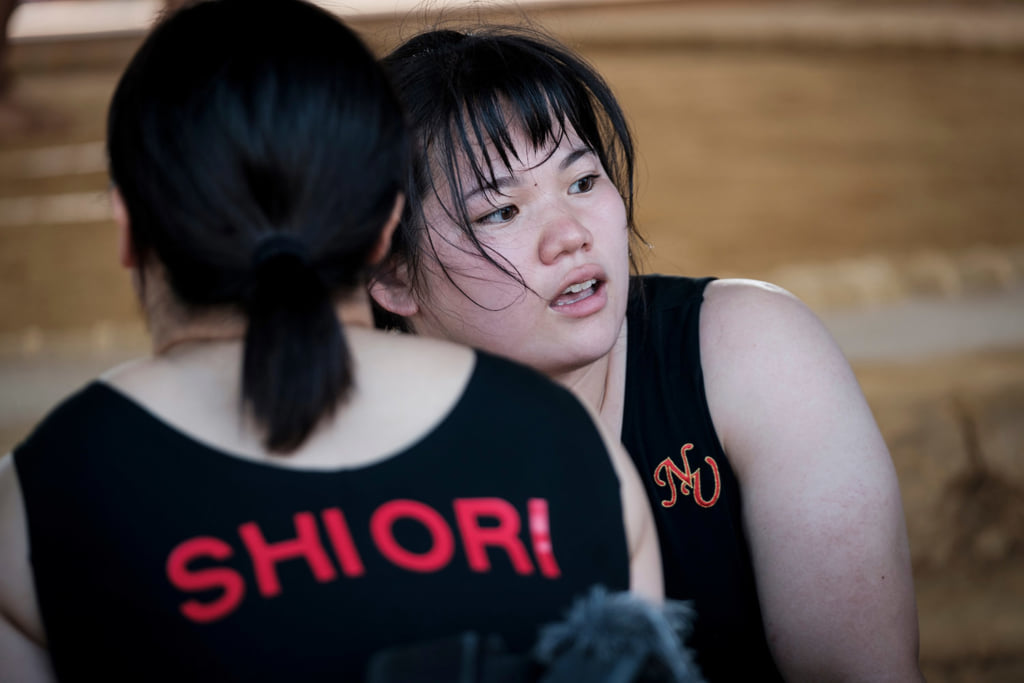 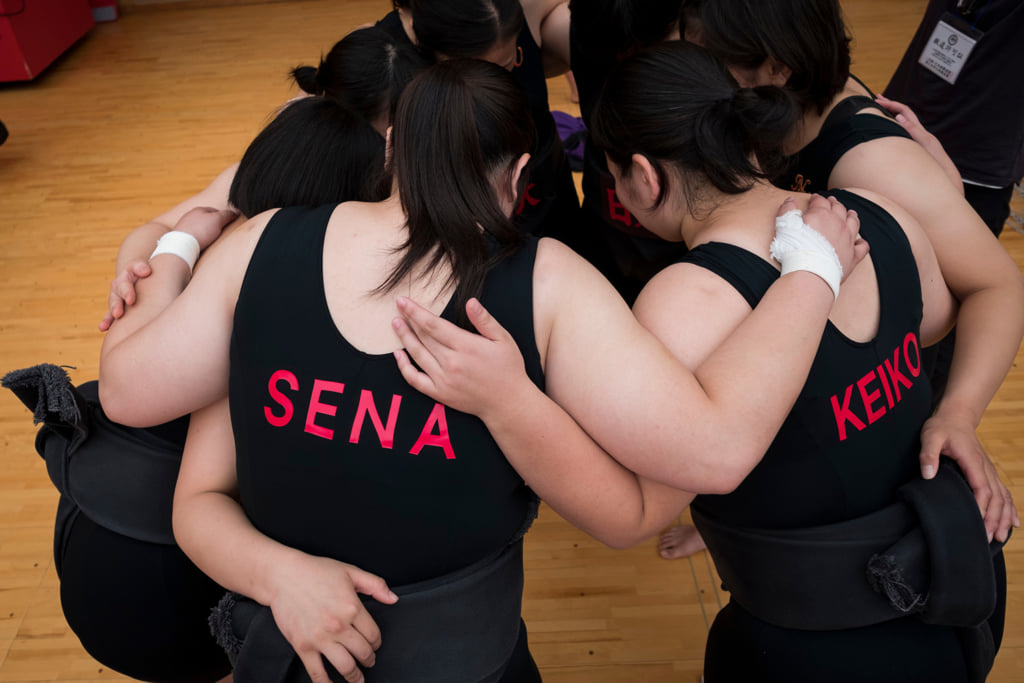 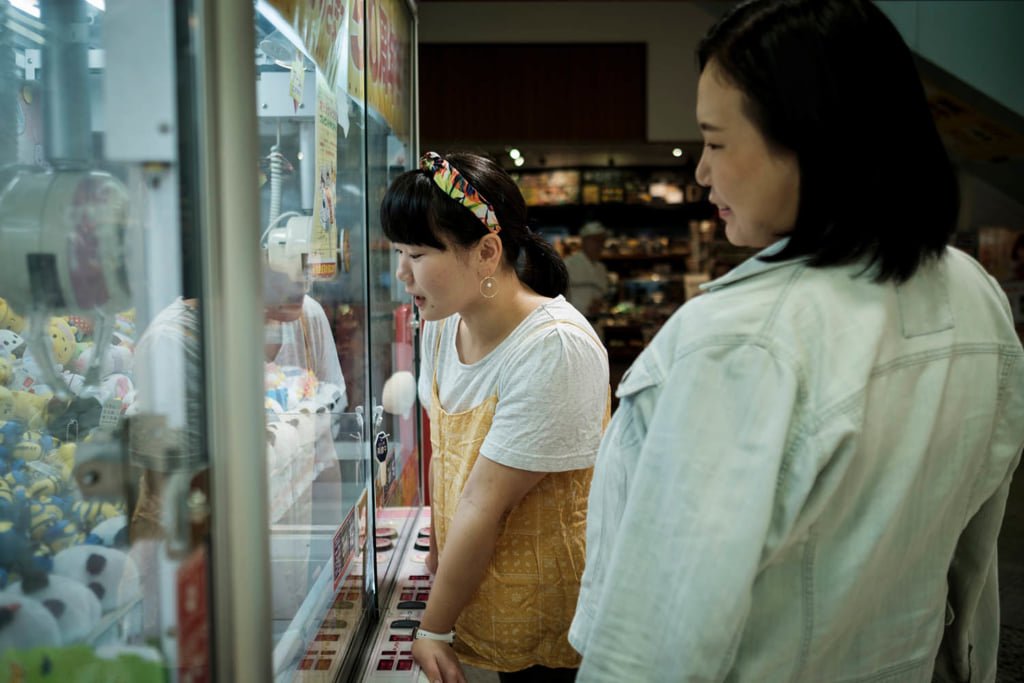 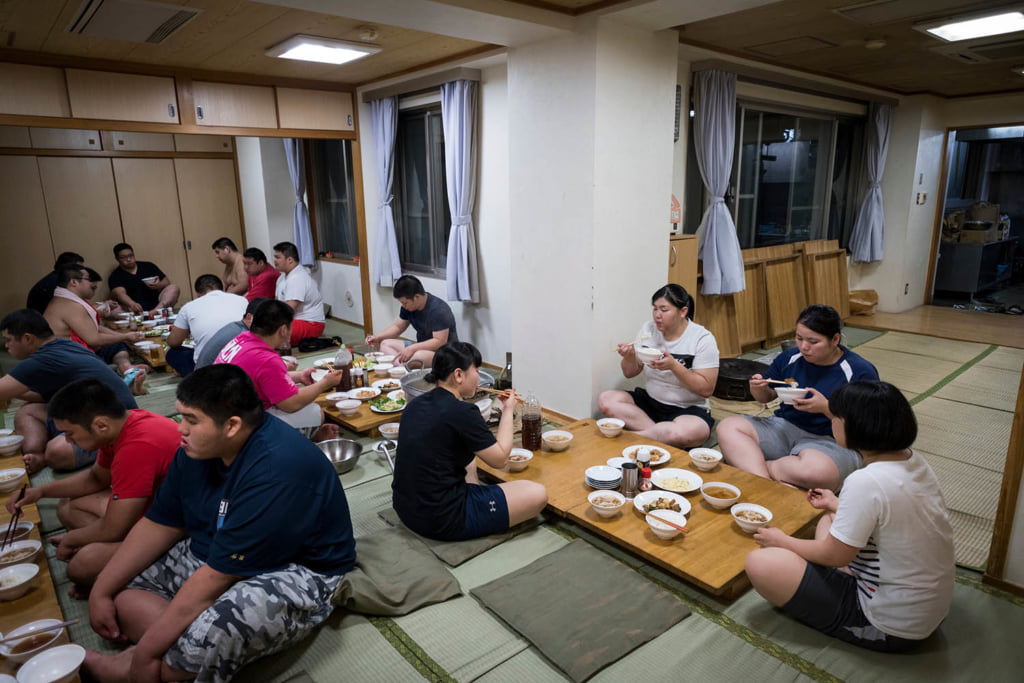 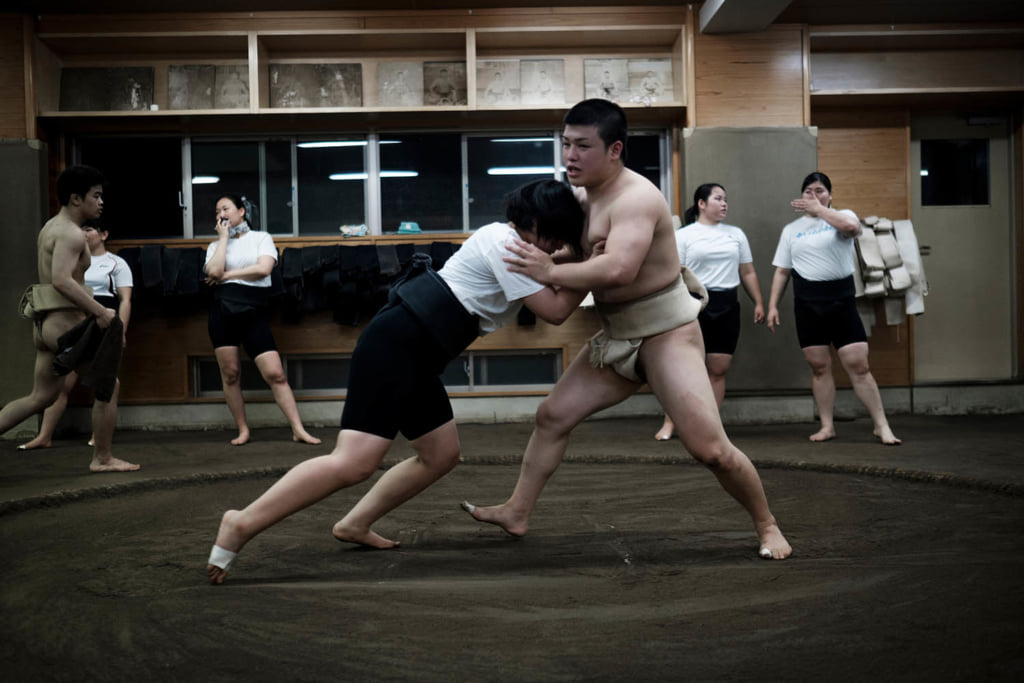 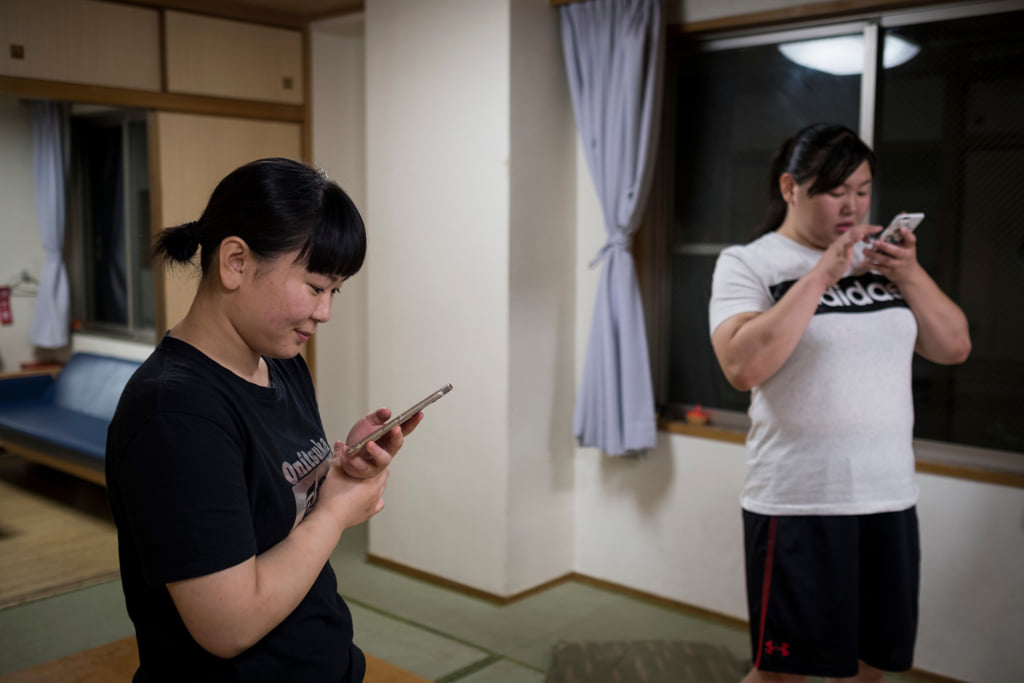 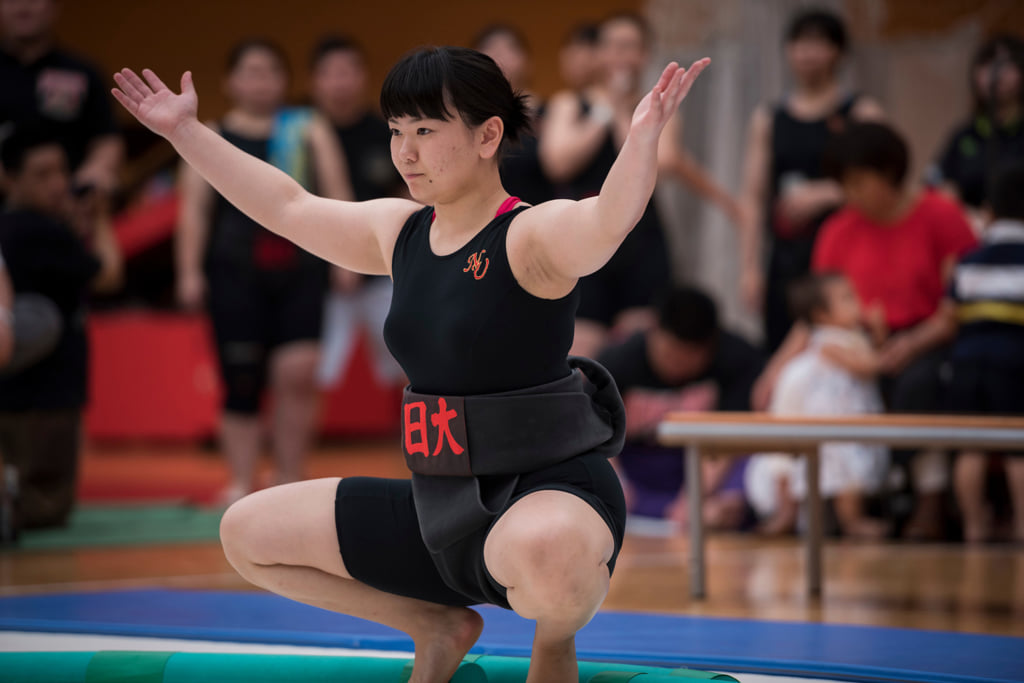 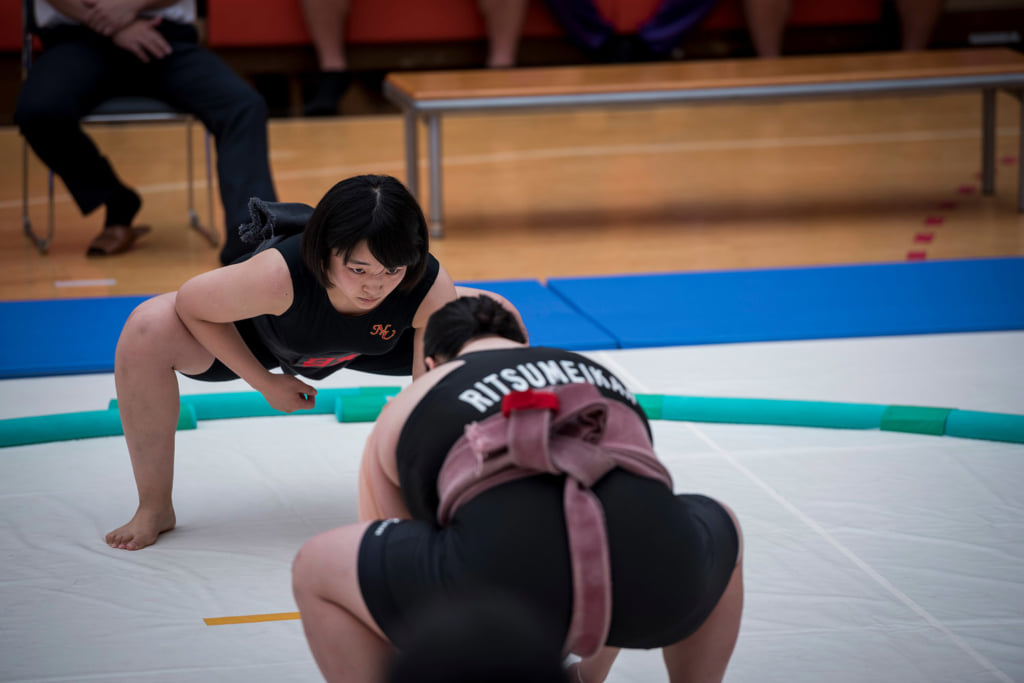 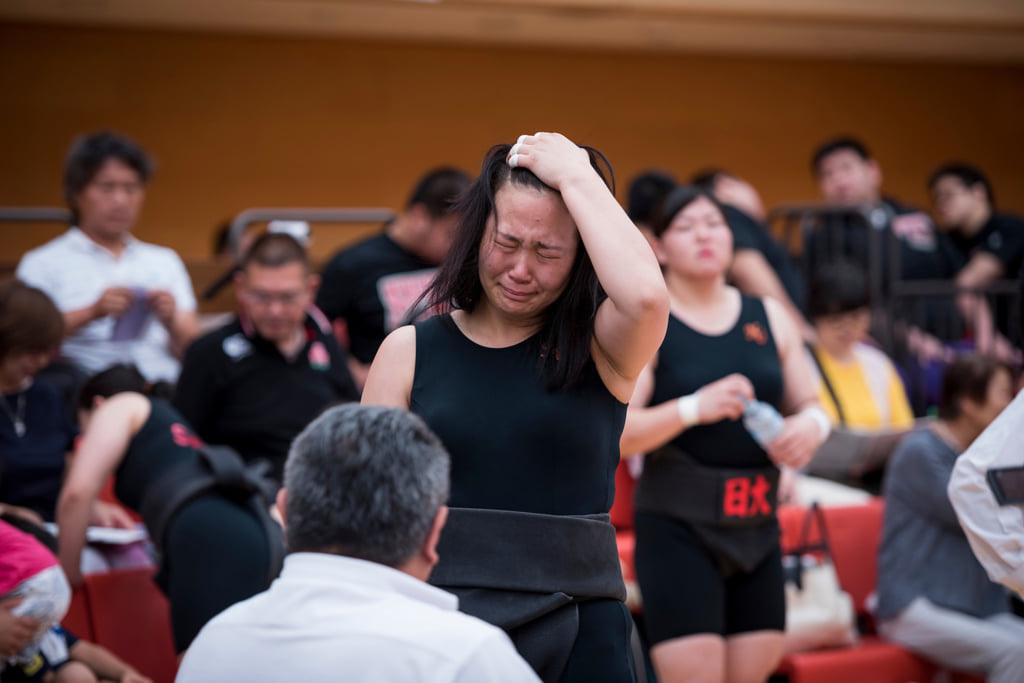 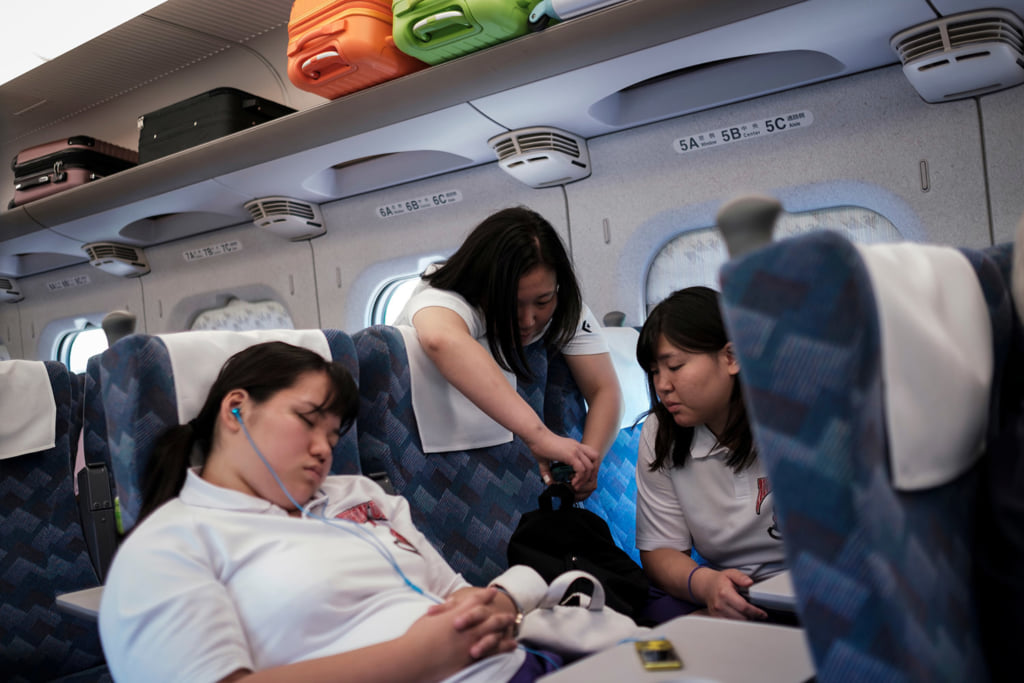 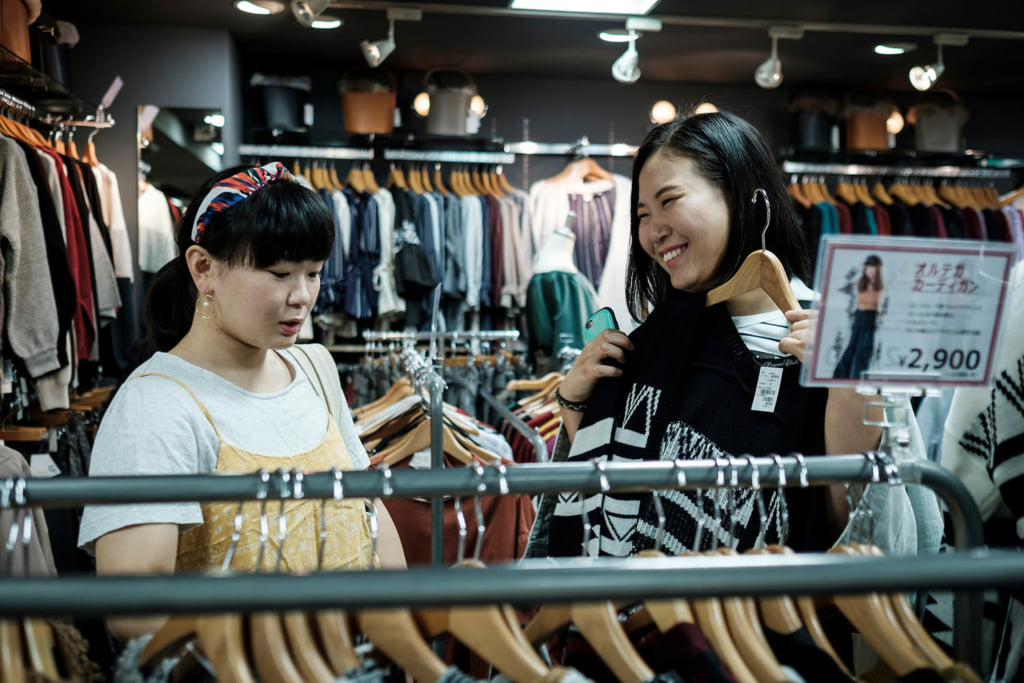 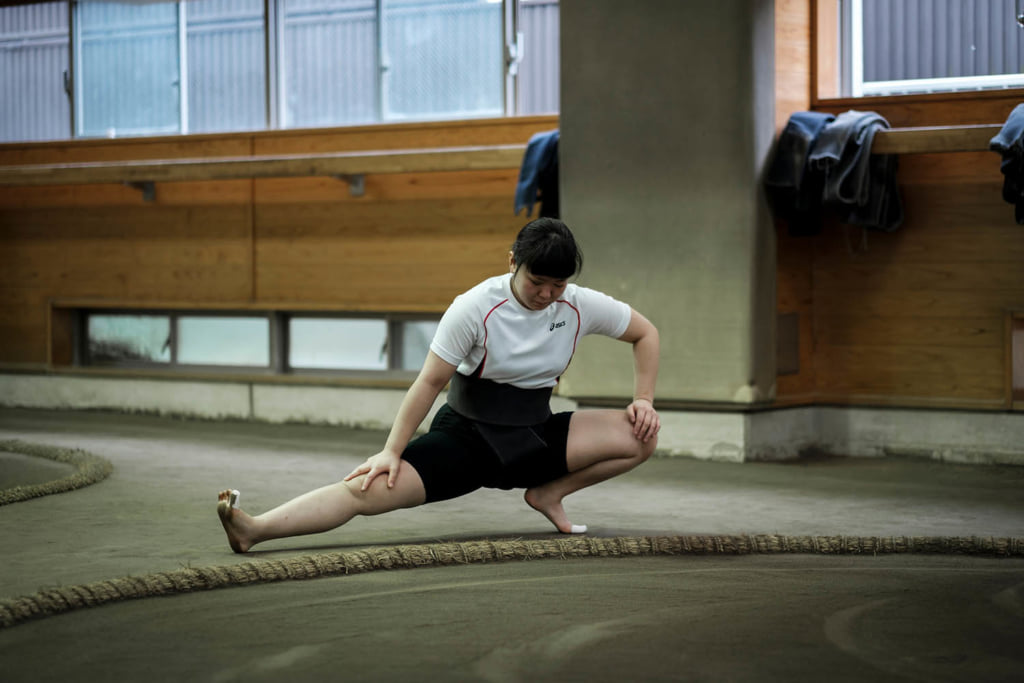 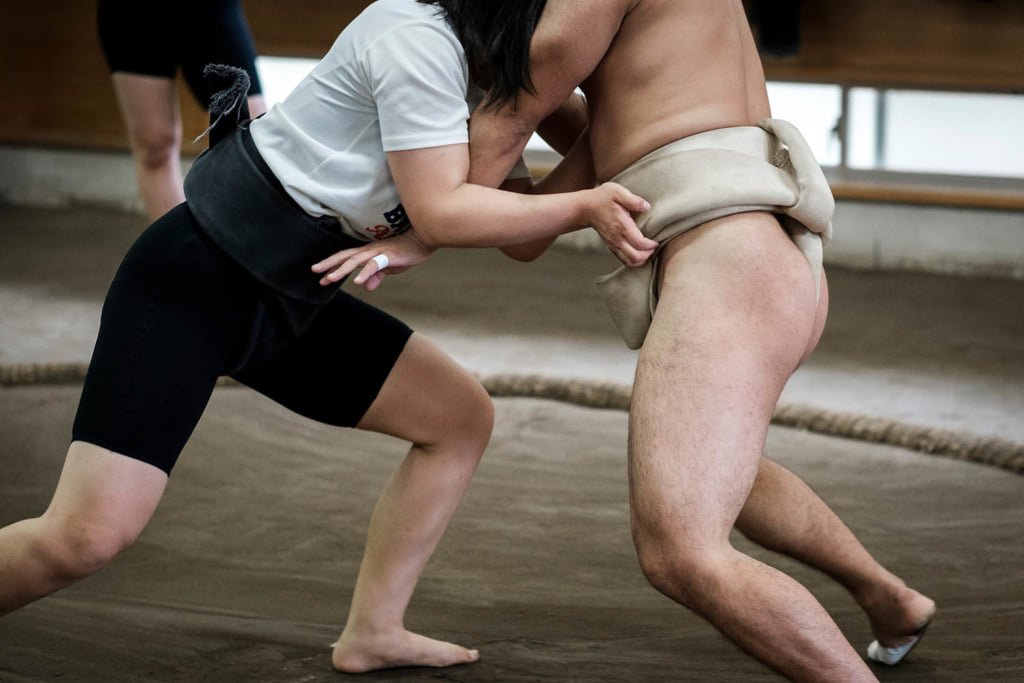 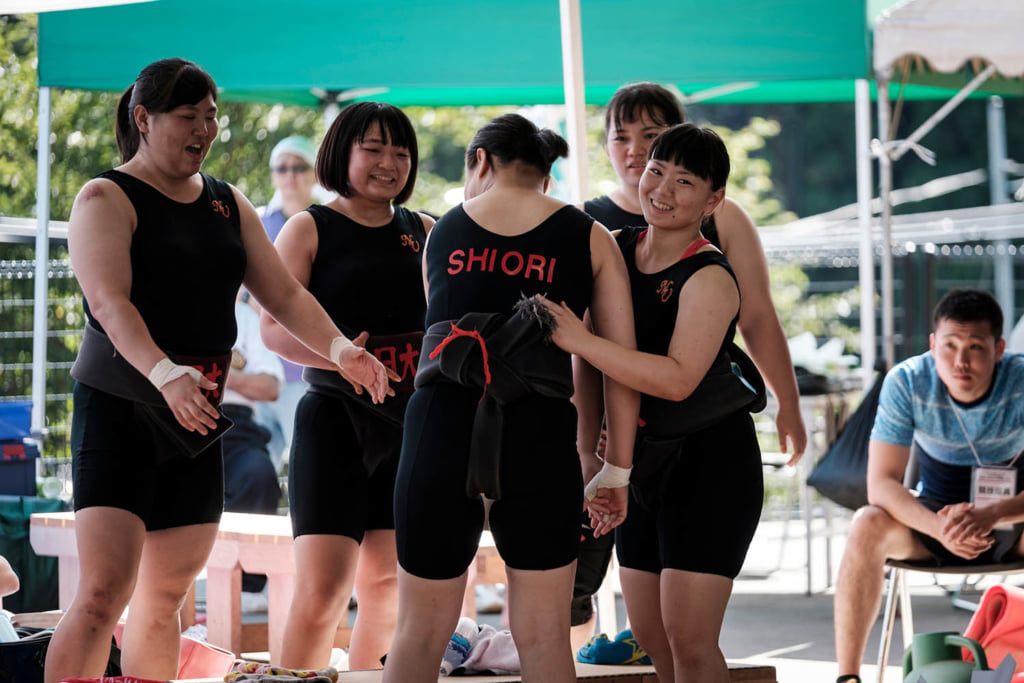