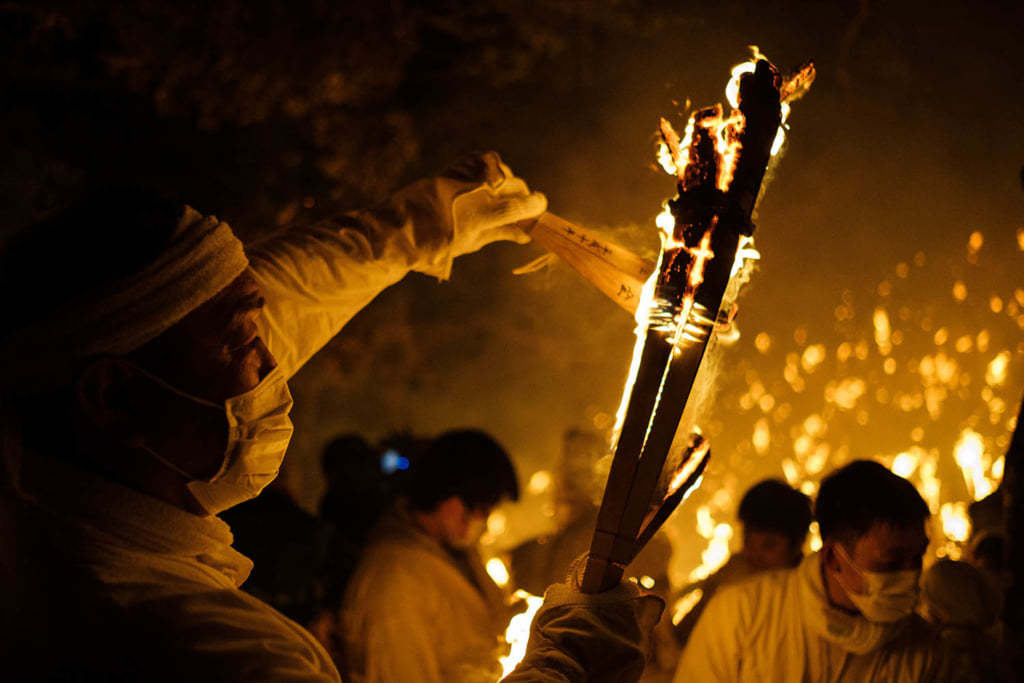 Each year, deep in the Japanese winter, 2000 men dressed in white gather in the middle of the night at the Kamikura-jinja Shrine that lies halfway up Mount Gongenyama in the Wakayama region.

This entirely male ceremony—women are not allowed to climb the 500 steps leading to the shrine—takes place every year on 6 February in honour of the harvests for the coming year. At nightfall, these thousands of men pack themselves into the shrine compound, flaming torches in hand, before racing down the steps, creating the illusion of a river of fire on the rocky face of the mountain.

A rite of passage

Photojournalist Nicolas Datiche captured images of this Shinto ceremony that is impressive and hazardous in equal measure. ‘It’s like a rite of passage. All the men in the region, and sometimes men who come from all over Japan, participate, both young and old’, explains the Frenchman, who has been living in Japan since 2013, in an interview with Pen.

Thus, the reporter documents this day in its entirety, from the bath at sunrise to the preparations for the ascent when evening comes, marking the climax of the day. ‘You feel the tension mounting, especially when they are all gathered in the shrine compound waiting to run out. It’s quite a surprising scene, all these men cloistered with torches, wanting to be the first to get through the doors at all costs’, Nicolas Datiche continues.

The photographer, who works in Japan and Taiwan, has documented other events on Japanese soil, including women’s sumo competitions.

Oto Fire Matsuri (2020), a series of photographs by Nicolas Datiche, can be found on his website. 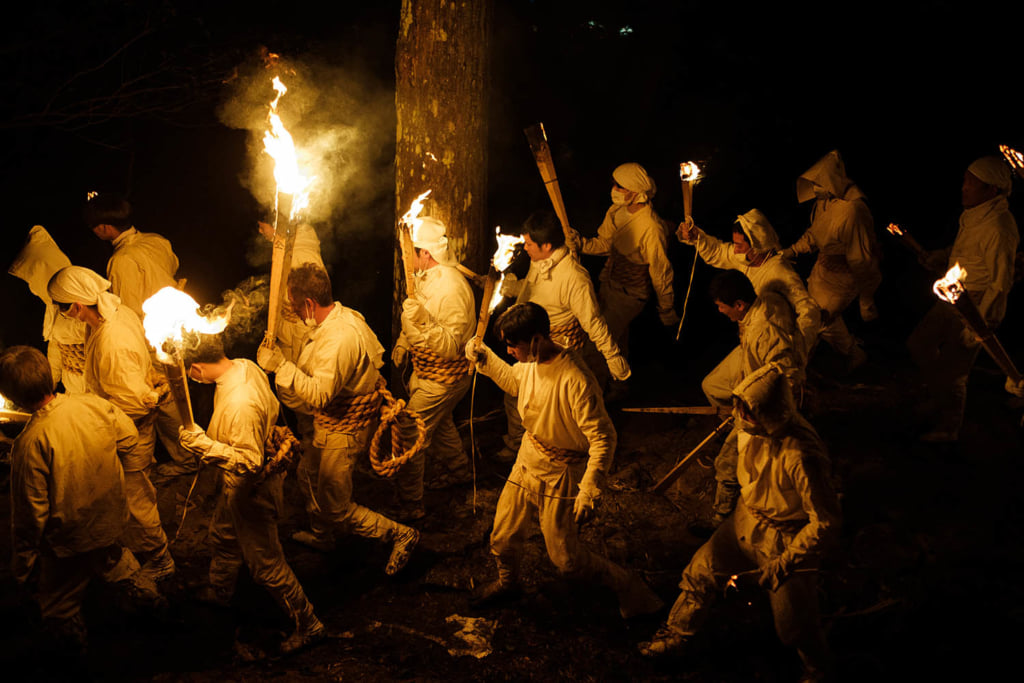 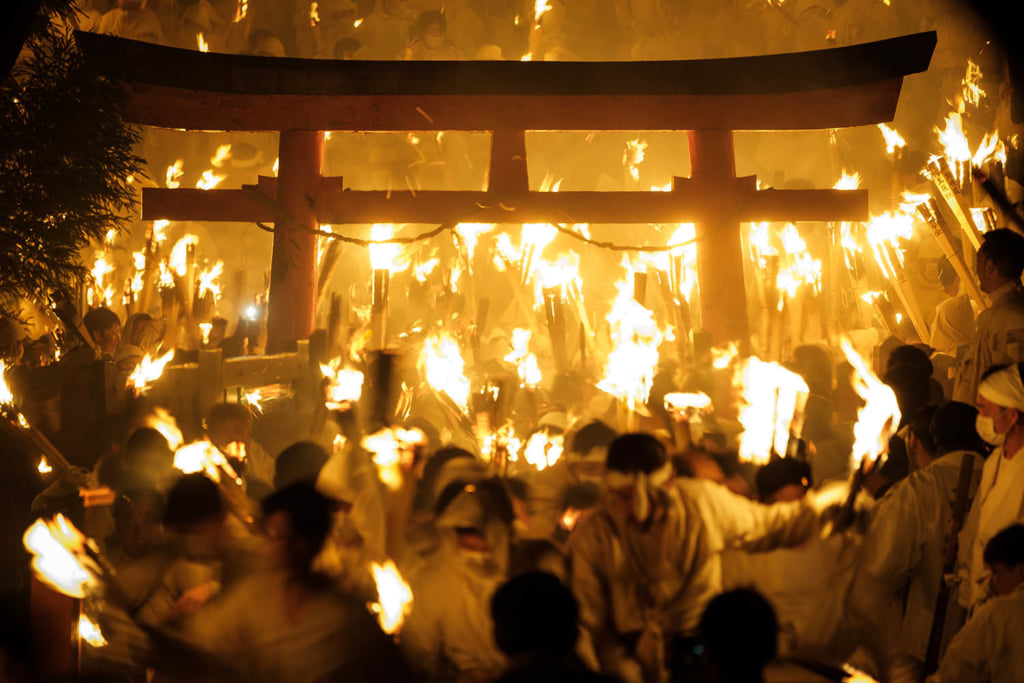 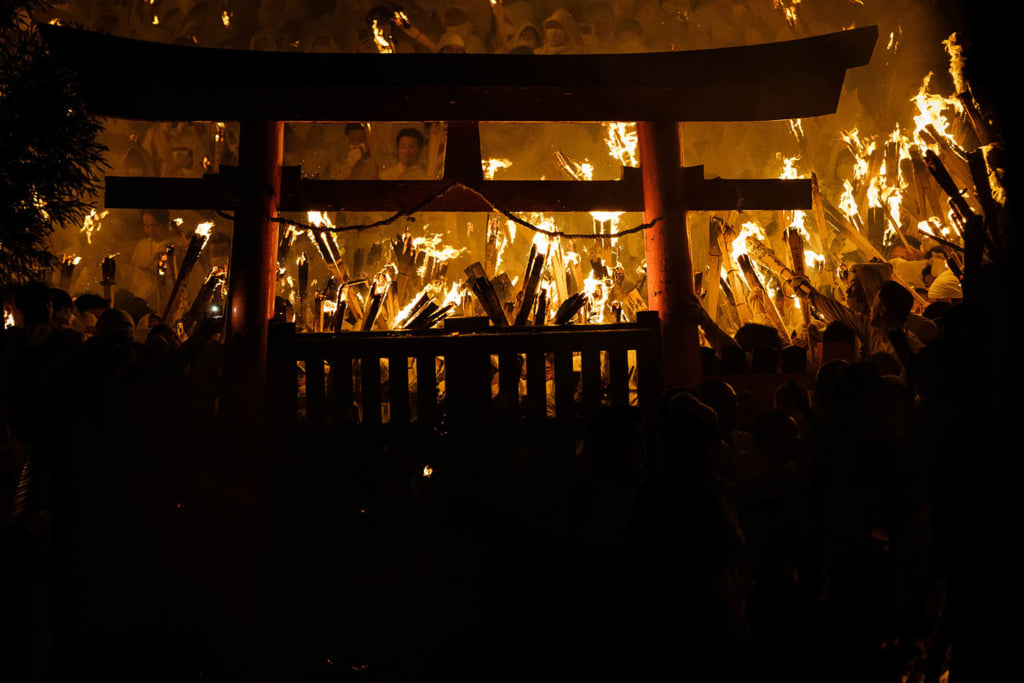 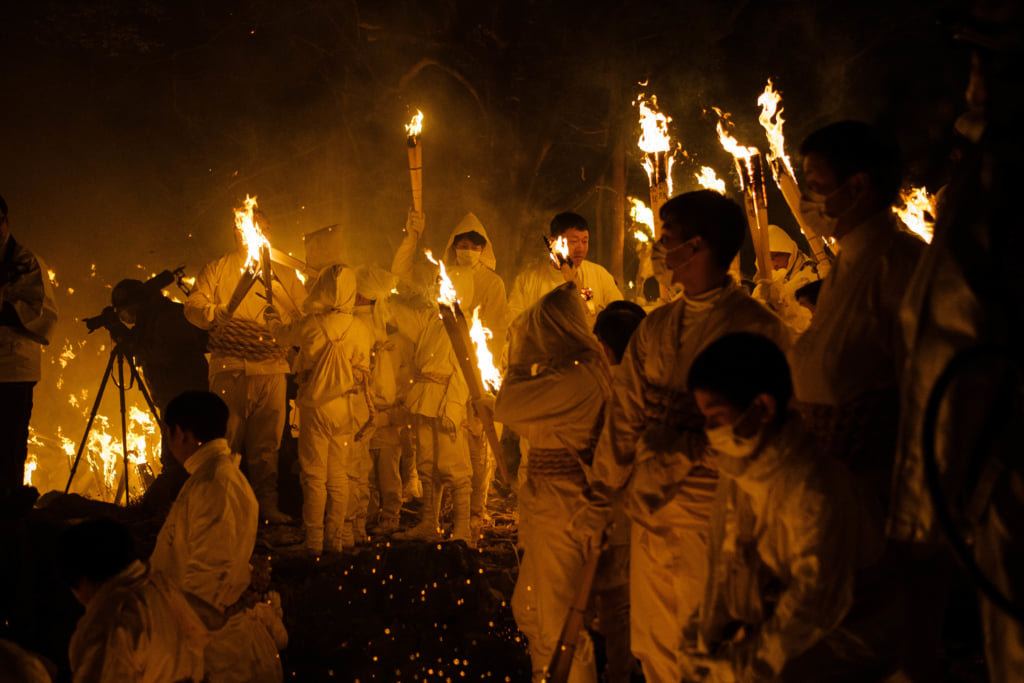 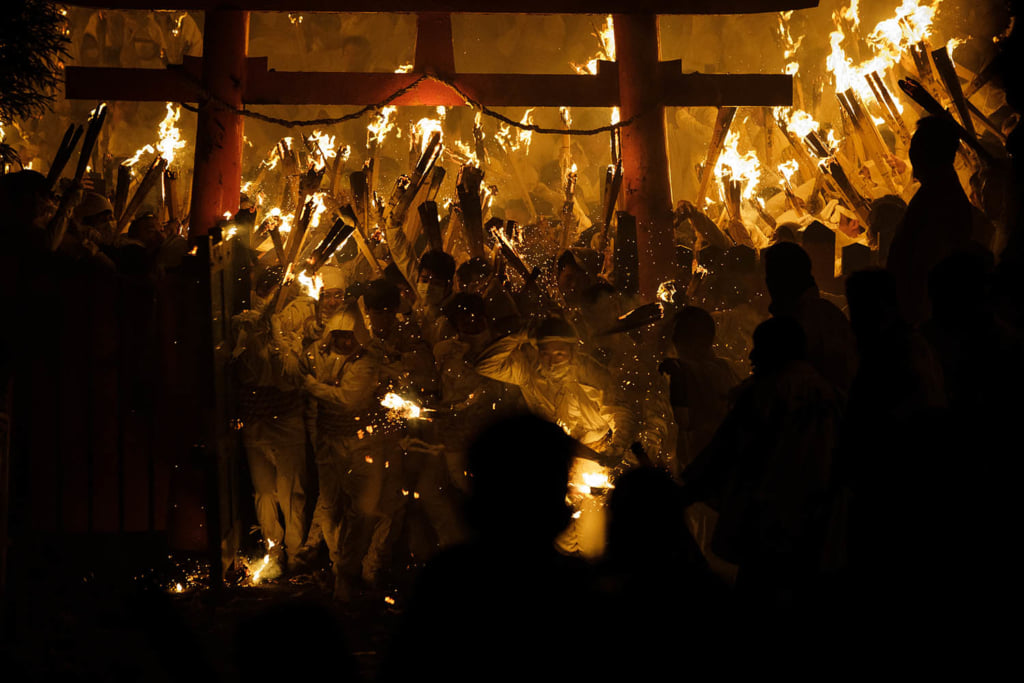 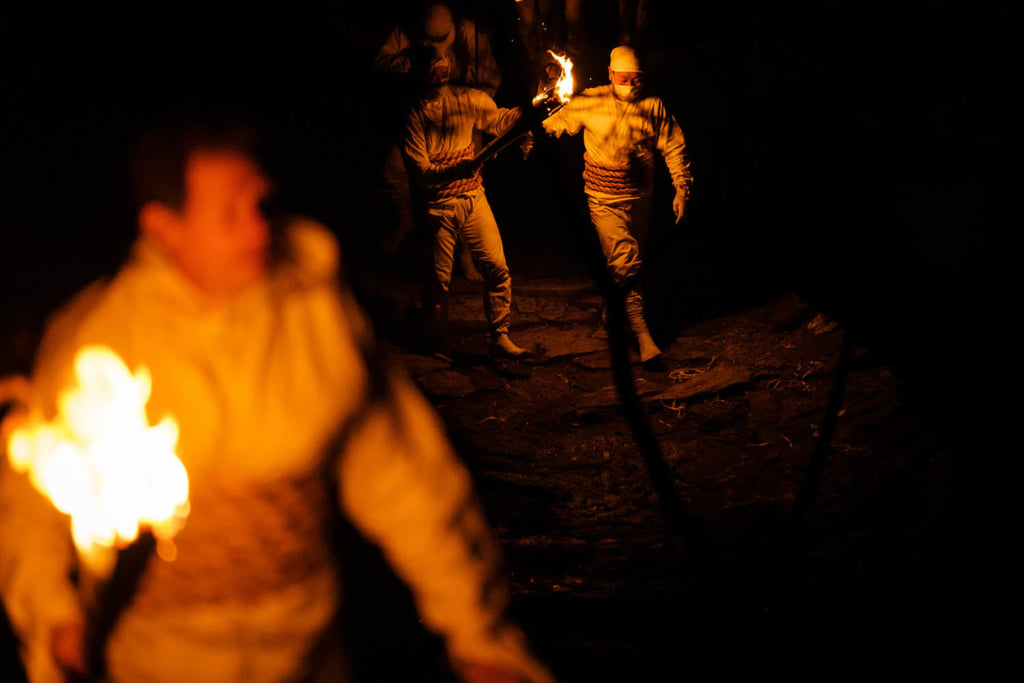 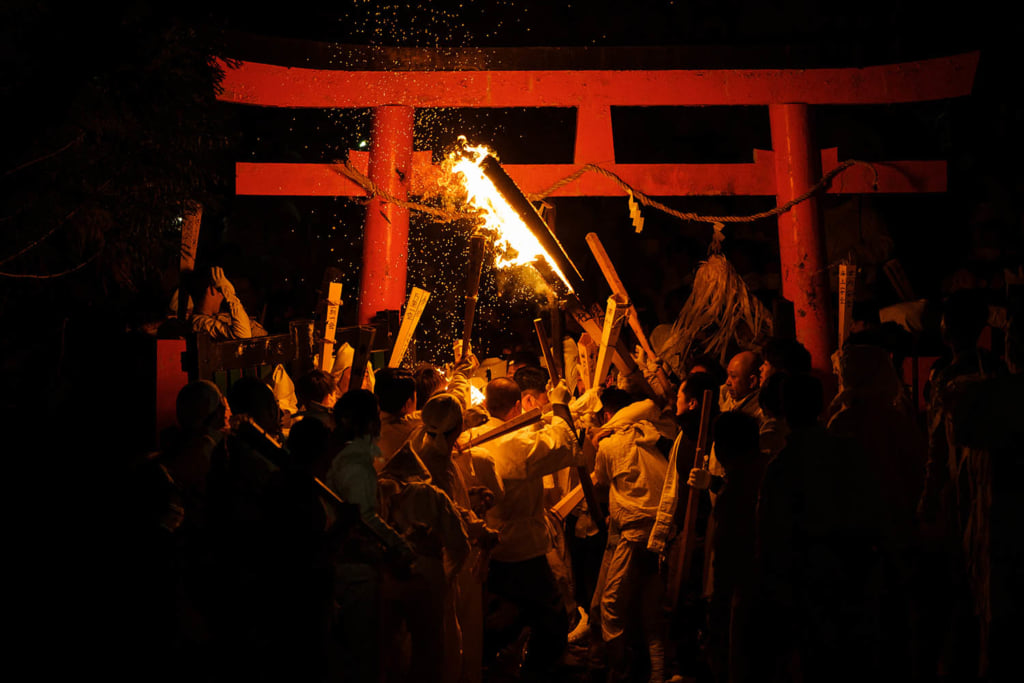 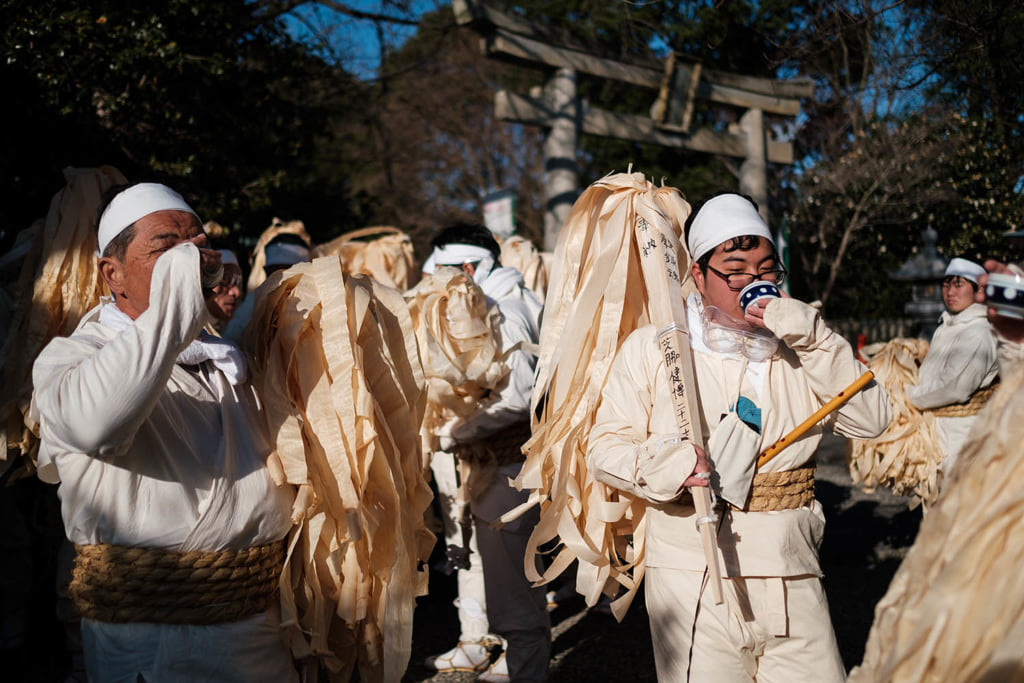 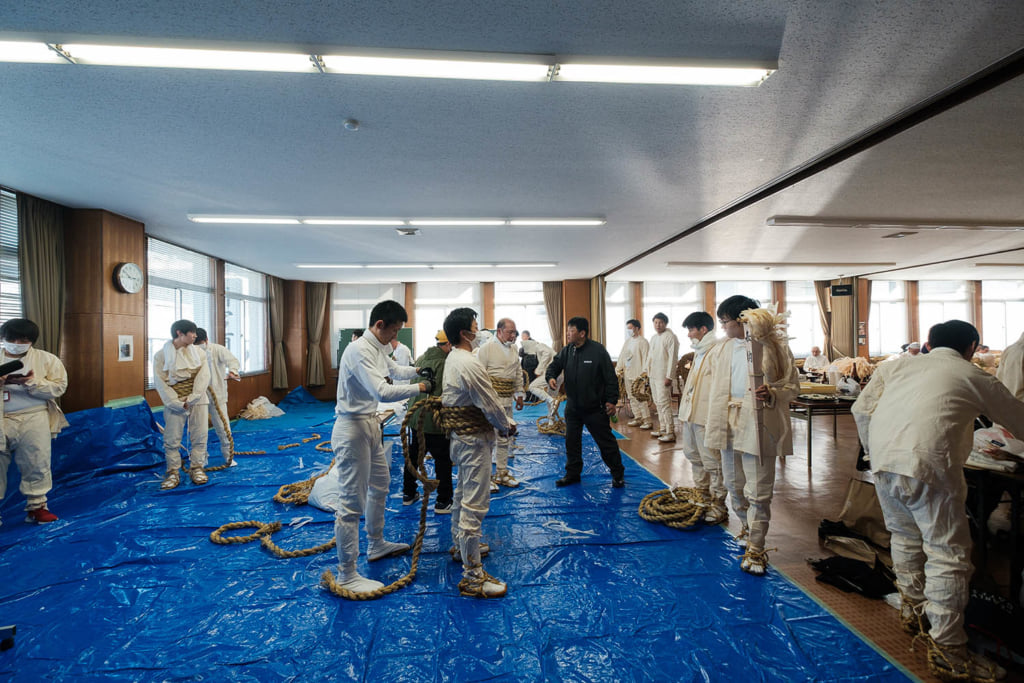 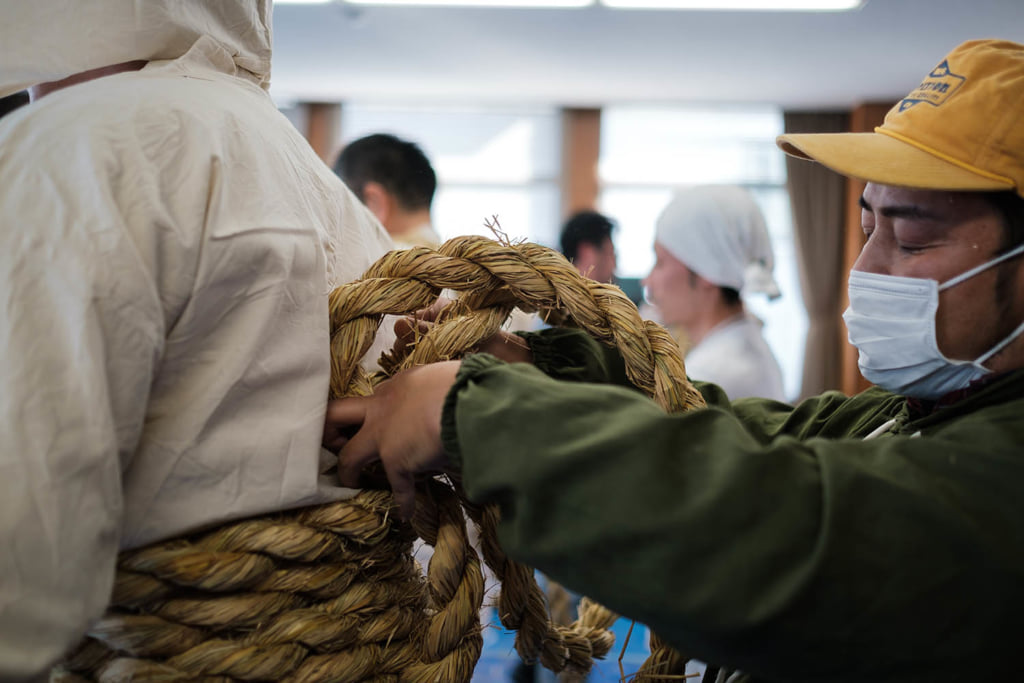 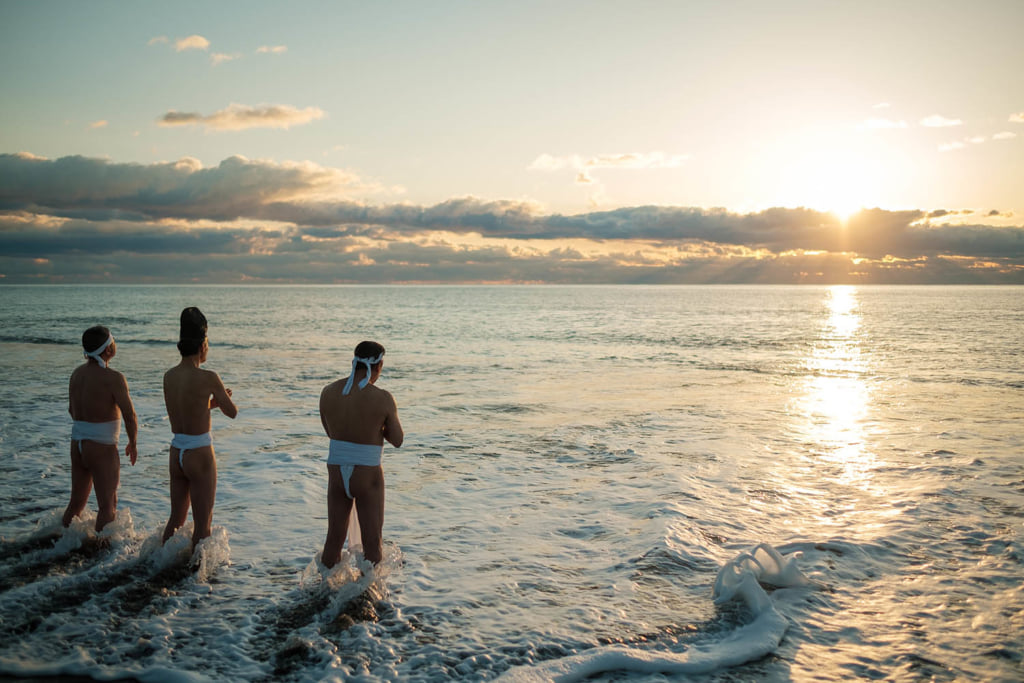 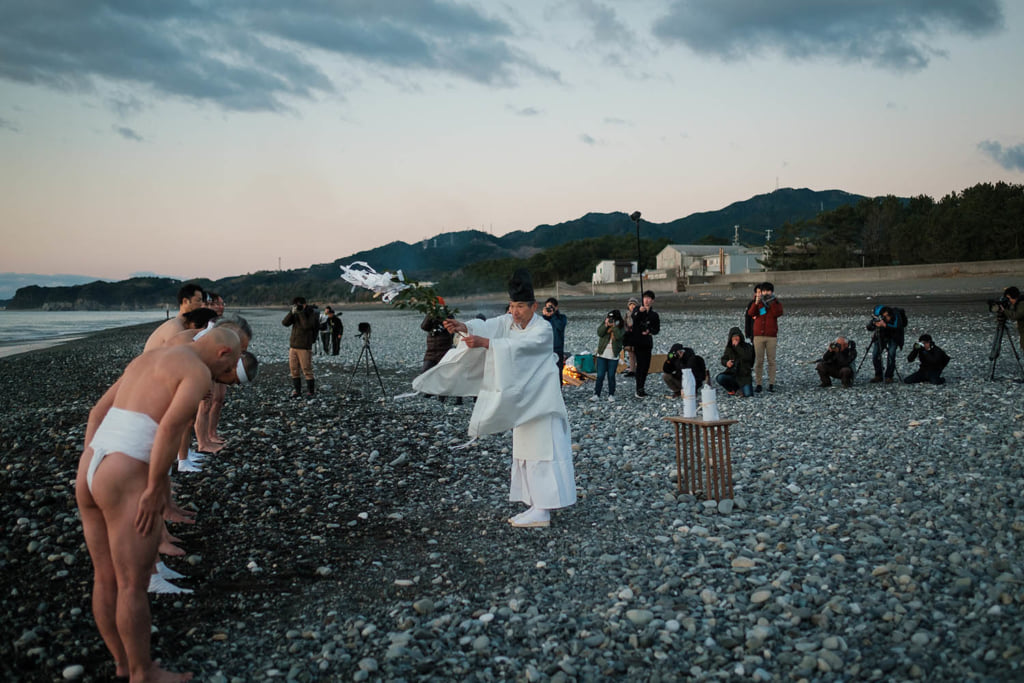