This book, by two investigative journalists, sheds light on the Japanese underworld, from its origins to its current scope of activity. 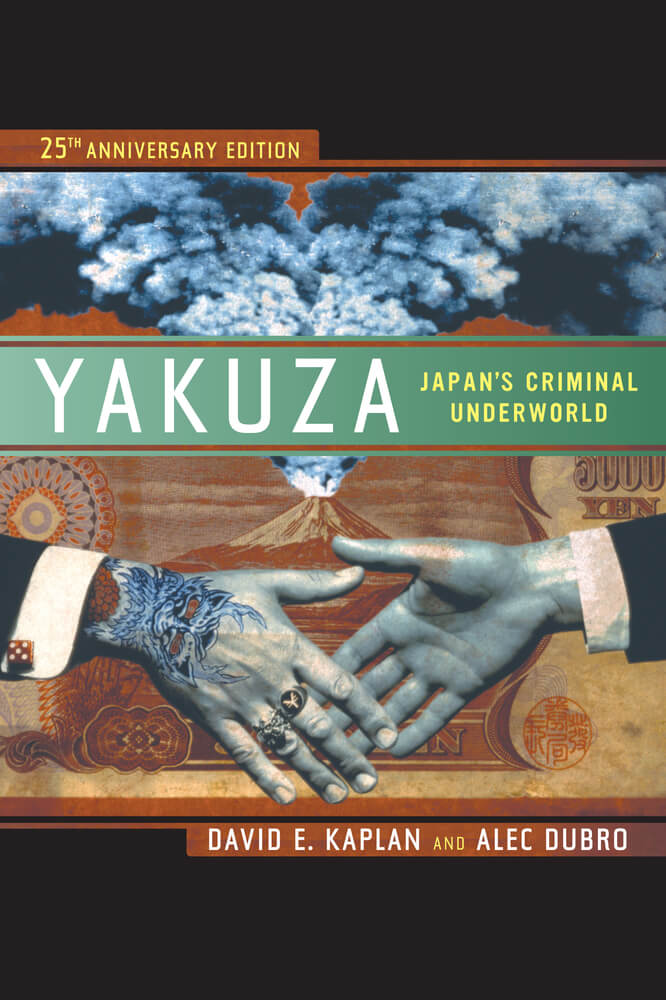 The world of the yakuza is a source of fascination as so few people have had the opportunity to enter into it without being a member of the clan. While photographers Anton Kusters and Chloé Jafé captured the yakuza‘s everyday existence on glossy paper, the Japanese mafia often keep themselves hidden from foreign eyes, preferring to leave themselves and their activities shrouded in mystery.

Alec Dubro and David Kaplan, two American journalists, decided to investigate this world, without judgement or sensationalism. Their book, Yakuza, Japan’s Criminal Underworld, is a comprehensive and thoroughly researched and sourced text on the origin of this movement and its implementation.

A book initially banned in Japan

It all began during the Tokugawa shogunate (1603-1867). While the regime was strengthening its police power, those on the margins of society organised themselves around peddlers (tekiya) and professional gamblers (bakuto). This formed the foundations for the Japanese mafia, which came to prominence at the end of the Second World War and during the subsequent American occupation of the country. The yakuza was involved in the drugs and prostitution sectors, while also getting rich through trafficking real estate in cities destroyed by bombings and fires.

The authors dissect the connections between the residents and the members of the network, their relationships with the ruling power, and their control over a growing number of areas such as politics, finance, art, gambling, drugs, and property.

First released in 1987, Yakuza, Japan’s Criminal Underworld was banned in Japan for five years. An expanded, updated version was published in 2012.

Yakuza, Japan’s Criminal Underworld (1987), a book by David Kaplan and Alec Dubro is published by University of California Press.