This building named Go-an, the base of which is covered in grass, was an ephemeral structure built for the 2021 Tokyo Olympic Games. 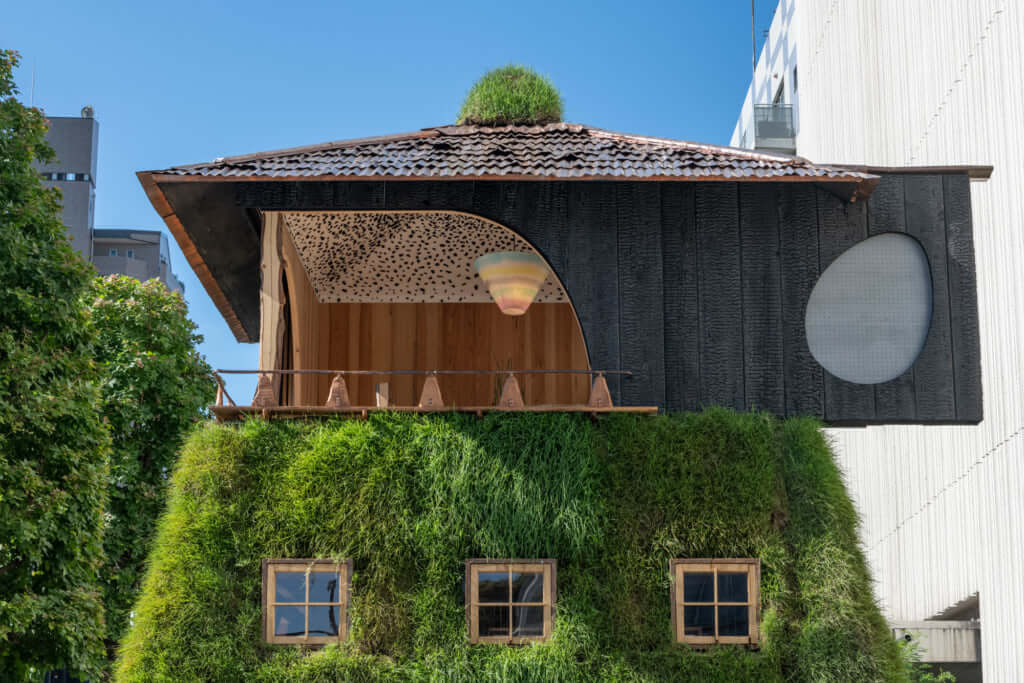 This tea house, located in the heart of Tokyo close to the national stadium in the Shinjuku district, has more than its fair share of particularities. The first, which stems from the work of its creator, Terunobu Fujimori, is that it looks nothing like a traditional tea house.

The architect, who has specialised in building tea houses since 2003, designs them in a way that is a far cry from traditional codes and conventions. Some are perched on stilts and others are suspended above the ground, while this one sits atop a grassy mound.

‘If I present a traditional tea salon, everyone would say ‘that’s typical of Japan’ and stop there. I hate that idea. That’s why I don’t use shoji or bamboo. I want people to see the hospitality offered by the tea salon rather than the architecture’, Terunobu Fujimori explains.

A tea house made from burnt wood

Another particularity of this building named Go-an is that it is an ephemeral structure that only lasts a summer. Terunobu Fujimori participated in the Pavilion Tokyo 2021 programme alongside six other renowned architects and artists like Sou Fujimoto and Yayoi Kusama, with the aim being to disseminate various structures around the national stadium designed by Kengo Kuma that the public could visit from 1 July until 5 September 2021.

To enter Go-an, visitors need to go through one of the little doors found on the side of the building, and then climb a few rungs of a ladder that will take them into the heart of the tea salon, in the middle of which stands a large table made from chestnut boards from Nagano prefecture. The space is bathed in light thanks to a large window, with the Olympic Stadium standing in the middle.

‘A tea house requires other-worldly characteristics. Rather than simply resting on the ground, it needs height. Once you’ve climbed up and come in through the narrow, sombre entrance, you see an entirely different landscape’, the architect explains.

Terunobu Fujimori, remaining true to his guiding principle of using as many natural elements as possible in his constructions, designed this tea house to be made from enormous wooden panels, the black colour of which comes from the principle of yakisugi, namely burnt cedar, which ensures that the ‘burnt’ wood can withstand the elements and parasites. 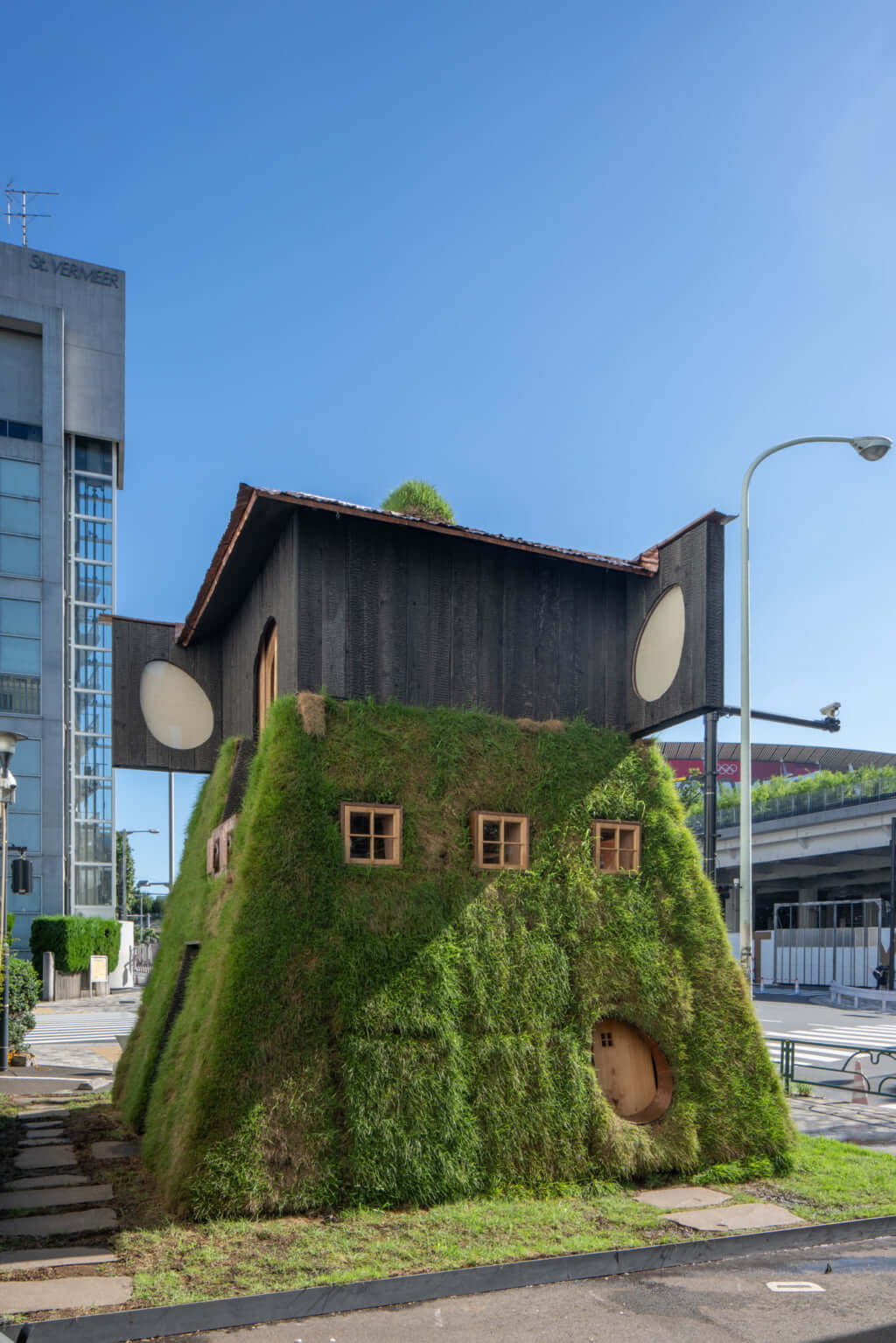 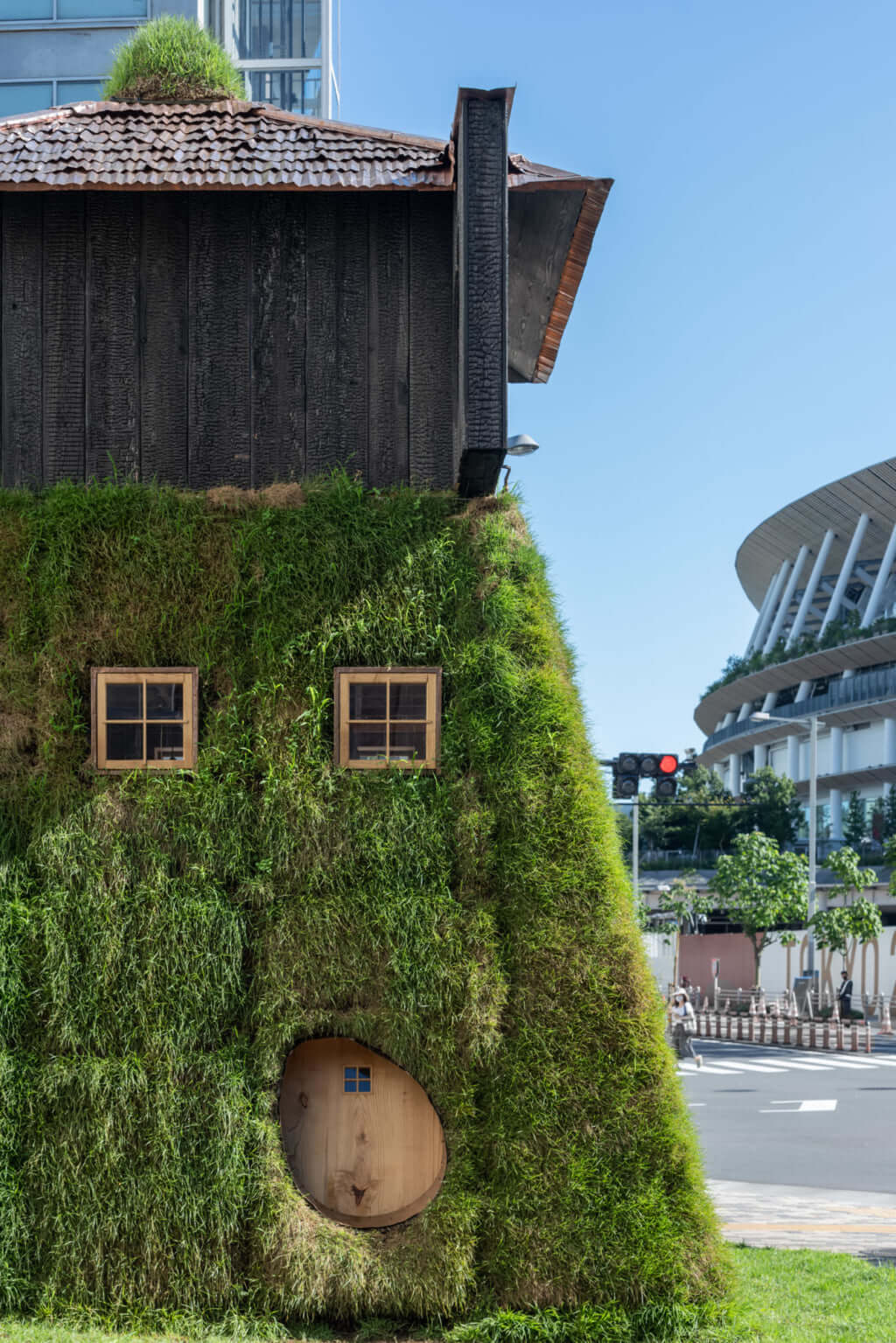 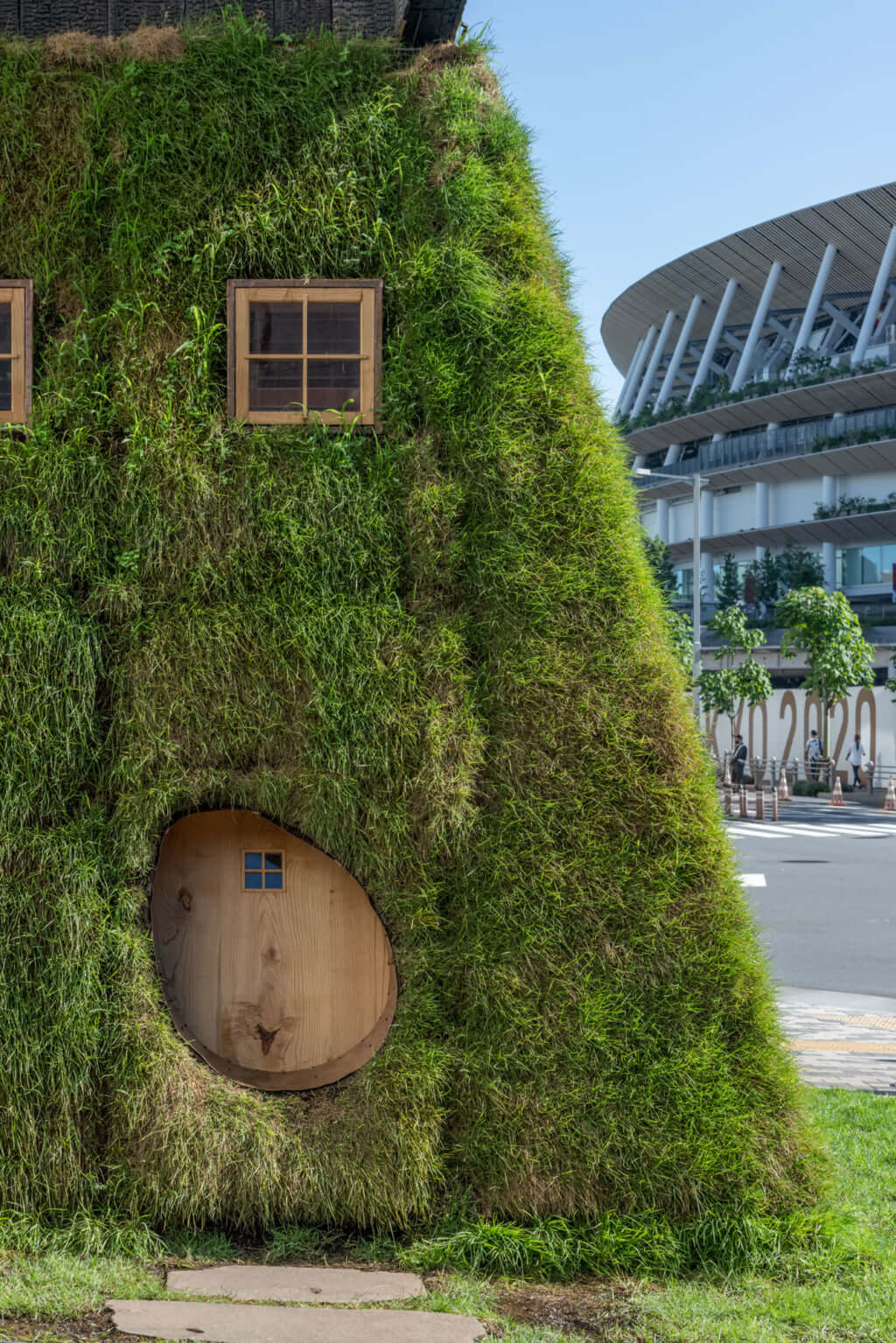 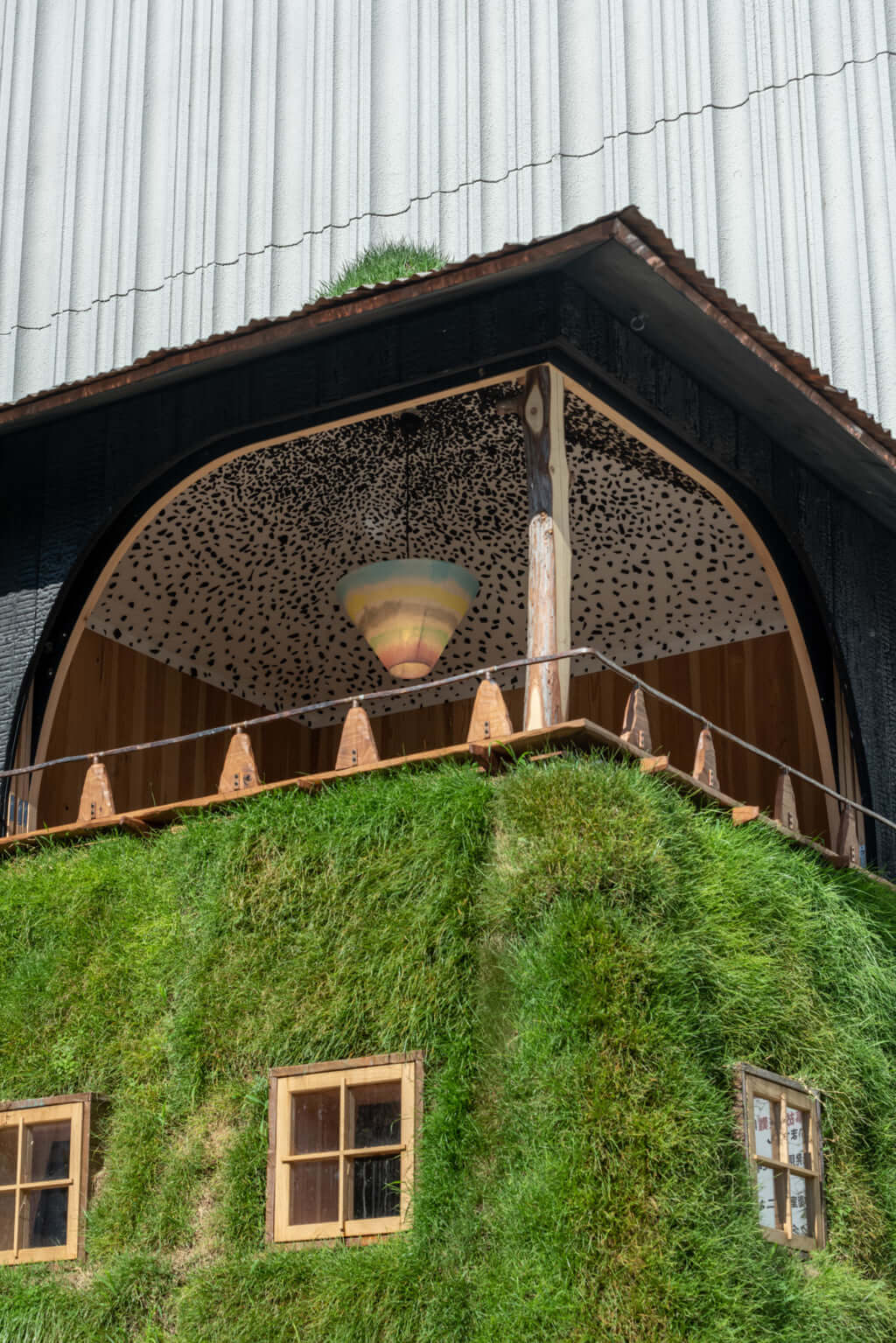 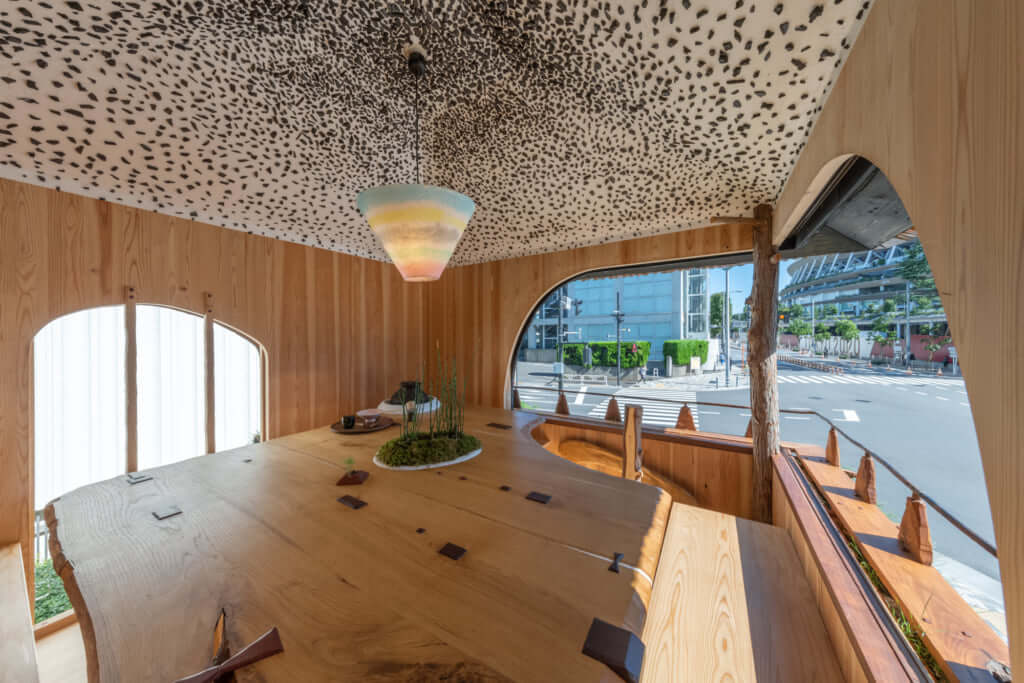 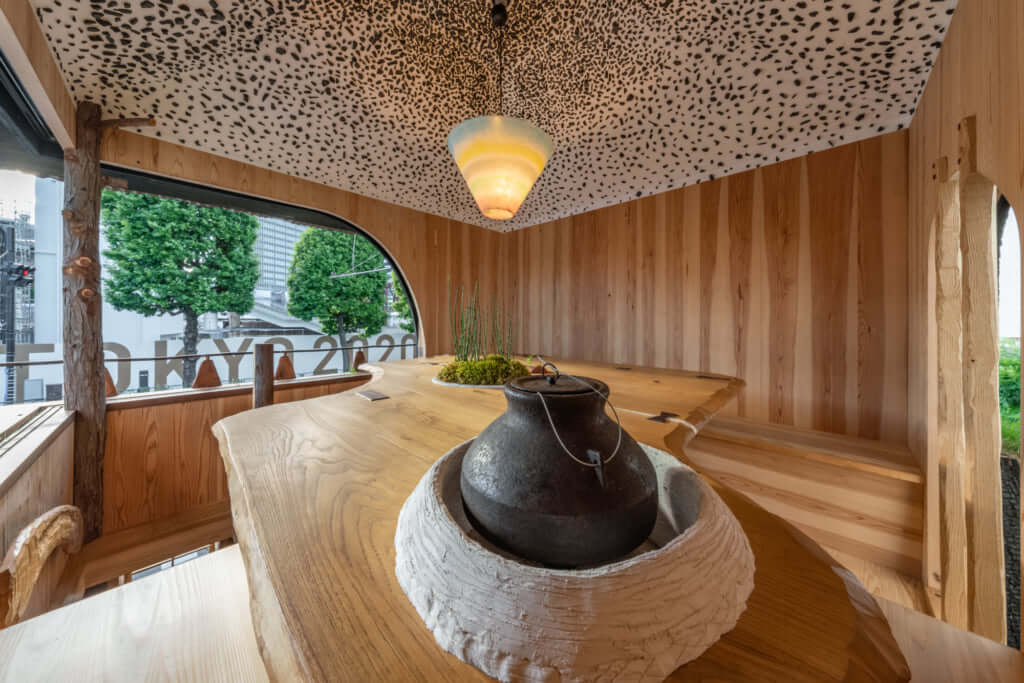 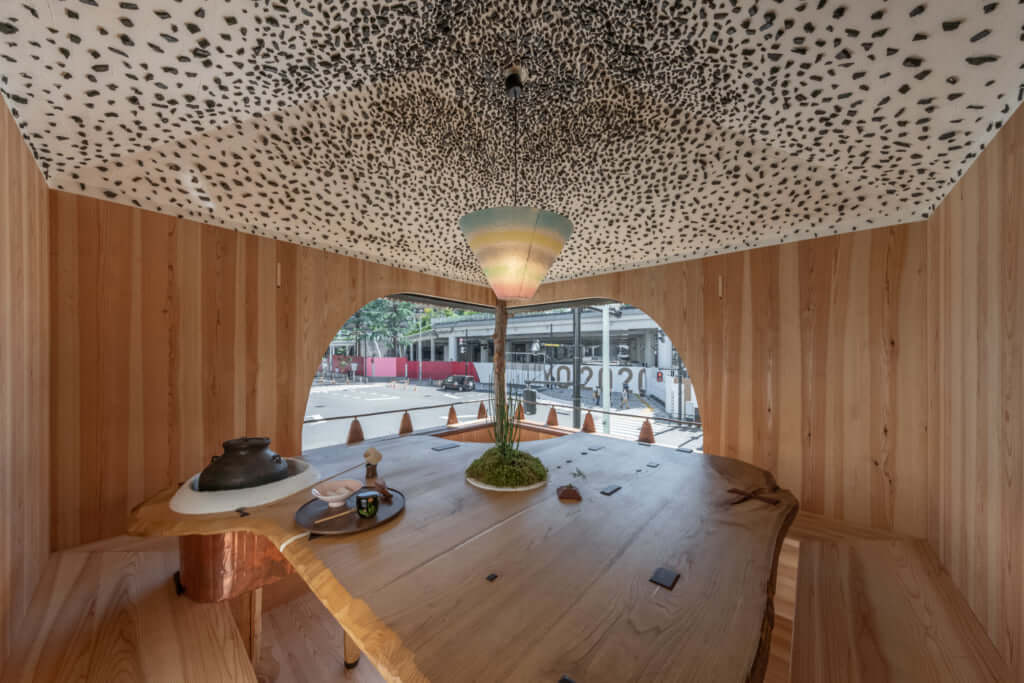 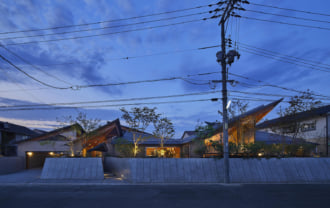 A House with a Butterfly Roof by UID Architects 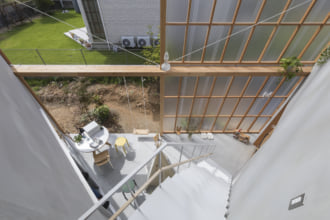 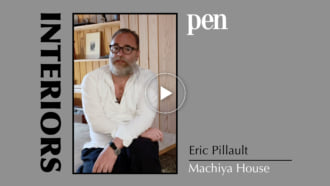