Sou Fujimoto’s ‘Arbre Blanc’, an Encounter between Japan and the Mediterranean in Montpellier

With its balconies attached to its façade, this building has become a touristic attraction and a new viewpoint over the city. 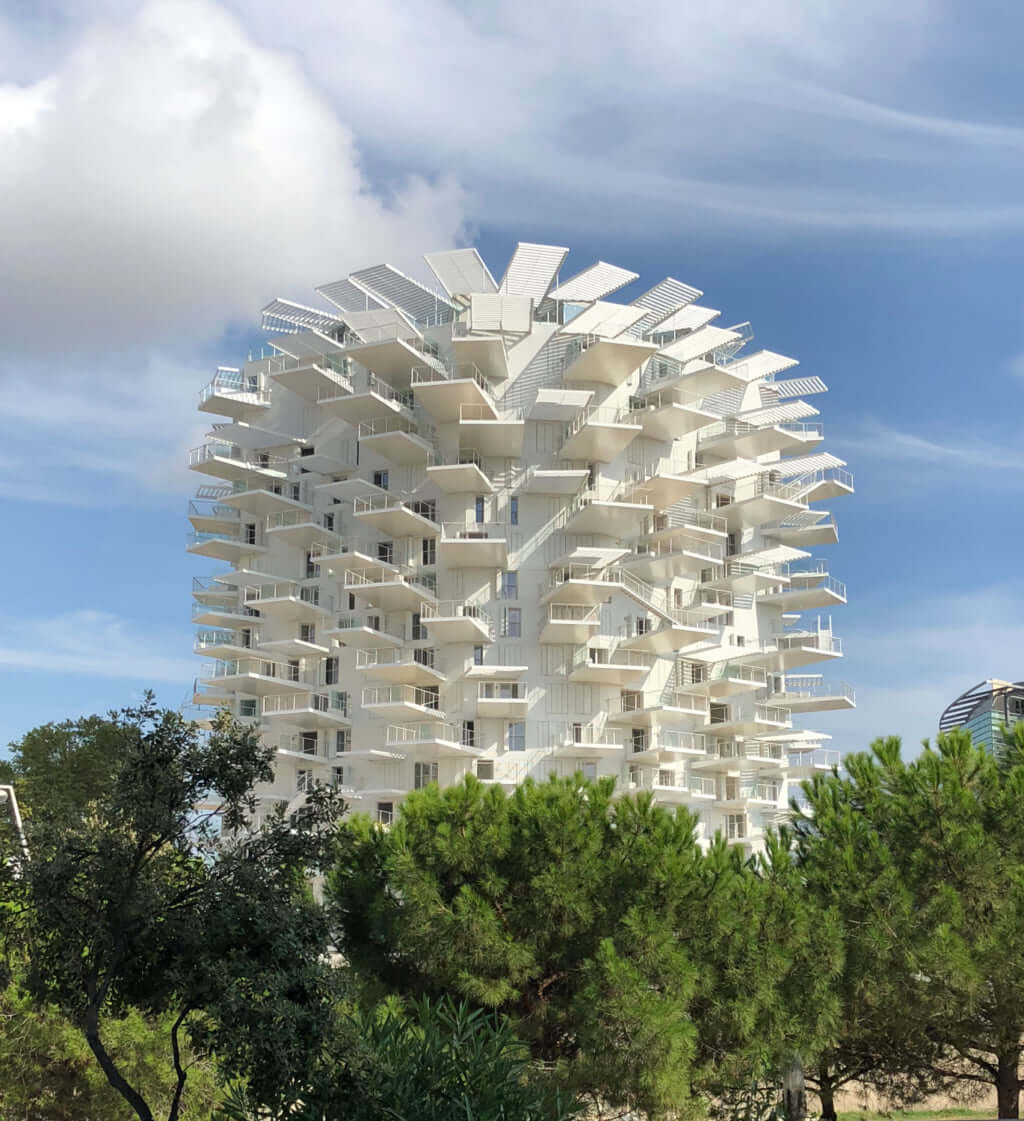 The White Tree is the name given to the first major project initiated in 2014 in France by Japanese architect Sou Fujimoto. According to the project website, the White Tree, or Arbre Blanc, is the fruit of an encounter between Japan and the Mediterranean. Created in collaboration with French architects Manal Rachdi, Nicolas Laisné, and Dimitri Roussel, the spaceship-like structure can be found in Montpellier’s Richter district.

A new contemporary emblem in the heart of the Mediterranean city, the White Tree is a cultural hybrid that blends avant-garde French architecture with Japanese culture and heritage. The project was brought to fruition by Sou Fujimoto, at the height of his artistic powers.

Having graduated from engineering school in Tokyo in 1994, the architect founded his agency, Sou Fujimoto Architects, in 2000. He began to make a name for himself in 2005 after winning the young architect prize three years on the trot at the Architectural Review Awards, one of the most prestigious international architecture prizes. In 2008, Sou Fujimoto published Primitive Future, his first manifesto that advocates a philosophy of intuitive and unconstrained architecture and that became a best seller in its year of publication.

It is therefore unsurprising that he was subsequently invited to exhibit at the Venice Biennale of Architecture in 2012, representing the Japanese pavilion. Now considered one of the biggest names in contemporary architecture, Sou Fujimoto rethinks the space between nature and artifice, and produces unique forms in constant evolution.

Living inside and outside

With 200 balconies designed to look like leaves, the White Tree is a veritable architectural achievement. Its 35-m2 terraces, attached directly to the façade, are the longest in the world, dwarfing the next largest at 7.5 m. These balconies are a way of living inside and outside simultaneously, but also help to reduce energy consumption as they protect the façade from the sun and automatically cool down the apartments inside.

At 56 metres tall, the tower block has 17 floors and 113 apartments, offering residents exceptional views across the Mediterranean and the Pic Saint-Loup with its rooftop bar, which opened at the end of May 2019. At the foot of the building, both residents and tourists can dine at the restaurant on the banks of the Lez.

A city appreciated by architects

Though all of the apartments have already been sold, the White Tree is breathing new life into Montpellier. It shares a postcode with the Pierresvives building by Zaha Hadid, the town hall built by Jean Nouvel, and the Antigone district designed by Ricardo Bofill in the 1970s.

According to the project website, the tower block is intended to be a central point in the city, like a Mount Fuji of the Midi, at the heart of the collective imaginary. It’s a structure that’s both philosophical and strategic from a future-facing perspective, made possible thanks to Sou Fujimoto, one of the new leaders in Japanese minimalist architecture.

More information on L’Arbre Blanc, a project designed by Sou Fujimoto, can be found on the dedicated website. 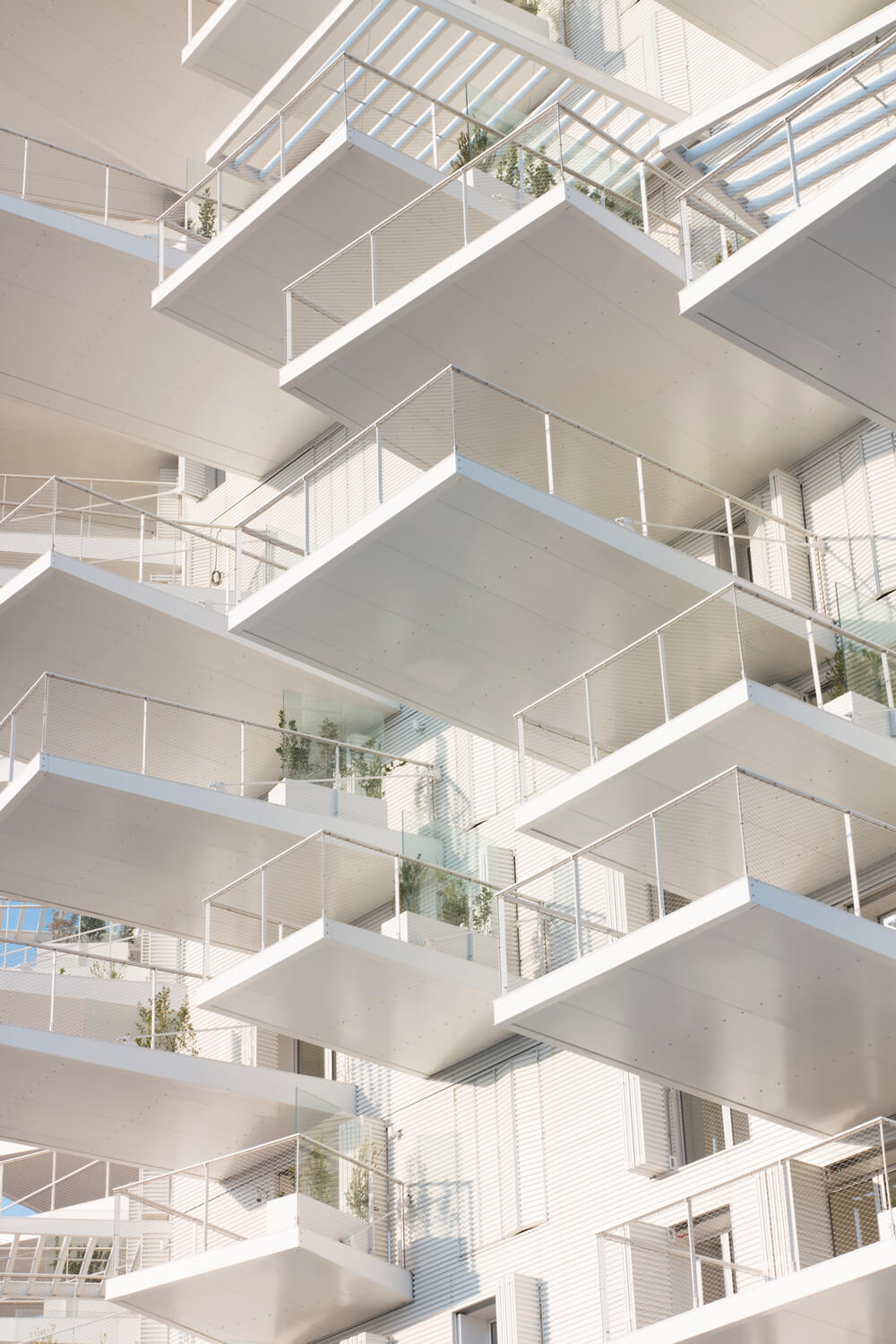 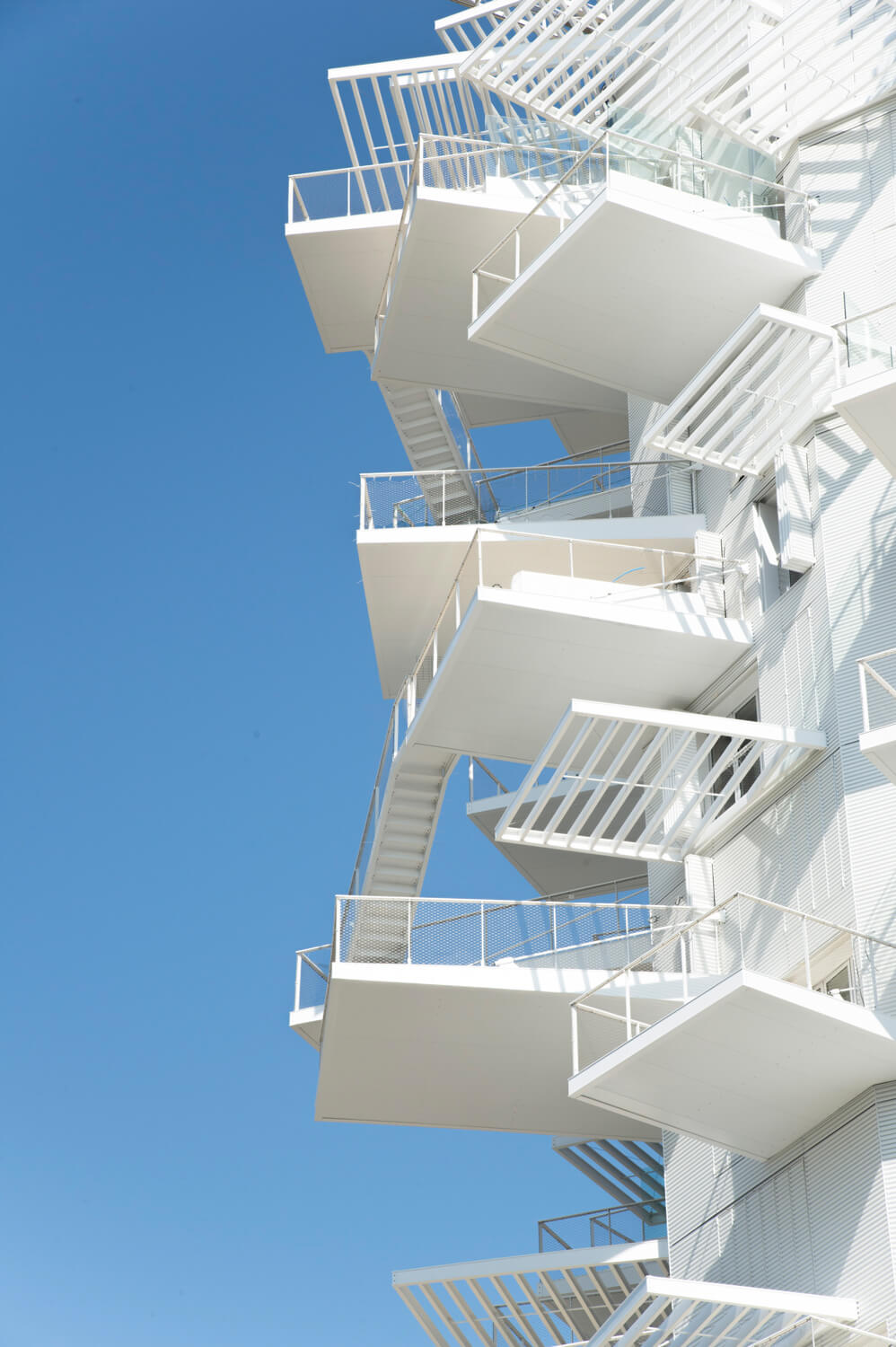 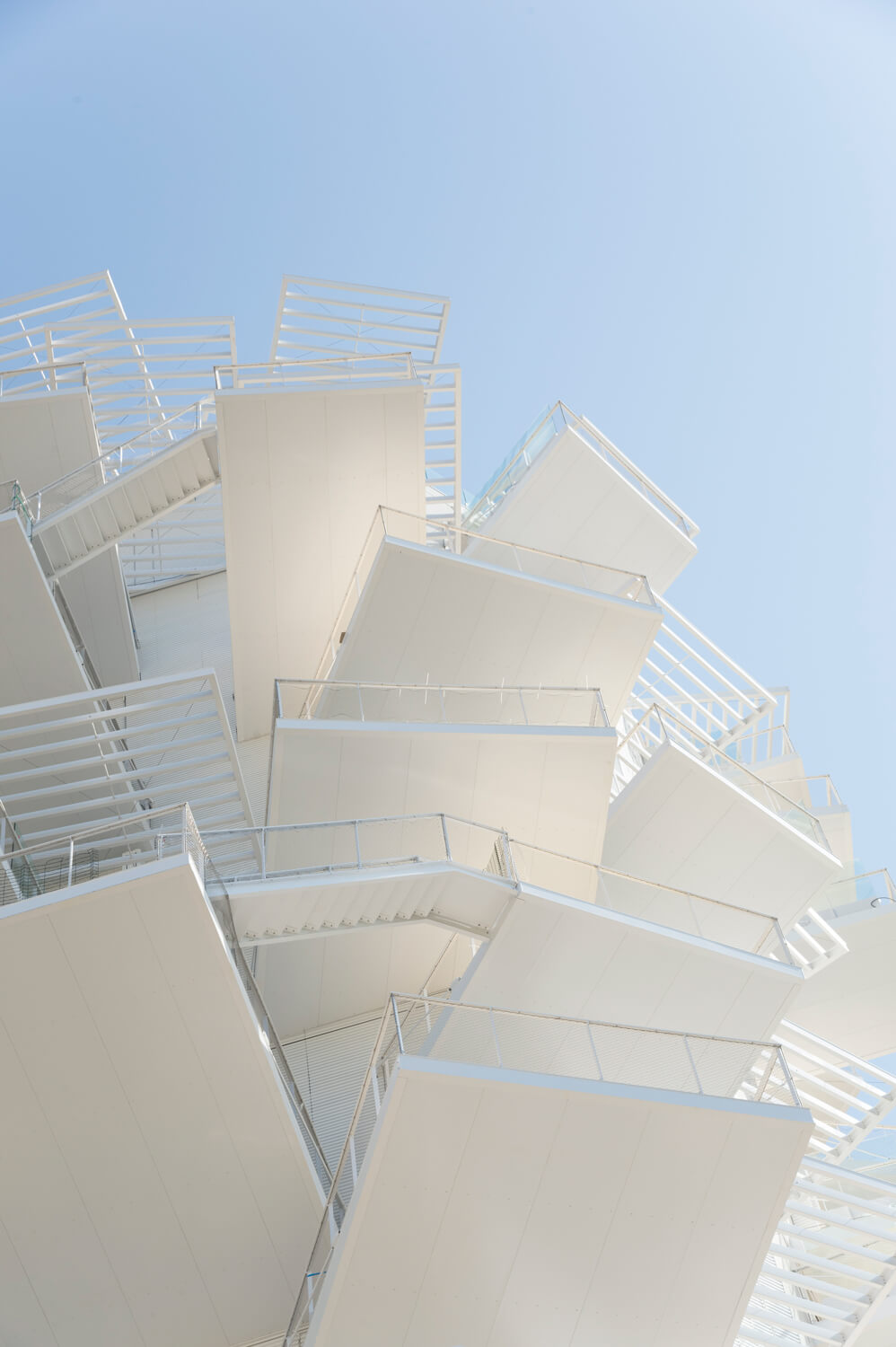 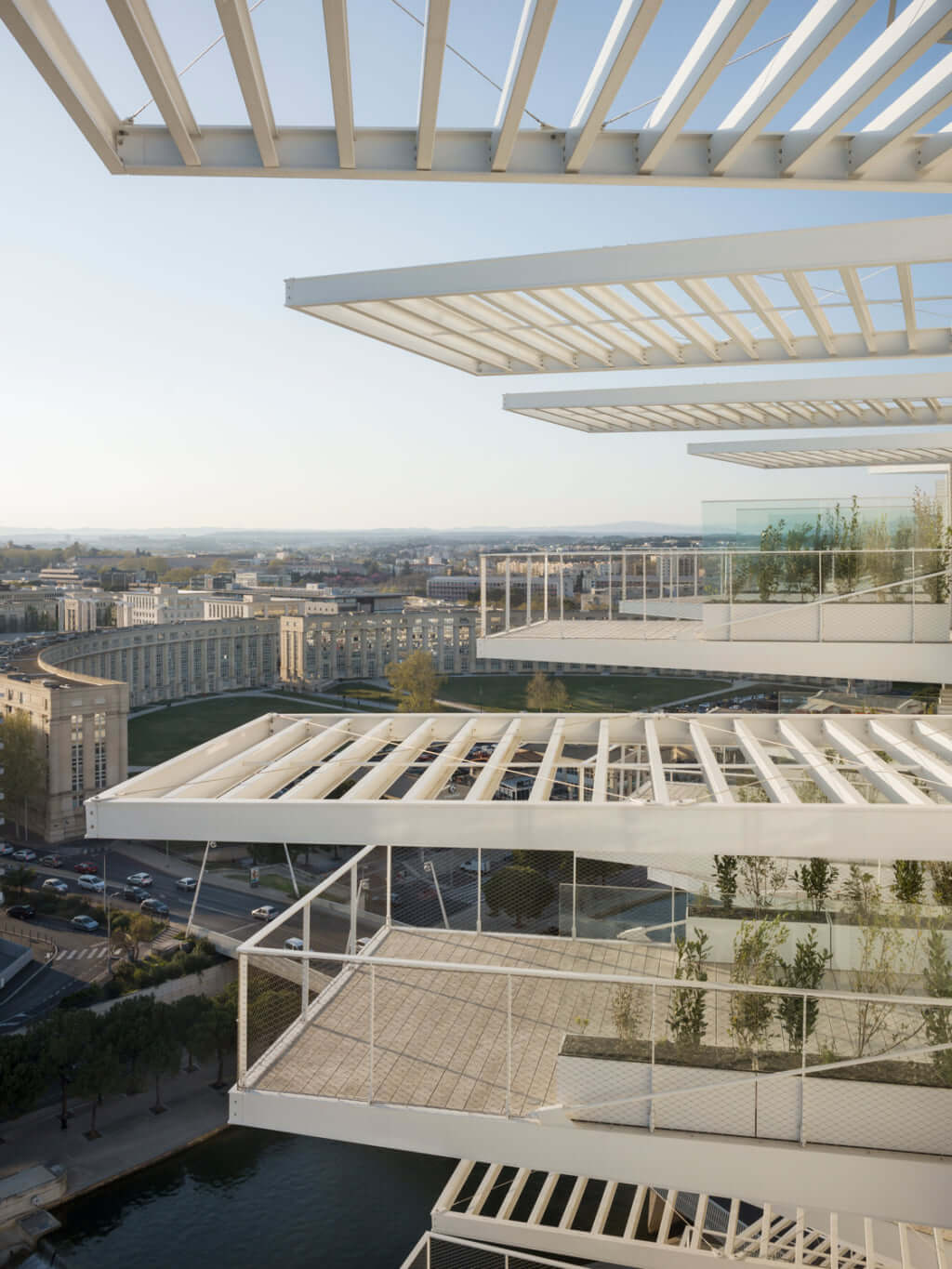 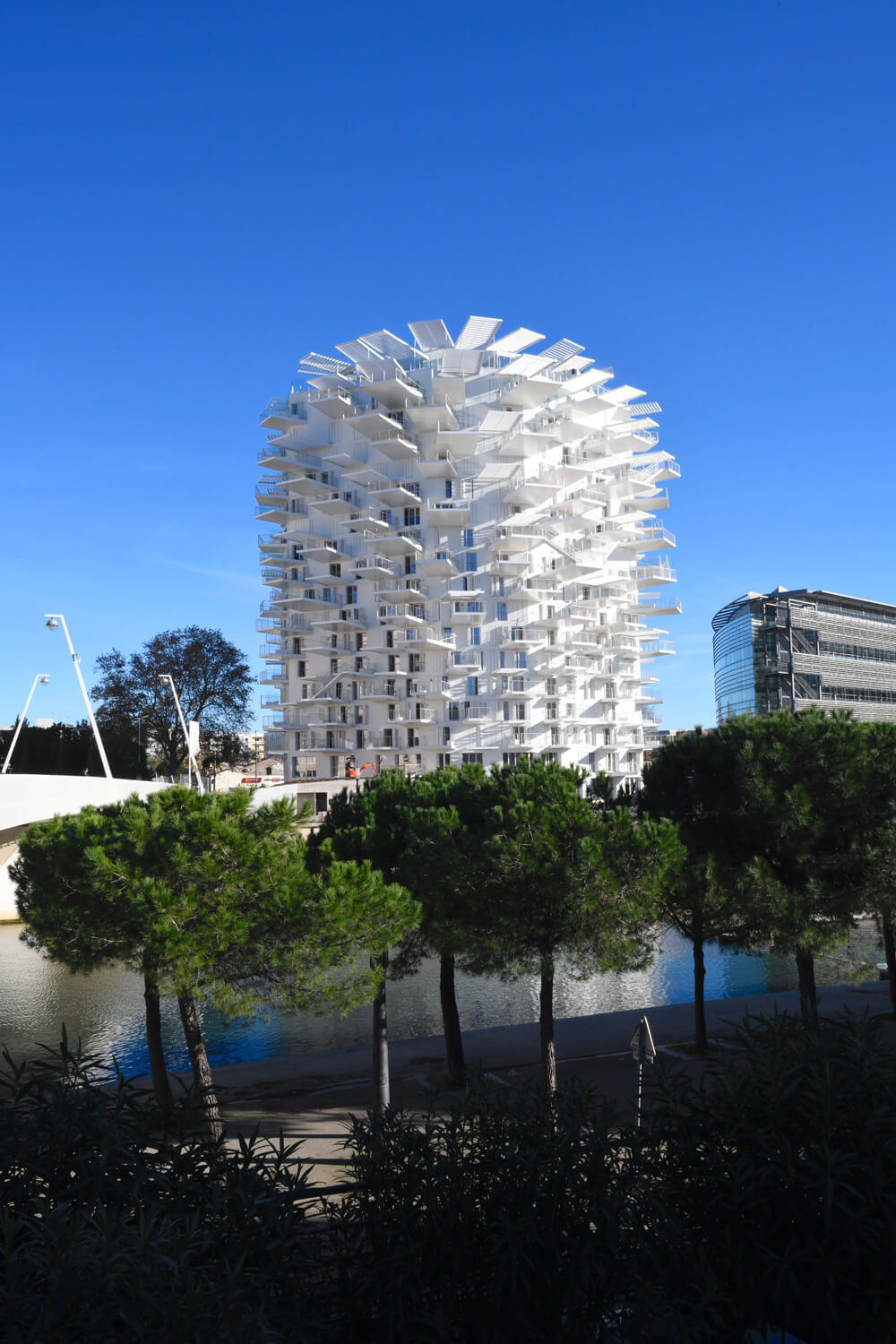 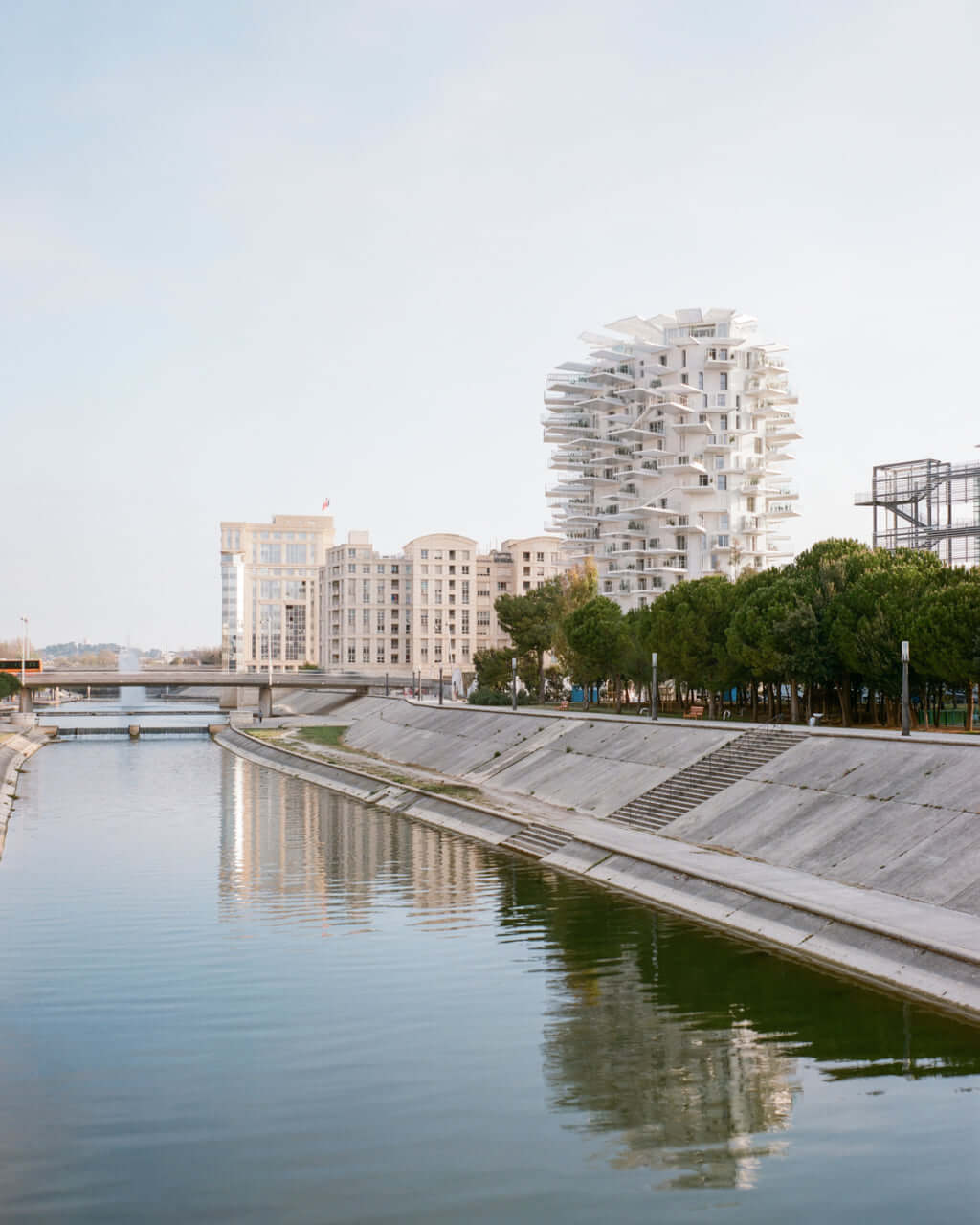 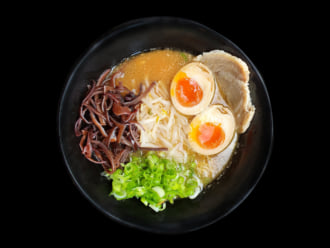 From My Kitchen to Yours, Ian Wheatley 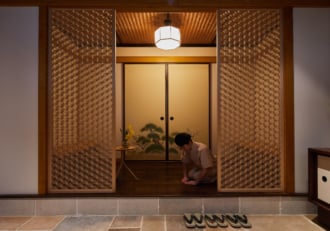 Maison Suisen, the Philosophy of a ‘Ryokan’ in Paris 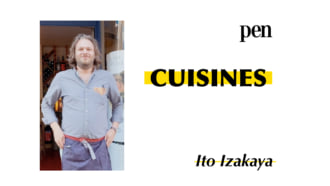 An Izakaya Like in Roppongi, in the Heart of Paris