On his estate in Pennsylvania, the architect and woodworker erected buildings that blend the international style with Japanese architecture. 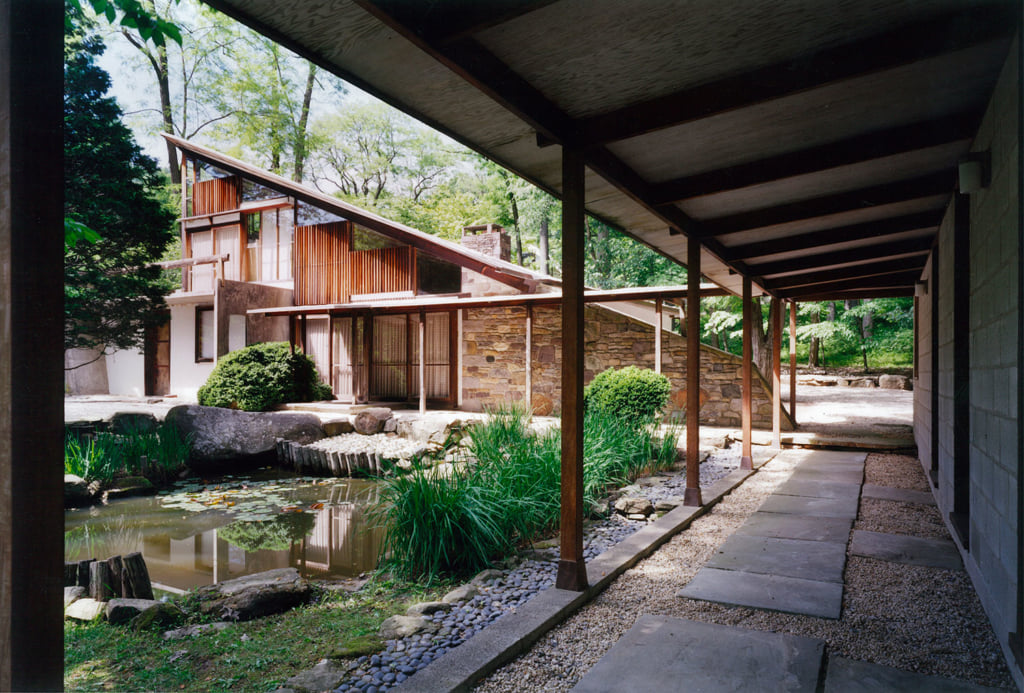 Spread across a five-hectare plot of land where vast green lawns are surrounded by a forest, the 21 buildings conceived, designed, and furnished by George Nakashima condense, in the heart of New Hope in Pennsylvania, the spirit and influences of this individual whose work made a significant mark on the mid-20th century.

Born in Washington in 1905 into a family descended from samurai, George Nakashima started out studying silviculture and architecture before attending the Fontainebleau American School of Fine Arts. His time in France was marked by his visit to Chartres Cathedral and Le Corbusier’s Swiss Pavilion in Paris, which would influence his style. Although he began his career as an architect-designer in the United States, George Nakashima moved to Japan in 1934, where he trained in traditional Japanese architecture before crossing back over the Pacific to make the leap into furniture design, notably collaborating with Knoll. During this period, his style asserted itself, with delicate lines coupled with the use of high-quality materials.

The landscape and architecture in symbiosis

In 1946, the architect and designer began working on the construction of his estate in Pennsylvania, which at the time comprised only a house and a workshop. Ten years later, as his influence was growing and his architectural and woodworking firm was flourishing, George Nakashima started to create a showroom, a finishing room, and another dedicated to chair manufacture. The estate achieved its definitive form in the 1970s, with the addition of a reception house, a cloister, an arts building, and a pool house.

The buildings reflect the architect’s multiple influences. He was inspired by the international style, a movement that combines the teachings of the Bauhaus from Germany with the technical nature of the use of glass, steel, and concrete specific to the United States. George Nakashima was also strongly marked by traditional Japanese architecture, which uses natural materials in a more raw form. The 21 buildings that make up the Nakashima estate are therefore made from wood, local stone, or white stucco. The interior is flooded with light thanks to the ribbon windows and large glass walls.

The estate is infused with the philosophy of George Nakashima, for whom architecture, furnishings, and the landscape had to be juxtaposed in an almost symbiotic manner. He inherited this tendency from his history and its intermingling of the United States, Japan, India, and France. Following his death in 1990, his daughter Mira took over the reins of the estate, where the George Nakashima Woodworkers’ studio continues to design furniture, perpetuating the artist’s philosophy and aesthetic. The property can be visited by appointment. 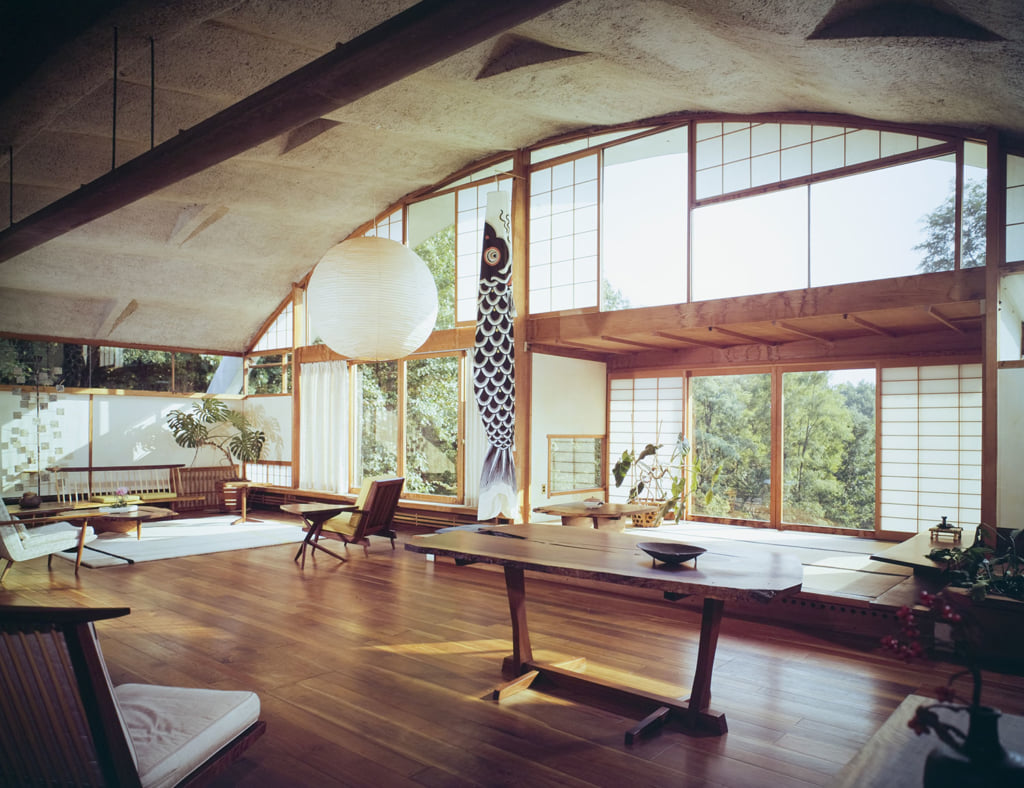 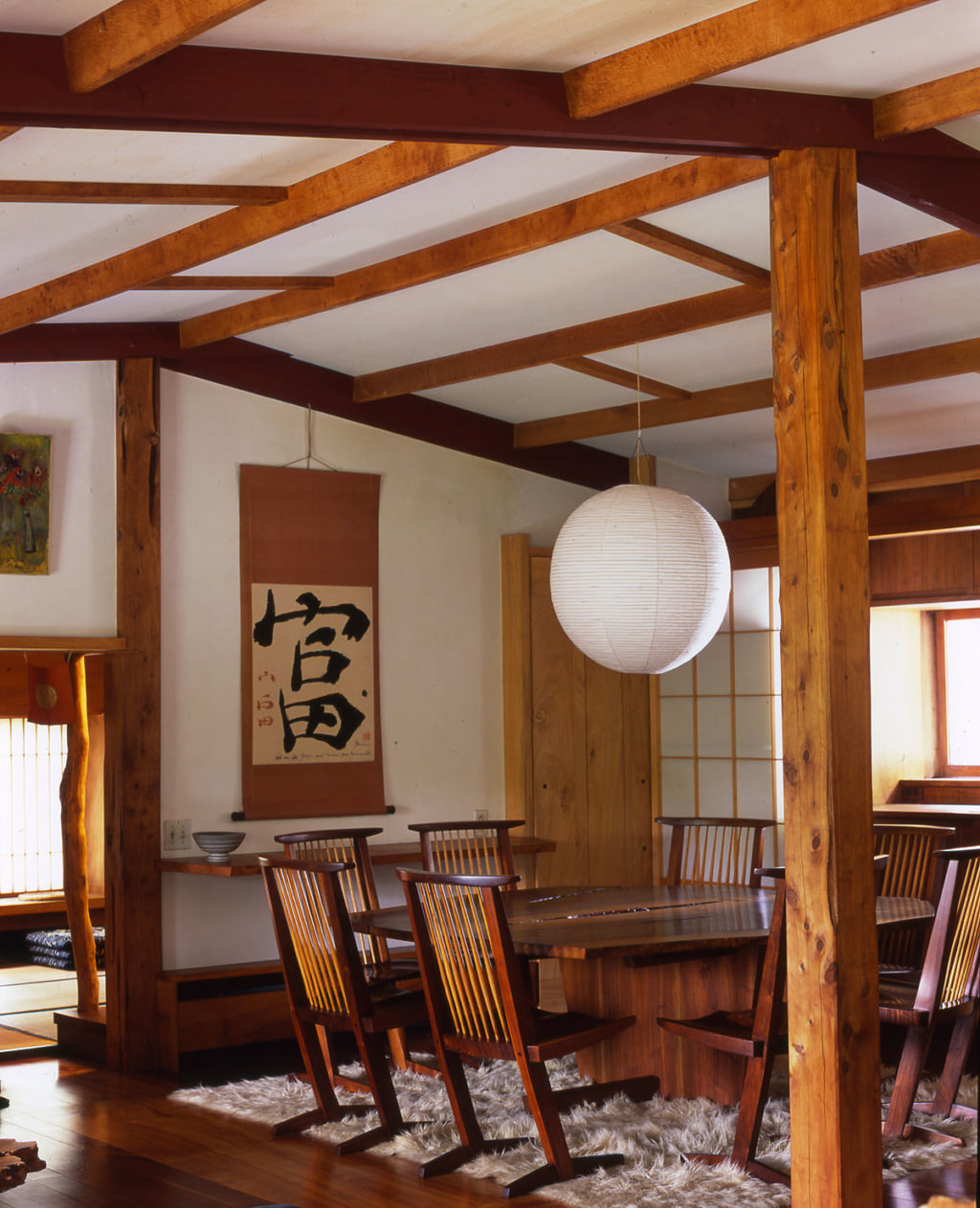 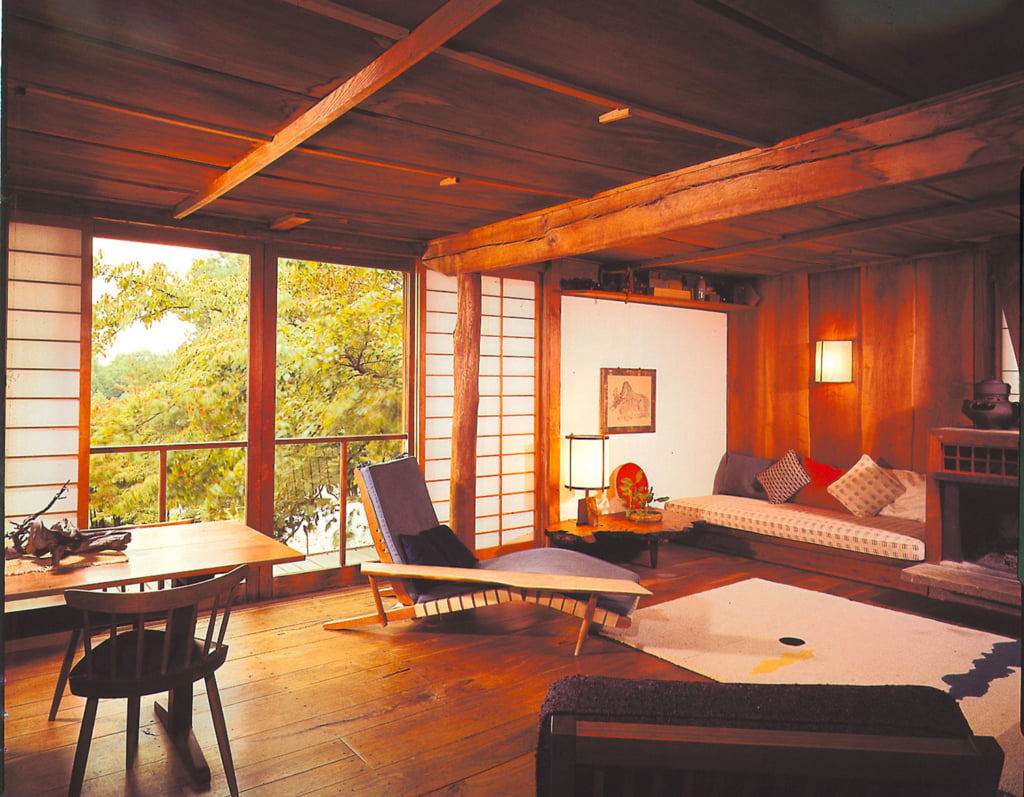 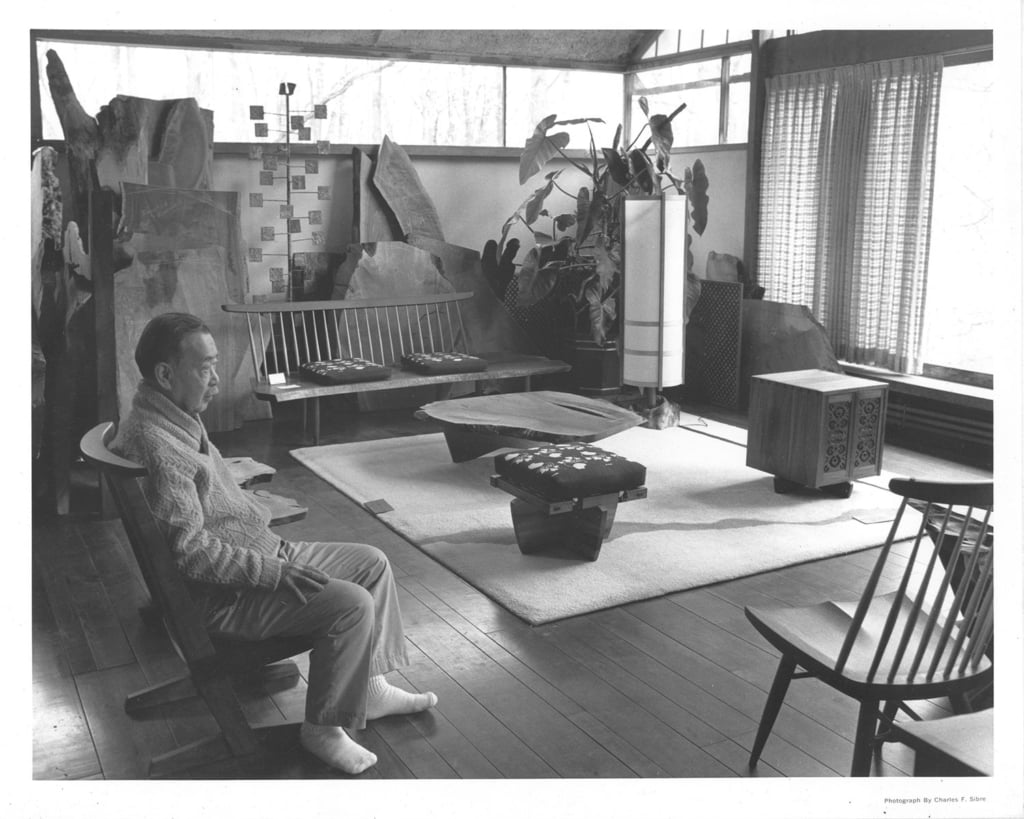 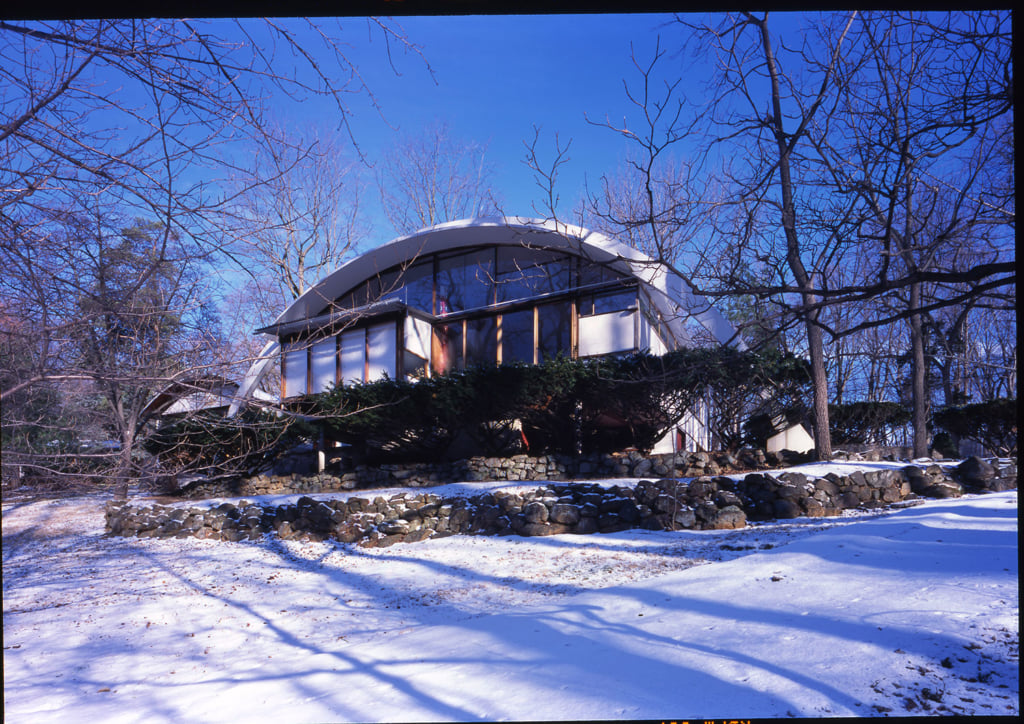 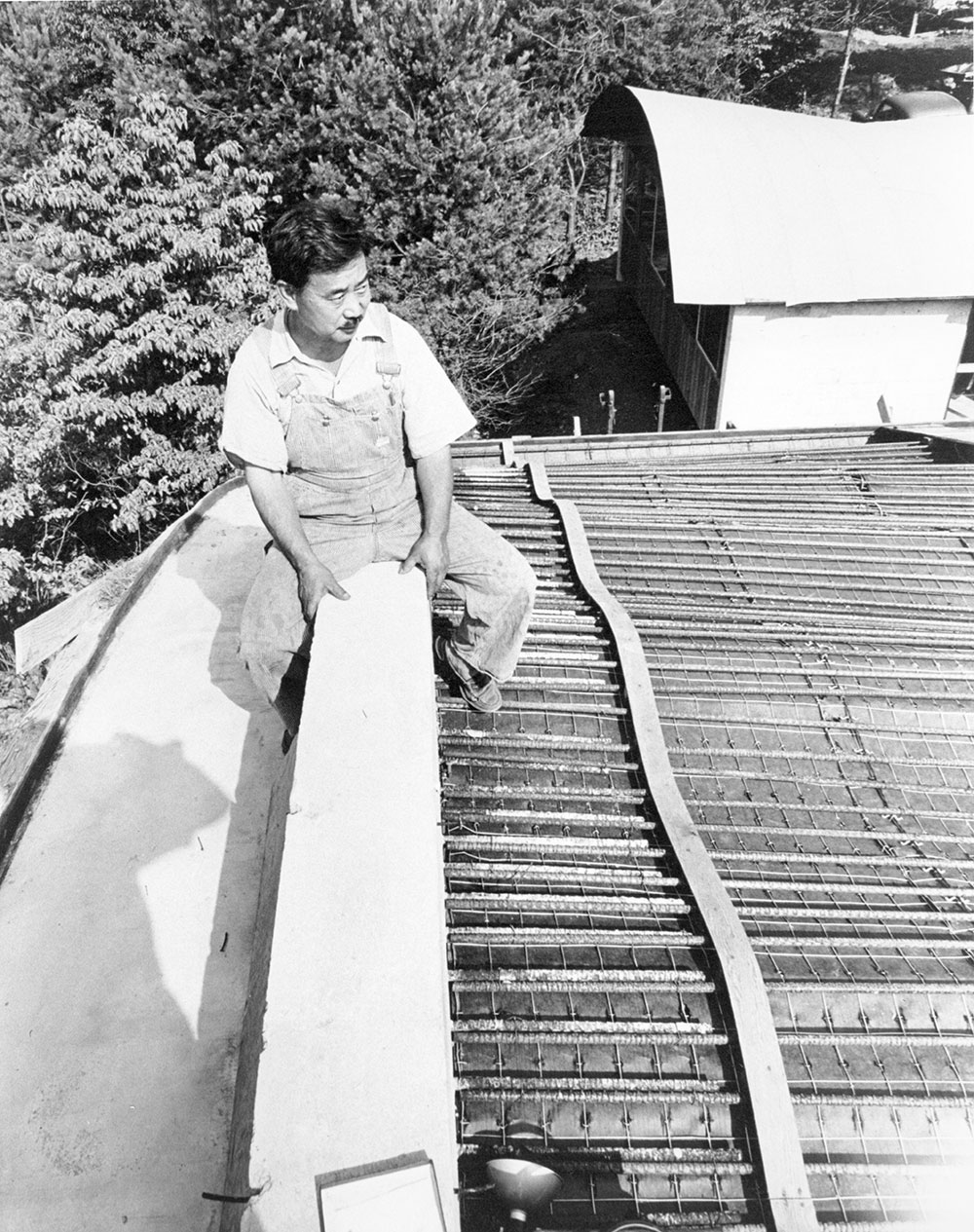 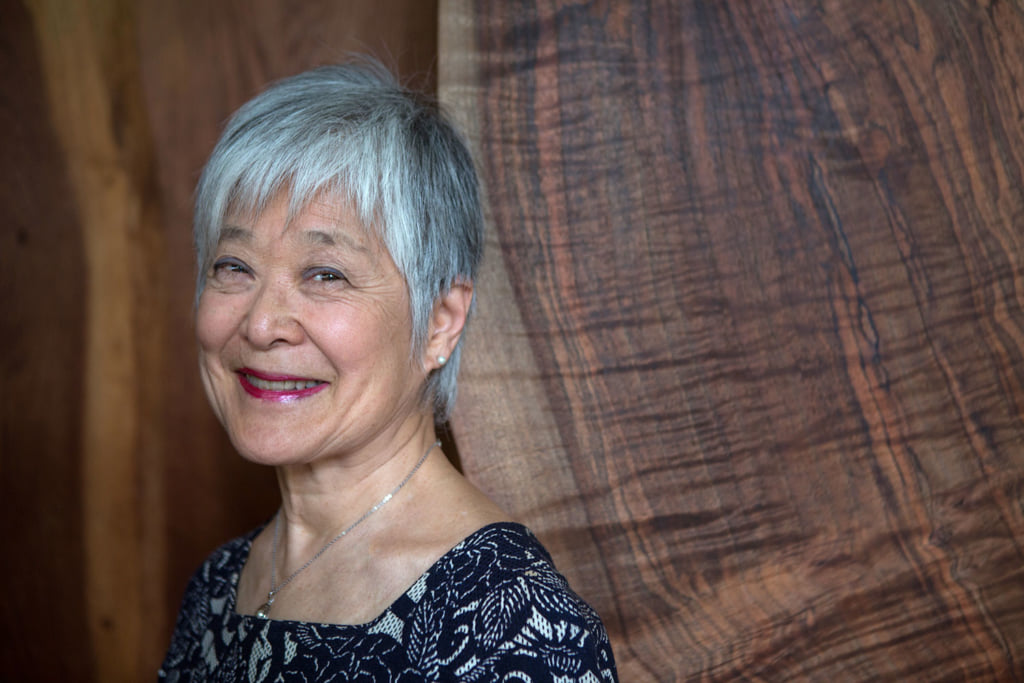 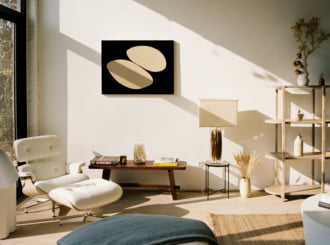 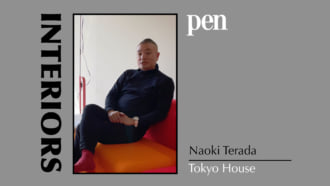