Knives, the Pillars of Japanese Cuisine 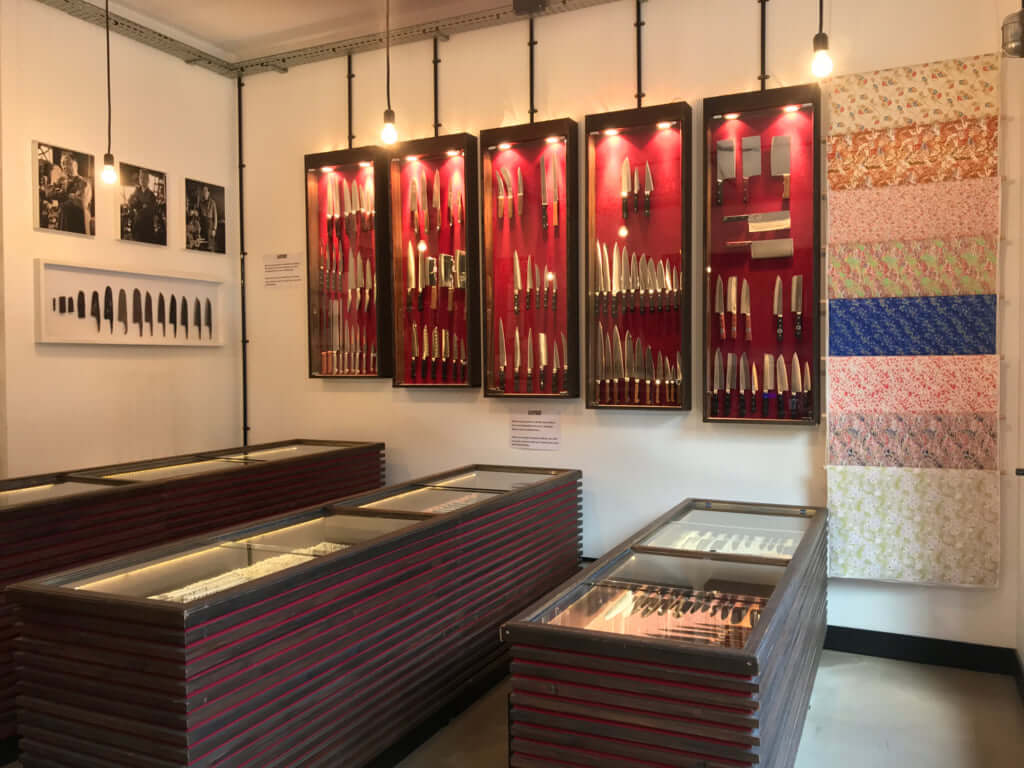 Much more than a simple kitchen accessory, the Japanese knife is a true artform. Known for its unique steel blade which is supple yet sharp, it is popular with head chefs and cooking amateurs alike, becoming a real extension of their hand to cut, slice and carve.

The origins of the Japanese knife lie in the sabre and katana, with sharp, slender blades. During the enactment of the Haitorei Edict in 1871, which prohibited samurai from wearing their traditional costume and carrying a sabre in an attempt to restore order and security in a divided country which was often at war, blacksmiths were forced to put their craft on hold. However, they decided to continue their activity by transposing their precious technique for katana to knives. Thus, a whole range of varied instruments were created, all with a very specific use. While asymmetric knives were favoured for cutting fish and vegetables, symmetrical knives were used for cutting meat. The cutting of food is far from being superfluous; indeed, Japanese tradition states that it brings out the flavour of food. Beyond the specificities linked to the shape of a knife, its sharpening angle is also important, because it impacts the quality of the cut. It should always resemble a V shape, not a U, unlike western knives. 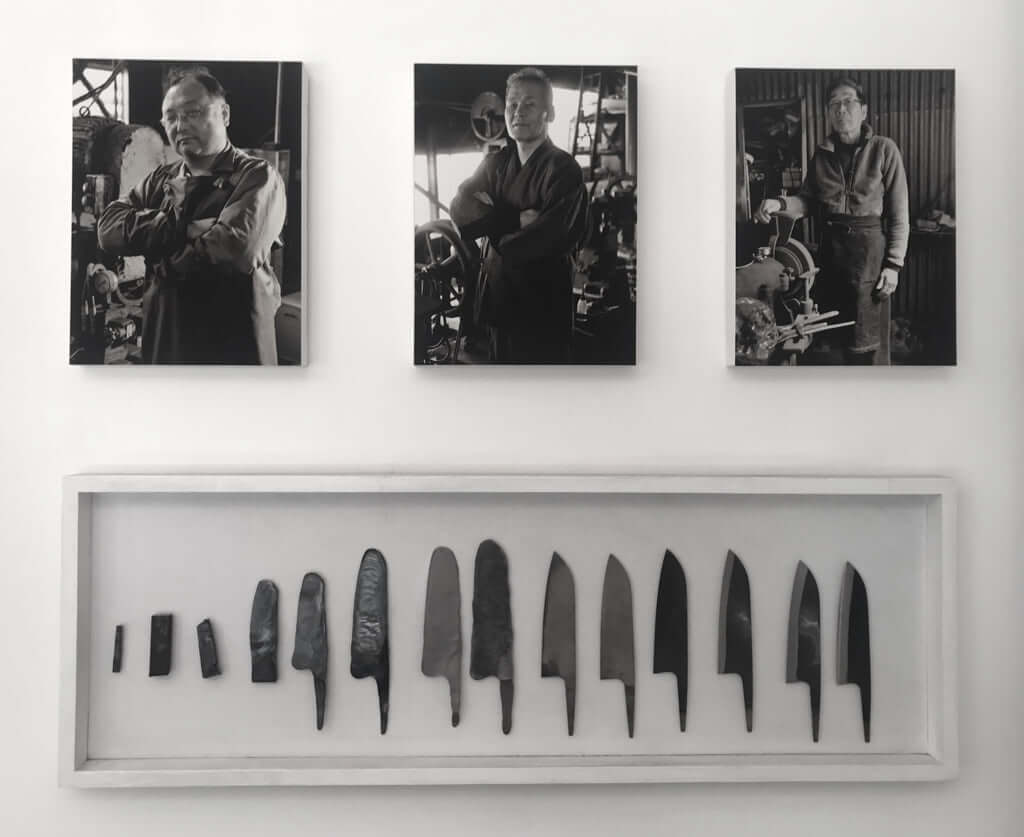 The 1990s marked a turning point in the distribution and recognition of Japanese knives. The country’s economic growth enabled increased exportation of knives and thus met the growing interest shown by French chefs. Since then, many enthusiasts have sworn exclusively by these knives, which oscillate between the fineness and robustness of their steel blade and guarantee unrivalled quality and authenticity which account for their price. Indeed, a knife costs between €100 and €250 on average. This price is justified by ‘the aesthetic of the knife, its sharp guiding blade and its fineness, despite the fact that the blades are comprised of superimposed layers’, explains Christophe Boileau, the French manager of the English brand Japanese Knife Company, which offers over 2000 Japanese knives and sharpening lessons in its two Paris branches.

‘Buyers know that they’re paying for outstanding expertise that comes from thousand-year-old techniques from the traditional forge. They know that they’re getting hold of a craft that’s no longer found in France, or if it is, only on a more industrial scale, while the small Japanese forges have between 3 and 70 employees maximum’, he continues. But there’s no need to invest in an expensive knife for use on an amateur basis. The Santoku, for example, is a multipurpose model that’s recommended for chopping and slicing fruit, vegetables, meat and fish with ease. It’s a must for any kitchen drawer, as long as you take good care of it and don’t forget to sharpen it. 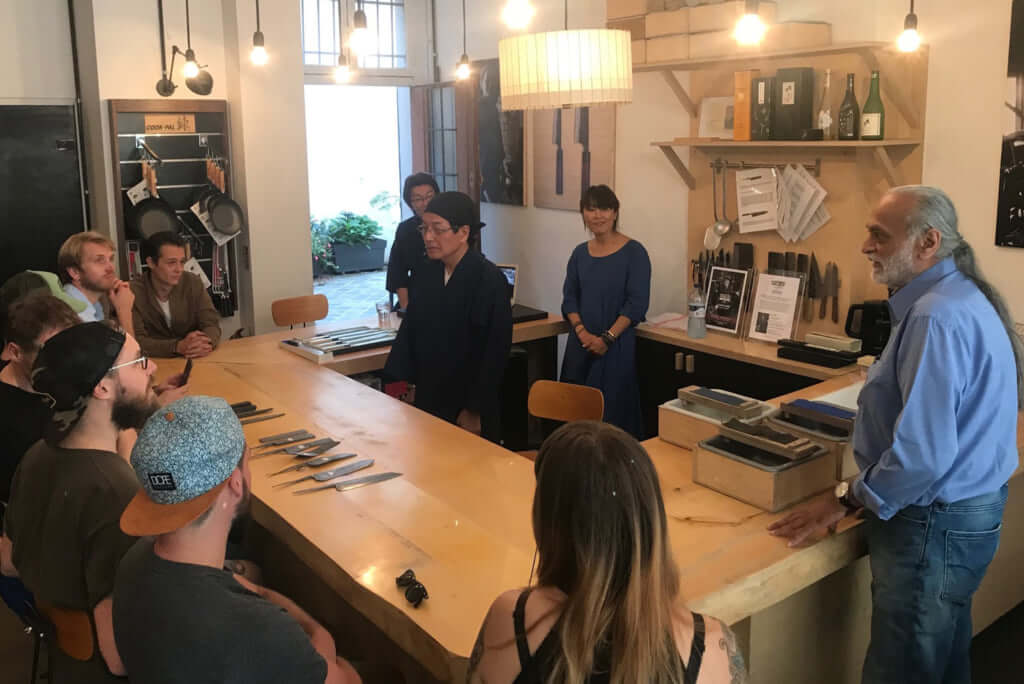 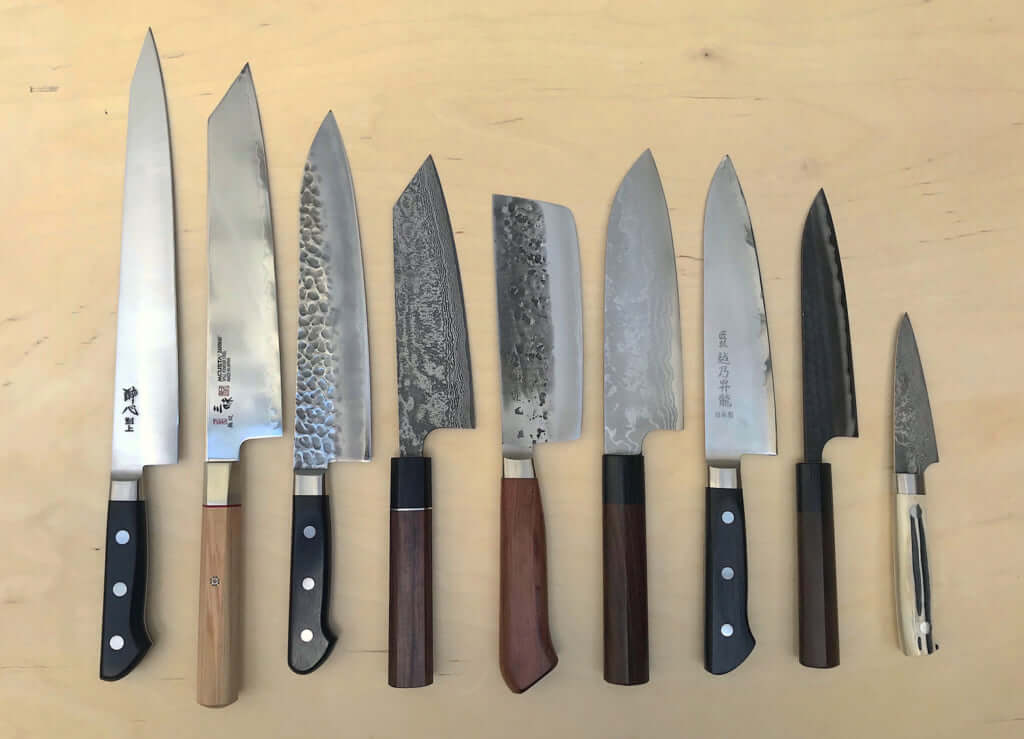 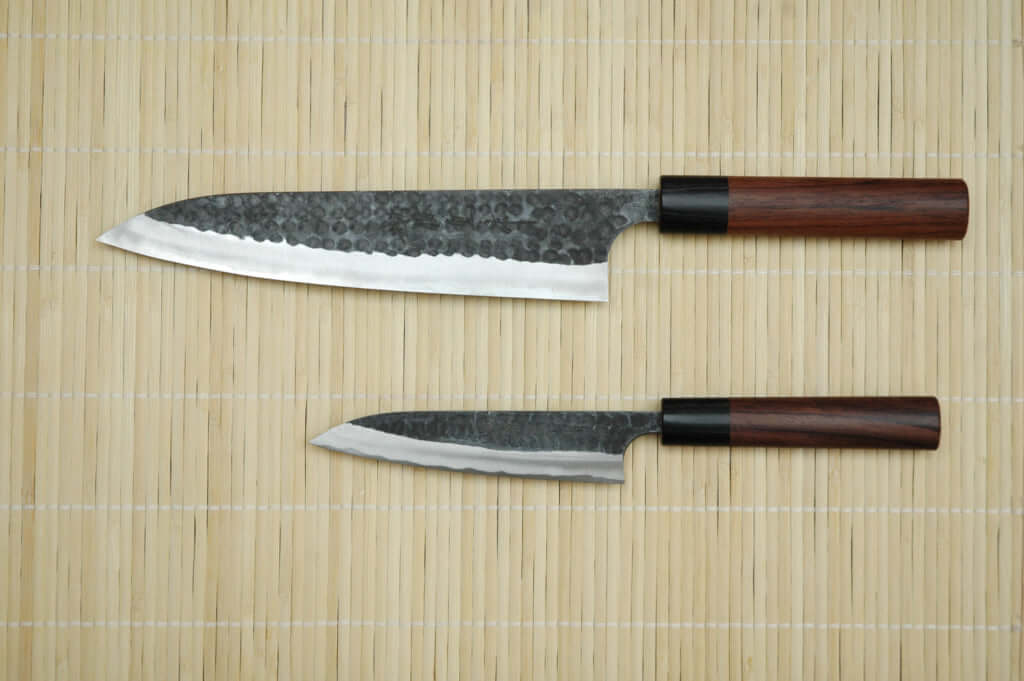 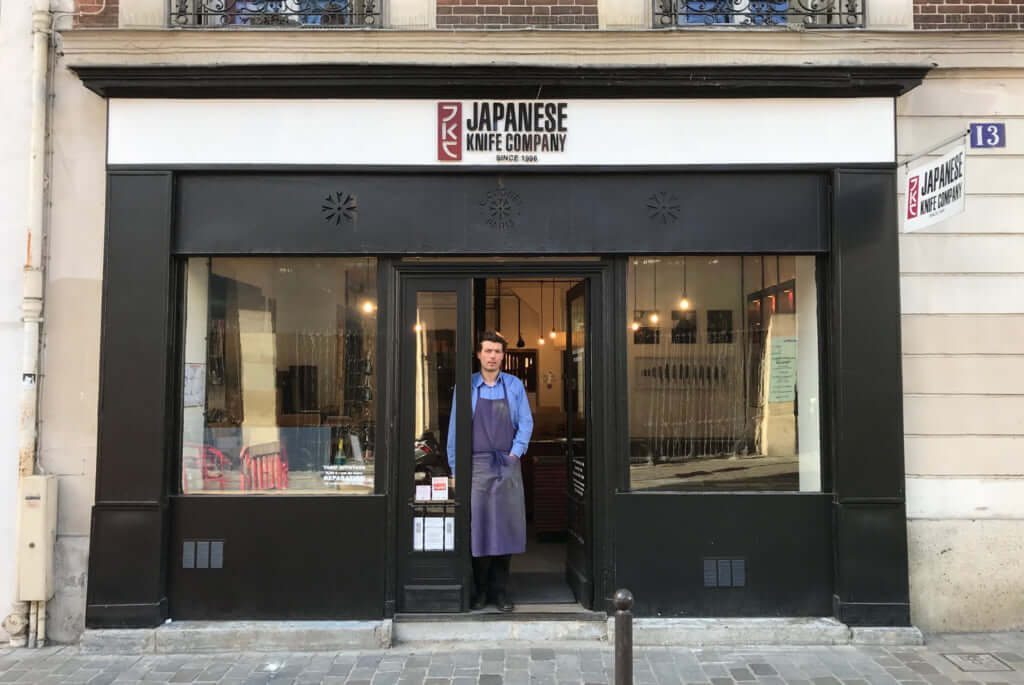