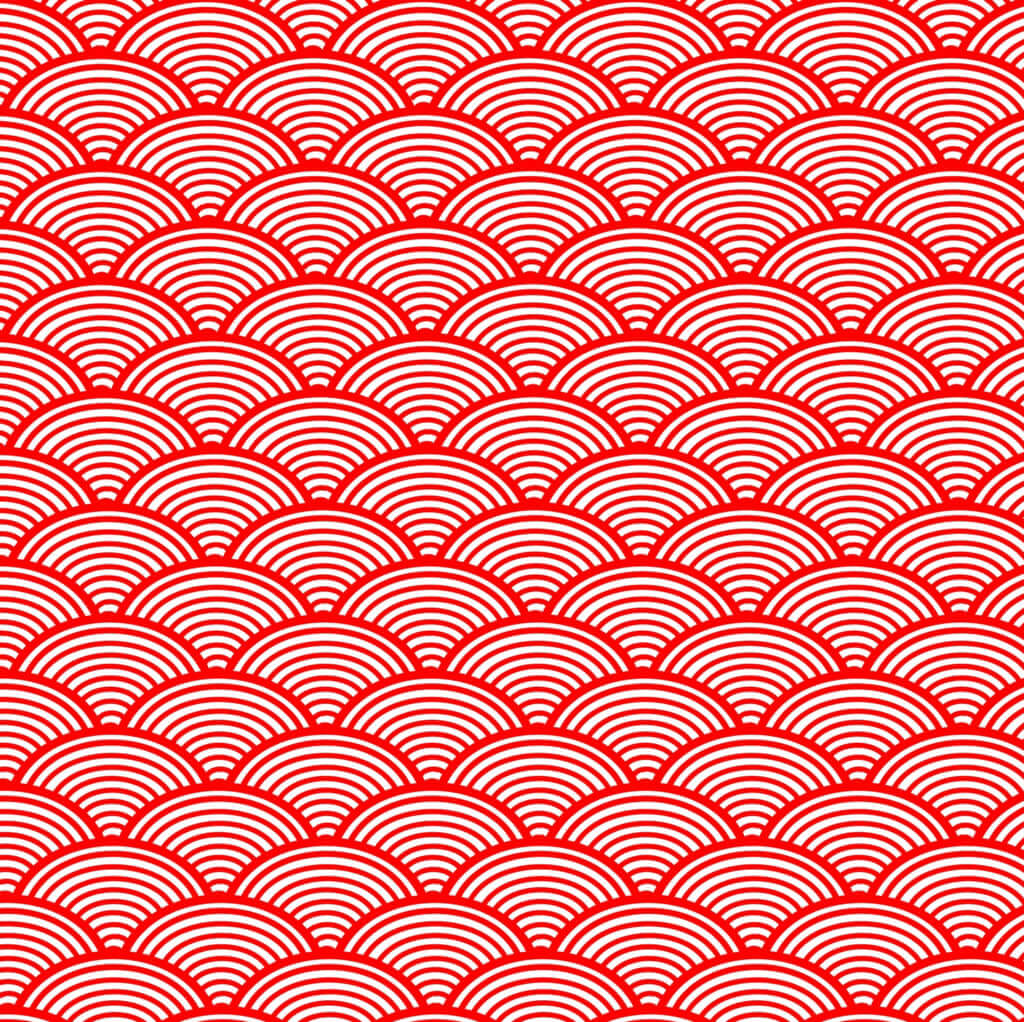 Since the 1980s, Japanese designers have been considered as the avant-garde figures of the fashion world, running counter to all the diamante and sparkle. They offered garments which prioritised comfort and beautiful fabrics over the extravagance that was so characteristic of the time.

Many French fashion houses have been inspired by their fascination for Japanese cuts and culture, such as Yves Saint Laurent and Chanel. Ready-to-wear labels are now using Japanese fabrics, and particularly the ‘Seigaiha’ motif, which has become one of the most popular.

The Seigaiha wave is an ancestral Japanese motif which first appeared in the 6th century. Seigaiha literally means ‘blue sea and waves’. It was used to illustrate seas and oceans on maps. The water and waves also symbolise power and resistance, key elements of Japanese culture.

The waves are drawn as layered concentric circles which create arches and overlap. They can just as frequently be seen on fabrics as on illustrations and ceramics.