This dish showcases Japanese white radish, with the ‘dashi’ broth adding the subtlety of the ‘umami’ flavour. 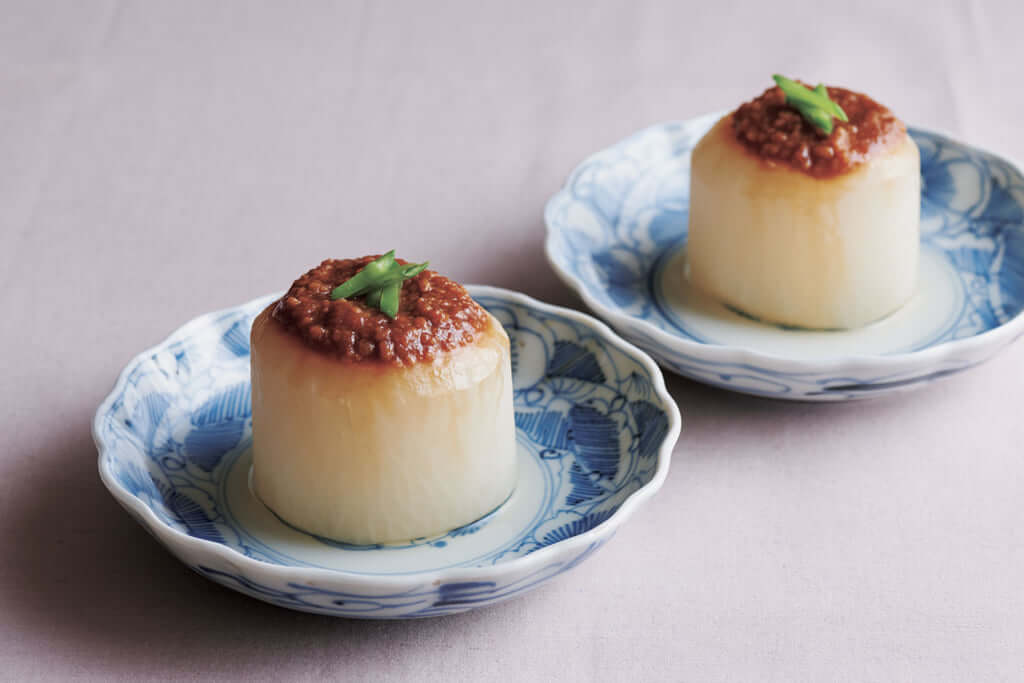 In her book Classic Home Cooking from Japan, Asako Yoshida compiles recipes for novice chefs. This one might almost seem too simple, the main ingredient being a daikon, a Japanese white radish with a flavour that oscillates between that of a black radish and a turnip. The twist lies in the sauce used to cover the vegetable, made from sake, miso, mirin, ginger and ground chicken. This gives it the highly sought-after Japanese flavour of umami.

Before outlining the recipe, the chef offers a few tips. ‘Cut the daikon radish into thick, hearty slices to enjoy the texture. If you overcook konbu seaweed, the flavour is ruined, so take it out as soon as the water comes to a boil.’

1 tsp ginger juice (grate ginger and squeeze out the juice)

Put the konbu seaweed and 500 ml water in a pan and leave to soak for at least 2 h0urs.

Peel the daikon radish thickly and shave the sharp corners off the cut sides. Make a crisscross cut in the centre of one cut side of each piece.

Put the daikon radish pieces in the pan and bring to a boil over a medium heat.

Take out the konbu seaweed once the pan comes to a boil and add the sake and mirin. Turn the heat to low and simmer the daikon radish until a bamboo skewer goes through the middle of a piece easily.

Make the sauce. Put the ground chicken and sake in a pan over a medium heat and cook while stirring until there is almost no more moisture left in the pan.

Add the miso, sugar and mirin and mix until smooth with a wooden spatula. When the sauce is shiny, add the ginger juice and mix.

Put each daikon piece on a plate. Top with the sauce and garnish with snow peas cut in half diagonally.

Asako Yoshida is a chef and founder of the eponymous cookery school in Tokyo, where she teaches the basics of traditional Japanese gastronomy to the capital’s residents.

Classic Home Cooking from Japan, which contains 80 recipes for beginners, each accompanied by photographs and detailed steps, received the Gourmand Award in 2020, an award that recognises the best cookery and wine books every year. 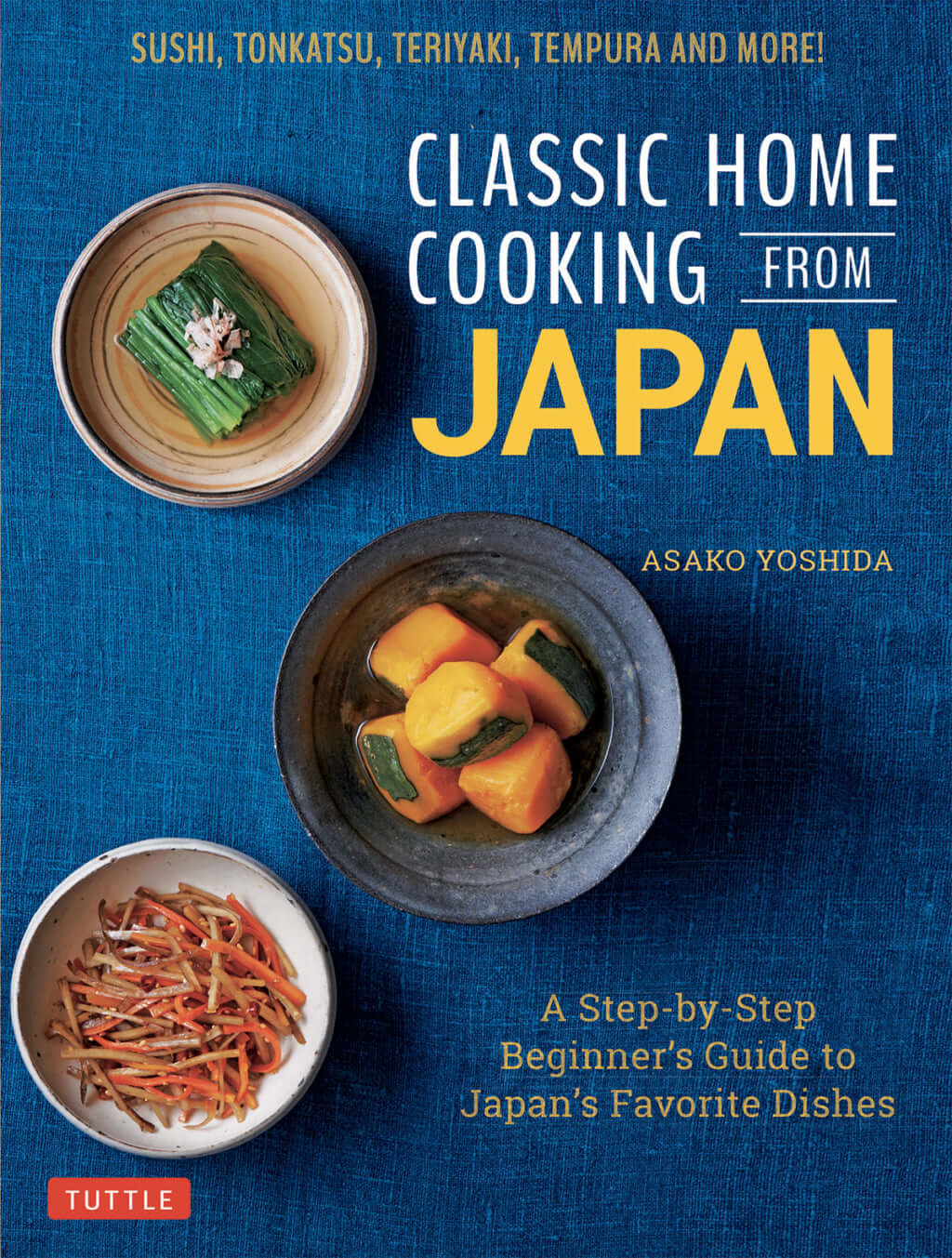