Recipe for ‘Mizu-yokan’ by Masataka Yamashita

This light red bean paste jelly is made using agar-agar, a natural gelling agent that is derived from seaweed. 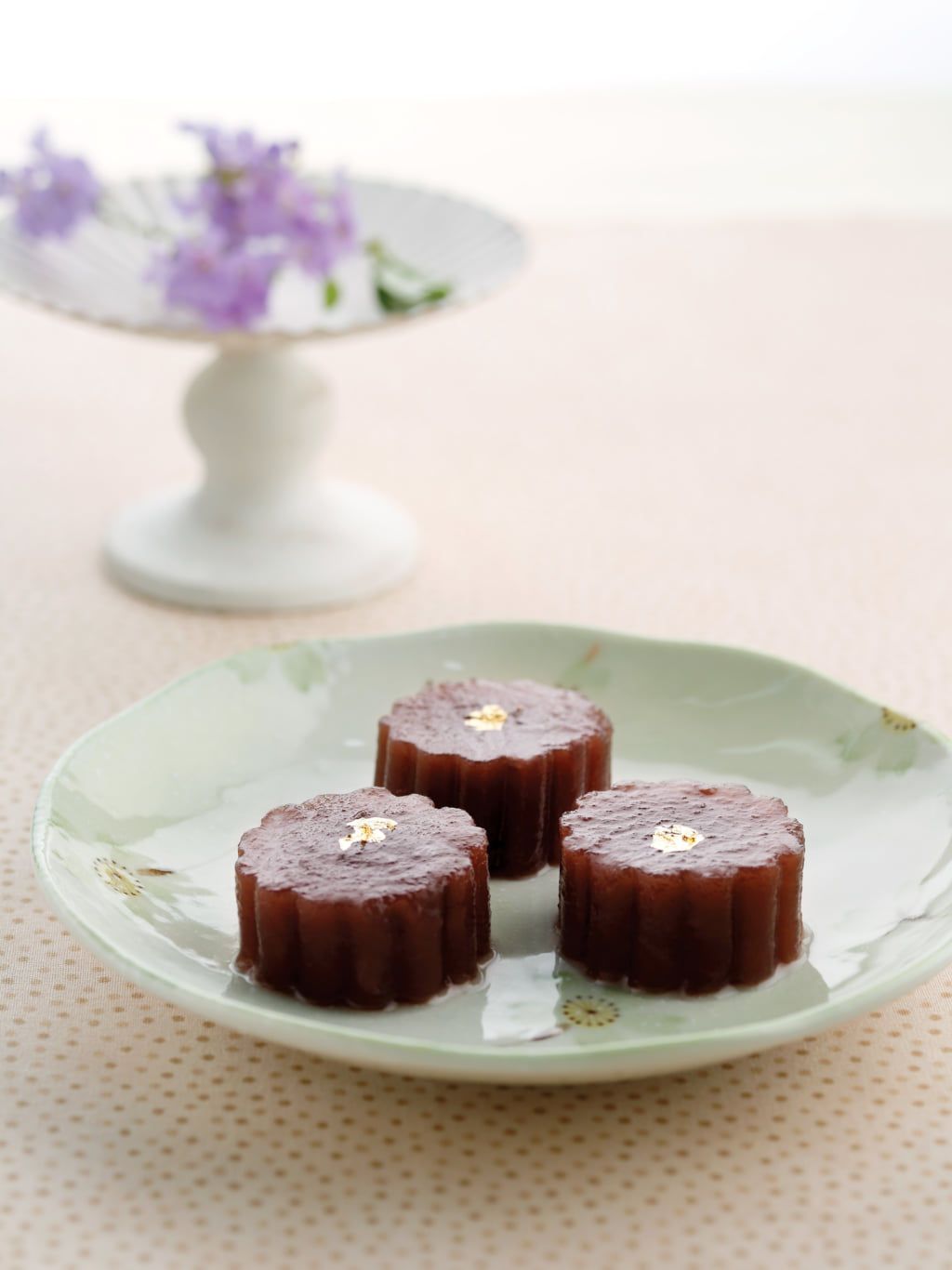 In his book Tanoshii Wagashi, Masataka Yamashita shares various recipes for wagashi, traditional Japanese desserts made from seasonal ingredients and with shapes that change over the course of the year. Maple leaf-shaped snacks give way to pink sweets during cherry blossom season. Wagashi, originally made to accompany matcha during the tea ceremony, are now a sweet treat that can be enjoyed outside of the age-old protocol of tea houses.

Masataka Yamashita provides the recipe for mizu-yokan, jelly sweets made from koshi-an, a red bean paste. They are part of the yokan family, jelly desserts in the shape of a rectangular block, with a relatively firm texture. The specific characteristic of mizu-yokan is due to the fact that they contain a greater amount of water than the other recipes, mizu meaning ‘water’ in Japanese. Thus, this snack, lighter than the neri-yokan, which is more compact, is particularly popular on long, hot summer days.

Drain the agar strips and place in a small pan. Add 500 ml water and place over a high heat.

Bring the water to a boil and stir to dissolve the agar. Once the agar has dissolved, add the sugar.

Pour the contents of the pan through a sieve and into a bowl, then put the mixture back in the pan. Place over a medium heat and add the koshi-an.

Stir until the koshi-an has dissolved and the mixture comes to the boil. Remove from the heat.

In a bowl, mix the kudzu powder with 40 ml water. Stir until the kudzu has dissolved. Add 180 ml of the koshi-an mixture and mix well.

Pour the kudzu-koshi-an mixture into the pan and bring to the boil over a medium heat, stirring with a spatula.

Leave to boil for 3 minutes, stirring all the while. Remove from the heat and add the salt.

Fill a large heatproof bowl with ice water. Place the pan in the water and stir the mixture slowly to cool it down. As the mixture cools, it will become sticky.

Pour the mixture into the tray that has been prepared. Cover and leave to firm.

Once the paste is firm, place in the fridge for around 30 minutes.

Cut and serve, or store in the fridge for up to 2 days.

Masataka Yamashita is a Japanese chef who specialises in pastries, and particularly traditional pastries, wagashi. Having trained at Tsuji Culinary Institute in Osaka, he worked in various pastry shops in Japan before opening his own establishment in Nara in 2001.

In 2009, he moved to Singapore where he took over the running of the kitchens at the pastry shop Glacé. In June 2014, still in Singapore, he opened Chef Yamashita, a pastry shop where wagashi take centre stage. Tanoshii Wagashi: Little Bites of Japanese Delights is his first book to be published in English. 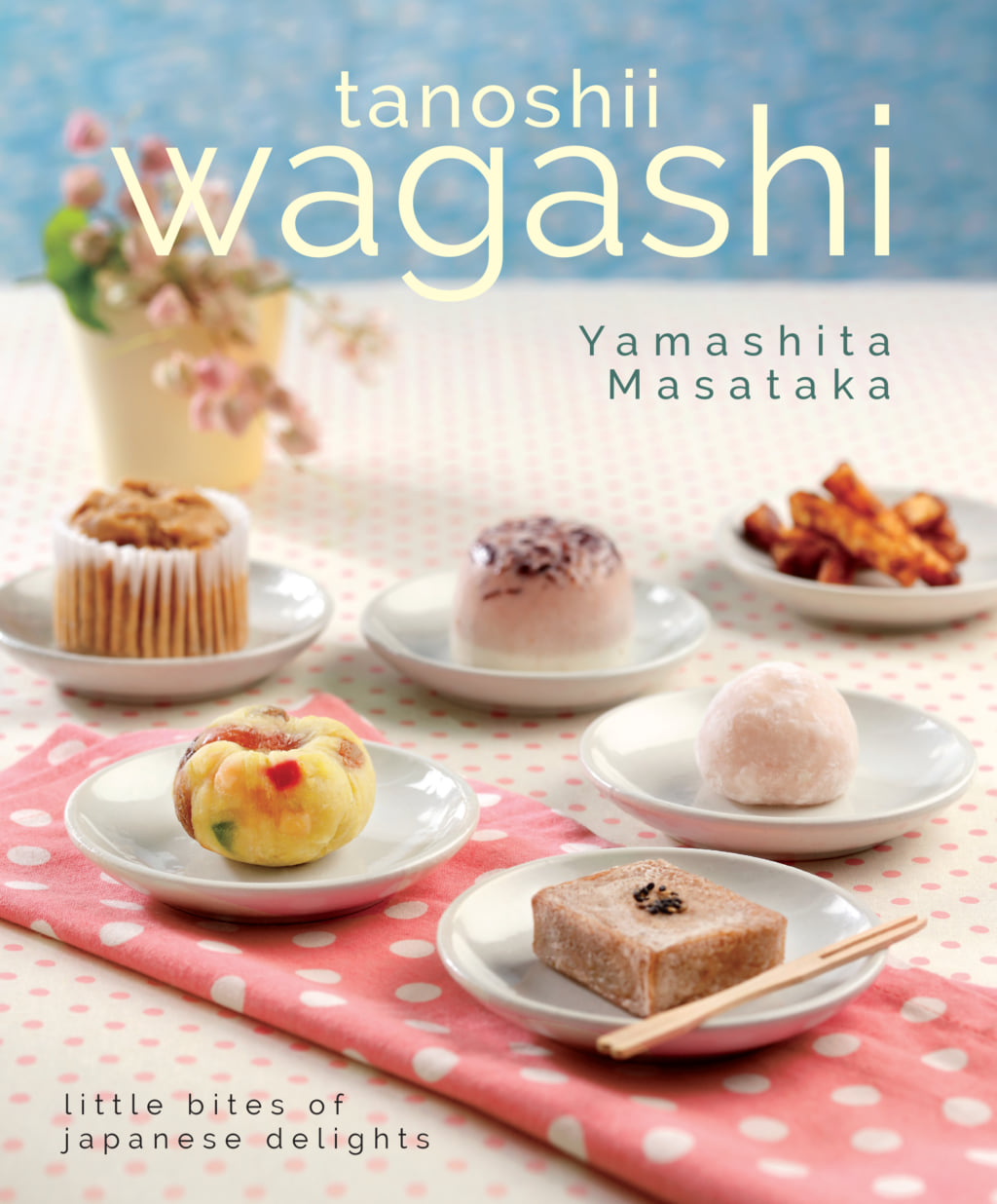