The pastry chef shares the secret to making a dessert handed down by one of his colleagues when he worked at the Mandarin Oriental in London. 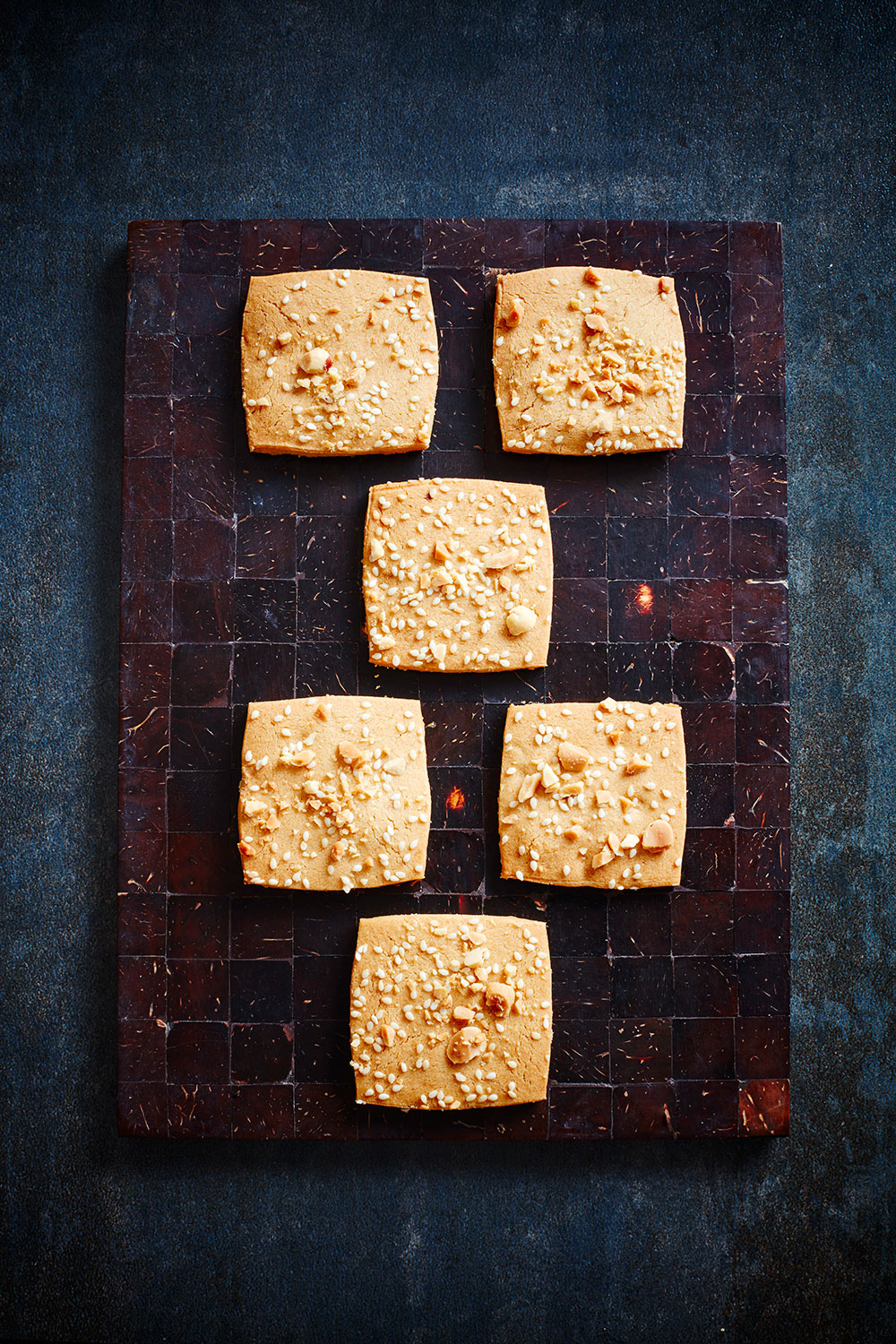 James Campbell promises the reader shortbread cookies with a crunch from the sesame and a gooey texture from the dash of peanut butter they contain. This recipe, published in his book Japanese Pâtisserie, was not one entirely of his own invention. It was shared with him, he freely admits, by Lisa Phillips, a pastry chef who he worked with in the kitchens at the Mandarin Oriental in London.

Put the butter, caster/granulated sugar, and light brown soft sugar in a mixing bowl and cream together using a handheld electric whisk until light and fluffy. Add the peanut butter and stir with a wooden spoon until just incorporated. Sift in the flour and baking powder and mix until the dough comes together. It will have a crumbly, short texture.

Use a sharp knife and a ruler to cut the chilled dough into 7-cm squares; any excess dough can be mixed together and rolled out again.

Place the cookies on the prepared baking sheets and bake in the preheated oven for 8–13 minutes until golden. Leave to cool on a wire rack.

James Campbell has worked as a pastry chef in various Michelin starred restaurants such as Gary Rhodes’ Rhodes in the Square and the Mandarin Oriental in London. Since 2013, he has been Product Development Manager for desserts at Marks & Spencer, and it was through this position that he discovered Japan and acquired a passion for its culinary culture. In 2015, James Campbell was a semi-finalist on the BBC series Bake Off: Crème de la Crème. 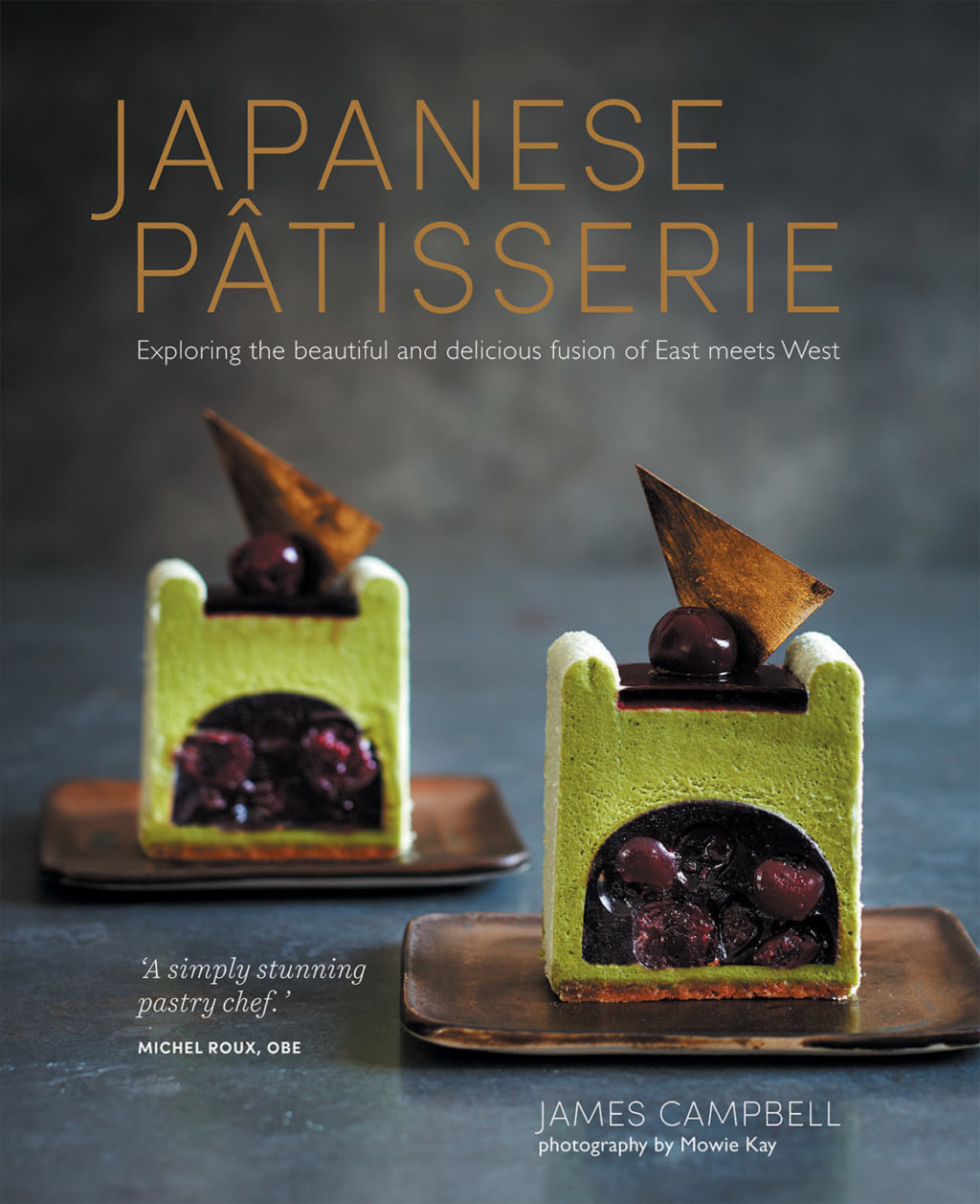 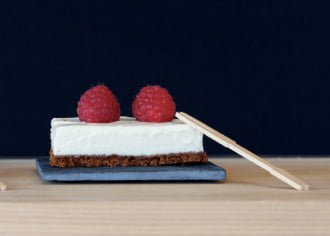 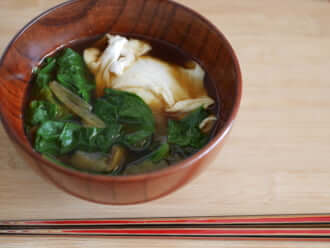 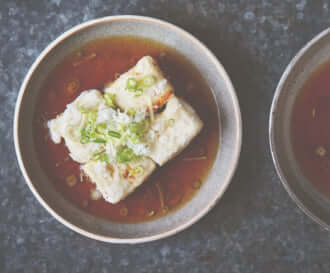 Recipe for Fried Tofu with ‘Dashi’ by Tim Anderson