Soy sauce adds a rich, malty flavour to a recipe for traditional brownies. This twist was added by the chef, a fan of the salty sauce. 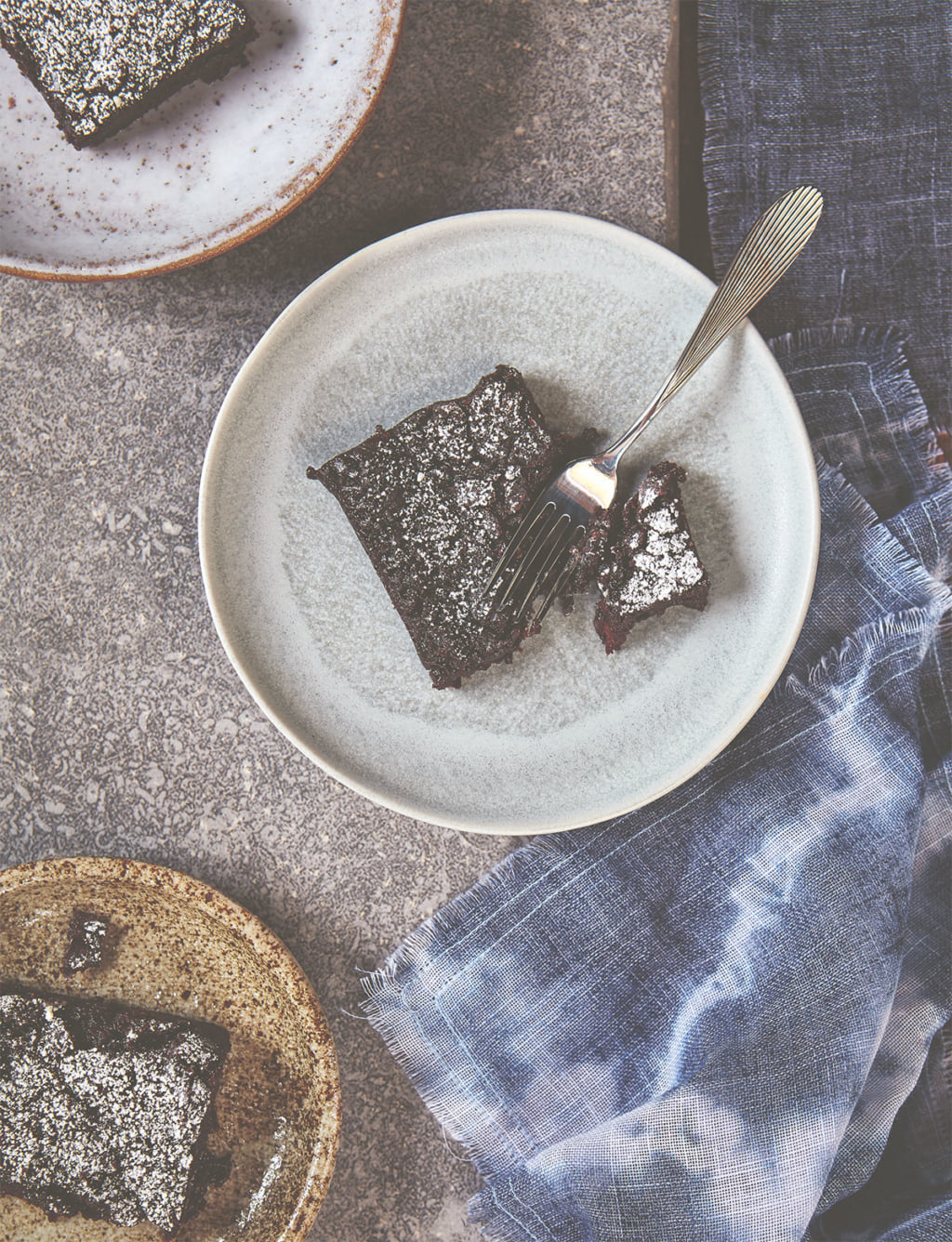 For his book Vegan JapanEasy, Tim Anderson has put together 80 Japanese recipes that contain no products of animal origin. The book contains primarily main dishes, but also cocktails and desserts. One example of the latter is this recipe for brownies, a typically American sweet treat but one to which the chef injects a Japanese touch by adding soy sauce.

‘I once developed this recipe for Kikkoman, who had asked me to make non-Japanese recipes with soy sauce to show people how soy sauce can be used in daily meals’, Tim Anderson explains.

This exercise amused him and encouraged him to undertake new experiments. Because, while the chef often uses soy sauce in his cooking, he had never thought to use it before in a dessert. ‘Soy sauce has a full, malty and dark beer-like taste that goes beautifully with chocolate and butterscotch. A bit like salted caramel but on steroids!’, the chef states in the introduction to his recipe.

To make the butterscotch, let the light brown caster sugar and vegan butter melt together in a pan and stir frequently.

When the sugar is dissolved and bubbling, add the vanilla extract, soy sauce, and vegan milk.

Bring to the boil, cook for about five minutes, then remove the pan from the heat.

To make the brownies, melt the vegan butter in a pan or microwave.

Whisk in the light brown caster sugar, fine sugar, and flaxseed substitute. Sift the wheat flour, cocoa, and salt above it and stir until no lumps of flour can be seen.

Pour the brownie batter into the lined baking tin and cook for 35 to 40 minutes. Shake the baking tin to see if the brownies are cooked—in the middle the brownie should wobble a little bit. Allow to cool completely first, then cut into squares.

Sprinkle with icing sugar and serve with the butterscotch on the side so everyone can pour it over their own brownie.

Tim Anderson is an American chef who won the 2011 series of MasterChef UK. Having graduated in 2006 from Occidental College in Los Angeles, where he studied the history of Japanese cuisine, he then lived in Japan for two years, in Fukuoka.