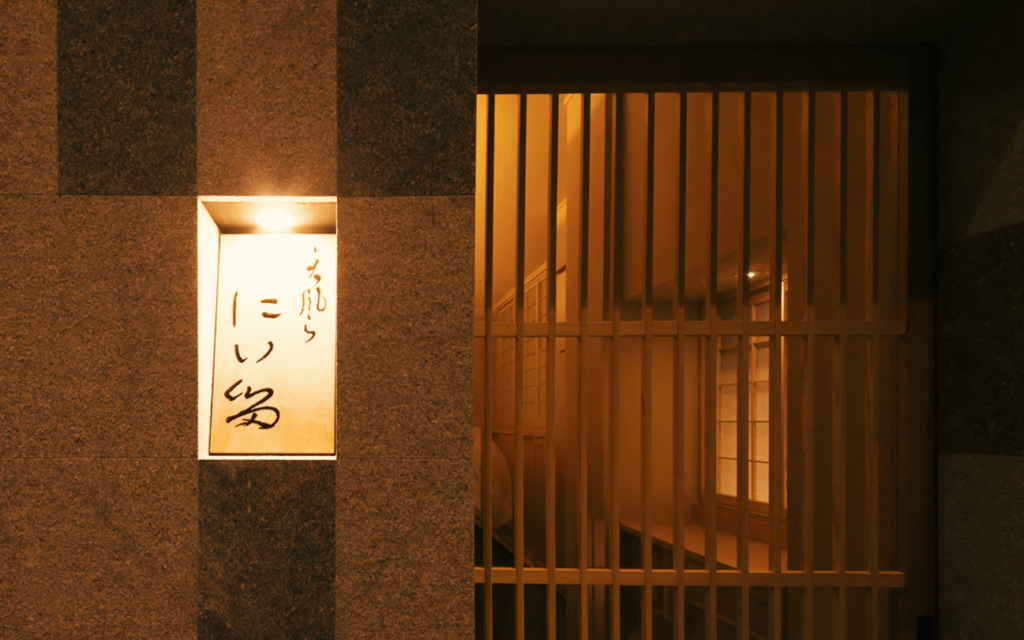 Like many dishes in the Japanese cuisine, tempura doesn’t originally come from Japan. Deep frying techniques were first introduced there in the 16th century by Portuguese living in Nagasaki. At first sight simple and straightforward vegetables or seafood dishes, tempura in Japan can be found anywhere from bento boxes and casual eateries to pricey, high end establishments. In fact, some of the Japanese chefs have brought the art of deep frying to the next level. One of them is Shuji Niitome, tempura master from Nagoya, who until recently refused to be featured in any restaurant guides. Once he said yes to Tabelog, the largest restaurant guide in Japan, his little, few seats tempura-ya has immediately soared to number one place.

What makes Niitome-san’s tempura so special? Apart from his passion and dedication to his craft, which can even seem extreme to the outsider (he verifies the temperature of the oil with his bare fingers), he selects only excellent ingredients such as scallops, eels, figs and handles them with a very special care.

For Niitome-san batter is a crucial element in his craft. First he sieves the flour and then keeps it for two days in minus 45-53 degrees temperature. Normally even the most famous tempura restaurants’ batter will have small lumps inside. Because he takes out the moister from the flour by keeping it in extremely low temperature, his batter is translucent and perfectly smooth. Shuji Niitome’s batter is so special that he can use wider ranges of oil temperature, which will bring out umami and the best flavours from the ingredients at their optimal temperature. His tempura is served with Okinawa salt, which has higher mineral content and umami but is mild at the same time. The art of deep frying vegetables is anything but simple indeed. 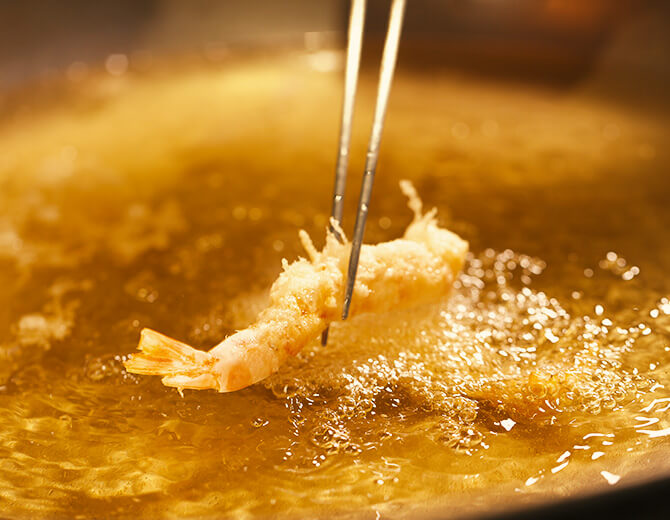 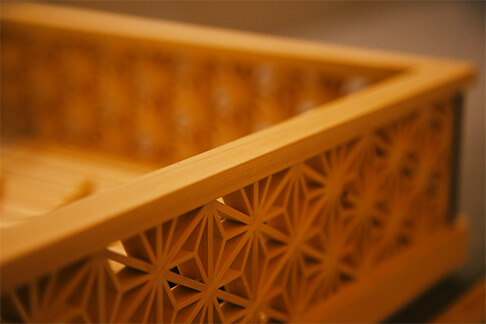 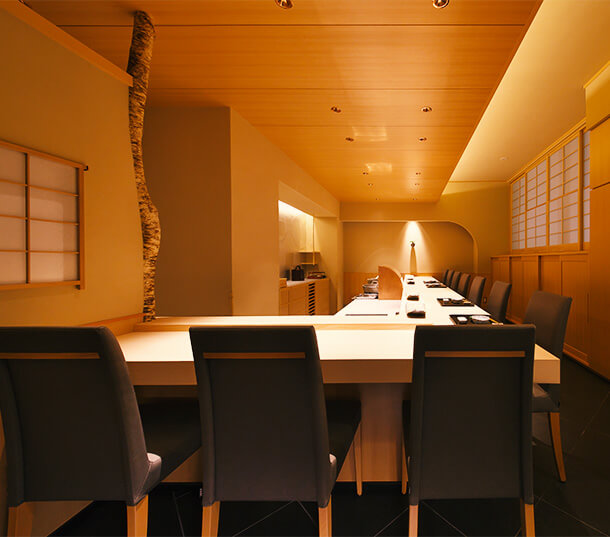 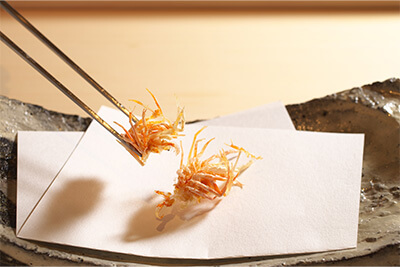