This vegetable glaze made from sesame, chilli, and soy sauce creates a thick, sweet coating that contrasts with their crunchy texture. 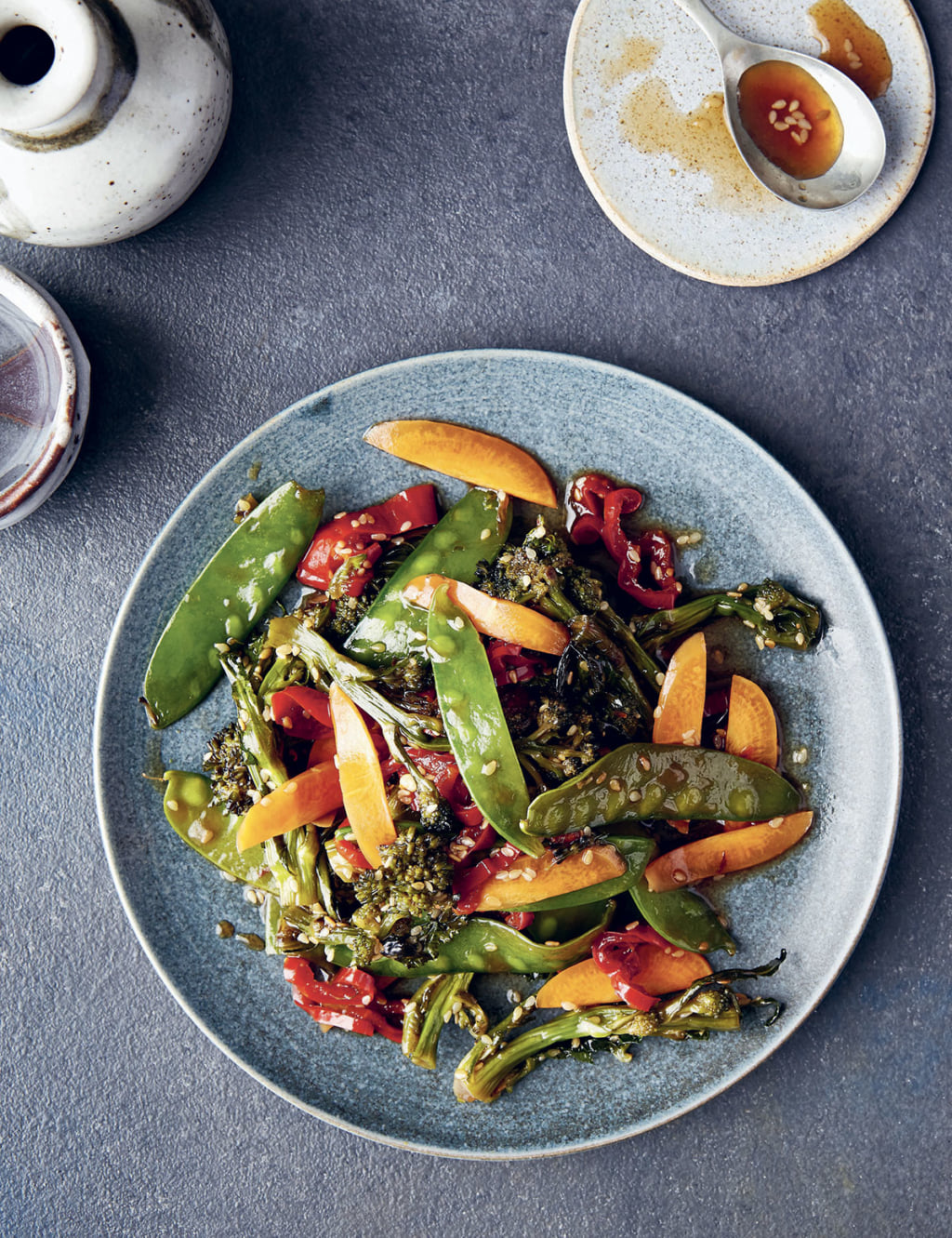 For his book Vegan JapanEasy, Tim Anderson has put together 80 Japanese recipes that contain no products of animal origin. The American chef wanted them to be easy to make, and therefore selected seven ingredients to act as a base, all available in Western organic supermarkets.

For this recipe for crunchy vegetables, he drew inspiration from the kinpira style that involves stir-frying the vegetables in a mixture of soy sauce, mirin, sesame oil, and chilli until the liquid reduces to form a thick, sticky glaze.

While the Japanese generally use burdock or lotus root to enhance this dish, Tim Anderson stresses that the most important thing is to choose the crunchiest and sweetest vegetables possible. His final tip: this dish can be served hot, straight from the pan, or cold, as part of a bento.

1 dried red chilli, cut into slivers, or a pinch of chilli flakes

4 carrots, peeled, halved, and cut at an angle into strips about 3 mm thick

Heat the oil and the chilli in a large frying pan or wok over a high heat.

When the chilli begins to sizzle, add all the veg and stir-fry for a few minutes, until they begin to tenderise.

Mix well and cook until the liquid has reduced to a thick glaze.

Add the sesame seeds and sesame oil and stir through.

Remove from the heat and leave to cool slightly before serving, or transfer to the refrigerator and eat within five days.