From My Kitchen to Yours, Ian Wheatley

In his ramen restaurant Monohon, the chef recreates the authentic taste of these noodles using Japanese wheat flour. 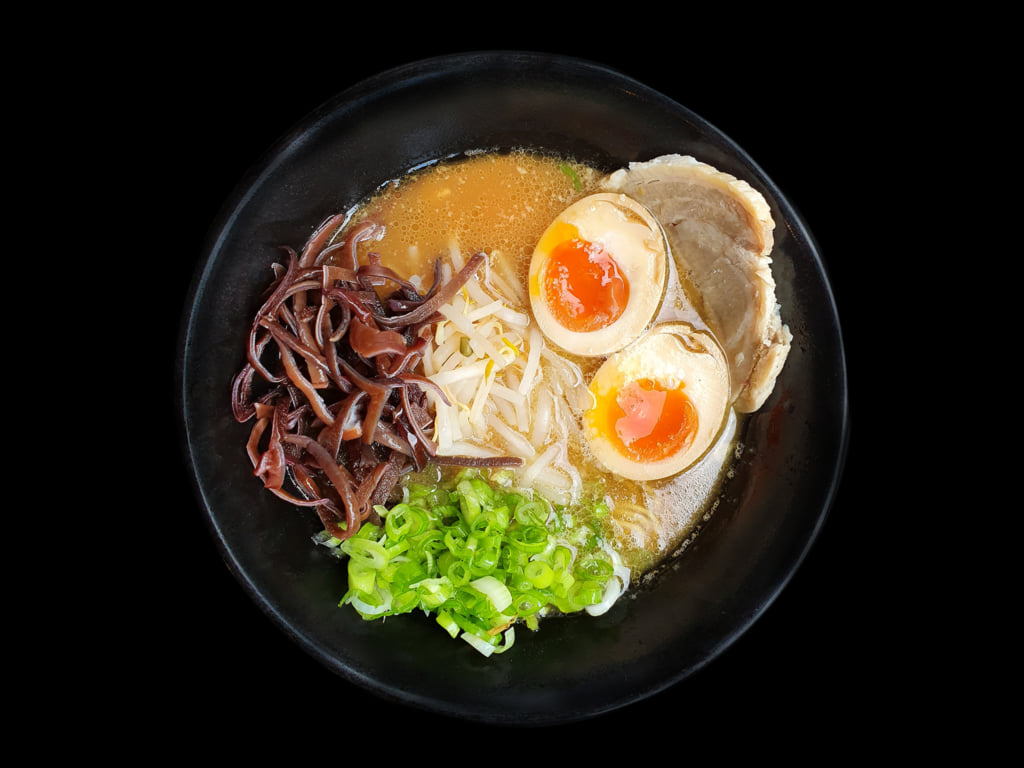 Monohon, located in London, is a genuine ramen-ya. Diners sit at the counter to enjoy their piping hot bowl of noodles while watching the team at work in the kitchen. Most importantly of all, founder Ian Wheatley created the recipe for the broths, the tare (sauces that form the base for ramen; a shoyu ramen, for example, is made from soy sauce) and the noodles made in the restaurant himself.

His career path was not clear cut. After arriving in Osaka in the mid-90s to teach English, Ian Wheatley did not develop a taste for Japanese cuisine immediately. The subtle flavours of tofu and even sushi escaped him. He had an epiphany after a few months, however, after trying okonomiyaki, a fritter that reminded him of bubble and squeak from his homeland.

The taste of friendly cuisine

From that point on, Ian Wheatley discovered B-kyu Gourmet restaurants, or mid-range restaurants, and took a shine to the yokocho culture found in little alleyways lined with countless izakaya. These small, sometimes minuscule family-run businesses are light years away from Japanese haute cuisine and the rigour of kaiseki restaurants and are appealing due to their welcoming, friendly feel. It was after spending long evenings in izakaya that Ian Wheatley became familiar with shime-ramen, a bowl of noodles eaten after a night of drinking.

On his return to London and after many years working in the corporate world, he decided to embark on an adventure in ramen, a food to which very few restaurants were dedicated in England. After training in Japan at a school that specialised in ramen broth and another where he learnt to make noodles, Ian Wheatley put together the formula for his broths and tare from his London apartment. He installed a 300-kilo noodle making machine there and got his Japanese wife’s colleagues to taste the products of his experiments every Friday evening. After a few months, he obtained a satisfactory broth and tare.

To do this, he imported Japanese ingredients. To him, soy sauce is an integral element because it is essential to tare. ‘Japanese soy sauce is completely without compare, the taste of it’, Ian Wheatley explains. ‘Those produced elsewhere don’t have the complexity, flavour profile and umami of Japanese soy sauce.’

Japanese flour is also favoured by the restaurateur. When learning how to make noodles in Japan, he realised that the varieties of wheat flour intended for ramen have a unique profile that is unknown outside of the Asian market. He considered it important to obtain the same texture as Japanese noodles and thus decided to import the wheat flour used in his restaurant. To this he adds kansui, an alkaline salt also from Japan, an additive that makes it possible to differentiate ramen from the other types of noodles.

Even though it is now easy to find various Japanese ingredients manufactured outside of the country, Ian Wheatley believes that certain products only meet the requirements of his cuisine if they come from there. ‘Miso is another ingredient we get from Japan’, continues Ian Wheatley. ‘There, they have a tremendous variety of styles and flavours, subtleties and strengths. Thus, we go to suppliers to get the varieties we need.’

An original menu with little-known dishes

For a year, Ian Wheatley served his ramen during events in the form of pop-ups, before finally opening Monohon in 2016. The menu comprised just one dish, abura soba, a soupless ramen previously unknown in England. ‘A lot of people said “this isn’t ramen!”’, the restaurateur remembers. ‘I had to educate the consumers so they learnt there were many different types of ramen.’ As months passed, other dishes were added to the menu, like the classic shoyu tonkotsu ramen and other less common versions like mentaiko ramen, a speciality from the region of Kyushu where pollock roe is extremely popular. Each time, Ian Wheatley spends several months creating the tare that will accompany these new additions.

Monohon does not only mark itself out from other establishments due to its ingredients sourced from Japan. Ian Wheatley was determined to offer his clients an authentic experience (monohon is backslang for honmono which means ‘the real thing’ in Japanese). As such, he paid extremely close attention to details that make all the difference.

His diners are always surprised by the way the pints of beer are served in the restaurant. Ian Wheatley selected thick, heavy glasses that are reminiscent of Japanese jokki and keeps them in the freezer so they reach diners covered in a layer of frost. The beer is then served Japanese-style, with a thick foam (awa) that a representative from a Japanese brewery came to teach the restaurant team to create. This immediately transports visitors to a Japanese ramen-ya.

Exclusively for Pen, Ian Wheatley agreed to share his recipe for hiyashi chuka goma tare, a summer ramen with sesame sauce eaten cold and without soup.

To make ajitsuke tamago
Boil an egg for 6 minutes 30 seconds then plunge into cold water for 10 minutes. Peel then soak in a mixture of soy sauce, sake, water and sugar for an hour.

Cook the noodles until a little soft or a little overcooked (1 to 3 minutes depending on the thickness of the noodles). Wash the noodles in lots of very cold water to remove the starch and to make the noodles firm again.

Arrange them in a dish and add all the toppings. You can add as much or little of each topping as you like.

Drizzle the dressing, add a teaspoon of karashi on the side and enjoy immediately.

More information about Monohon can be found on the restaurant’s website and on the Taste of Japan platform.
Address: 102 Old Street, London EC1V 9AY 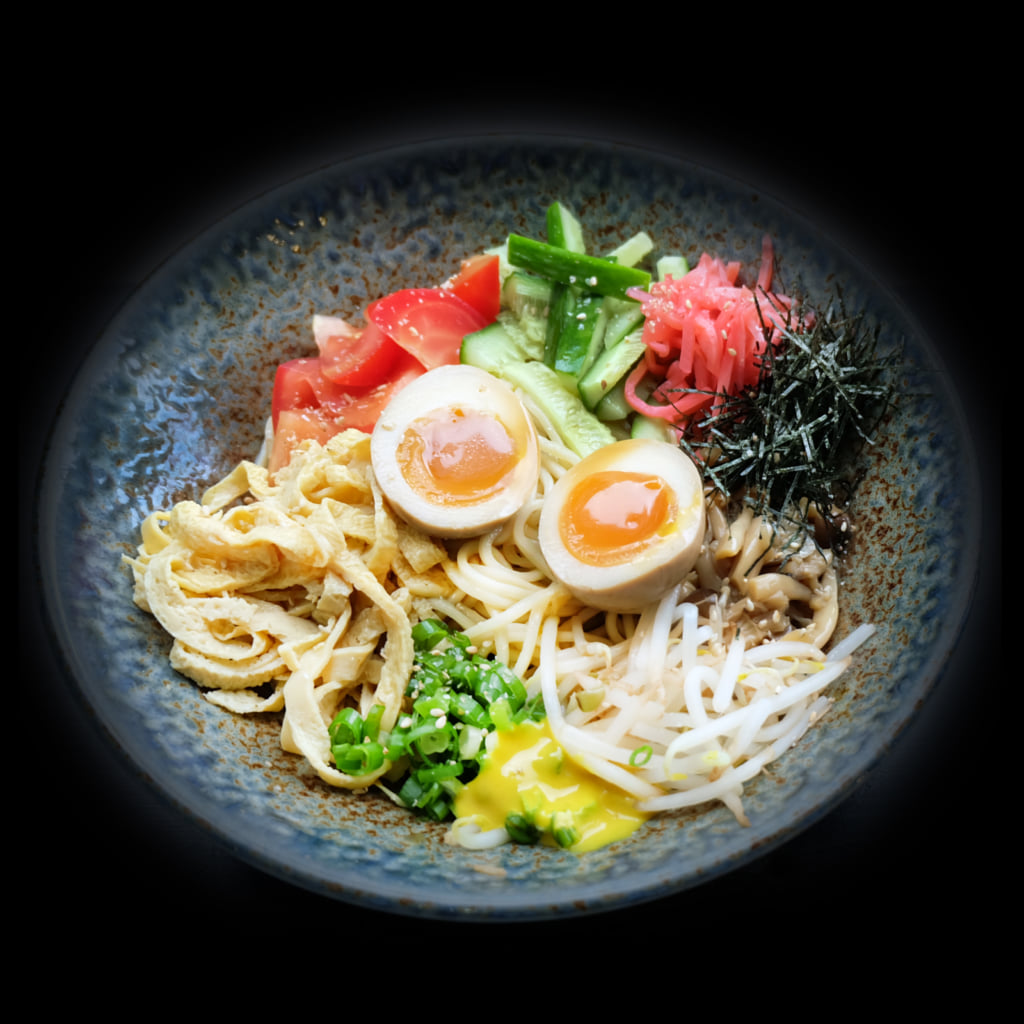 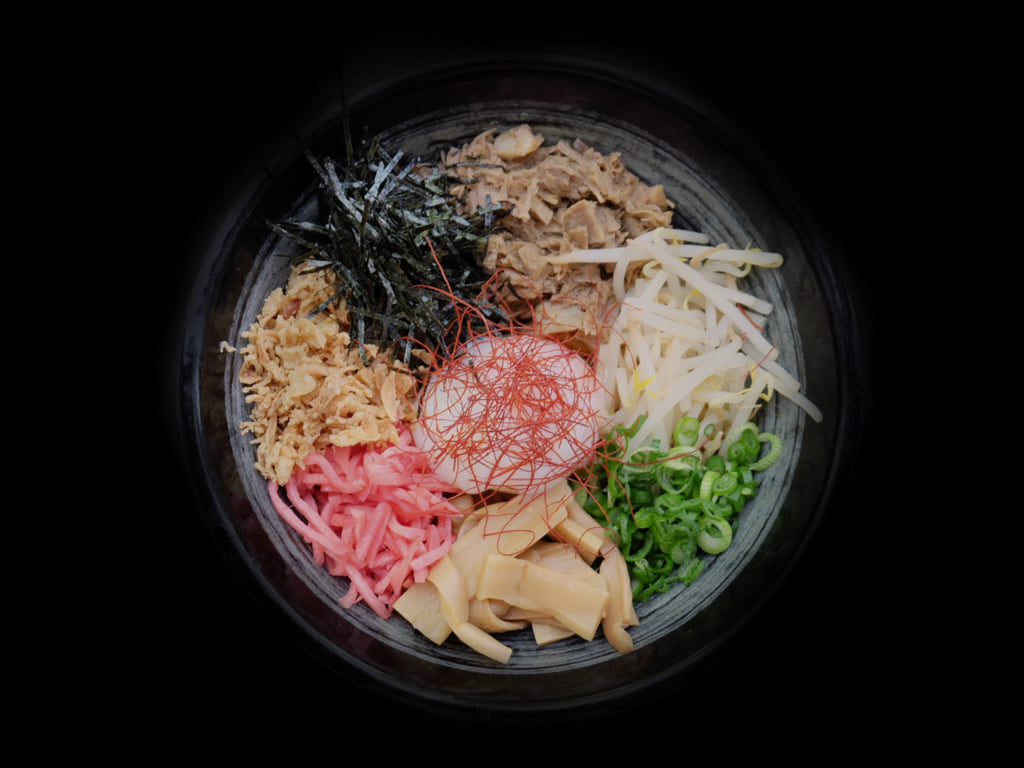 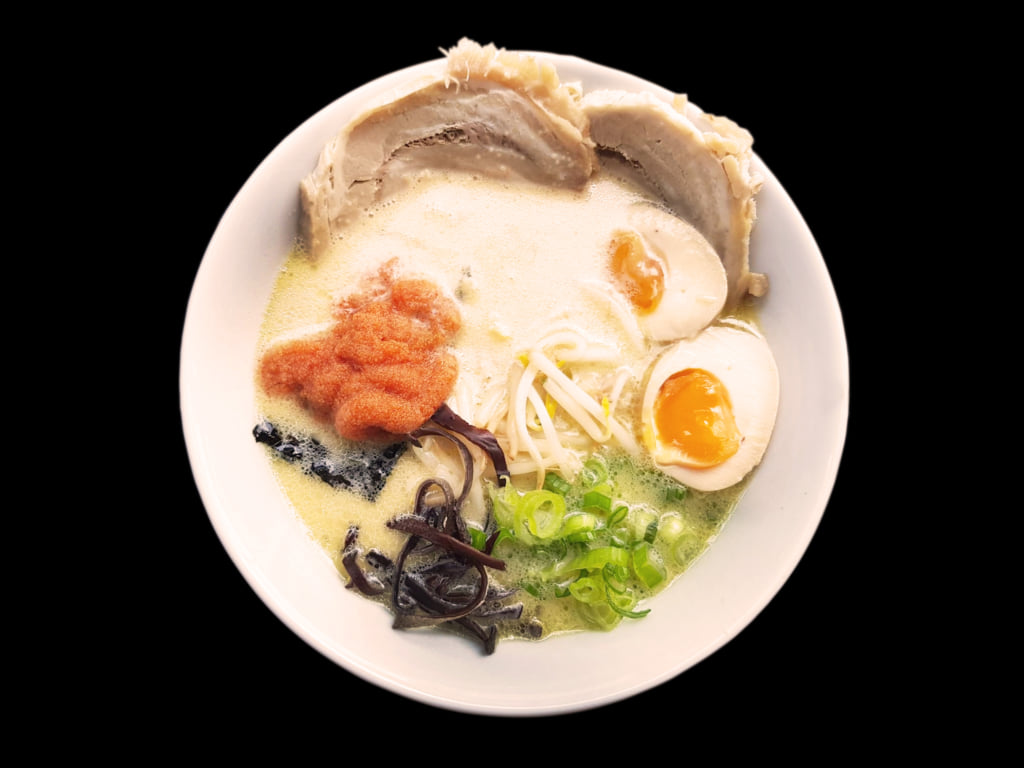 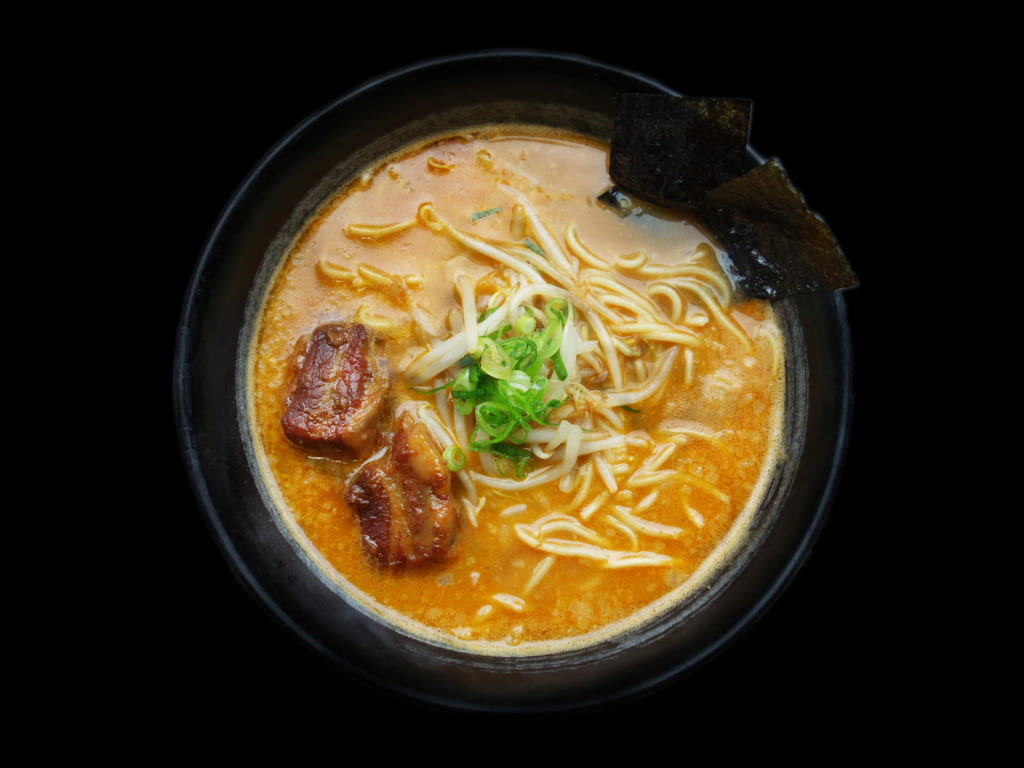 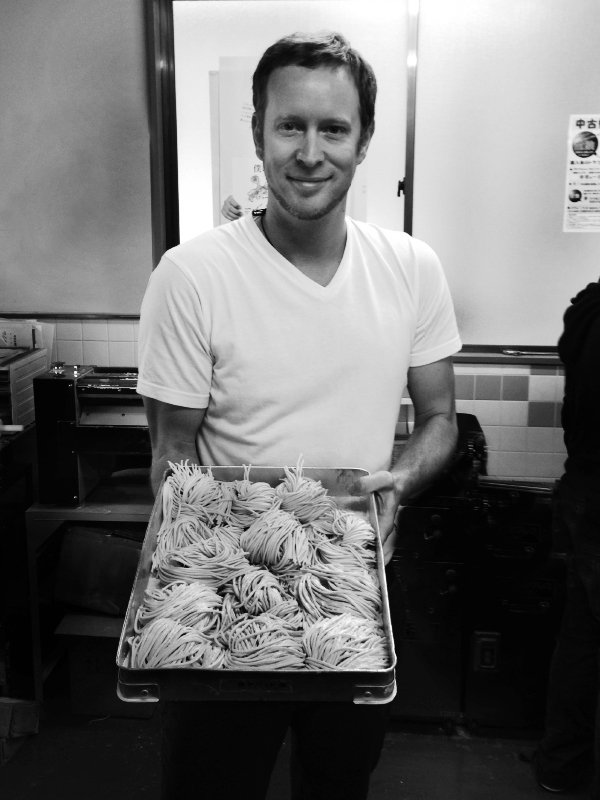 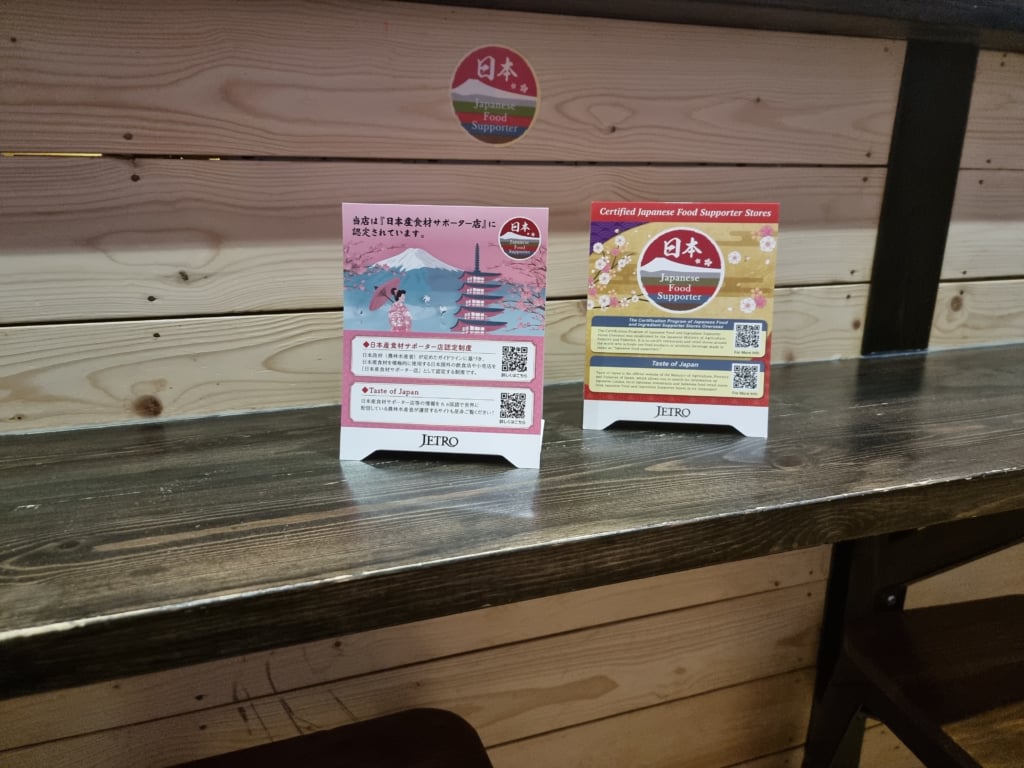 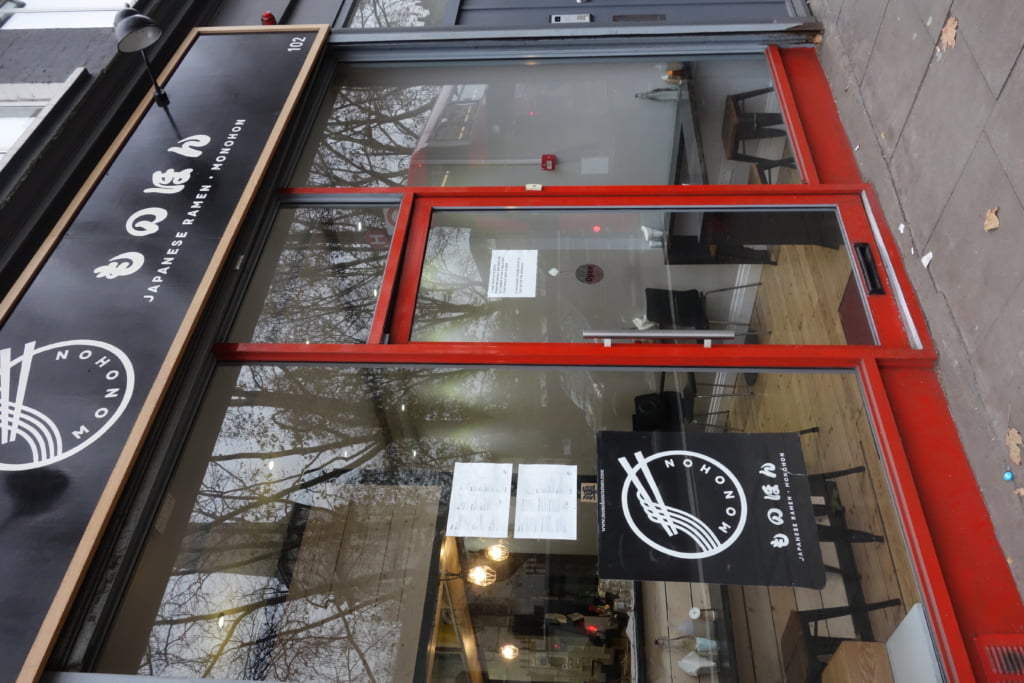