What, exactly, is fine, high-quality travel? Of course, it is important to experience what a certain destination has to offer, such as eating the gourmet cuisine that is only available at that location, catching one’s breath as one views the majestic scenery, and enjoying the heart-warming hospitality of the hosts at one’s accommodations. However, one cannot speak of ‘quality travel’ unless the experiences one enjoys during the voyage — that is, whilst getting to a certain destination — are equally satisfactory.

Mie Prefecture lies smack dab in the middle of the Japanese archipelago. Its south-eastern section, the Ise-Shima region, has been described as the spiritual homeland of all Japanese. There are two main reasons for that: the fact that it contains the holy site enshrining the sun goddess Amaterasu-Omikami, the ancestral deity of the imperial house, and who has been worshipped by Japanese from ancient times, and also the fact that it provides people with the opportunity to experience rich nature in unspoiled landscapes, just as the entire country used to be a long time ago. It is most definitely a must-go spot for travellers who wish to understand the spirituality rooted at the heart of Japan. 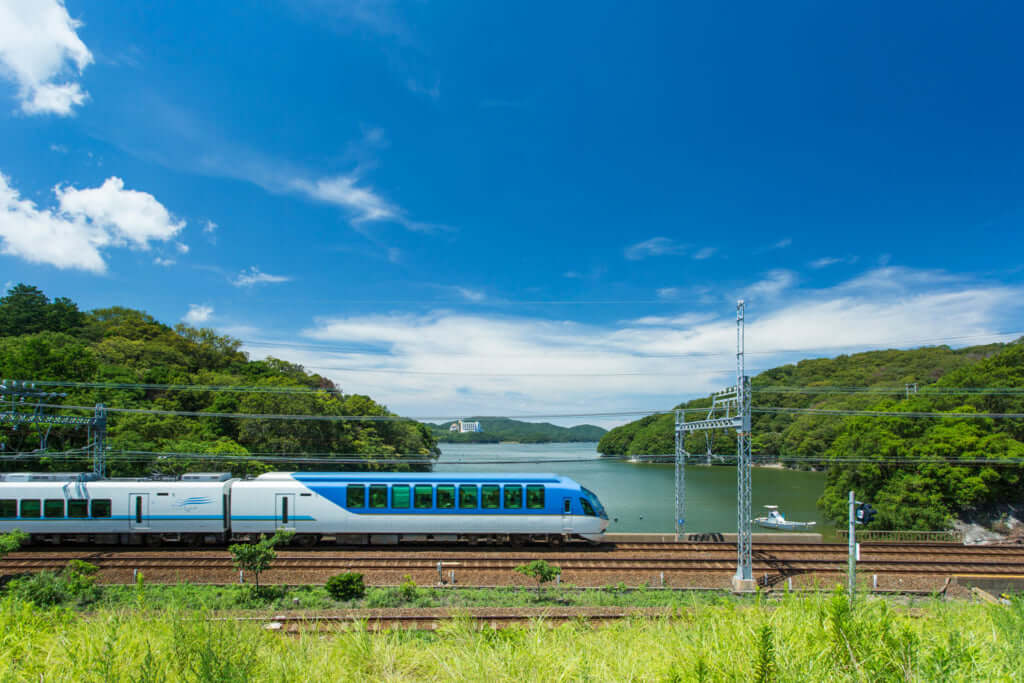 The blue train cars were designed in the image of the bracing wind that gusts through Ise-Shima, and the beautiful sky. The train cuts a vivid form as it races through the abundant nature.

The sightseeing express train Shimakaze guarantees travellers such a quality voyage. Once every day, it makes a roundtrip connection between each of the major terminals of Osaka Namba station, Kyoto station and Nagoya station, and the final stop at Kashikojima station in Ise-Shima.

The Shimakaze express train is distinguished by the consummately-designed interiors of its cars. Aside from those cars containing private compartments, all the passenger seats are arranged in rows of just three across. With an ample seat pitch of 125 cm, the seats are even more comfortable than those found on Japan’s world-renowned Shinkansen bullet trains. Upholstered with soft, real leather, the seats not only feature headrests, lumbar air cushions, and leg rests, but also electrically-controlled reclining and massage functions. The comfortable seats virtually envelop the passengers as they sit down in them, rendering them completely at ease. 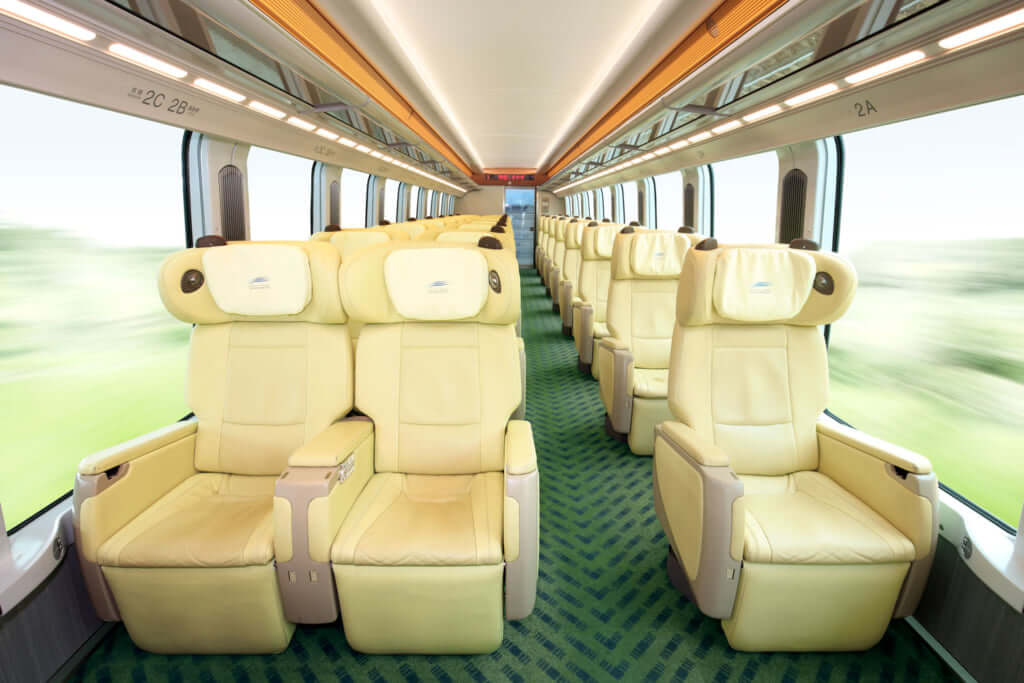 Shimakaze provides passengers with the highest grade of seat offered by any private train line in the country. Besides the large table seen in the back, pull-out tables are also available. The reading lights and electrically-controlled curtains can be operated by the simple touch of a button.

In addition, the car interiors are replete with special contrivances that allow passengers to fully appreciate the fascinating beauty of Ise-Shima passing by outside. The observation cars at front and back feature giant windows affording amazing views of the surrounding vistas. For those passengers who prefer to be alone as they take in the scenery flowing past, the usage of the private compartments is recommended. Meanwhile, the Shimakaze Café on board gives passengers the chance to try dishes made from ingredients sourced from places along the train line, enabling them to lick their lips eating the region’s food even before they reach their destination. 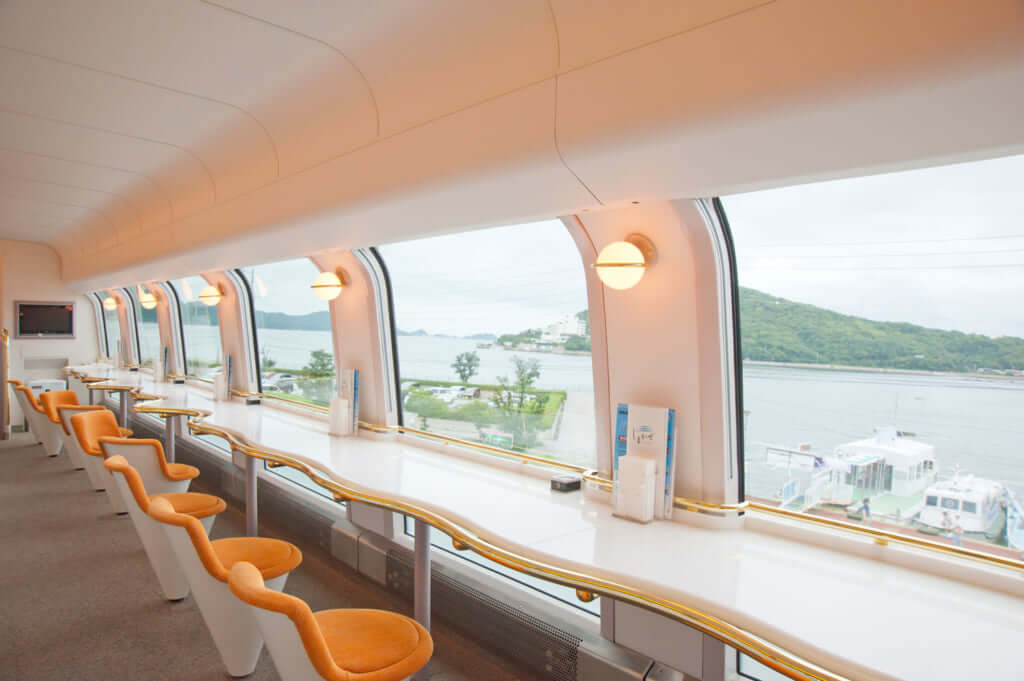 At the Shimakaze Café, you can also enjoy dishes and sweets made with local ingredients that have sourced from along the train line. The first floor of the double-decked car has six sofa seats, while the second floor has thirteen seats at a counter.

Shimakaze is a special train going to a special place, Ise-Shima. Priding itself in offering seats that are more luxurious than those of any other private Japanese train line, the express train provides passengers with the kind of uplifting performance that truly allows them to rediscover the value of spending quality time ‘getting there’. 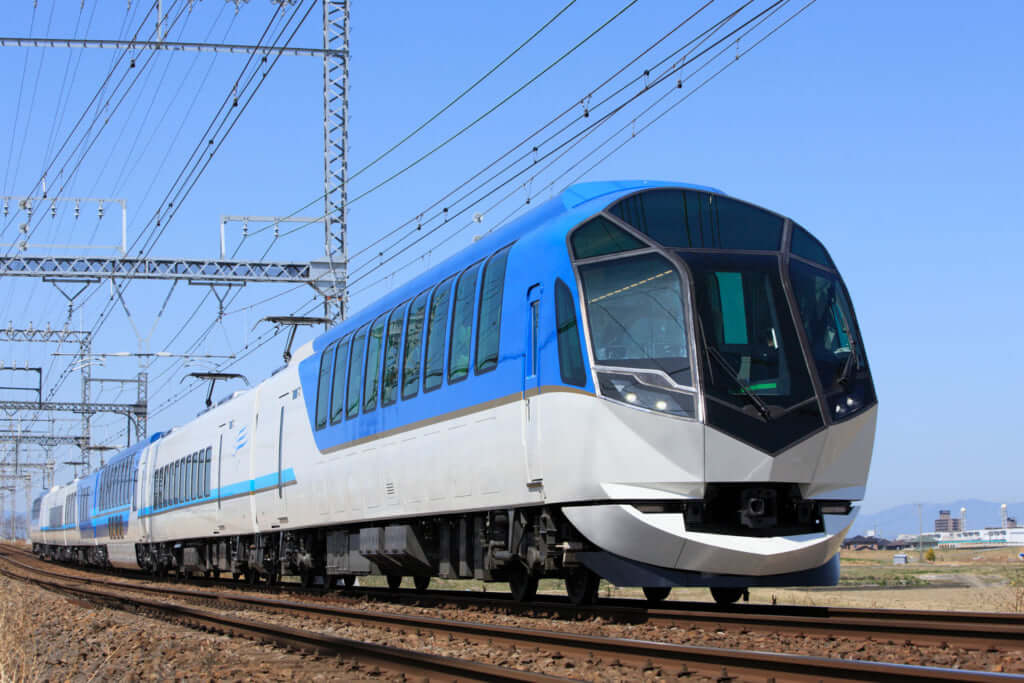 The sharp-looking front design utilises six panes of glass. Both the front and rear cars of the train serve as observation cars, with the floor level intentionally set higher to allow passengers a greater enjoyment of the stunning views. 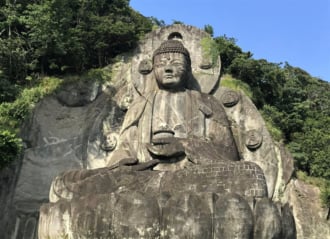