A Second in Thousands – Hochoul Lee’s celebration of individuality

The conceptual artist's performative work reveals the singularity that hides within the systematic. 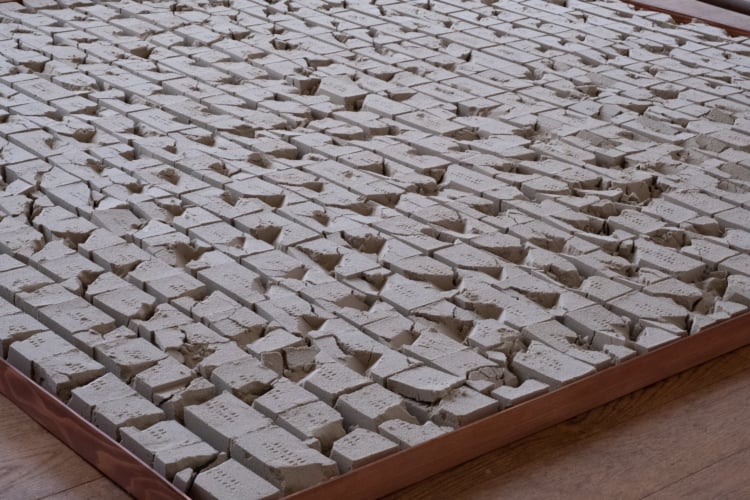 Hochoul Lee’s performative work, A Second in Thousands (Daiwa Anglo-Japanese Foundation, London) — a series he began at the start of 2019 — highlights the overlooked notion of individuality in a world that is becoming more homogenous. The series is a commentary on our modern tendency to forget the uniqueness of elements as we ‘ceaselessly process complicated information.’

A multimedia Japanese artist from Aichi Prefecture and now based in London, Hochoul Lee is known for installation work that challenges the modern consciousness. His 2015 exhibition, We Rotate in the Jelly, for example, saw models submerged in jelly in an exploration of the perception of space, of inner and outer worlds. Favouring materials that are historical, primitive, and ubiquitous, his oeuvre ranges from two-dimensional oil paintings and installations using sand, to performance art, where the process of making forms part of the work itself.

In an interview with Pen, the artist explained that such variety is essential to his practice: ‘It is very important to bring out a wide range of material expressions because they are directly connected to the strengths of my works.’ The materials and concepts he uses are familiar the world over, defying cultural boundaries. Using these universal foundations to explore the fundamentals of form, the artist aims to acknowledge the importance of individuality. With an approach to conceptual art that is neither solely Japanese nor western – he studied craft metal casting at Tokyo University of the Arts and sculpture at the Royal College of Art, London – his practice is altogether unique.

In A Second in Thousands, Hochoul Lee creates works that at first glance may appear homogenous, but upon closer inspection are highly varied. A canvas is marked with numbers representing seconds in time, which are painted over by the artist using oils. The numbers denote the exact moment at which each segment of the canvas will be altered. While carried out with the same technique, every brushstroke results in a different surface texture, presenting each second with its own individuality.

‘I create these new textures in real-time, synchronised, metronomically. The exact time is stamped on these works, not only as a cue for my performance, but also as a name for the individual piece, thus expressing its singularity,’ the artist says. His approach reflects the way in which the world is ‘becoming rapidly universal, so that each tradition and culture is complicatedly remixed by each artist.’

A nod to natural forms

Within the same series, the artist methodically fractures row upon row of neatly arranged clay bricks with the rhythmic tapping of a metal hammer. The resultant patterns may appear random, but the pursuit of such organic lines and forms in fact stems from a childhood fascination with the shapes found in nature.

Although now practising in London, the artist’s Japanese background was an undeniable influence on his career. He recalls clearly the first time he was speechlessly moved by art: ‘I was a high school student. The work was a sculpture by Toshio Yodoi, a famous Japanese sculptor. I had never thought that works of fine art could move people’s minds until then.’ While far more abstract than those of Toshio Yodoi, Hochoul Lee’s works share a similar tactile appearance that hint at this early influence. As a result, his art is organic yet highly methodical, uniform yet unique. With his original hybrid approach, Hochoul Lee continues his quest to connect ‘primitive concepts of existence’ to ‘the actual world we live in, both socially and politically.’

A Second in Thousands (2019), a series of paintings and installation works by Hochoul Lee, can be viewed on his website and on the website of the Daiwa Anglo-Japanese Foundation. 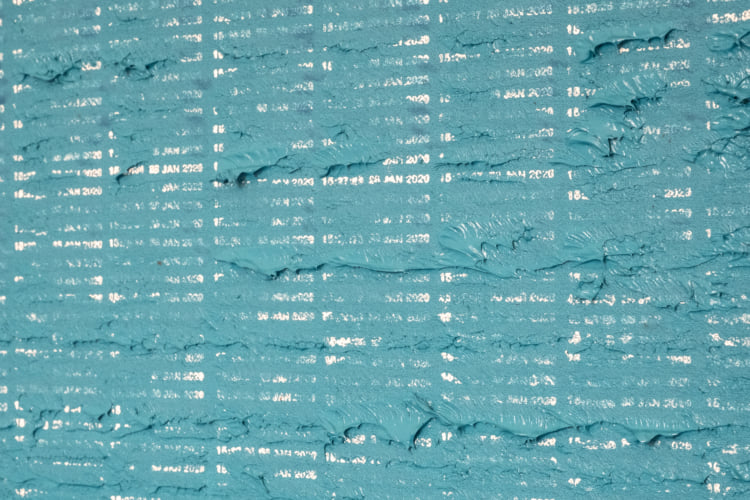 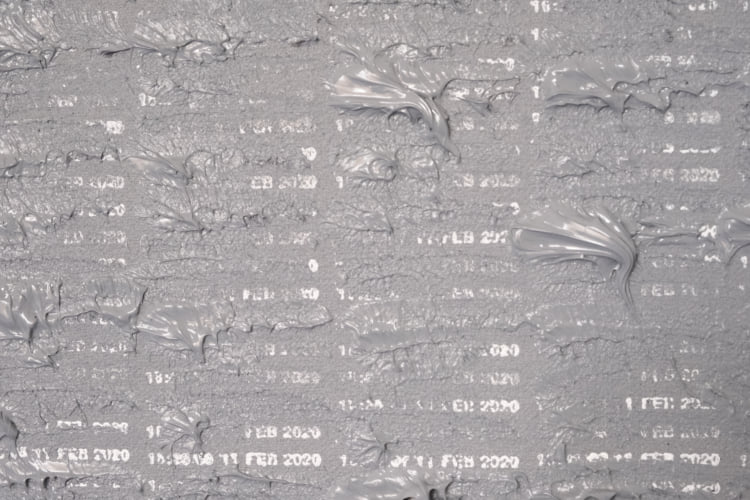 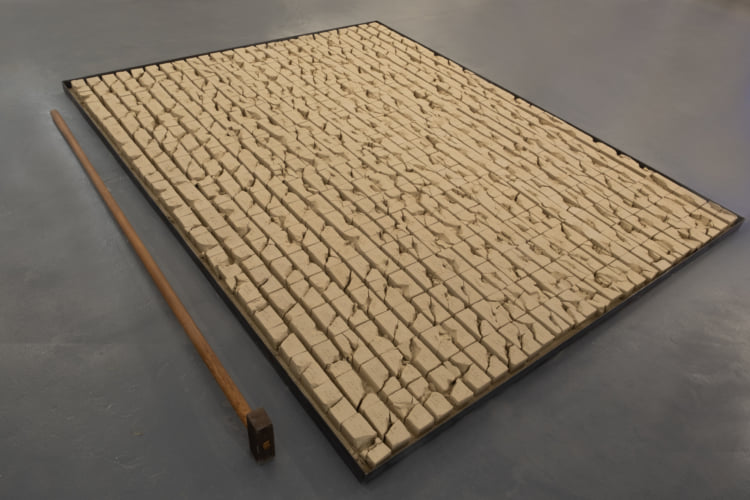 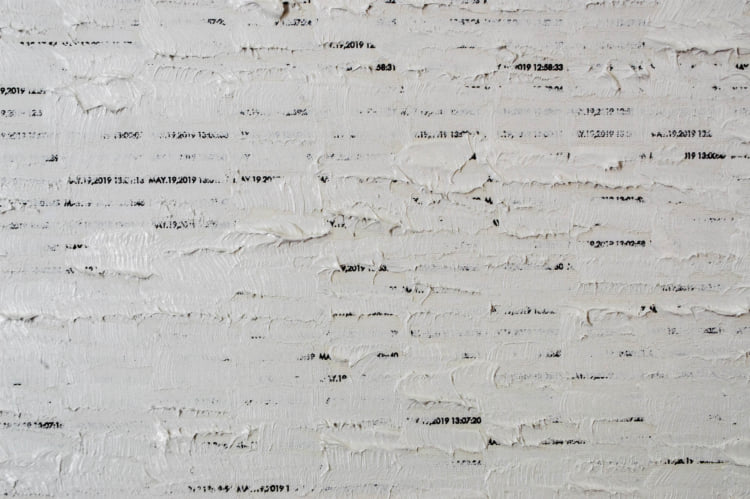 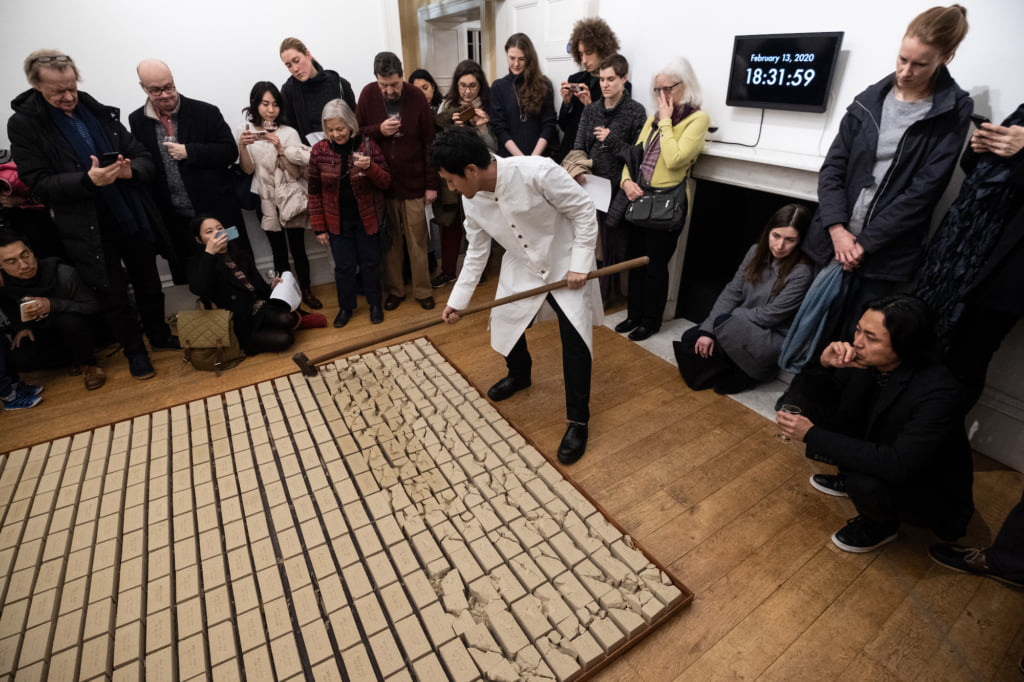 'A Second in Thousands', 2020, sand, clay, wooden frame, hammer, courtesy of the artist. 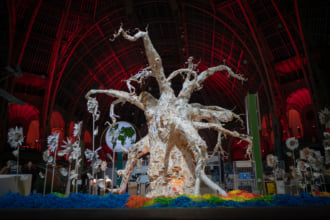 Daijiro Hama’s World of the Void 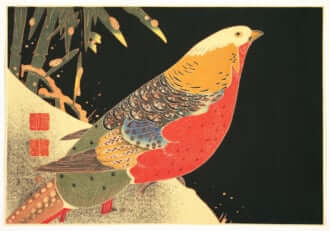