His background in geography offered a different perspective on landscapes, and, since 1991, Taiji Matsue has been taking bird’s-eye view photographs at locations all over the world in an endless quest to amass samples of the earth’s surface. He has acquired his massive collection because of his continuing research efforts and nimble footwork. His work is designed to show both a panoramic views and vivid close-up images. So close you feel you can touch them. His work gracefully incorporates natural and man-made aspects of the earth, opening a new field of natural history for what can only be called and encyclopedia of earth.

In 2015, Matsue published LIM, a photo collection of cemeteries around the world—desolate burial grounds as well as rich and colorful cemeteries with penetrating brightness. Cemeteries are defined by culture and climate, and some look little like resting places. 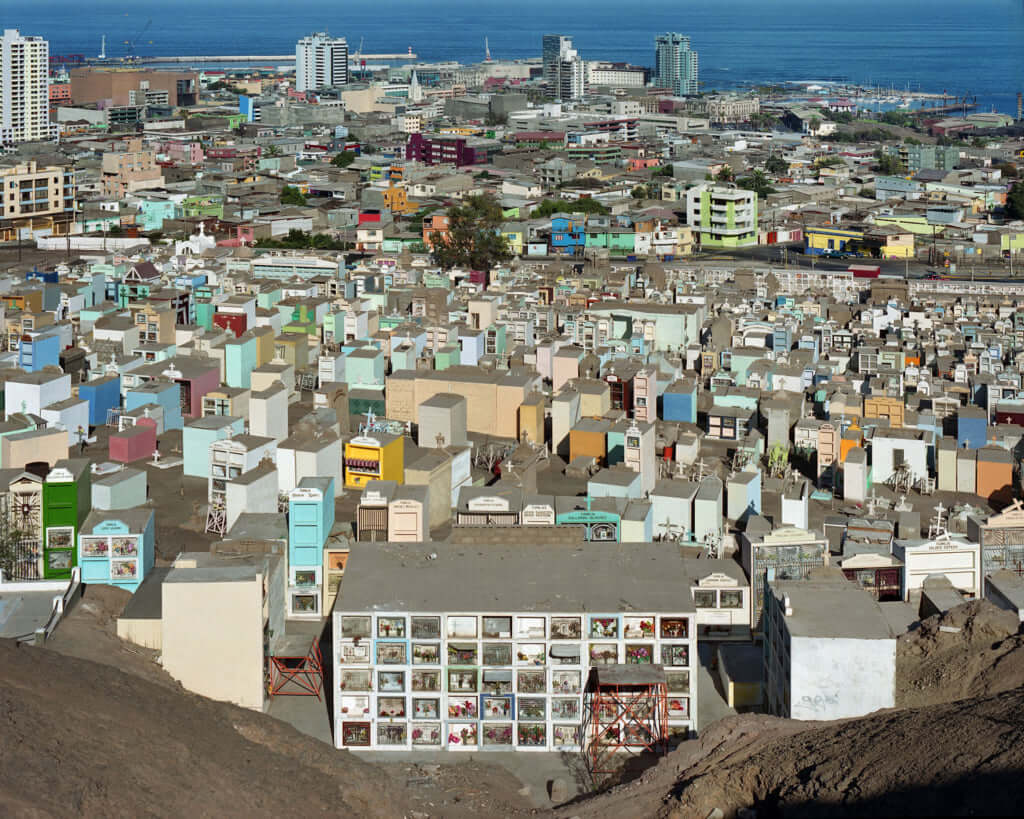 Cemeteries in Antofagasta, Chile. Taken from highlands. The series also includes many aerial shots from helicopters and small planes. 'This is because in any countries, cemeteries are often surrounded by fences', says Matsue. He found that regardless of religions and cultures, it is a universal practice for the living to draw a curtain around the 'other side' as they try not to look at the afterworld in their ordinary lives. ©TAIJI MATSUE Courtesy of TARO NASU

‘Since my student days, cemeteries have been a recurring theme, and I select locations by my own criteria. In fact, not too many ideal locations exist’.

To cut spirituality from the photos, which he feels is a nagging cliché, Matsue limits his schedules to times that the sun falls evenly on all objects. Shade and horizon lines virtually disappear, and the texture of each object comes to life. This is the Matsue Method, offering detailed visual information as if one were seeing it under a microscope. His photos convey a universality of which one never tires. Taiji Matsue’s work may possibly be categorised as the conceptual art of the twenty-first century. 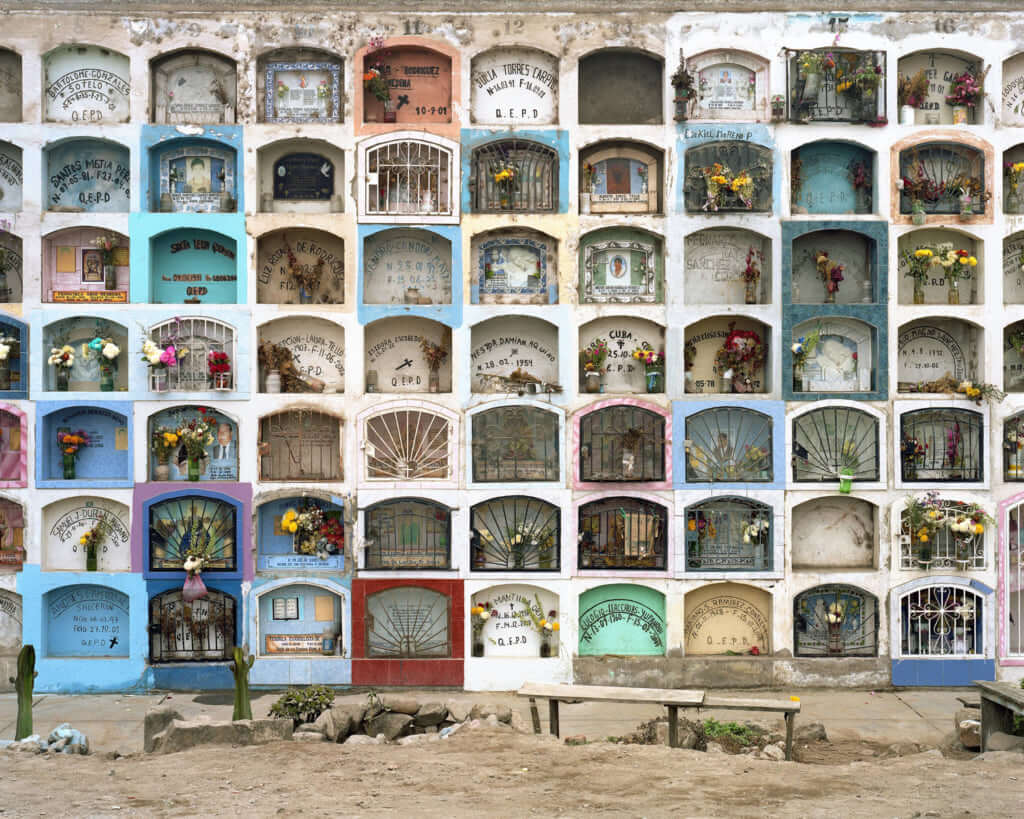 Cemeteries in Lima, Peru. Taken from a human eye-level perspective. 'Because the space is small and shooting angles are limited, I often take close-range shots for these places'. The visual information vividly depicts the Latin American concept of communities. ©TAIJI MATSUE Courtesy of TARO NASU 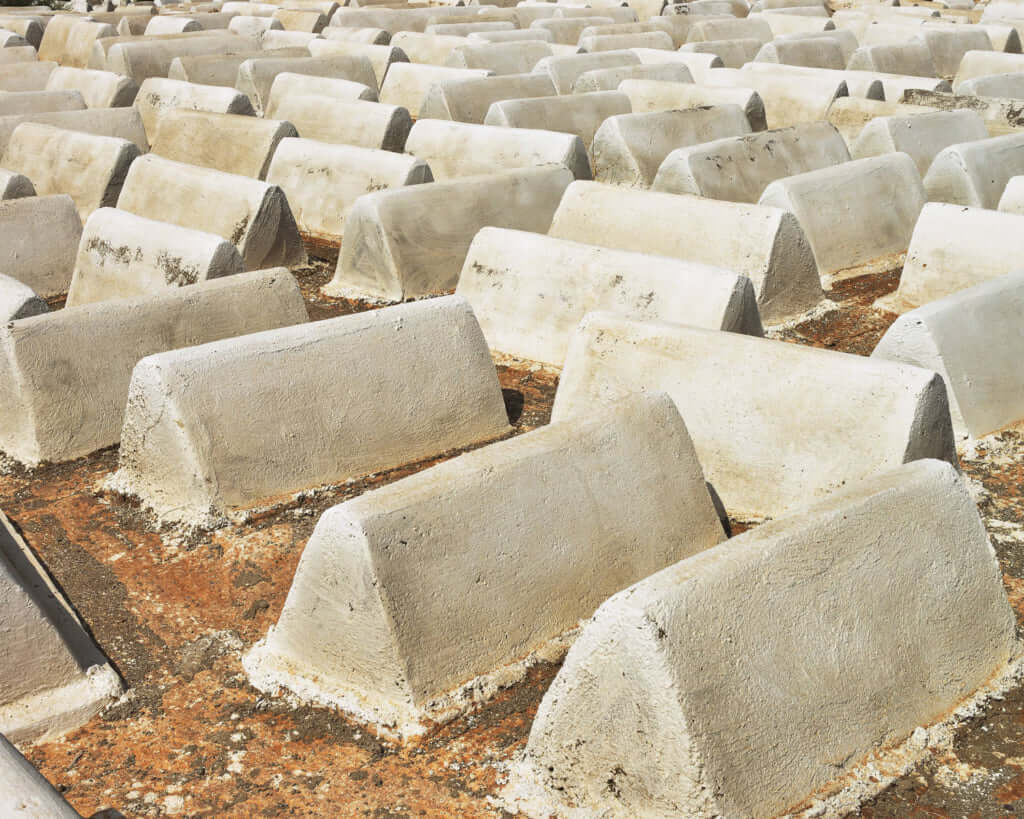 Marrakech, Morocco. The shot of wild and rugged landscape with curb-like tombstones conjures up the images of the afterworld and is rather refreshing. Large tombs that boast authority of powerful people are usually found in urban areas. In contrast, there are some places where great figures are buried on an equal footing with common citizens. ©TAIJI MATSUE Courtesy of TARO NASU 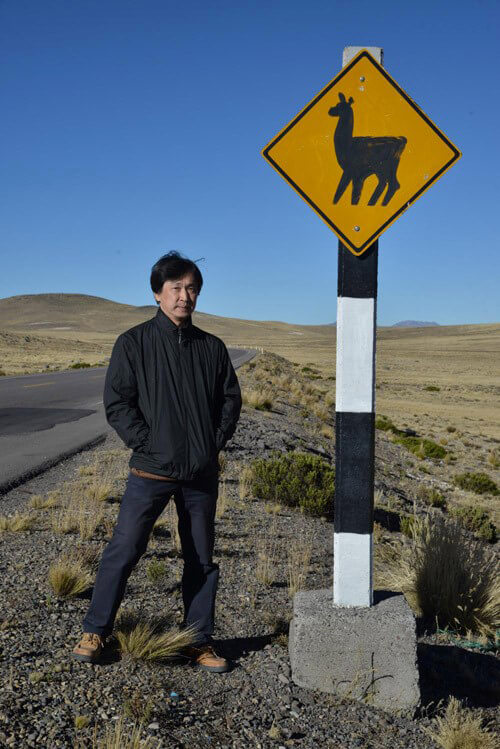 Born in Tokyo, 1963, Taiji Matsue graduated from the University of Tokyo with a degree in Geography. He was awarded the New Photographer Award at the twelfth Higashikawa International Photo Festival in 1996 and the twenty seventh Kimura Ihei Award in 2002. His seminal collections include 'LIM' (2015, Seigensha Art Publishing). In February 2017, Matsue published 'Hashima', a collection of photographs of the abandoned Hashima Island (commonly referred to as Gunkanjima, which means Battleship Island in Japanese).