Araki Himself Explains the Masterpieces that Changed History

For more than half a century, Ararchy has been taking pictures. He constantly takes on new themes and techniques, exploring a world that changes like a kaleidoscope.

‘Through this boy Sacchin, I could see my own childhood as he played’. 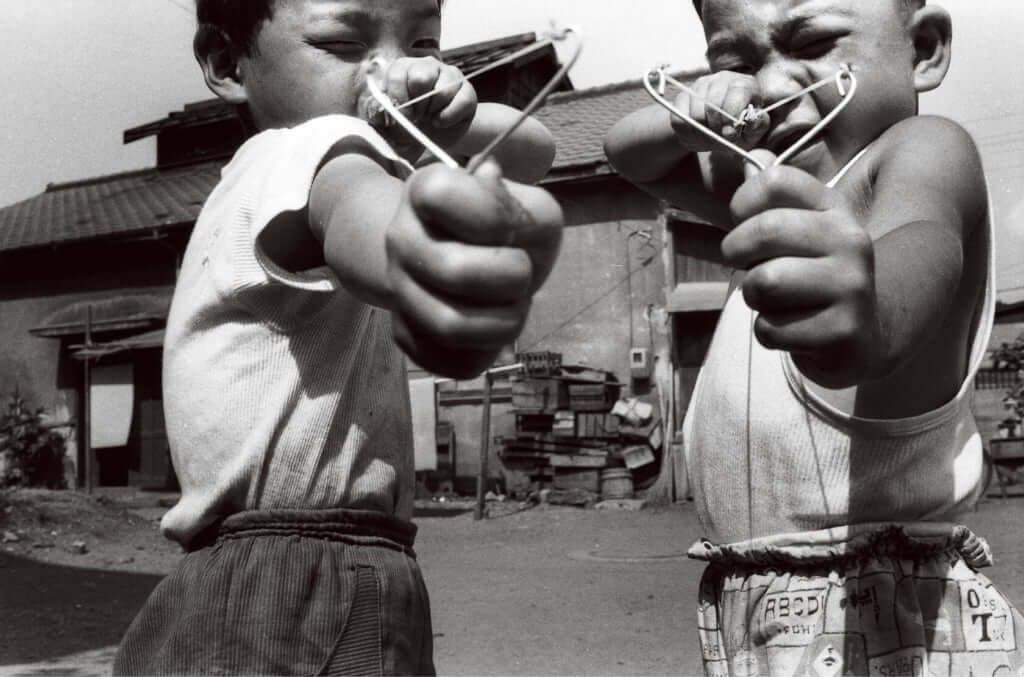 While at university, Araki often took pictures of the children near his home. 'I could see my own childhood in the boy called Sacchin', he said. It was where 'Photographs of Me' began, which convey who he is through others. He continued, 'I was taking pictures from the point of view of a child. The sort of brat who aimed and fired a catapult at me but didn't actually have anything loaded in it'. The quality of these shots of active children can be surprising. He was awarded the Sun Prize for the series, which was his big break.

‘The bliss of life and the premonition of death meet and mix together. The presence of both is what makes it a masterpiece’. 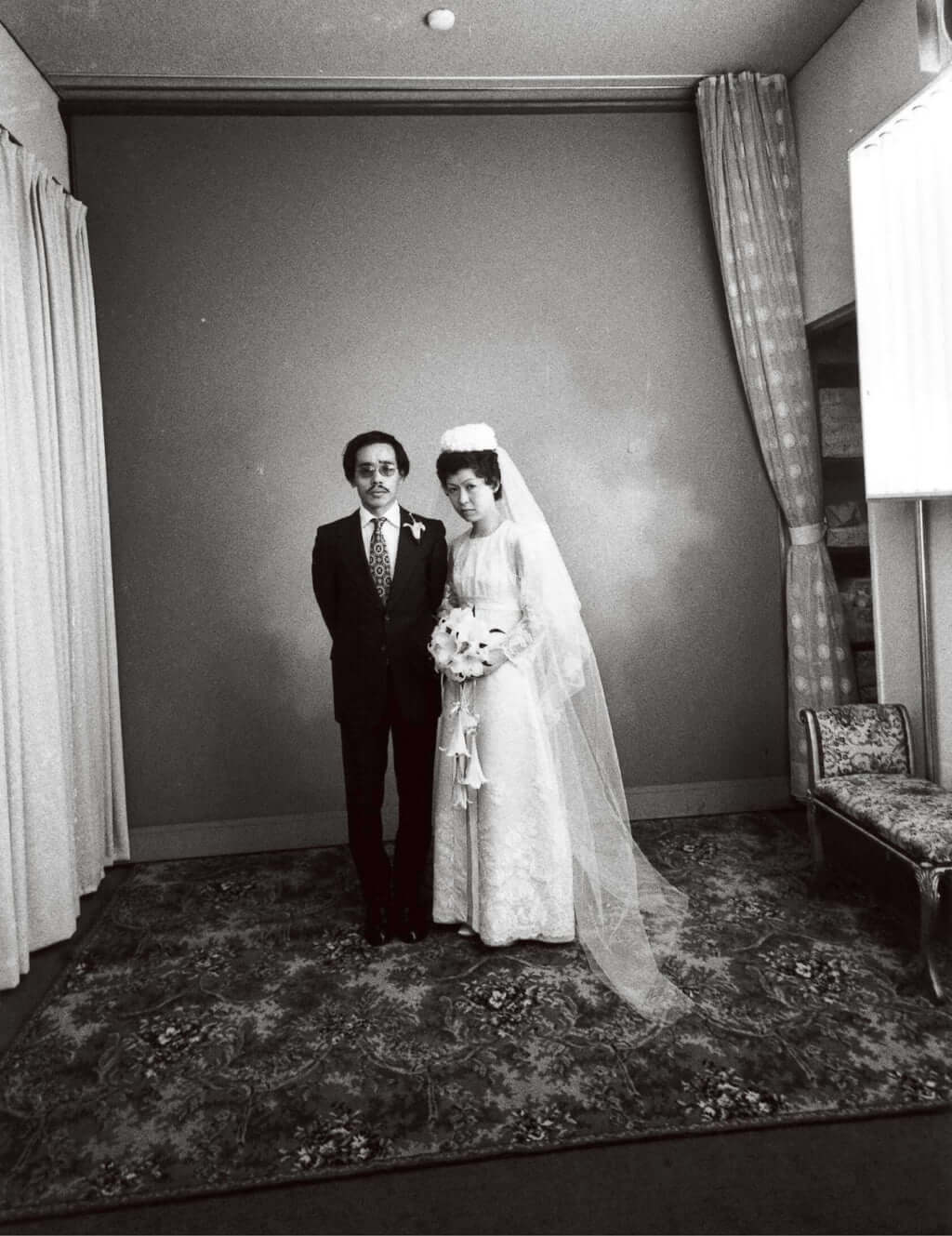 Some photos in the book have text written by Yoko. The book also includes works from 'Sentimental Journey' and 'Sentimental Journey Continued: Okinawa'. 'It (above) is like crossing the Sanzu River in the afterlife, isn’t it? We'll see it in the future. And there's kind of a foetal look to it. It's mysterious--I didn’t really mean to be like that. It’s just a slice of everyday life--you can find the word Shiseido there. You could call the mixing of the joy of life and premonition of death a masterpiece. The picture below was taken by my best student. I make people take good pictures', he laughs.

‘The feeling of love is transmitted and becomes a stage for just the two of us’. 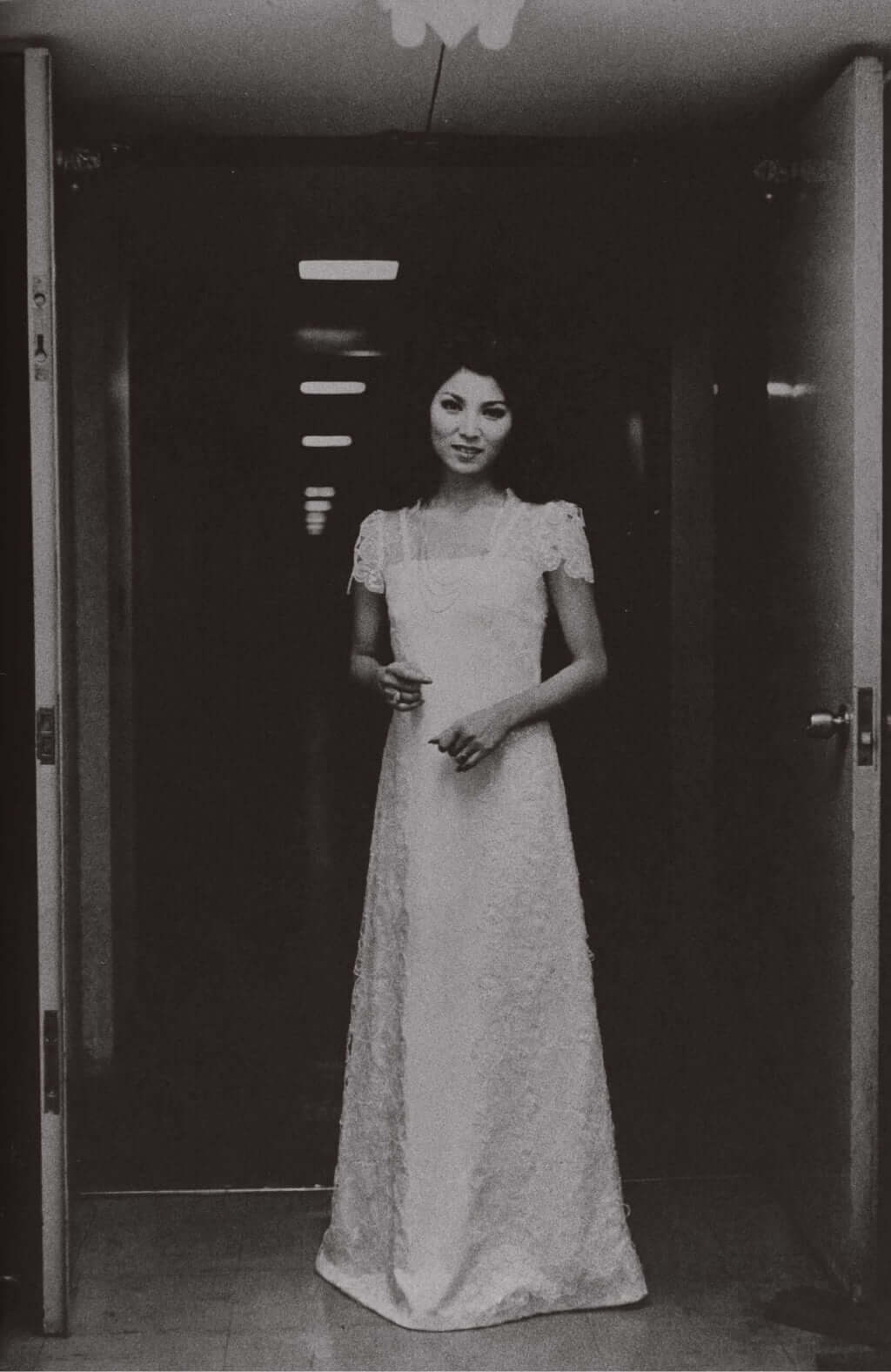 Designed by Akira Matsui, the work personifies the concept that 'photography lies'. This photo, taken in a TV station corridor, captures Aki Yashiro. 'I’m a big fan of her's. She’s a wonderful, interesting woman. That feeling of love is transmitted, and it becomes a stage for just the two of us. When taking a picture of a woman, I need a space just for her and me. The photo must also hold a secret feeling of romance. If there is a secret in it, doesn't that excite various ideas in the viewer?'

‘I’m always part of the avant-garde’. 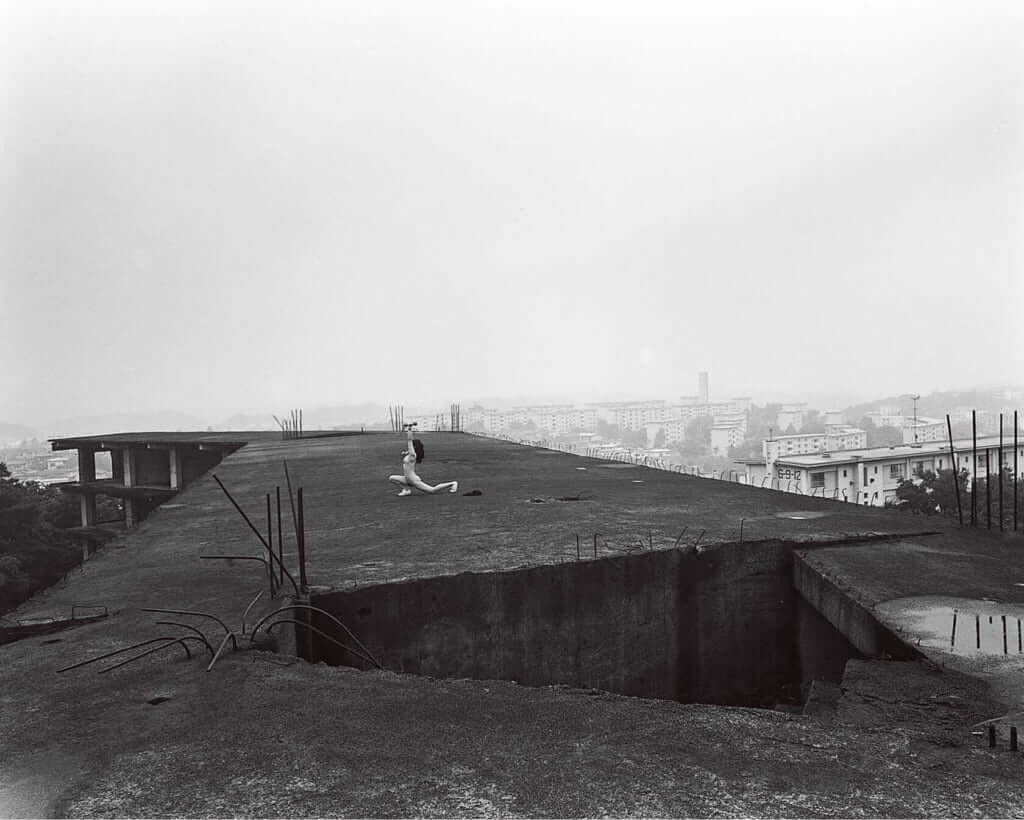 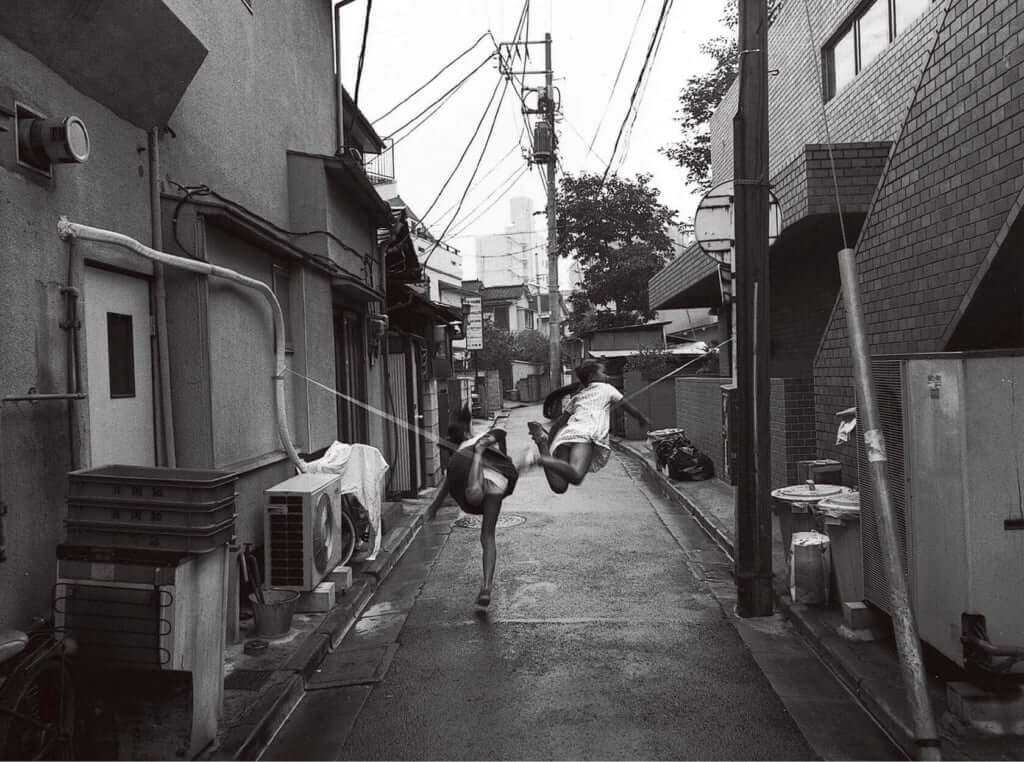 This photo collection boasts the same name as the film by Yasujiro Ozu. Born and raised in Tokyo, Araki has an unusually strong passion for the city. During this period, his method of creating stories by disinterestedly arranging everyday scenes becomes clear. The photograph above was taken from the rooftop of an abandoned apartment block. It is a scene depicting a street performance. 'I'm always part of the avant-garde', he laughs. Below is a snapshot taken in the city's Harajuku district. 'Ordinarily I would have taken a picture of her cute face, but her skirt came up at the exact moment I took the shot', he laughs. 'This picture sort of shows my lecherous heart, doesn't it?' For Araki, even streets are studios.

‘I put Yamorinsky the mummified gecko in the centre of a flower and took a picture of it. In other words, Yamorinsky is me’. 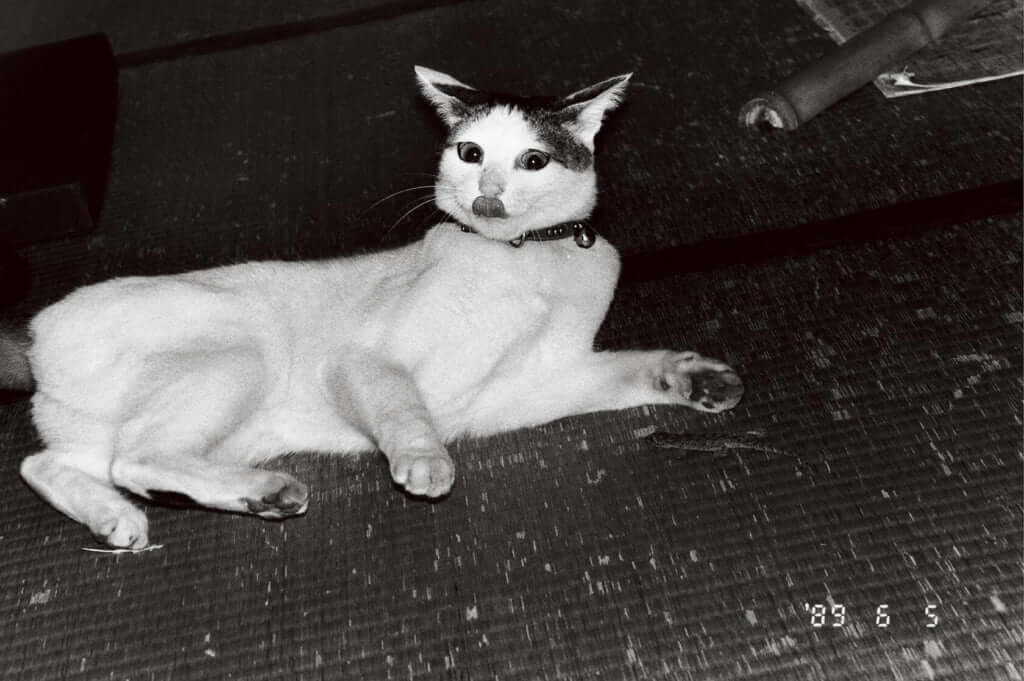 'Chiro My Love' is a record of Araki’s beloved cat Chiro, which he received from Yoko's family home. 'Here she is licking her lips after eating a delicious gecko'. The book also portrays the cat’s charm, such as her sleeping curled up. 'I made a mummy of a gecko that Chiro caught. I named it ‘Yamorinsky'. I took a shot of the mummy, placing it at the centre of a flower, reminiscent of female genitals. In other words, Yamorinsky is me. That sexually-charged photo is called 'Paradise'. 'While he was working on the book, Yoko was hospitalised and then passed away.

‘A picture must contain a sense of nostalgia; Even sad things may be nostalgic’. 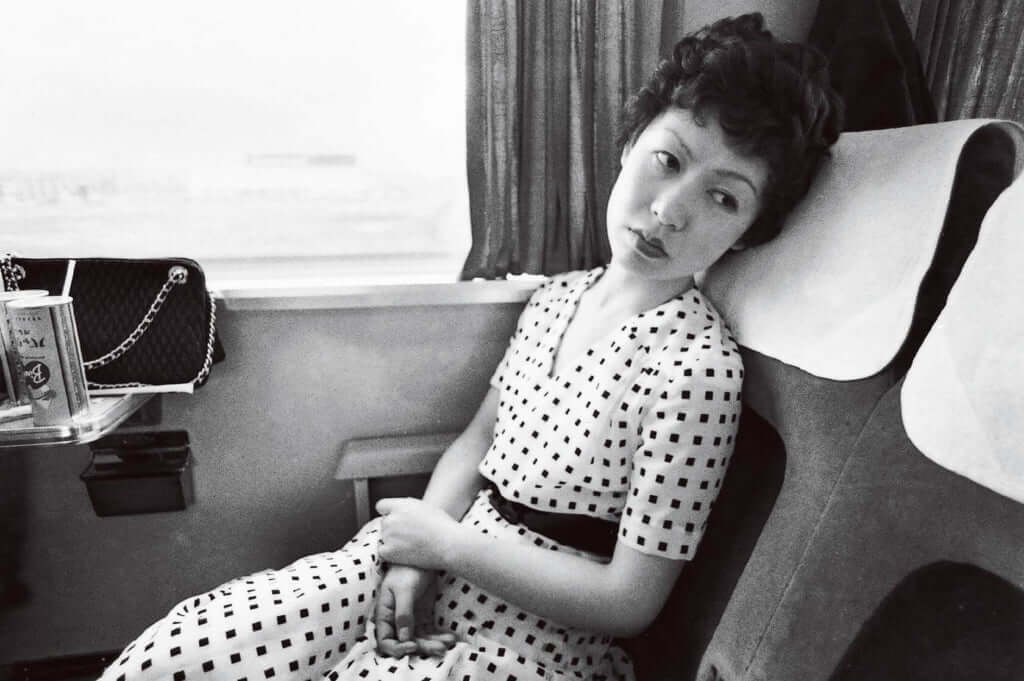 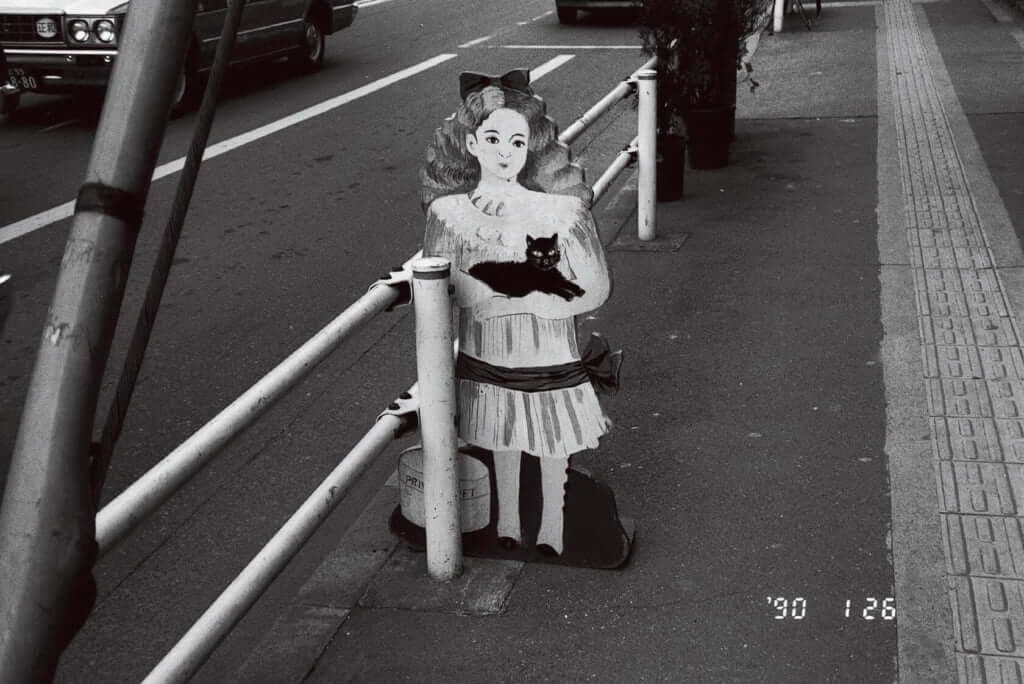 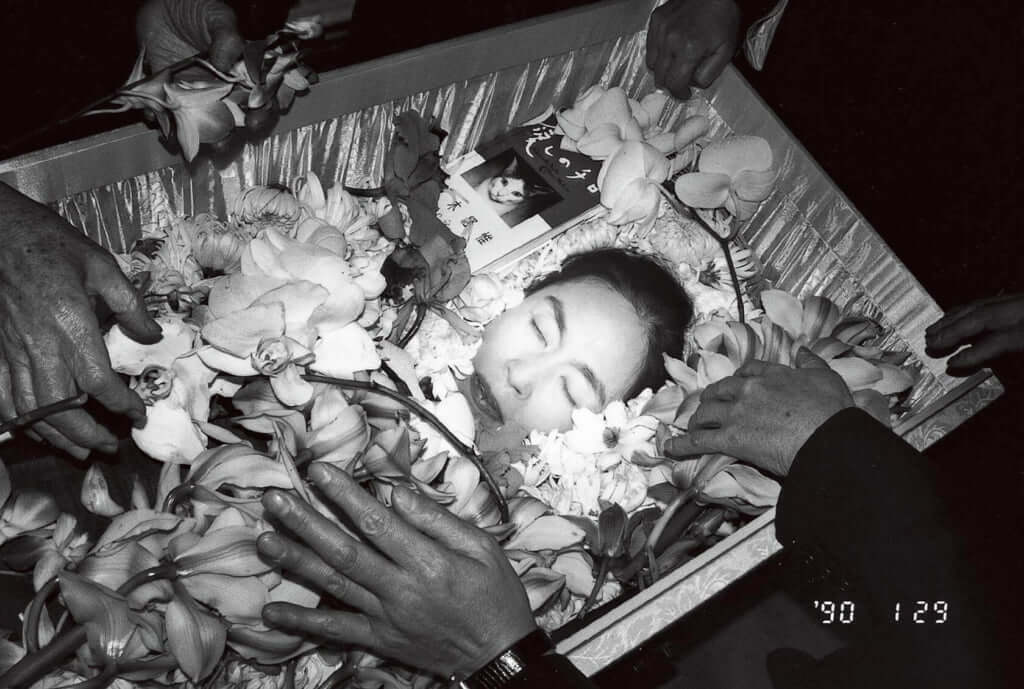 The two-part book consists of cuttings from 'Sentimental Journey' and portraits of Yoko taken before and after her death. In 'Sentimental Journey', Yoko always looks grumpy. 'I think shots like this represent the true her more than ones where she's smiling'. The picture (middle) from 'Winter Journey' displays a scene in which Yoko is en route to the hospital, having been made aware of how little time she has left. 'A picture must contain a sense of nostalgia. Even sad things may be nostalgic'. On the below, the just-completed 'Chiro My Love' lies in Yoko's casket. 'Yoko was looking forward to seeing the work. It was a great gift, wasn’t it?'

‘I’ve changed the dates in many of the pictures—setting them all to 1 April 1st or 15 August—but these are ‘honest photographs’, with the correct dates attached’. 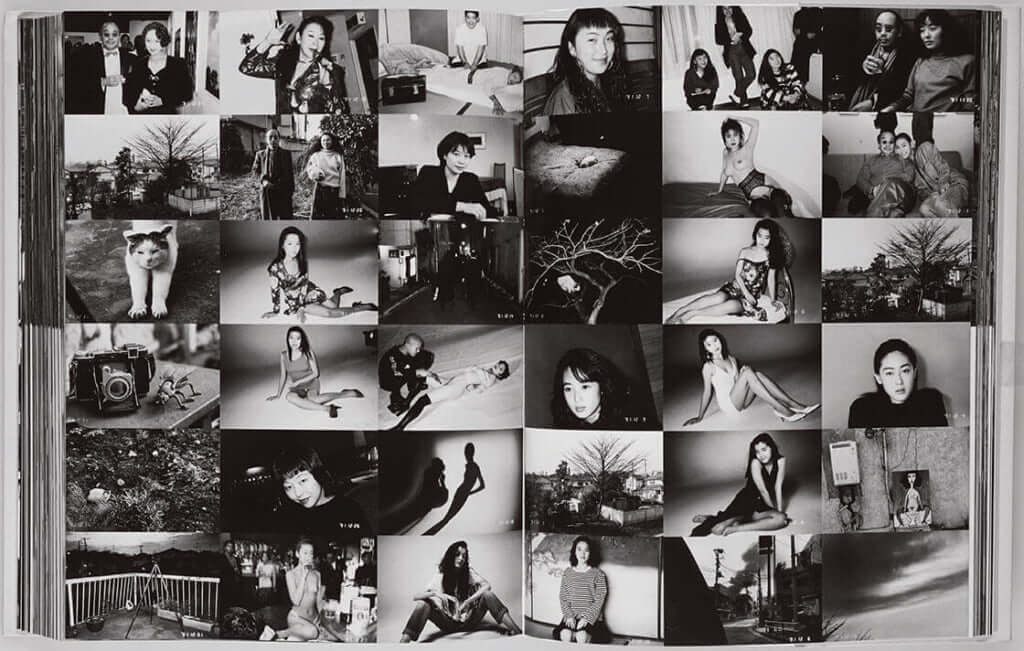 Grand Photomaniac Diary is a collection of diary-style photographs taken in the ten years after Yoko’s death. 'I’ve changed the dates in many of the pictures—setting them all to April 1st or 7 July, which is our wedding anniversary, or 15 August—but these are 'honest photographs', with the correct dates attached', says Araki. His nicknames, such as the 'Photo Maniac', and, later, the 'Old Photo Maniac', were inspired by the nickname which Katsushika Hokusai took in his later life, 'The Old Painting Maniac'. Araki’s photography has visual cues that overlap with Hokusai, who also threw himself into his work.

‘For me colour is life, and black-and-white is death’. 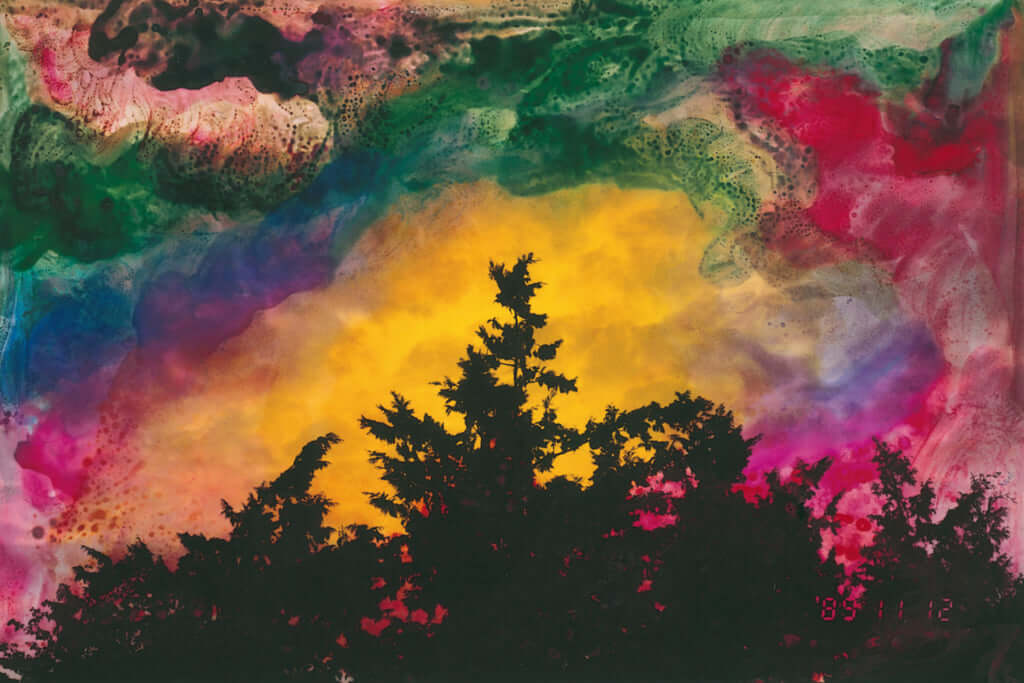 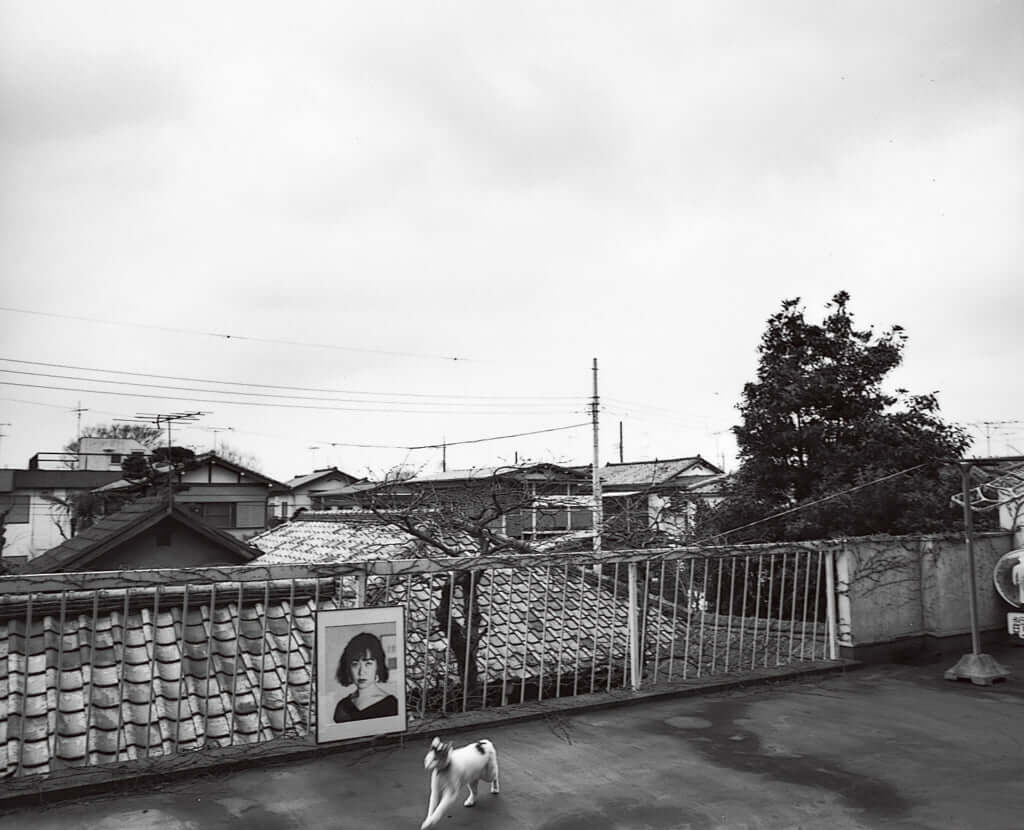 He continued taking pictures as if doing so would fill in the emptiness from losing Yoko. The work consists of two volumes—one, 'Skyscapes', collects his photos of the sky, painted over in colour, and the other, 'From Close Range', depicts items connected with Yoko arranged on the balcony of his home. 'There's something poetic in the sky. And for me colour is life, and black-and-white is death. In 'Skyscapes', I come back from the world of death to the world of life. The items laid out in 'From Close Range' form a portrait of Yoko. At the time of her funeral, I realised that this is the right size for showing photographs. It’s good to have a size that can bring you in close'.

‘It contains both Eros and Thanatos at the same time. That’s why it’s called Erotos’. 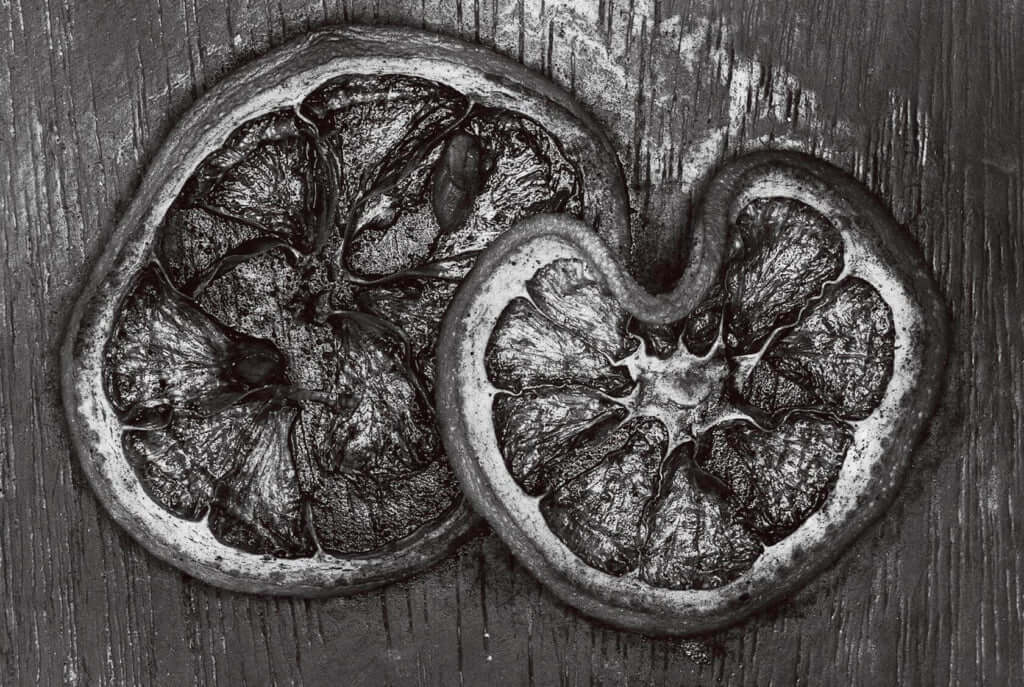 'It contains both Eros (sexuality) and Thanatos (death) at the same time. That’s why it’s called Erotos'. The book includes nude pictures interspersed with images of lips, flowers, insects, food and other subjects that resemble female genitalia, taken using a ring strobe. 'When you use a ring strobe, there are no shadows on yourself or the photo subjects. The lighting exposes everything in all directions. I think it would be interesting to do it again now, but I've decided never to redo something I've already done'. These images may lack shadows, but ones that have no darkness at all are boring, he says. 'A photo that only shows the surface of something is pointless'.

‘I love situations in which I don’t know what’s going to happen. What is left is what is meant to be left’. 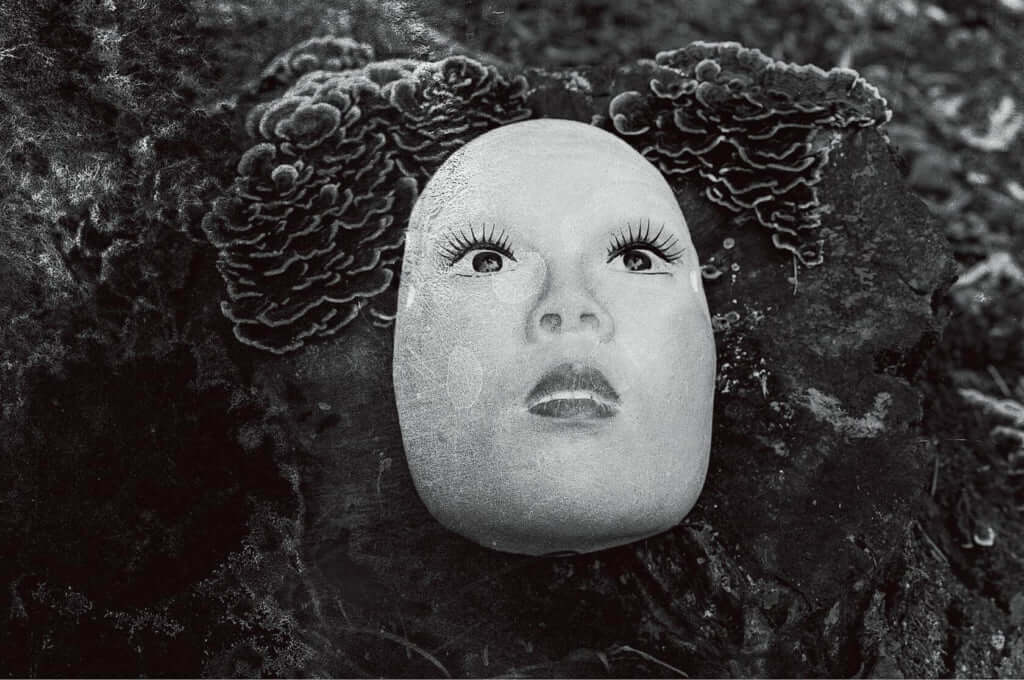 Death Reality is a collection of prints developed from negatives taken in Okinawa in 1974. 'I developed the films in developing solution that was more than fifty degrees Celsius, then, when I thought, 'This seems about right', I took them out and cooled them. I was just like a swordsmith. In this picture, just by chance, the background broke, but the foreground was okay. I love situations like this, where I don't know what's going to happen. What is left is what is meant to be left'. Subjects such as an erotic scene, a snapshot of a street corner and a doll, gradually dissolve until they barely fit in the frame. Influences from Ken Domon’s 'Hiroshima' and Shomei Tomatsu’s 'Nagasaki' are visible.

‘Both flowers and women are best when they are half-rotten’. 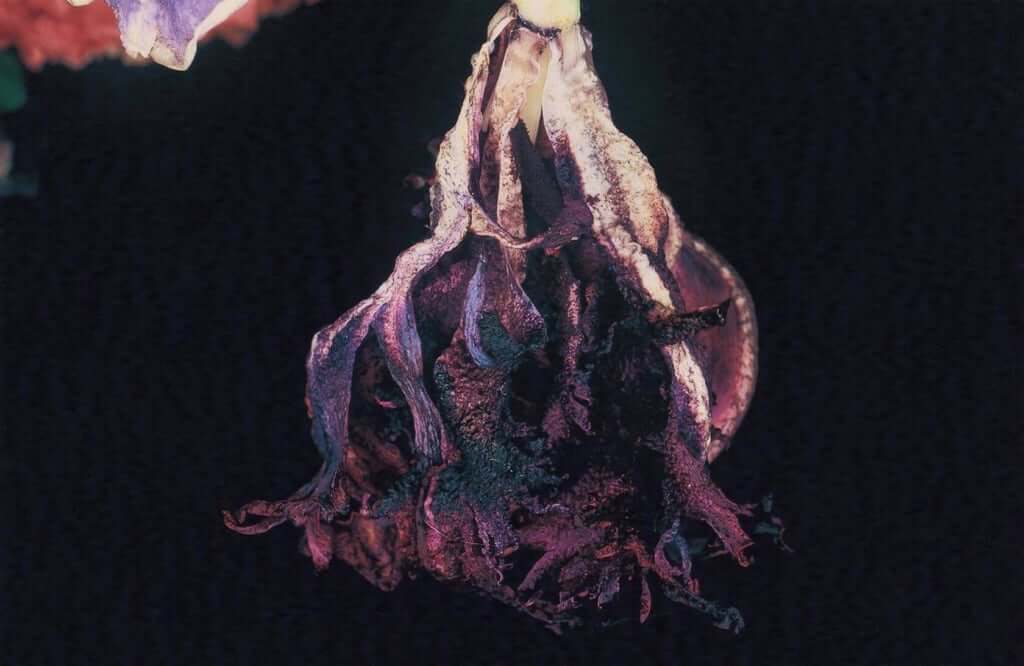 Flower Song is a collection of photos of flowers, but many are wilting or dead. 'This is another masterpiece. I took a picture of a rotten flower. Both flowers and women are best when they are half-rotten'. It was immediately after leaving his job at Dentsu that Araki started taking photos of flowers. The subjects were the flowers that were offered before the graves at the Jokan-ji temple, near his family home. They were wilting because he took the photos after the week of the equinox when the temples hold services. 'I felt like I was getting close to death'. He captures the moment when the flowers, which are symbols of Eros, approach death. The mixture of Eros and Thanatos are discernible from early in Araki's career.

‘More than composition or use of light, the true essence of photography exists in how strongly you feel about it’. 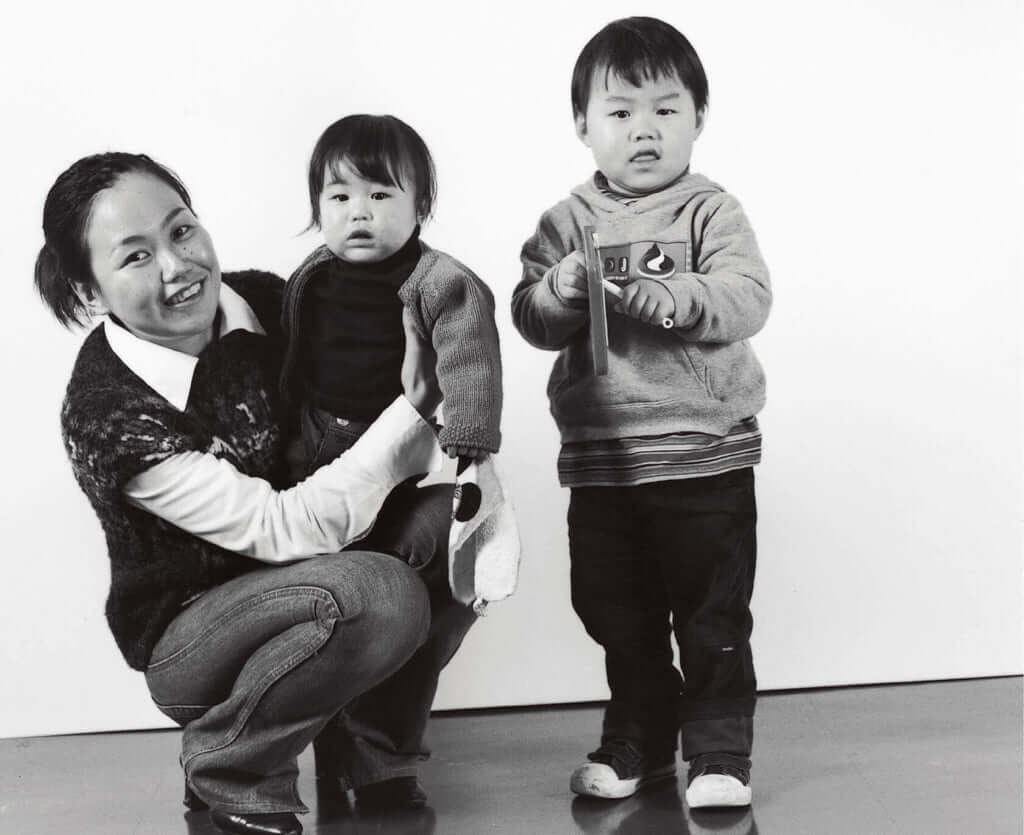 In 2002, Araki embarked on a project taking pictures of the faces of people living in each of the prefectures of Japan. 'I went abroad and thought 'I've got to take pictures of Japan'. And, of course, at that time, my subject was not Ise Shrine but people. 'He began with individual portraits then expanded to family portraits after families requested them'. The relationships between parents and their children or a husband and wife are much stronger than those between my partners and me. More than composition or use of light, the true essence of photography exists in how strongly you feel about it. Photography reminds me of that'.

‘You can see the course of life in a street. Every life passes through them’. 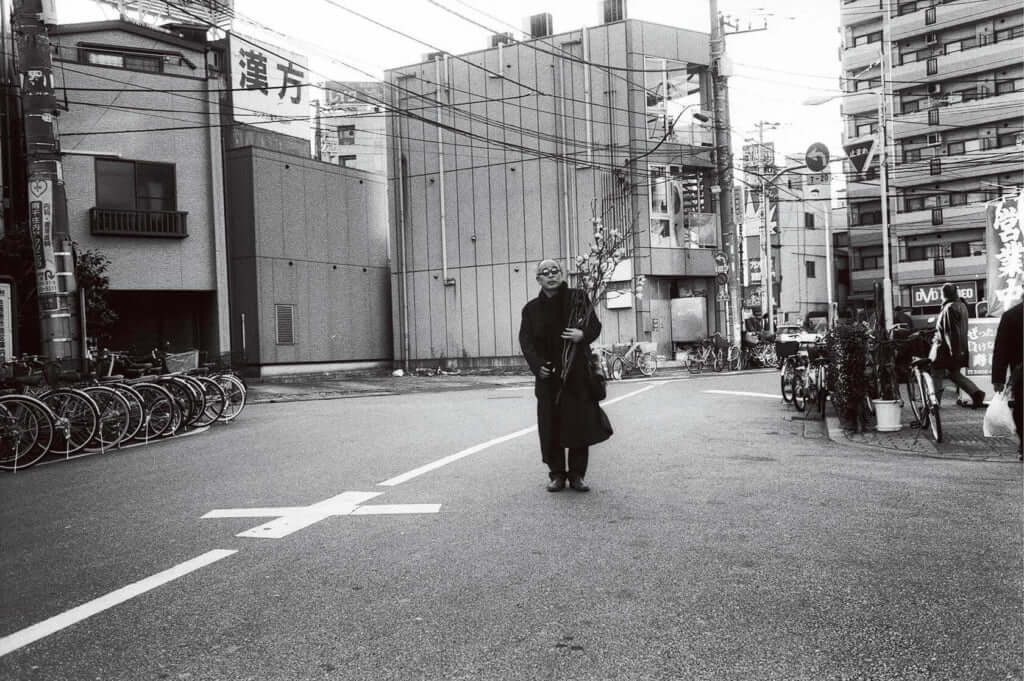 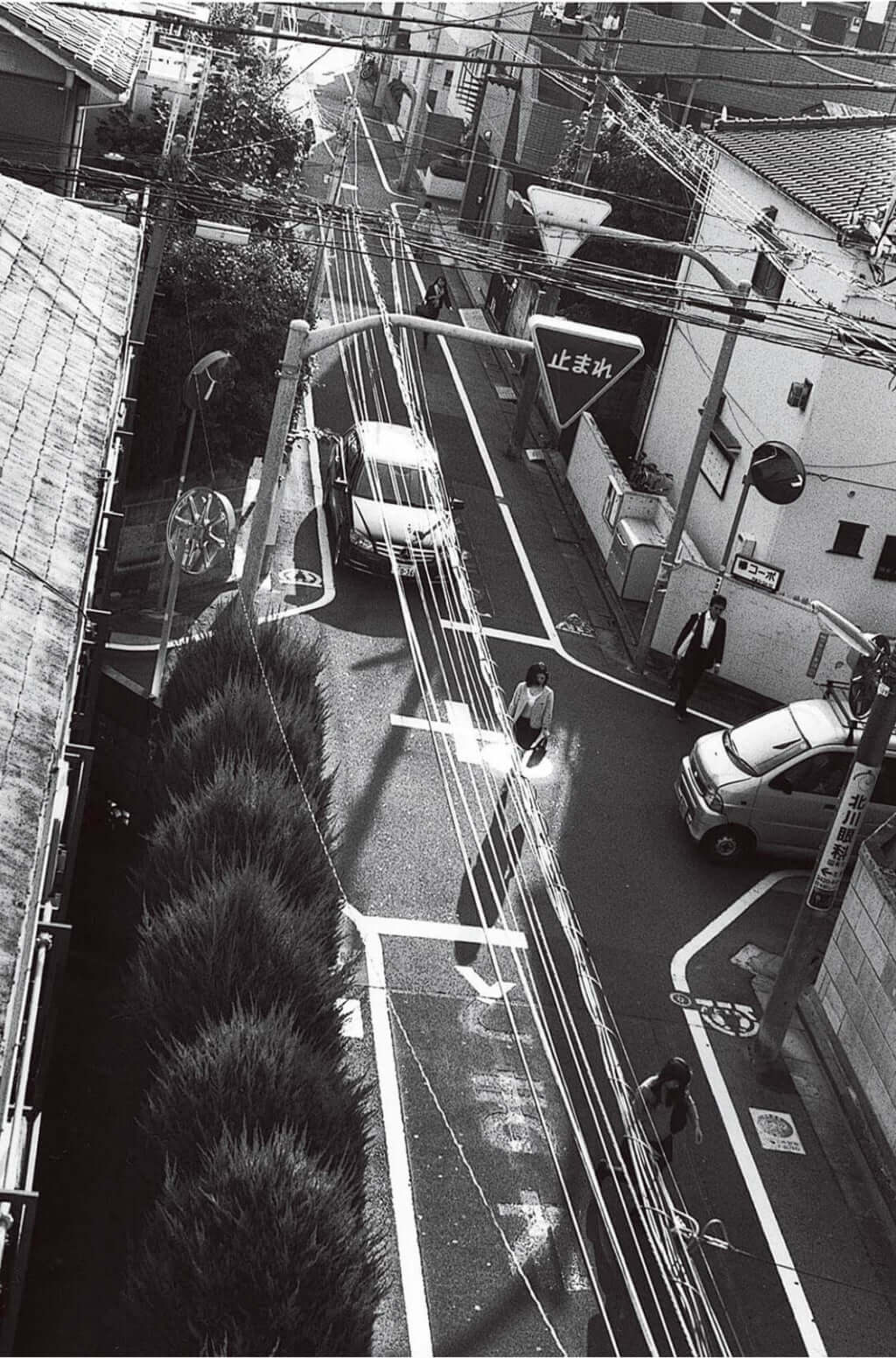 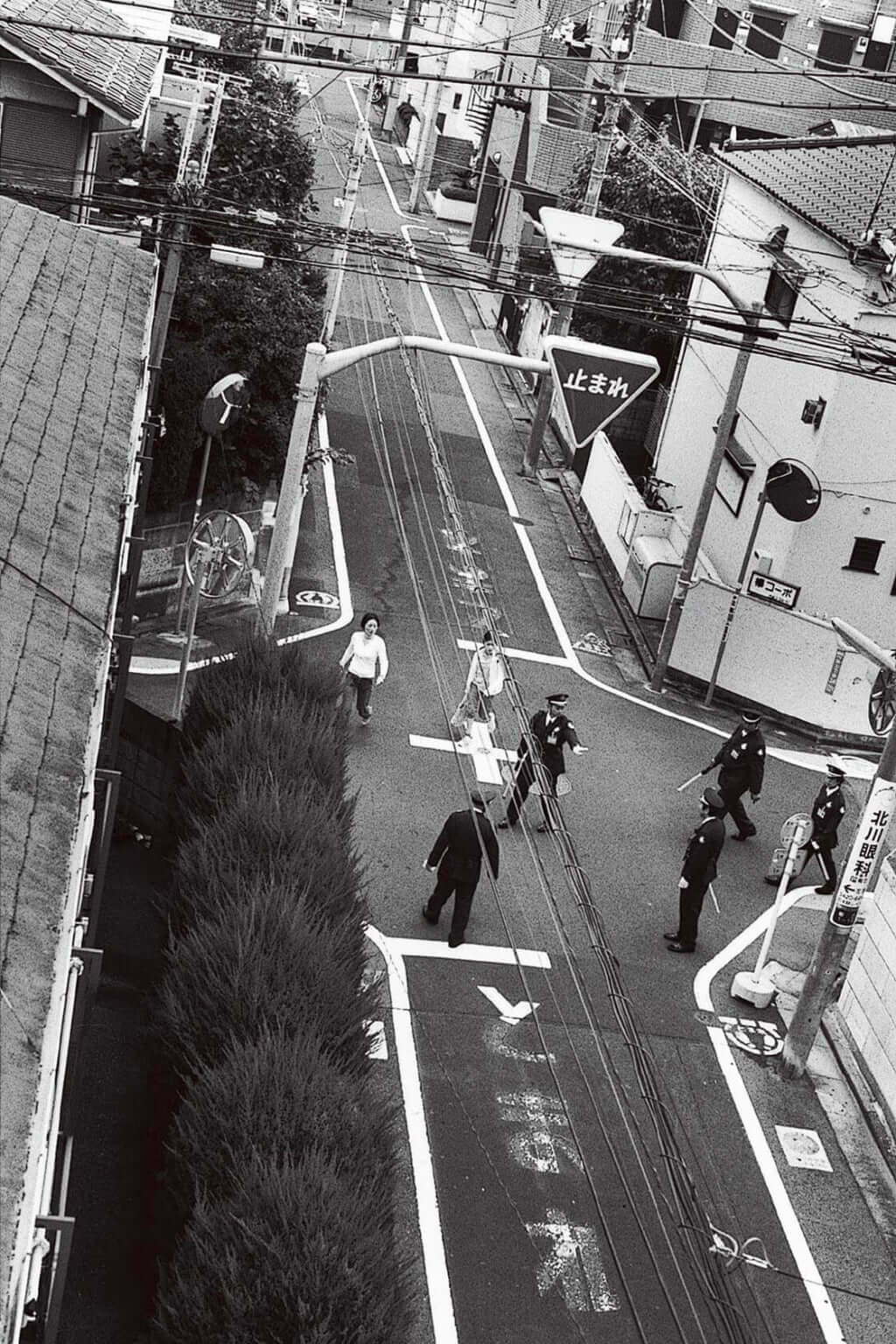 This collection of photographs, based on the premise crossing into the afterlife, takes its title from The Essentials of Rebirth in the Pure Land, a traditional Buddhist text containing paintings of hell. The last two pieces, collected in Araki’s Road, capturing the morning scenery from the rooftop of his home. 'You can see the course of life in a street. Every life passes through them'. But Araki does not stop here. 'It’s no good to conclude a life is such-and-such just because you can see people’s lives on the ground from above. We will forever remain unable to understand what life is. That’s why I must carry on taking photographs of crowded streets'.

#04: Araki Himself Explains the Masterpieces that Changed History