Araki bounces between formats from mid-sized cameras and compact cameras to instant film, exploring the secrets hidden within his equipment. 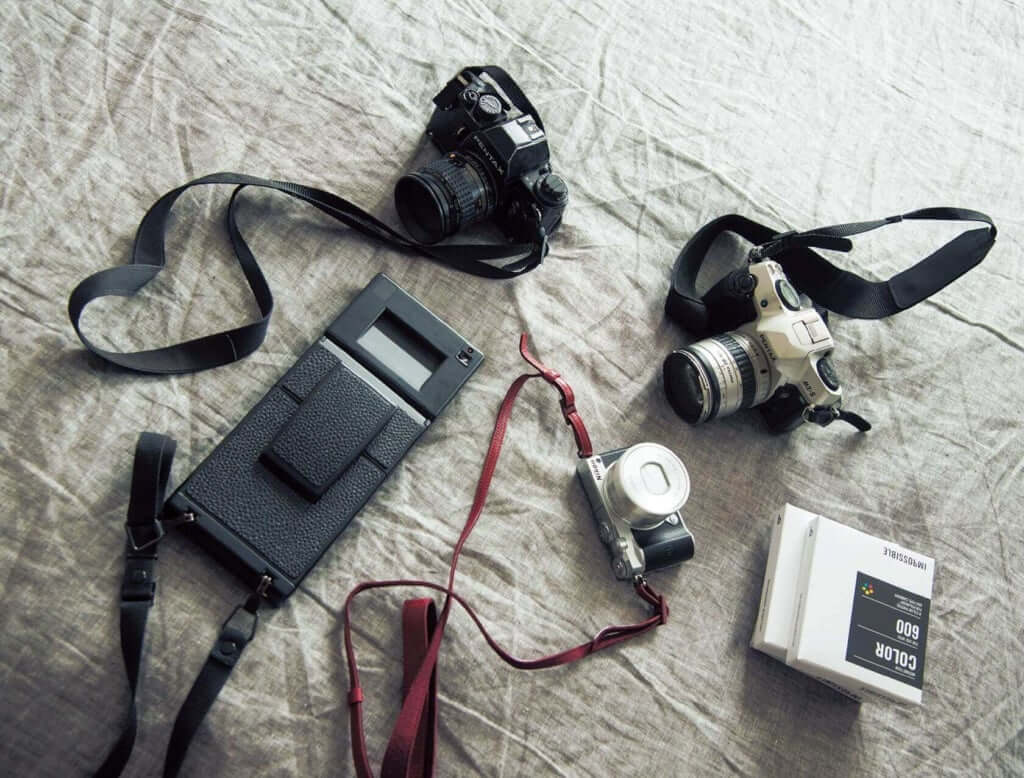 Clockwise from above: the manual focus 35mm SLR Pentax LX, autofocus 35mm SLR Pentax MZ-S, 'Impossible Colour Instant Film for Polaroid 600-Type Cameras', the Nikon 1 J5 mirrorless DSLR and the Polaroid SLR680 instant SLR. The bodies of the cameras, except for the Nikon, are all unavailable now. He also owns many other cameras from brands including Leica, Contax, and Mamiya. He uses different kinds of instant films, including colour, monochrome, low ISO and color frame.

Along with a medium-format Pentax, his primary camera, Araki keeps one autofocus and another manual 35mm, a mirrorless DSLR and a Polaroid SLR on standby. Although they are only part of his collection, one does not often meet photographers like him, who use these many cameras to shoot one model. Regardless of subject, Araki photographic style is to create multiple works simultaneously from a single model.

Araki’s lighting equipment, HMI, brings his unique style of photography to life. Unlike strobes that co-ordinate with the camera shutter, HMI produces hues analogous to natural light. When he changes cameras with HMI, there’s no need to connect lighting equipment. It allows him to photograph with different cameras, including those that aren’t compatible with lighting equipment.

When shooting with a medium-format SLR, Araki fixes the camera on a tripod, so he can take his principal shots from his desired angle. When he runs out of film, he switches to a 35mm, a digital camera, or an instant camera that he has on standby. He then takes photos from different angles to deliver different expressions to his work. The process resembles waves breaking against the shoreline, flowing without pause from beginning to end and setting a tone for his photography. 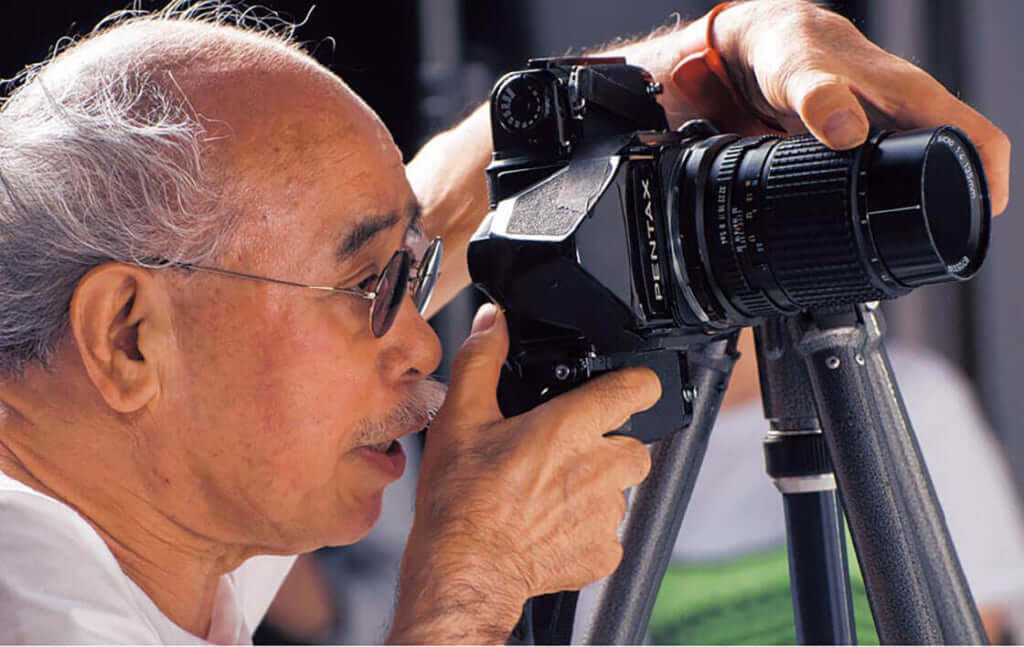 Araki uses the camera as if it were part of his body. With each shot, he calls out to his model, then carefully clicks the shutter. He wears his glasses while taking pictures.

Araki’s photographs, when produced this way, are placed with other work from the same time period, and many are used in new photobooks and solo exhibitions. Through his unique methods, such as cutting and pasting prints and negatives or painting on photographs, he gives birth to new forms of artwork.

This photographic style conveys his subject’s state of mind to the viewer. Araki strives to make these states of mind the core of his mastery. Watching him as he works gives a glimpse of his drive to deliver the highest standards to his unique artwork. 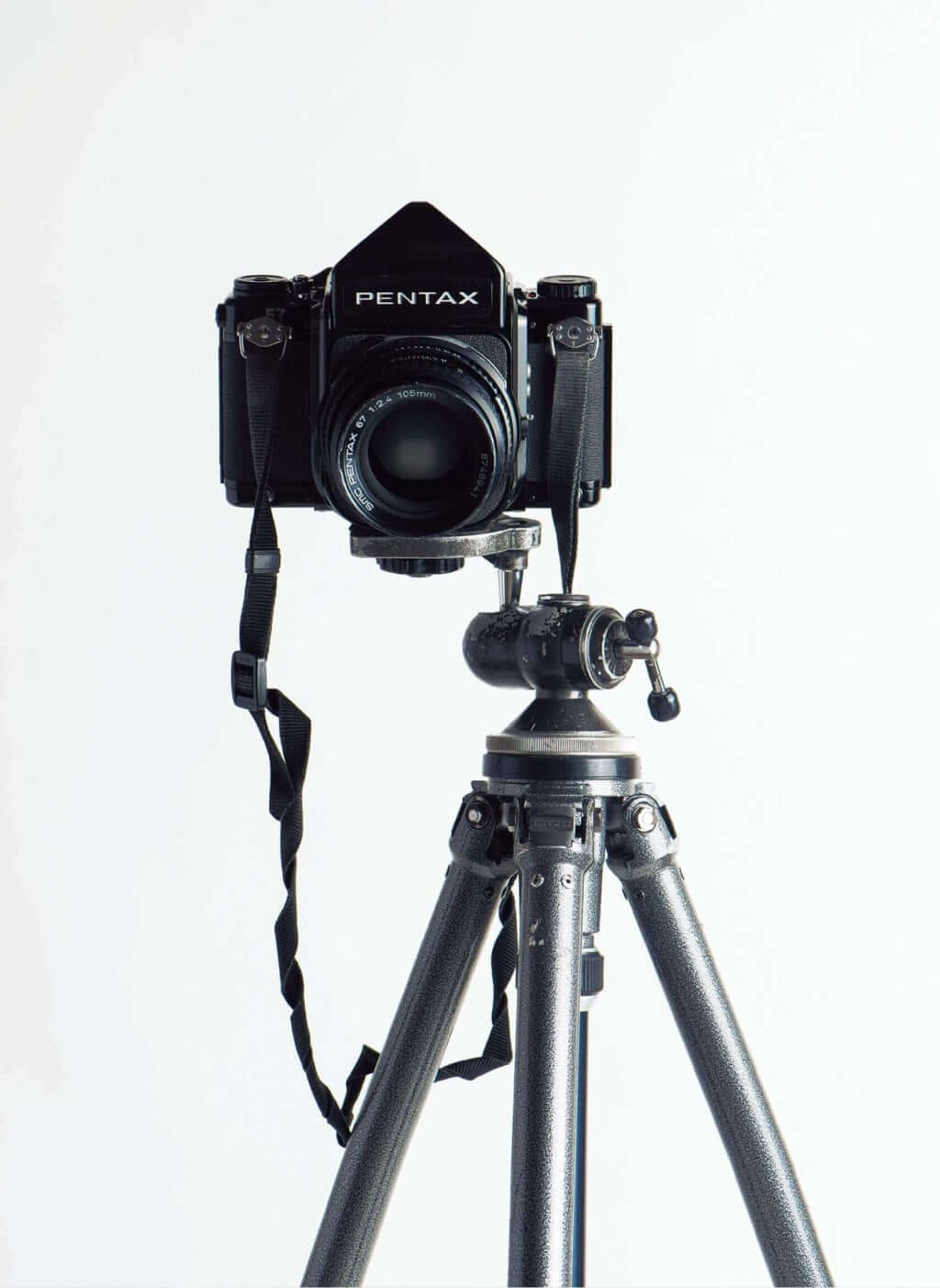 The Pentax 67II, which Ararchy uses often, is his primary tool for studio photography. He loves its big shutter sound. The camera is particularly heavy even for a medium-format model, so he uses a tripod with it.