Through this performance, the artist analyses the way in which a ritual may be revealing of the weaknesses within a society. 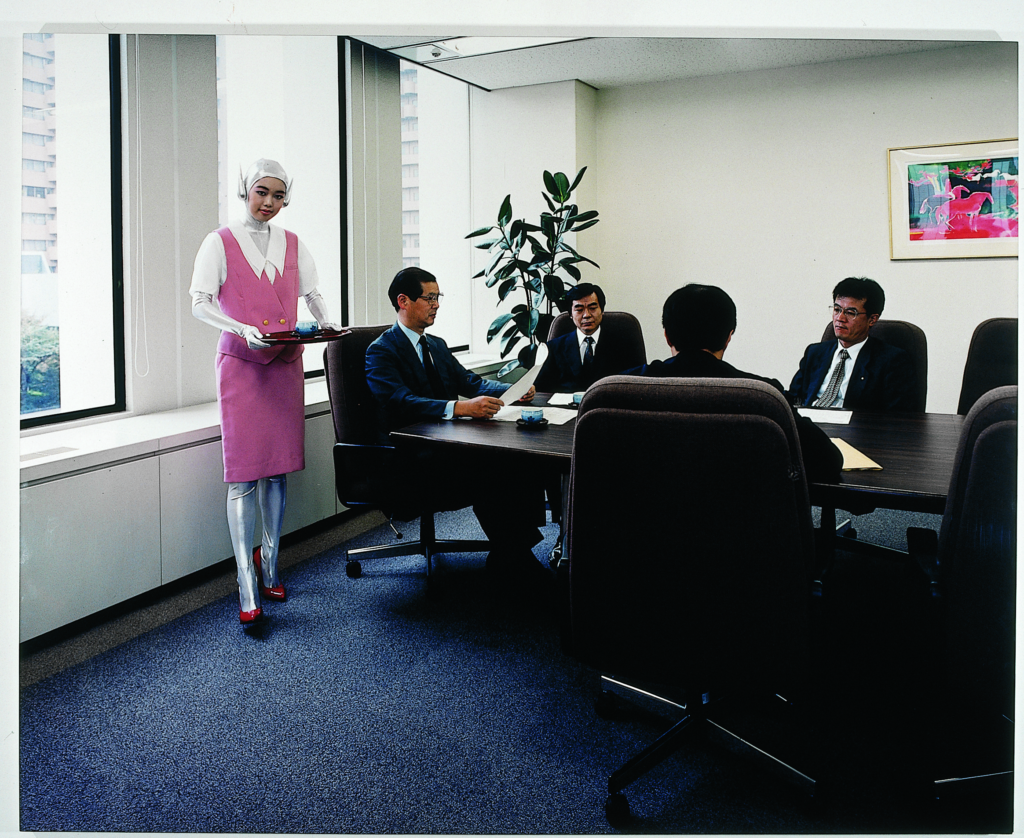 In 1998, during a trip to London, the Japanese artist Mariko Mori came to the sad conclusion that ‘equality for women in the West is much more developed’ than in her home country. In an interview with Pen, she describes how this shock was amplified when, back in Japan, she saw ‘an educated woman who only served tea at the office.’ This would motivate her to develop the performance Tea Ceremony (1994). ‘I thought that this has to be changed, which motivated me to produce this work.’

Born in Tokyo in 1967, Mariko Mori’s practice is mostly developed around installations and sculptures, exploring the themes of life, death, reality, and technology. The artist trained at Bunka Fashion College in Tokyo and the Chelsea College of Art and Design in London, and her work has been presented at the Venice Biennale multiple times. Her work is also part of major institutional collections including those of the Centre Pompidou, MoMA, the Guggenheim, and the Mori Art Museum.

A cultural ritual in Japan, the tea ceremony serves to purify the spirit and is integrated into the practice of zen, a branch of Japanese Buddhism. For many centuries it has been represented in the artistic output of the country. However, as Mariko Mori shows, it also demonstrates a number of macho elements of Japanese society as well as highlights the questions around the role of women. In Tea Ceremony, presented in 2018 at the Nezu Museum in Tokyo, the artist stages herself serving tea in an outfit that resembles both an office worker and an alien. Men are sat around a table having a meeting and ignoring her in a condescending manner. The artist leads the performance to the street, where she calls on the public to engage with this issue that goes beyond simply the professional sphere. ‘It was kind of my protest,’ says the artist.

While over recent decades things have improved slightly, with there being ‘more opportunities for women to be in significant positions,’ the performance is still pertinent. Beyond the macho elements of society, Mariko Mori is interested in the identity associated with gender and its current processes of redefinition. She believes she has acquired significant enough experience to ‘understand that a man and a woman are different, so how we contribute to the society may vary, as our roles could be differentiated.’ But differentiation does not mean subordination. Tea Ceremony aspires to illuminate this issue, ‘to create a better world.’

Represented by Sean Kelly Gallery in New York, the artist has had the opportunity to see her work regularly staged across the globe. Such events include the 58-m tall installation Ring: One with Nature, in 2016 in Rio de Janeiro for the Olympic Games, or Sun Pillar, installed in 2011 on the island of Miyako in Japan. 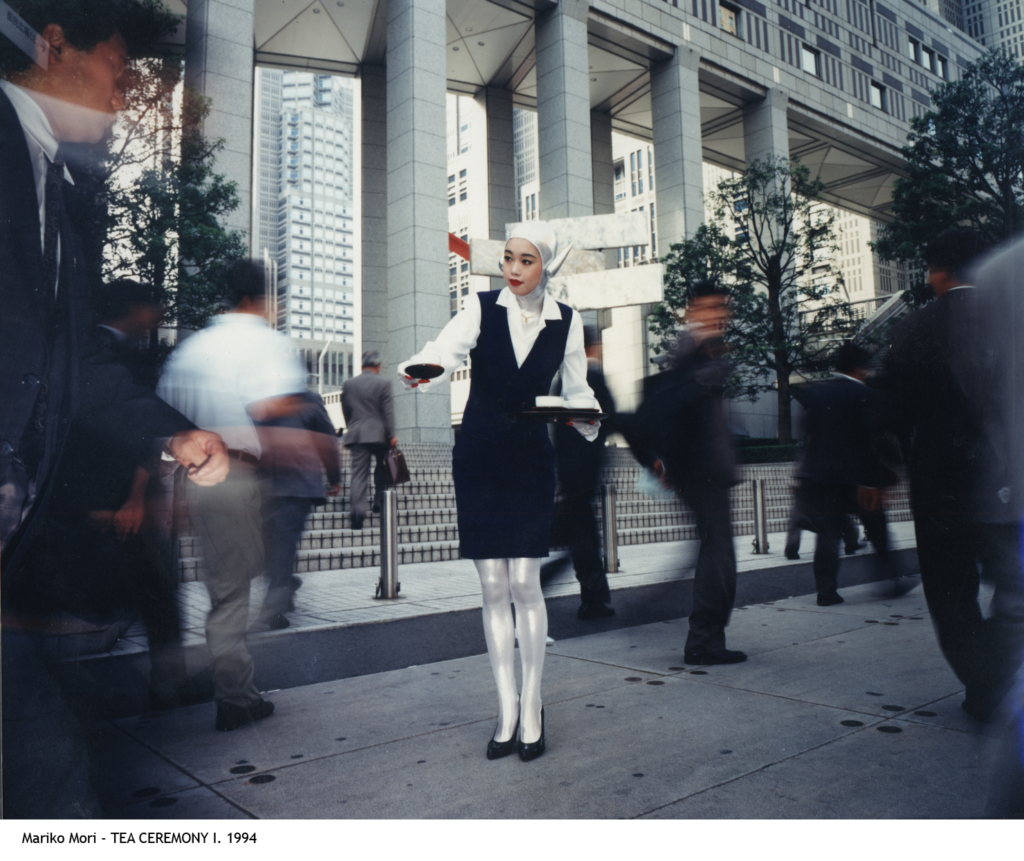 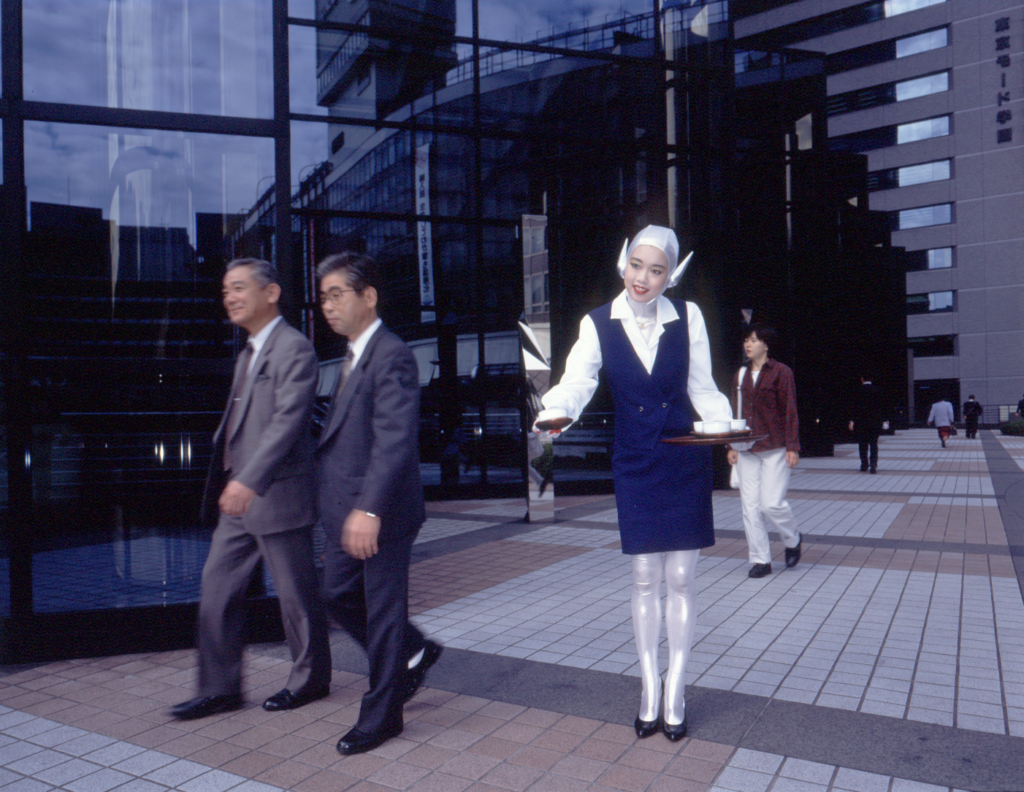 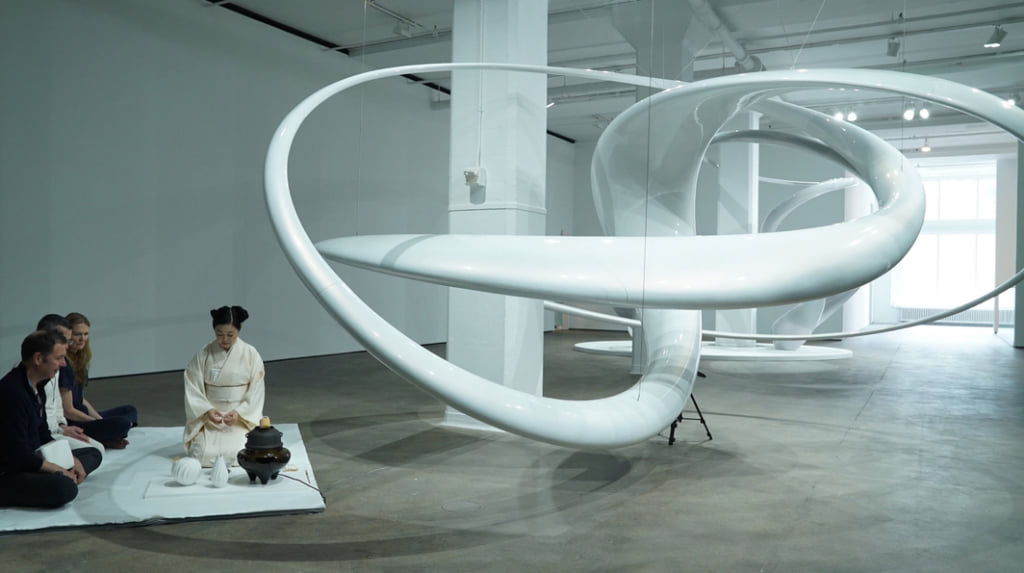