Where Snow Builds Culture, its Melting has an Impact

These images taken by Sho Shibata in ‘Reflections On Tsugaru’ reinvent and go beyond the genre of landscape photography. 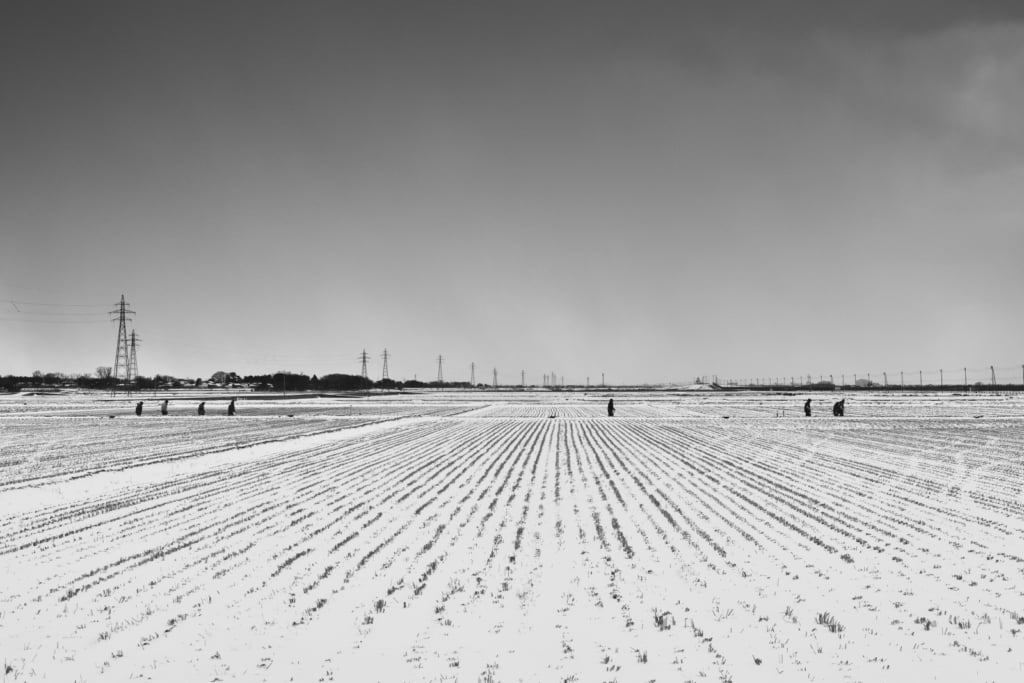 The northern tip of Japan’s main island, Honshu, holds a record. The city of Aomori is the snowiest in the world, with almost eight metres of snow falling there each year. It is in such surroundings that Tsugaru is located; the site of the reflections of photographer Sho Shibata, and of six and a half years of work highlighting the changes observed over time.

Born in 1981 in the district of Minamitsugaru—in the heart of Aomori Prefecture—photographer Sho Shibata has, since the start of his career, concentrated on the landscape in the region, carving out a unique practice.

Snow as a necessary component of daily life

With Reflections On Tsugaru (2019), the artist wishes to go beyond so-called ‘landscape’ photography, to instead ‘capture the climate and atmosphere of Tsugaru’, he explains in an interview with Pen. This mode of seeing a way of life that is adapted to the environment is reflected in black-and-white photographs depicting farmland, abandoned houses, and landscapes shaped by snow and mist. The snowfall in the region, between November and March, conditions a way of living and of approaching life, a ‘wisdom and a culture inherited from ancestors.’

The sky and the horizon swept by the white powder are central in the photographs of Sho Shibata, where only an electric pole or a barrier emerge—photographs of landscapes that touch on abstraction, letting the viewer gain an insight on the daily life of the inhabitants of the region. However, things are changing, and so is the way of life. ‘In bad weather there were days when I couldn’t go out to take photographs, it was snowing too much, but in recent years there has been little snow and spring has come early. I realised that this had a big impact on the ecosystem,’ the artist continues.

This development has concrete consequences for the local populations as well as for the fauna; the melting of smaller quantities of snow leads to water shortages and the premature arrival of spring disturbs the ecosystem. ‘This causes new diseases and problems for the crops. I used to think I would rather live with less snow, but now I am aware that I need this snow.’

In a poor province, where the mortality rate of children linked to diseases and malnutrition is high, the photographer also features Jizo—statuettes that represent a Buddha—distributed for the protection of the population, which have here a very strong symbolism. Over the 112 pages of the photo book, Sho Shibata offers, beyond a portrait of his region, a personal testimony, and like many contemporary photographers, sends out a warning message.

Reflections on Tsugaru (2019), by Sho Shibata, is published by Michioto Publishing. 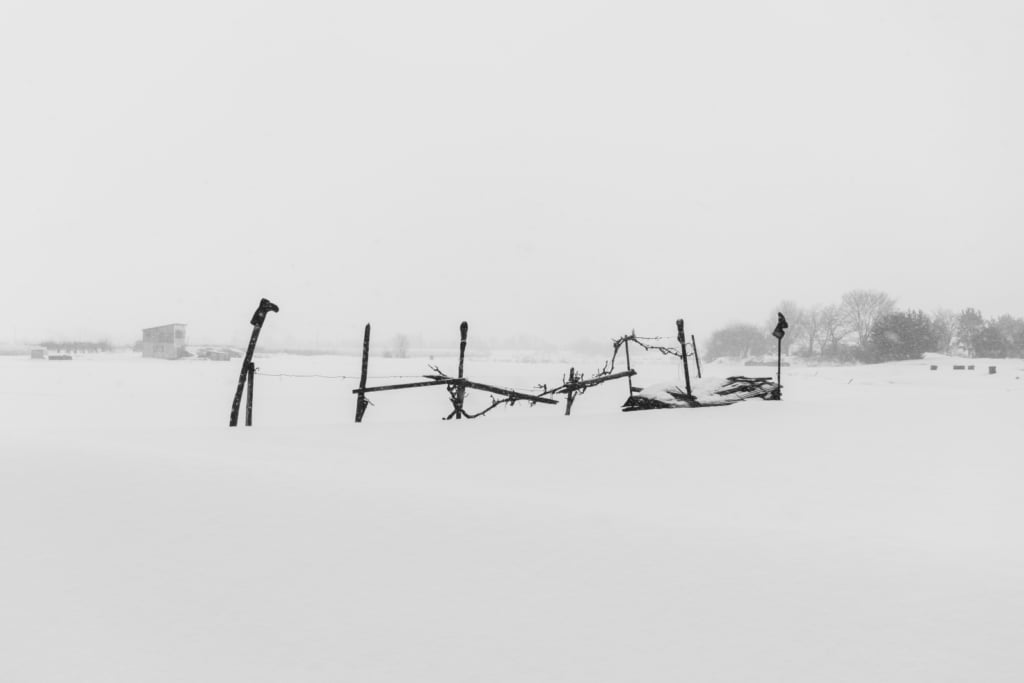 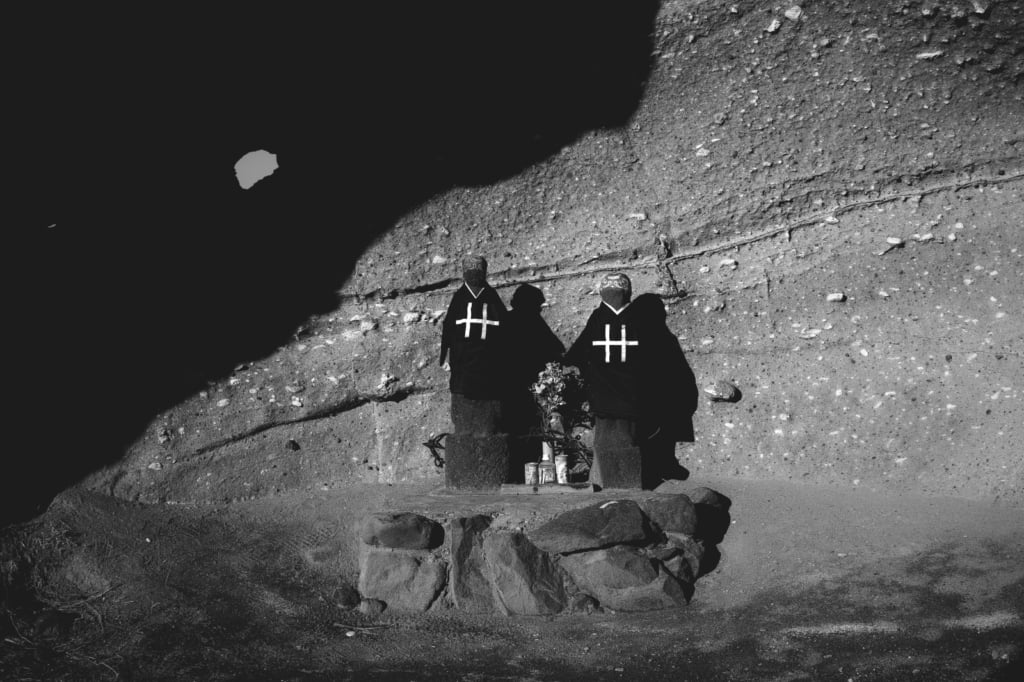 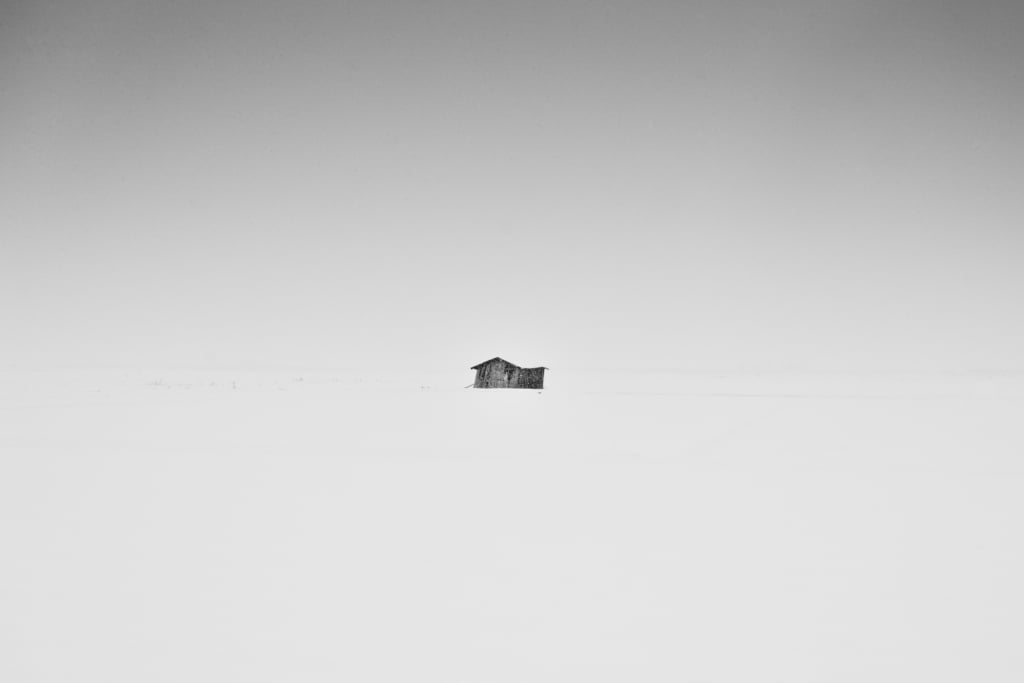 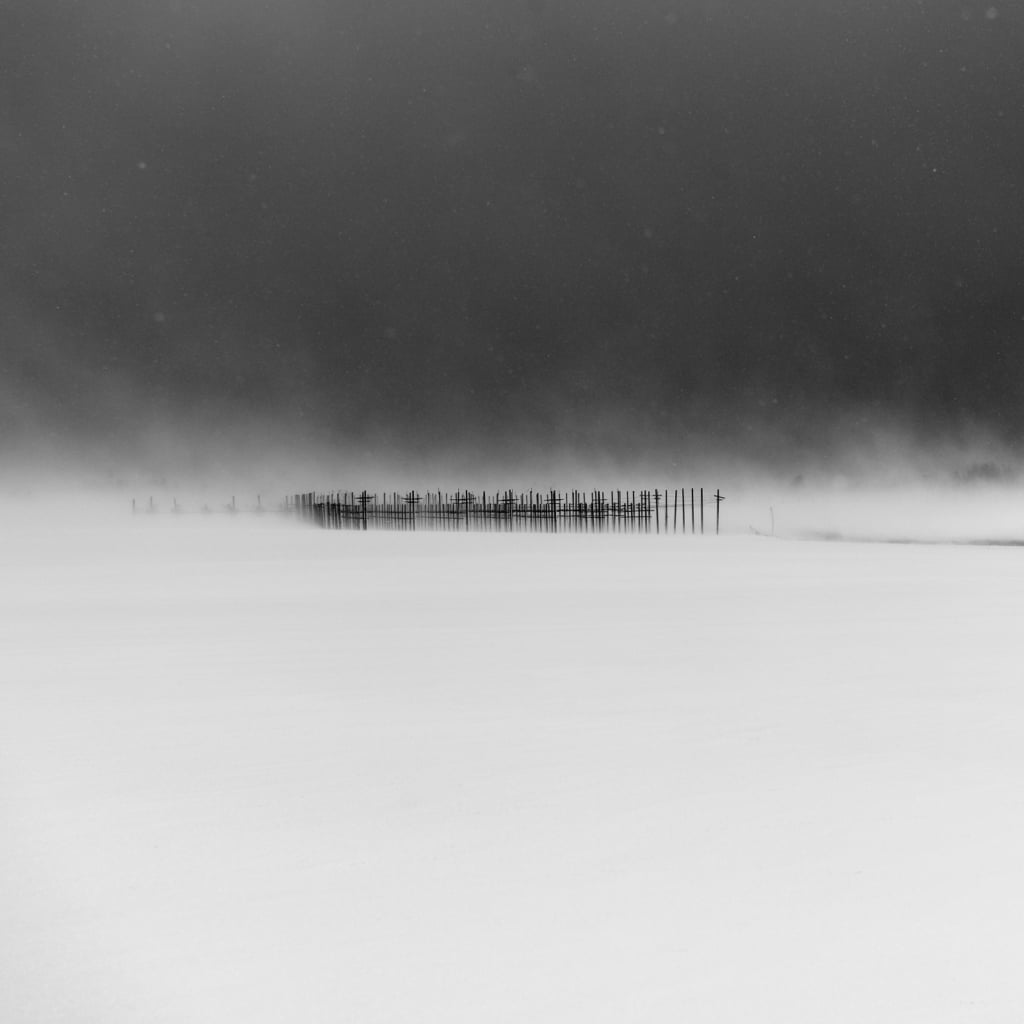 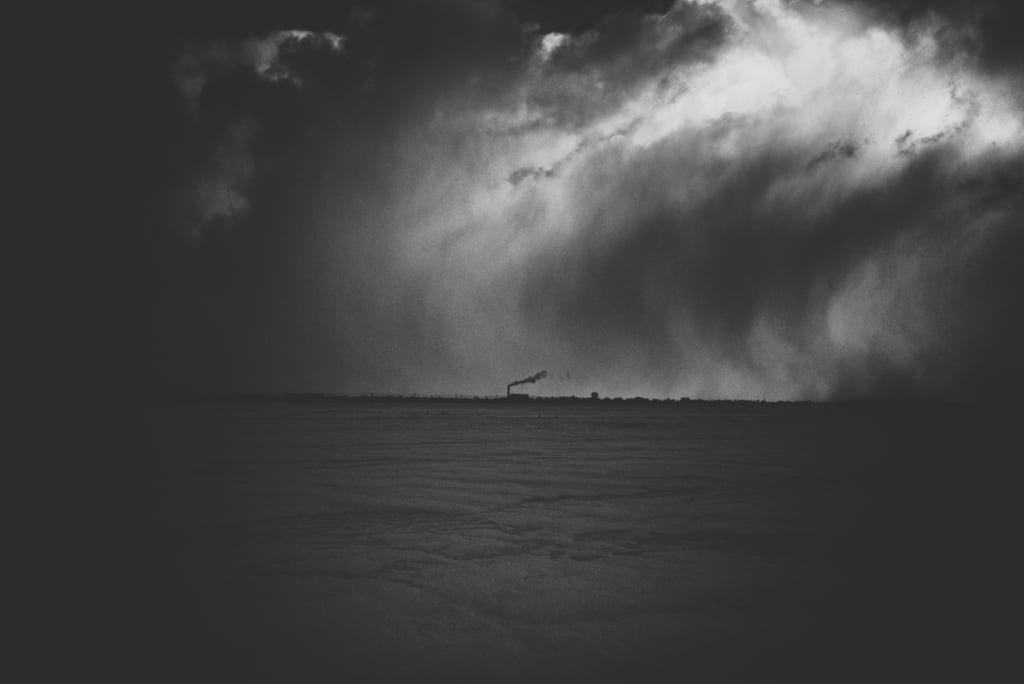 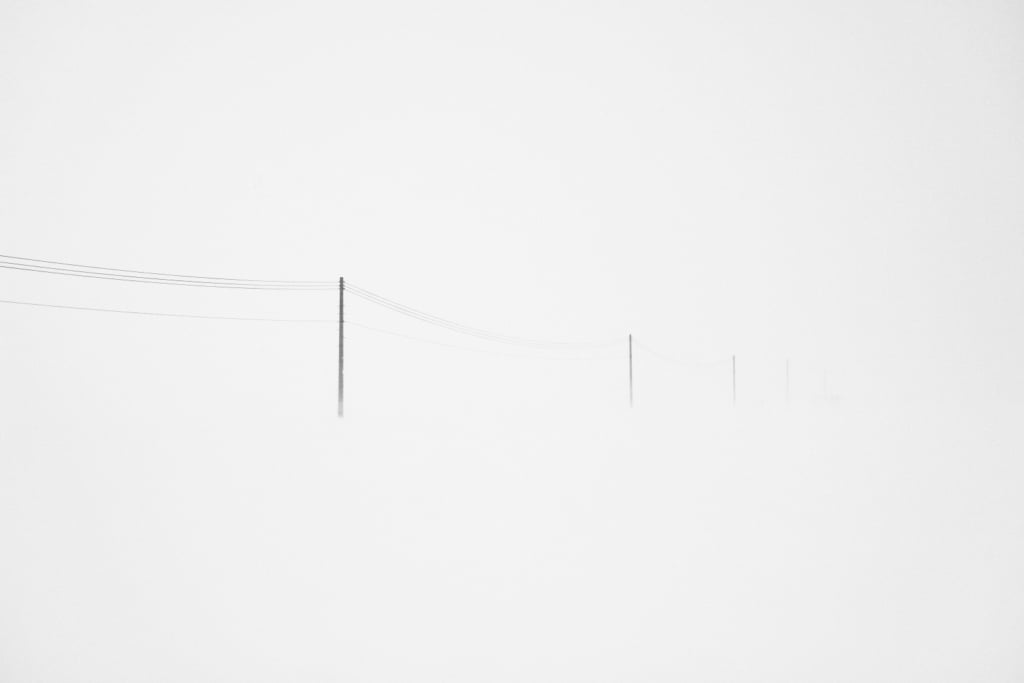 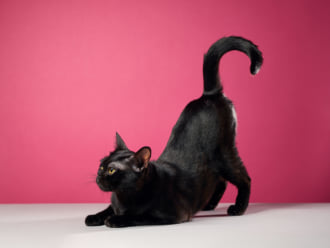 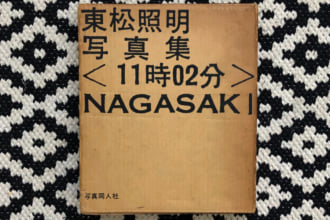 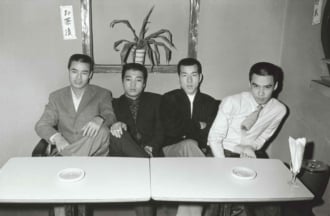 Katsumi Watanabe’s ‘Gangs of Kabukicho’, the Birth of a District