‘I’ve used the flash a lot since the beginning’, Yasuke Yamatani says. His acclaimed first album, Tsugi no Yoru e, featured punks and skaters, establishing him as a photographer with a highly contrasted, edgy black and white style. His style raises questions about how he views his flash as it rips through the dead of night. Into the Light, his latest series, takes an experimental approach that—pardon the pun—could shed light on his process. 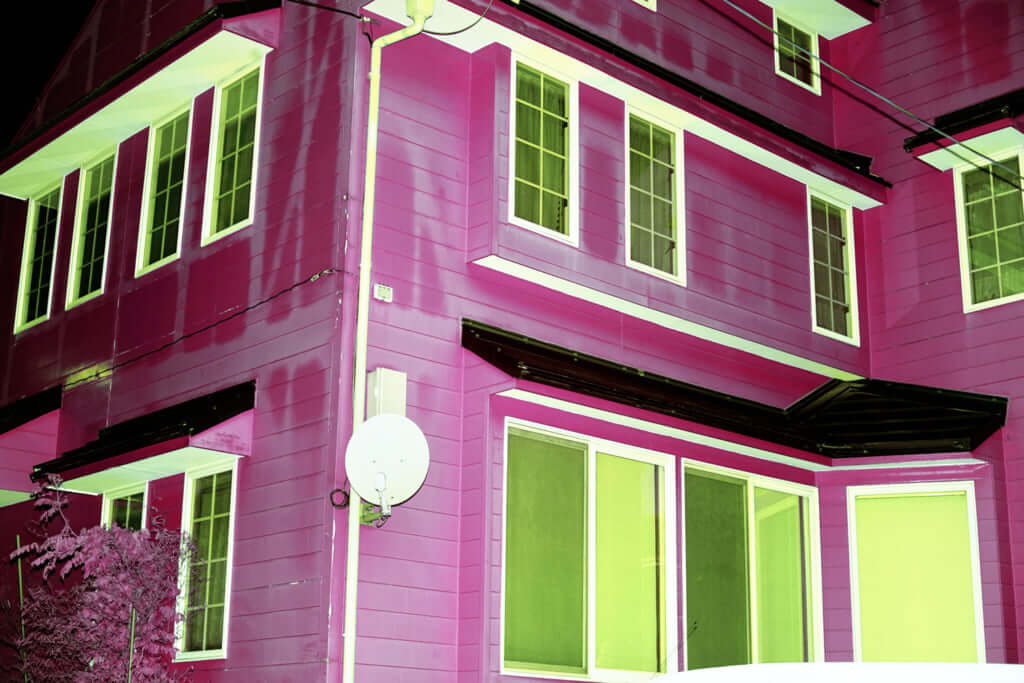 A series that captures homes in residential areas in the middle of the night with an infrared camera. No people were photographed, but you can see the signs of the people who live there from the stains and dirt that have accumulated on the walls over the years. Yusuke Yamatani, courtesy of Yuka Tsuruno Gallery 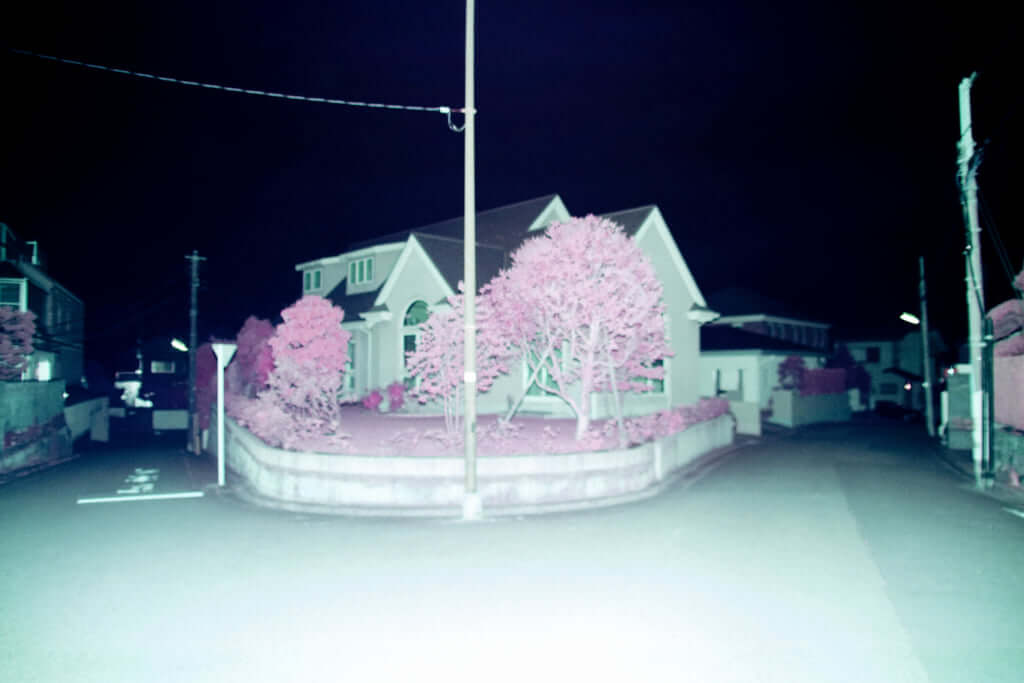 The infrared camera photographs the leaves on the trees so that they appear pink while buildings appear green. These pictures were taken in a suburban neighborhood in Tokyo. These unrealistic colours paint a picture that show us how disquieting modern times have become. Yusuke Yamatani, courtesy of Yuka Tsuruno Gallery

The project carries his signature black and white snap style. It is themed ‘home’, and he uses an infrared camera to bring to life images that the human eye normally doesn’t see, giving rise to distinctive colors like the pink and green that appear in the pictures.

When asked how he pursued a conceptual path to compose his work, he explains, ‘I have a family of my own, so I take an interest in other families. I want to peek into a broader concept of ‘home’. We live in a time when the internet allows us to catch glimpses of other people’s lives. I want to express that’.

Kohei Yoshiyuki employed similar methods for his work Document Park. From the cover of a voyeur room, he photographed couples locked in embraces outdoors in the park with an infrared camera. It’s a method that makes it possible to see into the mystery of the darkness and safely mingle with the prospect of danger.

‘A tension arises from the possibility of being seen by your subjects’, Yamatani says as he reflects on the moments a flash would go off in the dark hours of the night. At these moments he was keenly aware of the act of clandestine photography.

This series, combining the brightness of the flash and infrared images, exposes the relationship between seeing and being seen—an excessive display of people’s personal lives compared to the past. 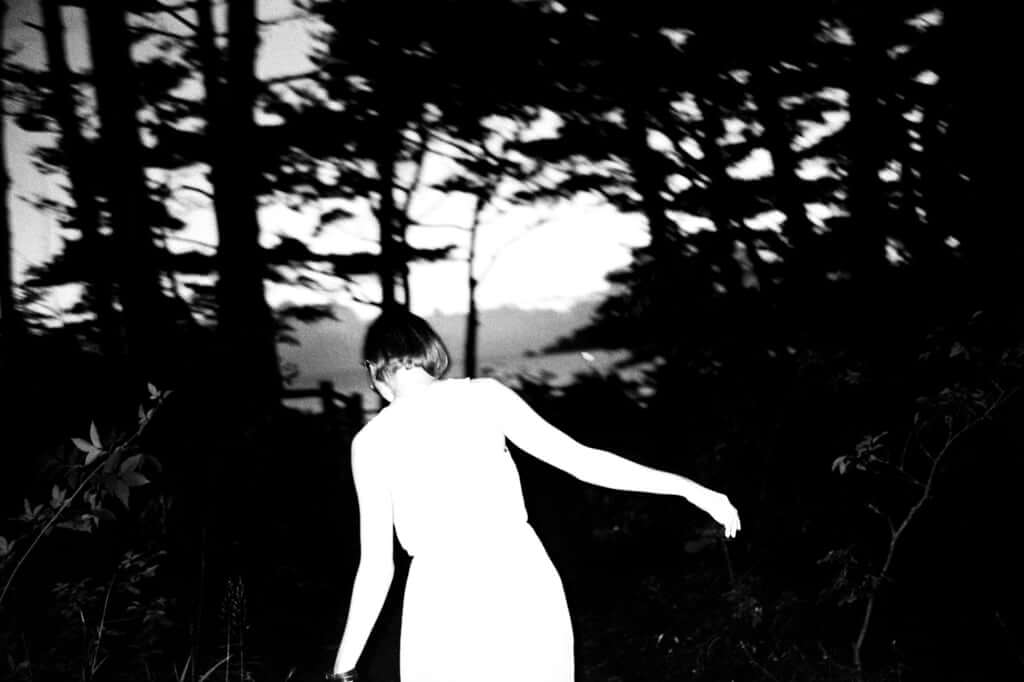 A photograph from a series documenting his honeymoon as he travelled with his wife down the length of Japan from Hokkaido to Nagasaki. In contrast to Nobuyoshi Araki’s 'Sentimental Journey', this lively picture has a rhythm that hops. Yusuke Yamatani, courtesy of Yuka Tsuruno Gallery 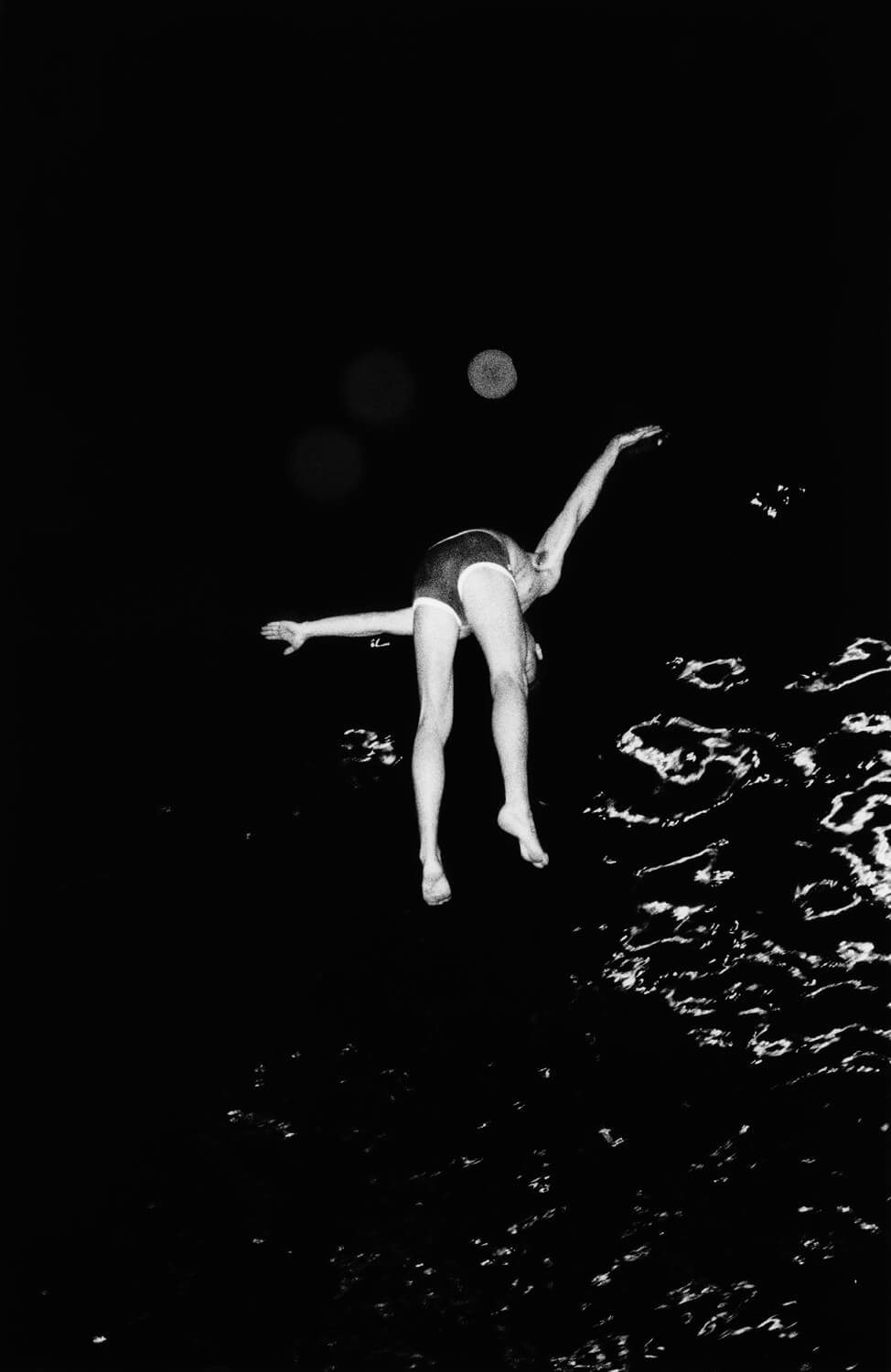 This photograph epitomises his series of pictures of young people the moment they dive from the bridge into the Dotonbori river. The meaningful title is taken from the title of a song by the band, Yurayura Teikoku. Yusuke Yamatani, courtesy of Yuka Tsuruno Gallery 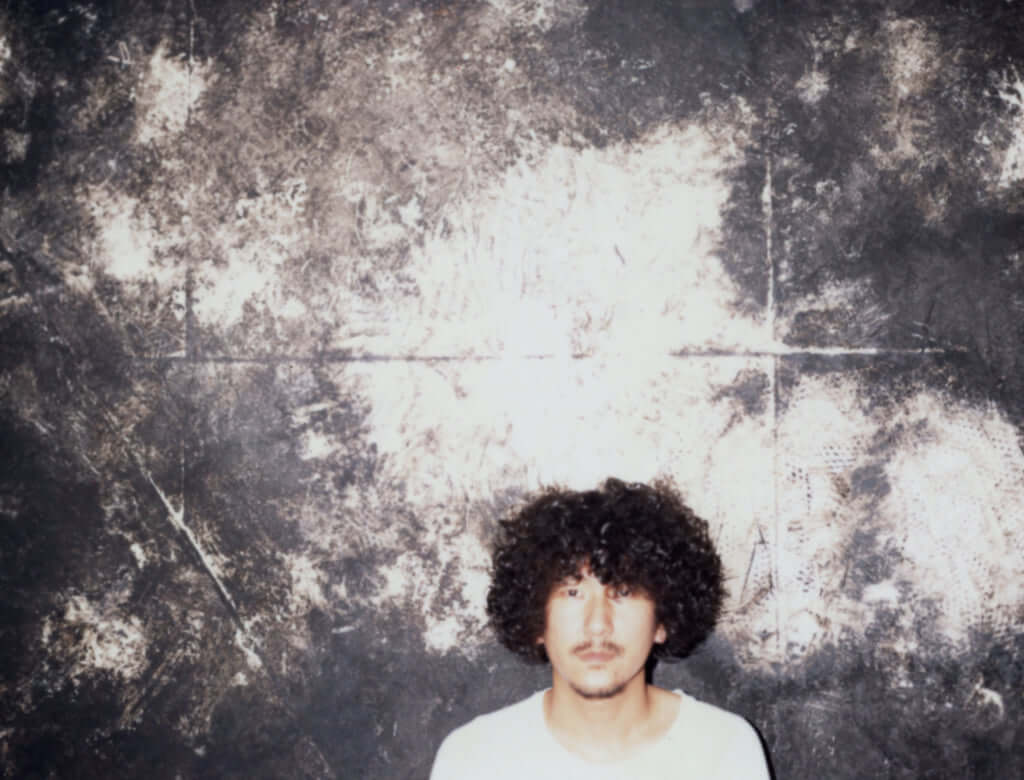 Born in Nigata, 1985, Yamatani’s seminal work can be seen in 'Ground' (lemon books) and 'Into the Light' (T&M Projects). He has an exhibit scheduled in June at the Yuka Tsuruno Gallery.