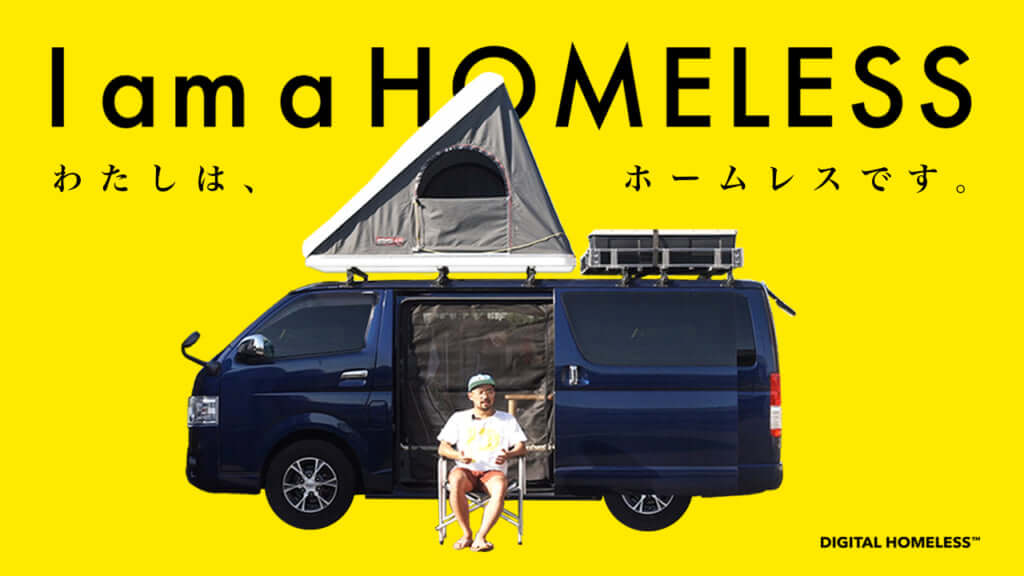 At some point, everyone has dreamt of living life in the back of a van and cruising the world. Some have taken the leap, including Yohei from Japan, who shares his day to day, as well as top tips for aspiring nomads, on his Youtube channel Digital Homeless Yohei. While Japan is frequently visited by train or by bus, having your own van allows your to explore the most remote parts of the country that are often difficult to access by public transport. This might include the Iya Valley with its winding mountains and suspension bridges. Between two trips across the length and breadth of the country, Yohei spoke with PEN about living life off the beaten track. 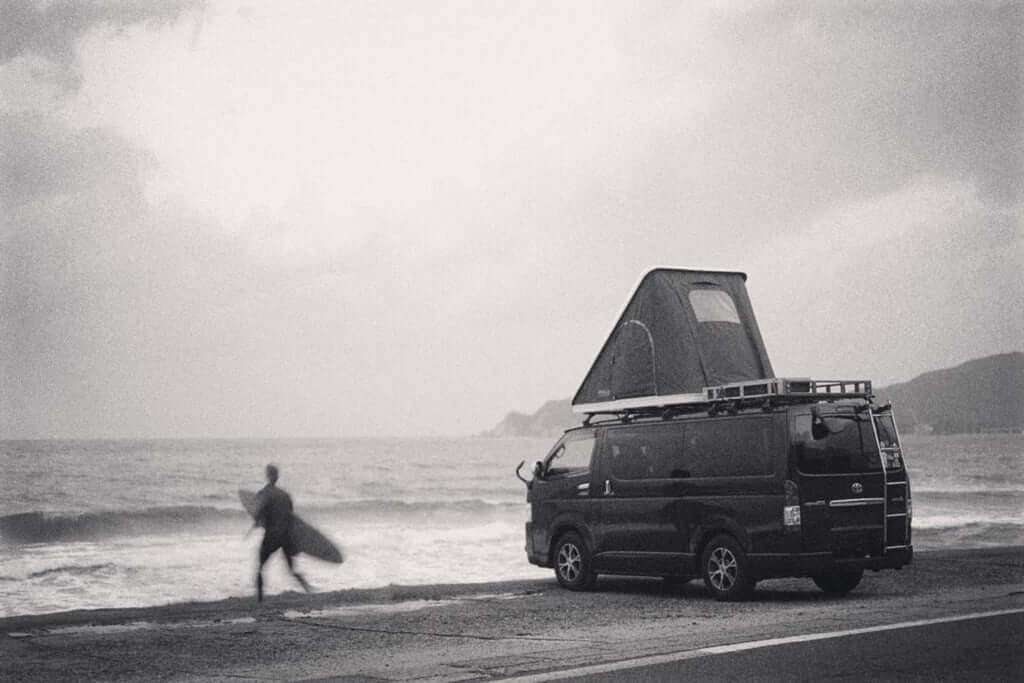 Van life is a dream for many, but only a few are able to get out of their comfort zone and take the next step. What led you to transition from sedentary life, to nomadic life?

After having graduated from university, I began working in the hotel industry, but beyond the friendships I made, and the welcoming atmosphere at the company, I was depressed. For the first time, I realised that my work-life balance wasn’t that which I had hoped for. I left my job soon after, and I ran out of money. For a while I spent some time sleeping on my friend’s sofa, but one night I ended up sleeping under a bridge. I was lucky enough to receive a phone call one day, from someone I didn’t know, offering me some money in return for some photographs. Photography had only ever been a past time for me, but I accepted the job, because I needed money. Looking back, this was a major turning point for me in my life, even at the time I was only able to think about the grocery shopping I’d be able to do once I was paid. I was living in Kobe, but the shoot was due to take place a week later in Tokyo. I didn’t have enough money to pay for a train ticket, I decided to bike to the capital, taking the time to stop at various points along the route and play tourist. It was then that I realised that it wasn’t the destination that mattered, but the journey. From here on, the photography jobs came in thick and fast and I soon had the money to buy bus tickets, but the journey without detours quickly became boring. Instead I bought a car so I could stock my photography equipment, but soon it became the place where I spent most of my time. I even ended up installing solar panels in order to be able to have electricity inside the car. 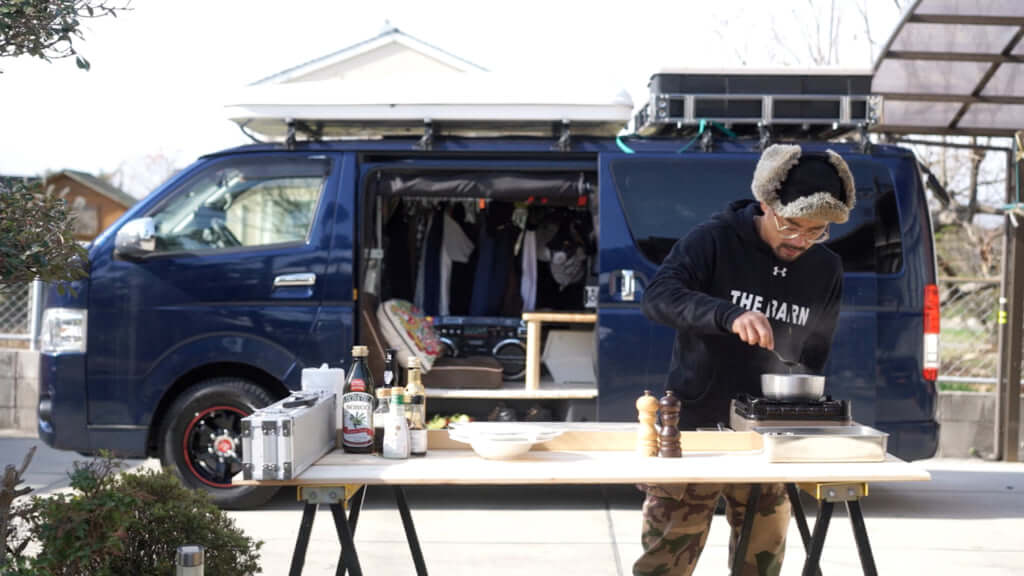 How did you discover the concept of van life?

It’s a pretty popular concept in Japan, especially among the retired population, and also to a lesser extent among young people. I was researching it on the internet and it appeared to be a way of life that would suit me. I came across stories of van travellers in Europe and the USA, but I wanted above all to live and work in Japan. I equipped the van with everything I needed, my minimalist lifestyle is well suited to life on the road in Japan, all I need is my photography equipment, my surfboards, my kitchen, my desk and my bed. It’s pure joy.

What do you enjoy most about your nomadic lifestyle?

I love falling asleep in my van listening to the noise of the waves and contemplating the starry night sky, as well as the small sip of Japanese whisky I pour myself in the wooden bar that I’ve set up in the corner of the bedroom.

What does an average day look like for you?

I only use an alarm clock on very rare occasions, I prefer to wake up with the first rays of sunlight. I normally start the day with a surf session and then I get to work, either in my van or in a café when I need a better internet connection in order to send off files. In the evening, I’ll try and get another surf in before dinner. At the end of the day I’ll hit the road to get to my next shoot and I’ll sit out on the wooden terrace or on the roof of the van before heading to bed. 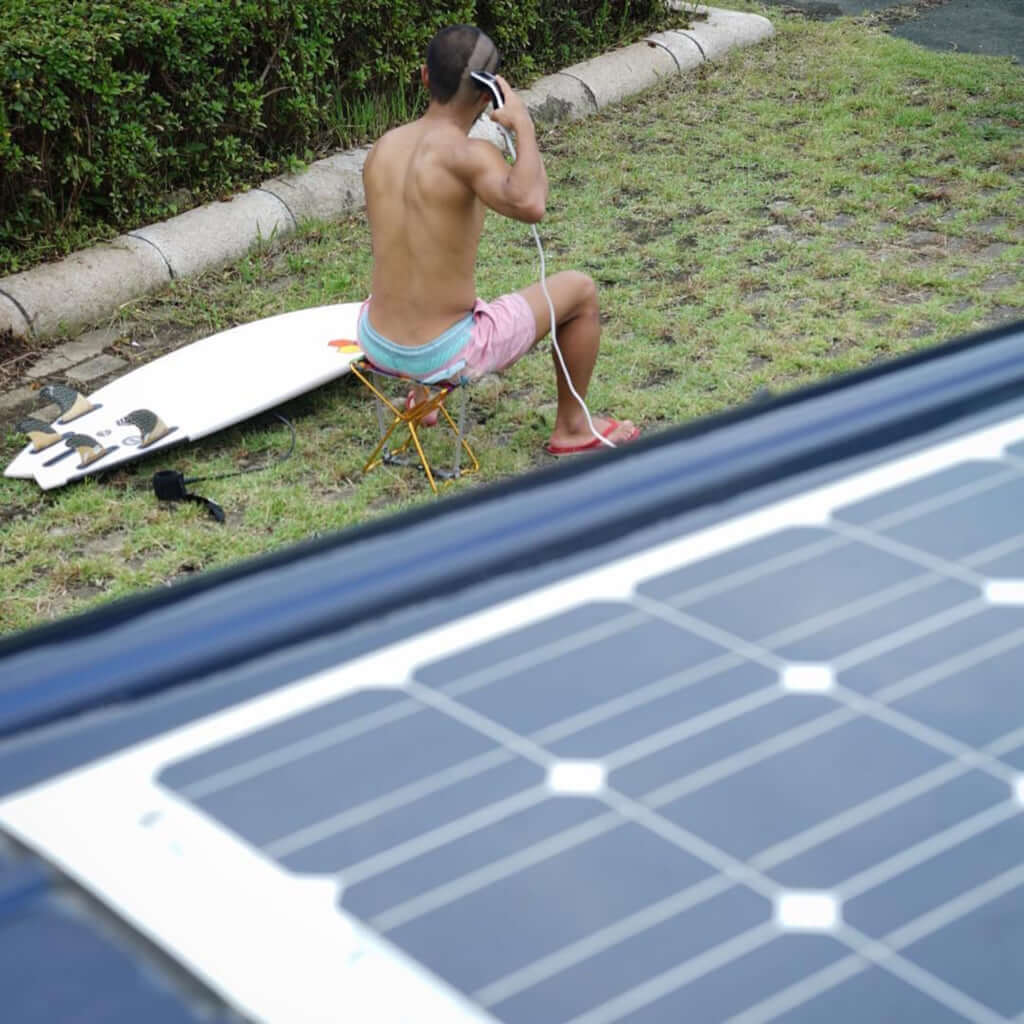 What does your lifestyle represent in contemporary Japanese society?

To have a sedentary life, to marry and have children, etc, is a very popular way of life in Japan. On the other hand, my less stable lifestyle invites some criticism, but it doesn’t bother me, I can see Japanese society remains very conservative and relies on a lot of traditional values, but I am very fulfilled at the moment, and I wouldn’t give up this lifestyle for anything. I am free to discover parts of Japan that are still completely untouched, I get to immerse myself in nature, miles away from the cities.

Where do you see yourself in a few years?

While I appreciate minimalism, I realise that my van is filling up with objects that I’ve accumulated over the last five years. I’d like to expand my living space and maybe invest in a container truck. Containers are easy to organise. I’d like to install a tatami space for tea ceremonies and pierce holes in the bedroom in order to continue to wake up with the sun. I realise these dreams are within reach, so I suppose I could do this tomorrow. 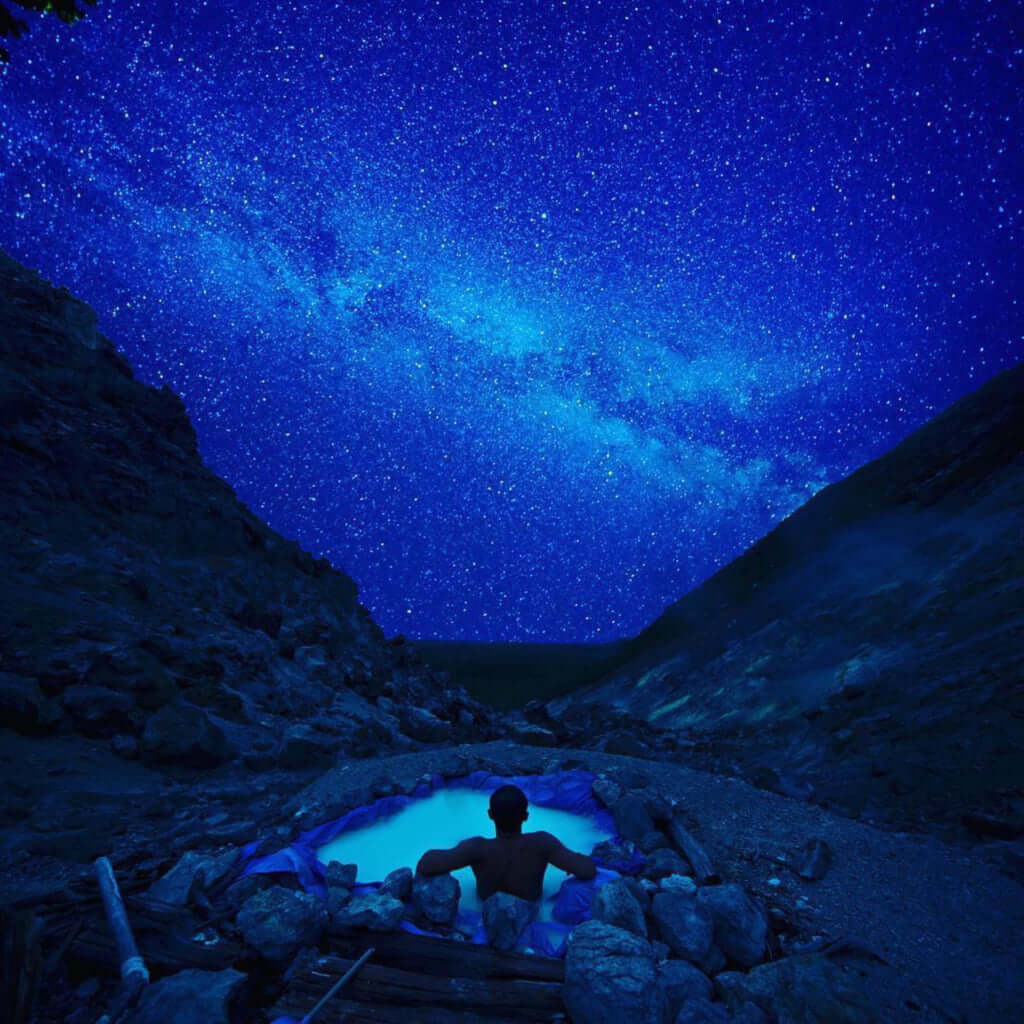 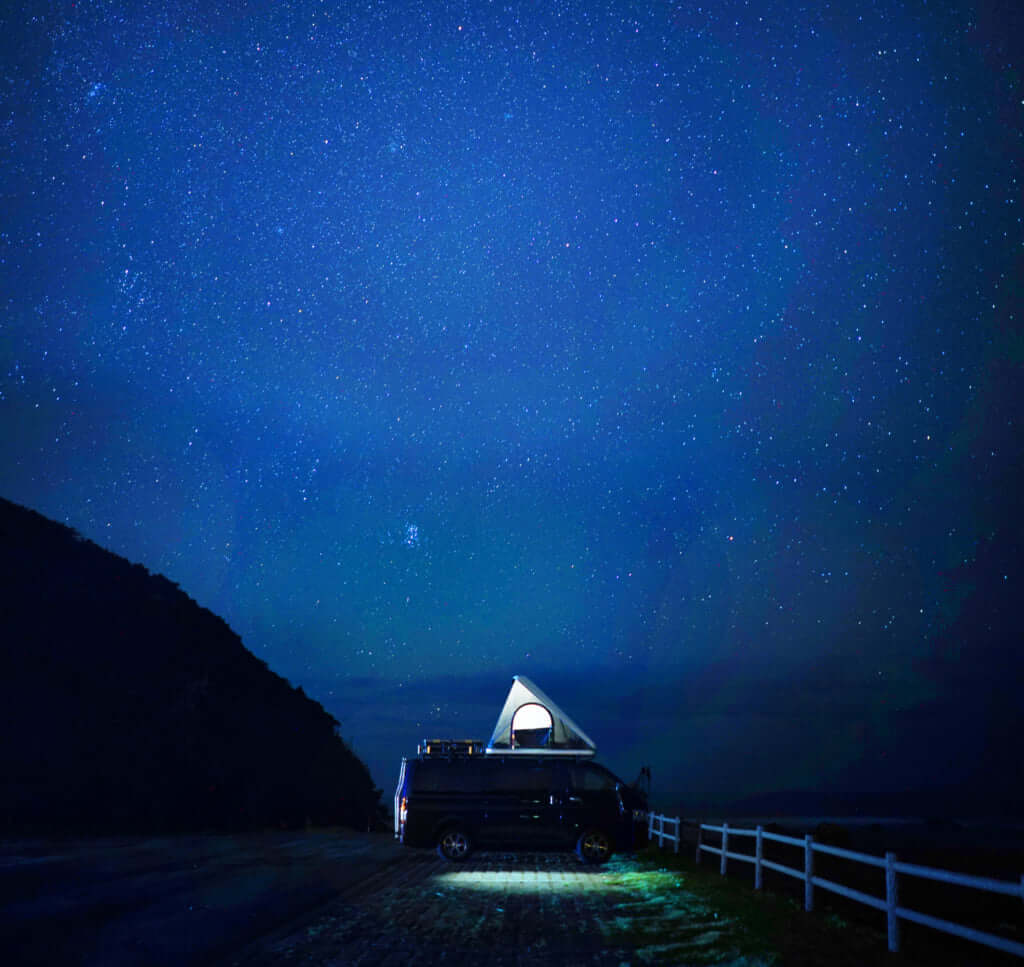 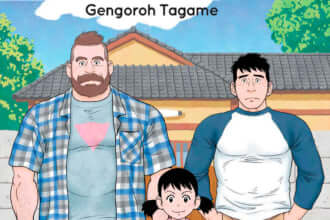 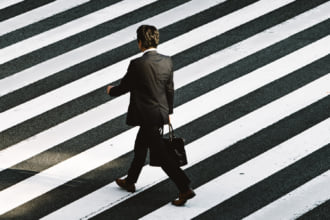 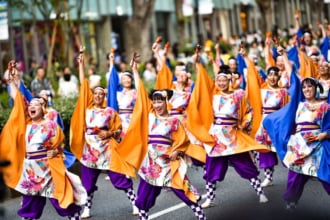