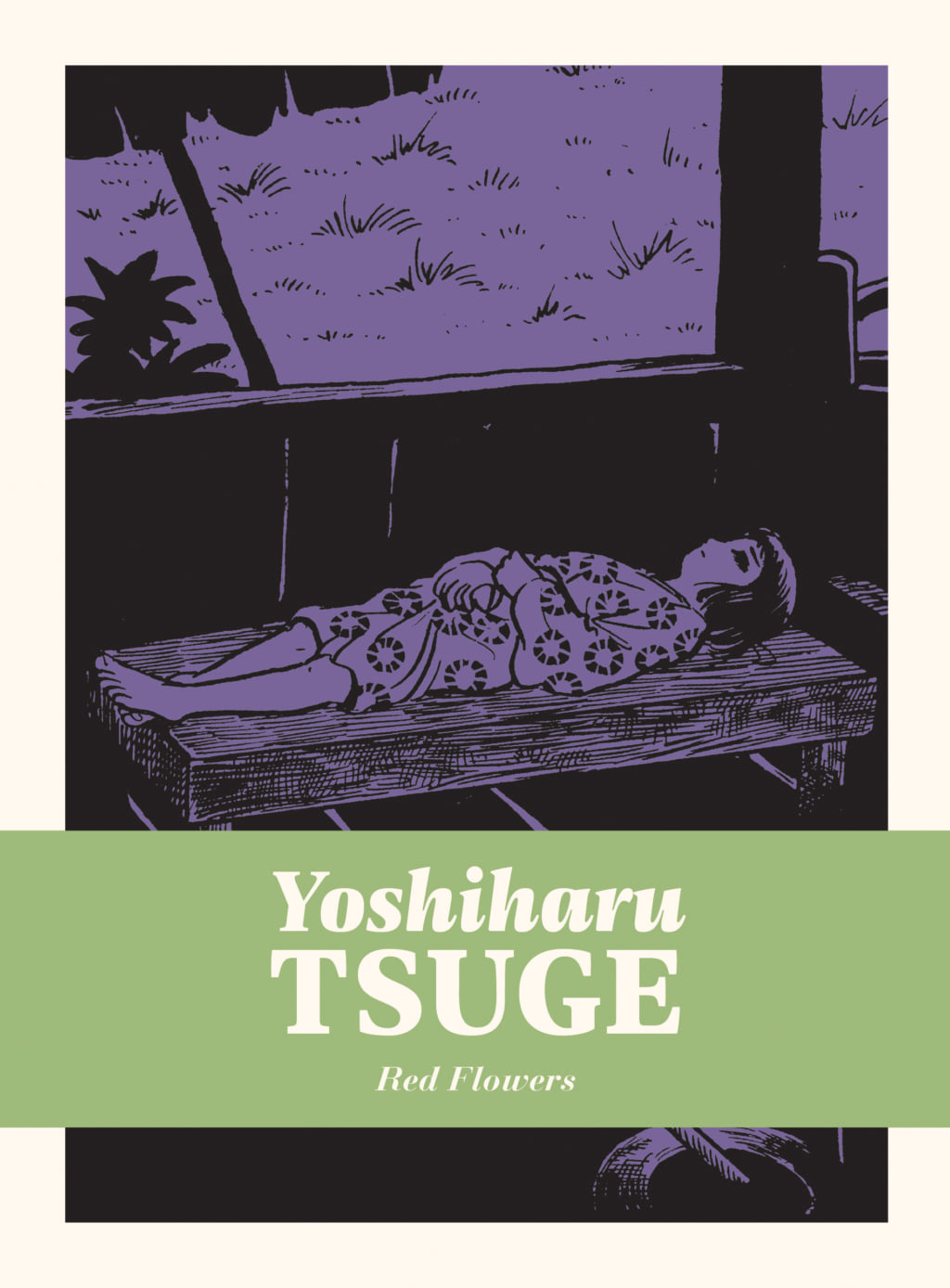 As the interior lives of Yoshiharu Tsuge’s characters blossom through fleeting narratives, the rustic landscapes framing them also seem to come alive.

Compiling the groundbreaking stories of his early work, The Swamp and Red Flowers depict the atmosphere of postwar Japan in quasi-documentary detail. With their rural dialects and dingy tatami-matted inns, interactions in these manga are often humorous, but each panel’s atmosphere, as piercing as a haiku, works as part of a mysterious existential inquiry. Steeped in surrealism, the wandering characters re-examine native traditions in a time of change. Meanwhile, the peculiarity of Yoshiharu Tsuge’s approach, ultimately re-defining manga as a serious art form, establishes him as a decisive figure within all of Japanese counterculture.

The Kafka of gekiga

An essayist as well as a visual artist, Yoshiharu Tsuge’s career began in the mid-1950s with the influence of Osamu Tezuka’s popular comics, as well as the cinematic suspense of Yoshihiro Tatsumi and Masahiko Matsumoto’s gekiga (a genre of ‘serious’ manga aimed at adults). Struggling with depression through the 1960s, he even momentarily dropped his own work to assist Shigeru Mizuki in his time of popularity.

As a member of the revolutionary underground manga anthology Garo, Yoshiharu Tsuge published the critical one-shot Nejishiki. It was an absurdist masterpiece of a boy, wandering aimlessly around a war-torn background to find a a doctor who can fix his severed artery after being bitten by a jellyfish, and remains a timeless cult-classic that shocks readers through its ambiguous imagery and nihilist tone. Yoshiharu Tsuge’s work has won retrospective awards, like the Japanese Association Grand Award in 2017, and was revered at the prestigious Angoulême International in 2020. English translations of his stories in The Swamp (2020) and Red Flowers (2021) have been finally produced in long-awaited publications by Drawn & Quarterly, yet much of Yoshiharu Tsuge’s work was still overlooked in his time.

Back when its culture was still in its infancy, manga was considered to be for children, and artists, strapped for cash, often tried to please the public by treating it as lighthearted entertainment. But the plot-lines of The Swamp and Red Flowers—a fourteen year old girl reaching puberty, a young couple making a suicide pact, a struggling samurai who must deceive others for money—distilled both the suspenseful grip of literary genres and the restraint of wabi-sabi poetics into cartoons. Influenced by both a rising domestic tourist industry and the proliferation of related photography, the realism of Yoshiharu Tsuge’s rural landscapes acts as a personal travel diary as much as documentation of diminishing Japanese traditions.

With a bohemian decadence and sense of desperation akin to author Osamu Dazai, the moods of Yoshiharu Tsuge’s work are charged with tension, dreaminess, and a mysterious eroticism, weaving elements of classical literature into his creations. As many of his autobiographical works reflect his struggle as an artist, his panels serve to break down the human psyche. Delivered in gritty illustrations are profound, reflexive ruminations on what it means to be an artist by an individual who revealed manga’s true significance to the world.

The Swamp (2020), a manga by Yoshiharu Tsuge, is available through Drawn & Quarterly.

Red Flowers (2021), a manga by Yoshiharu Tsuge, is available through Drawn & Quarterly. 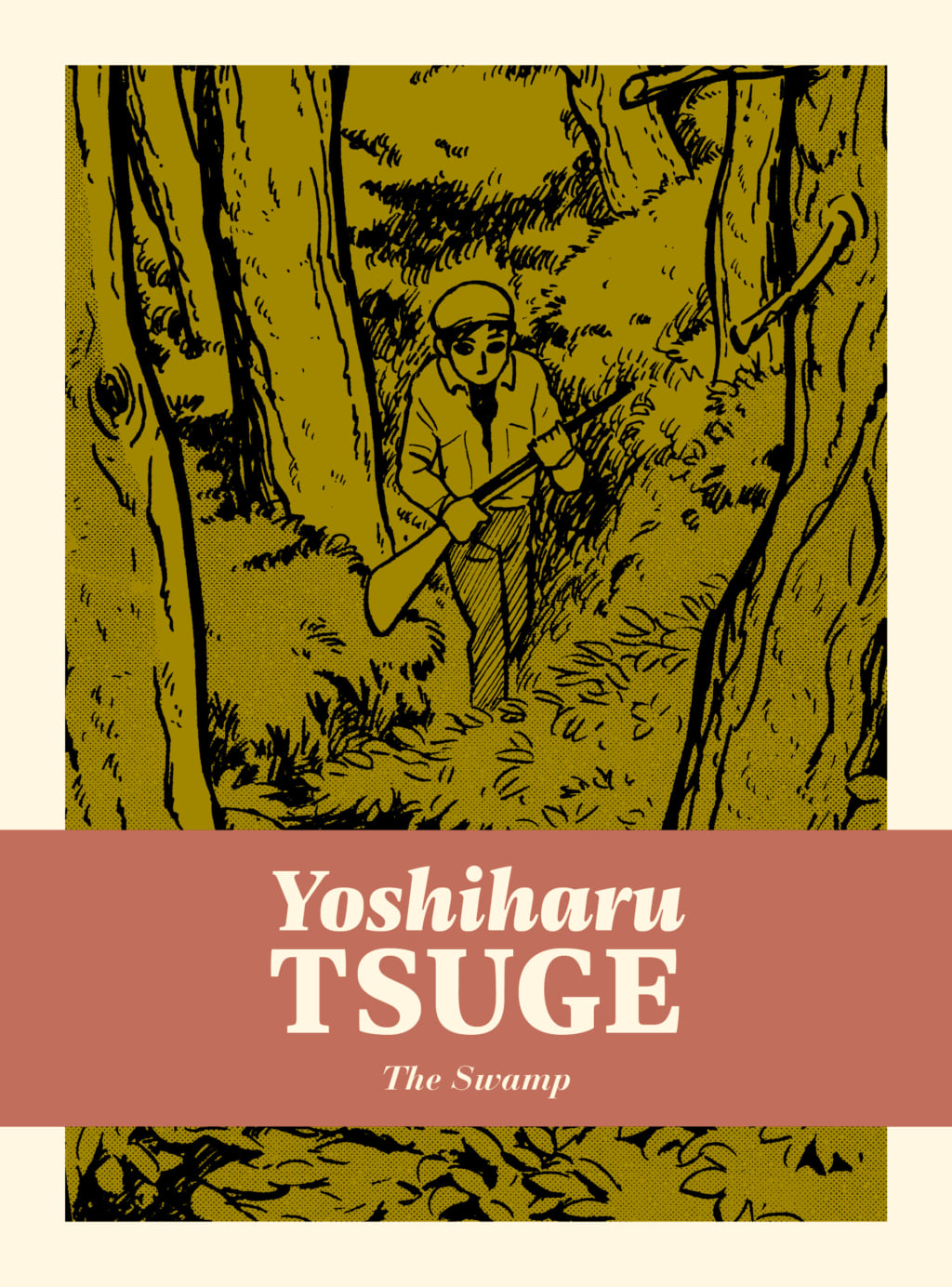 ‘The Swamp’. Courtesy of Drawn & Quarterly 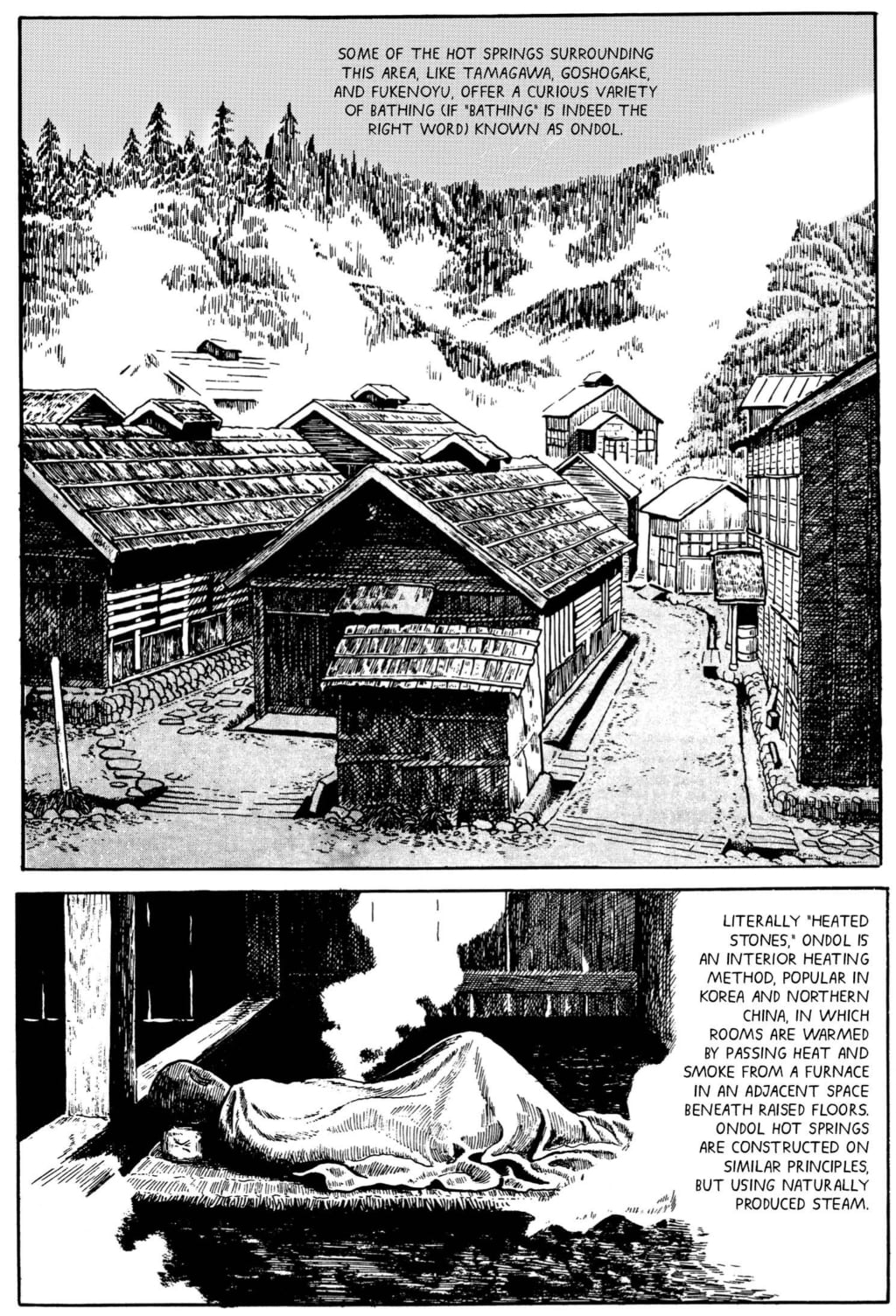 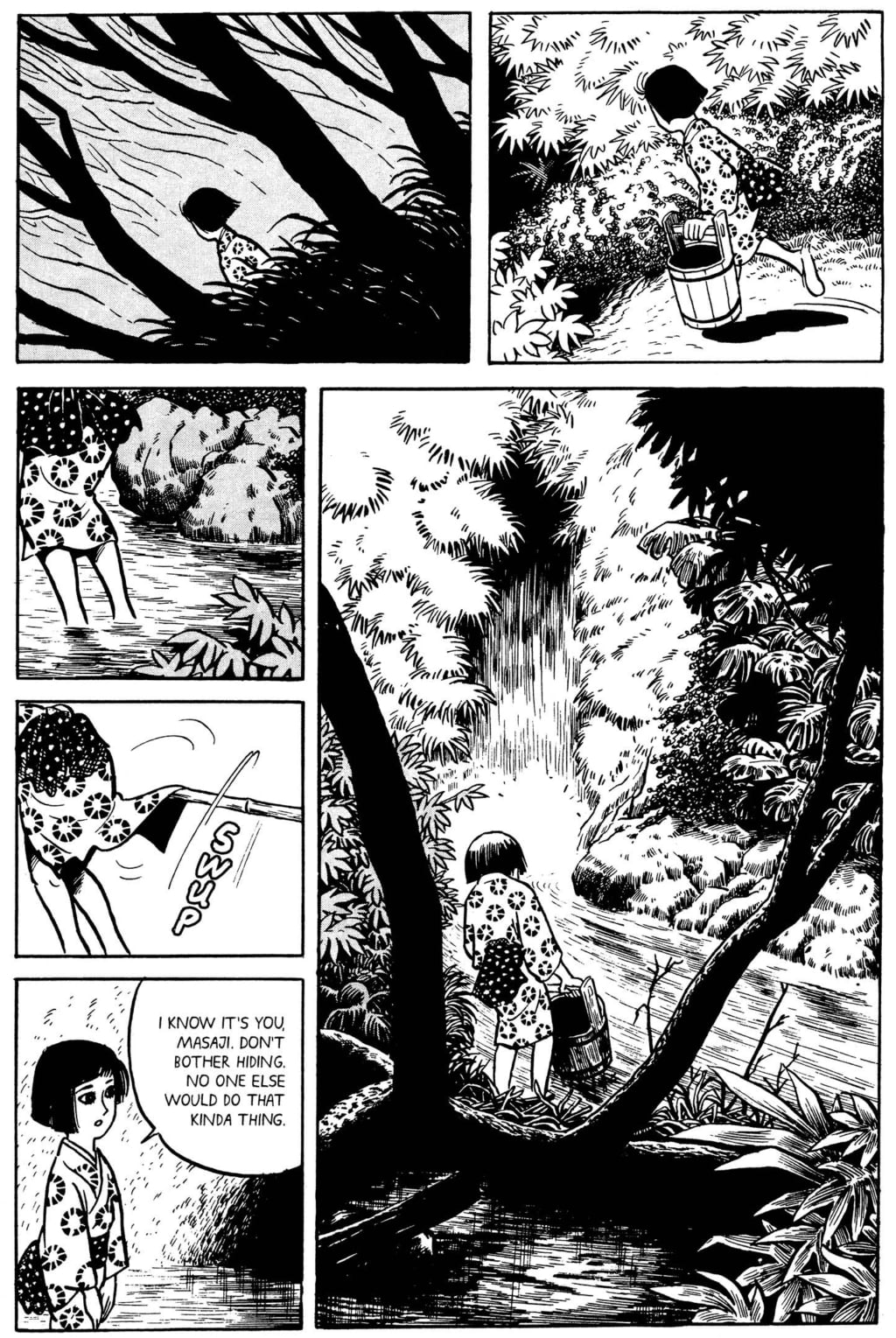 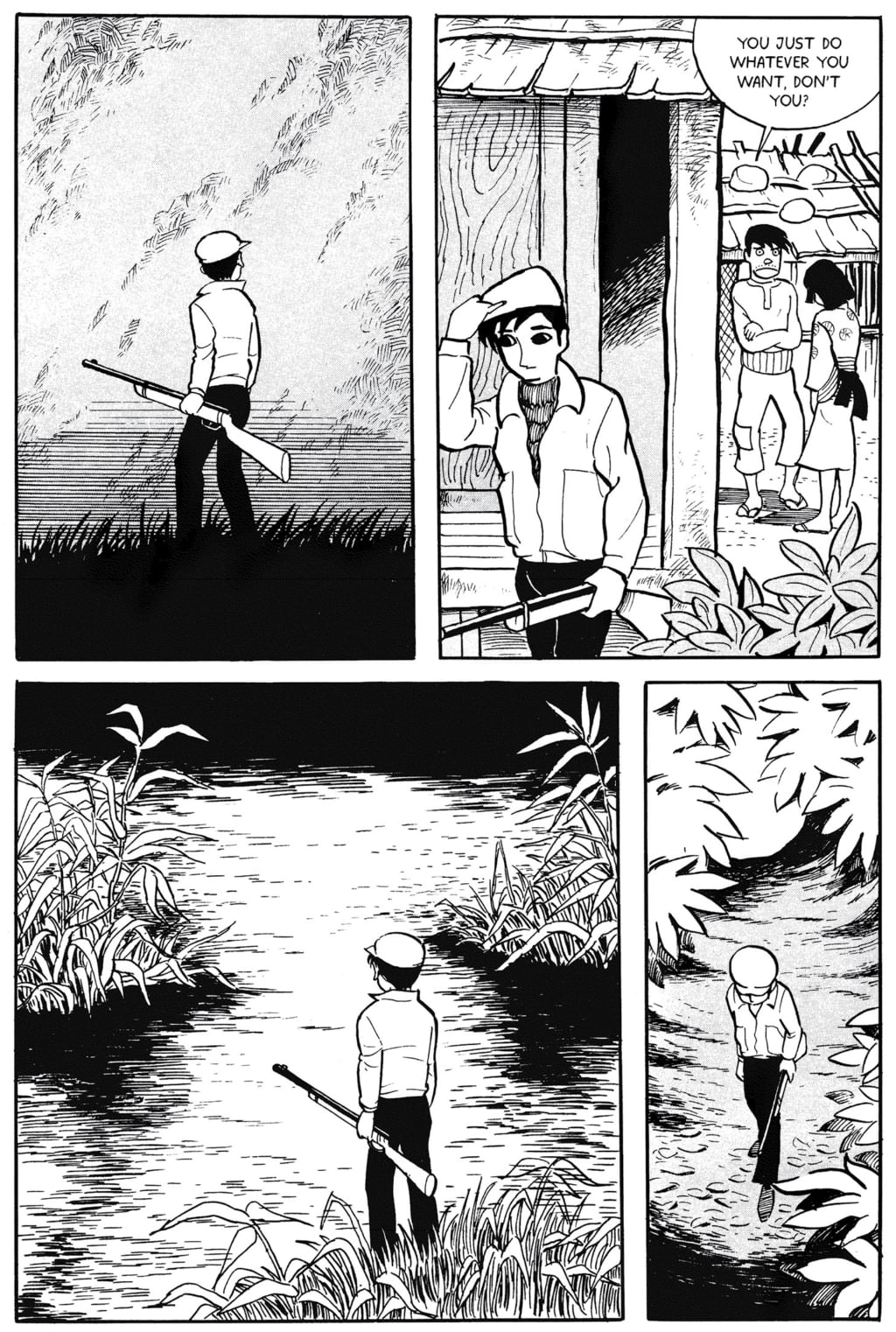 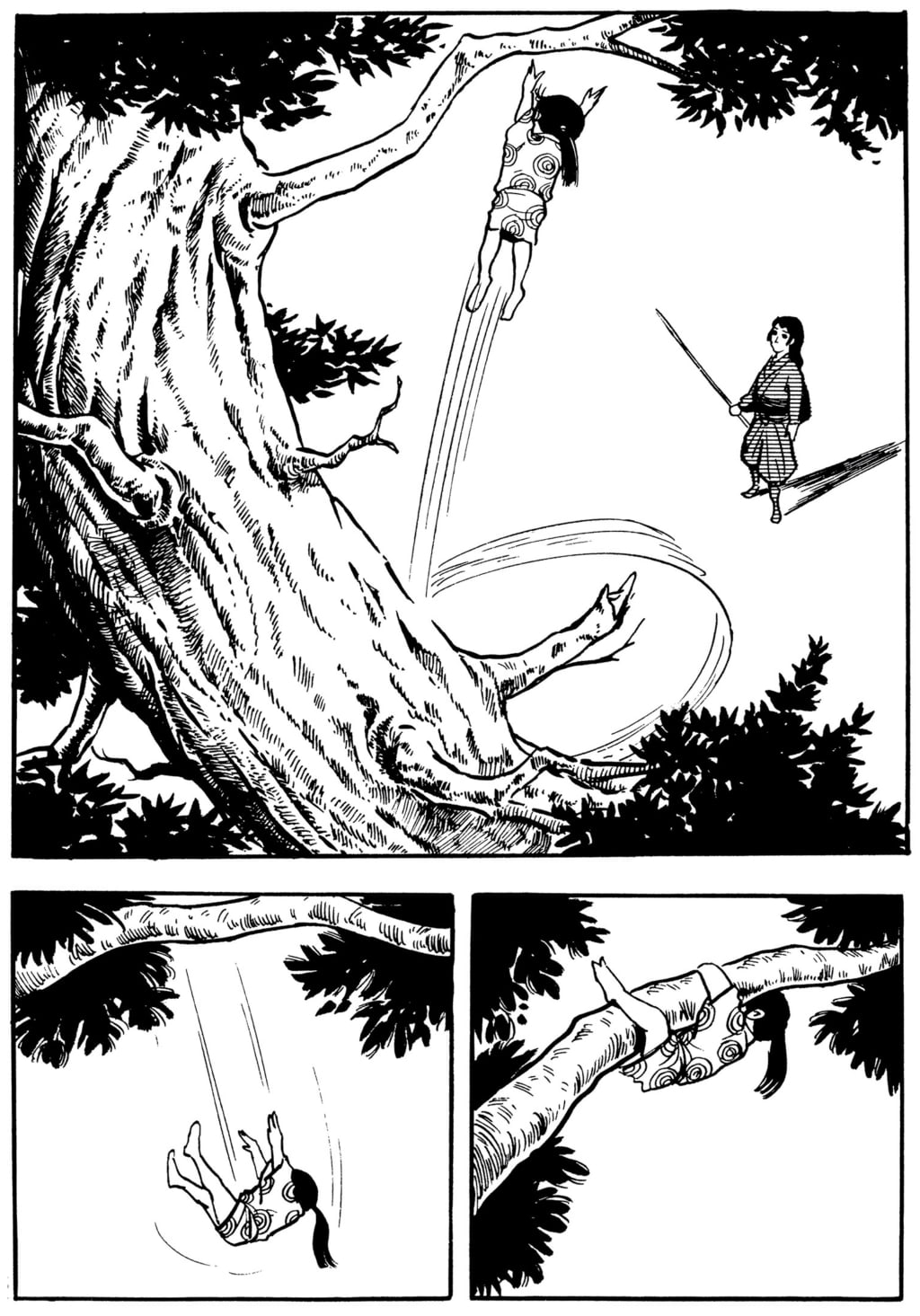 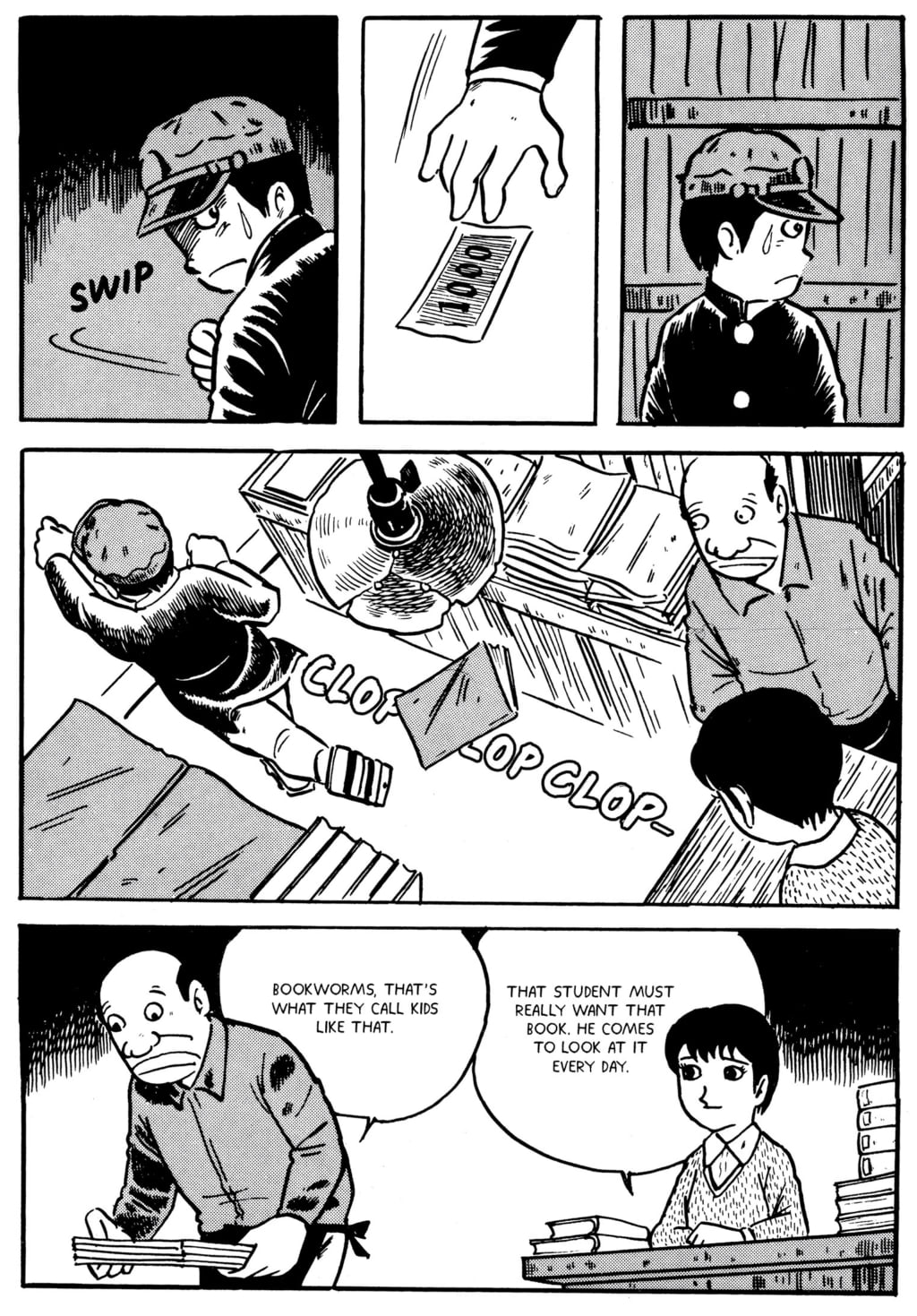 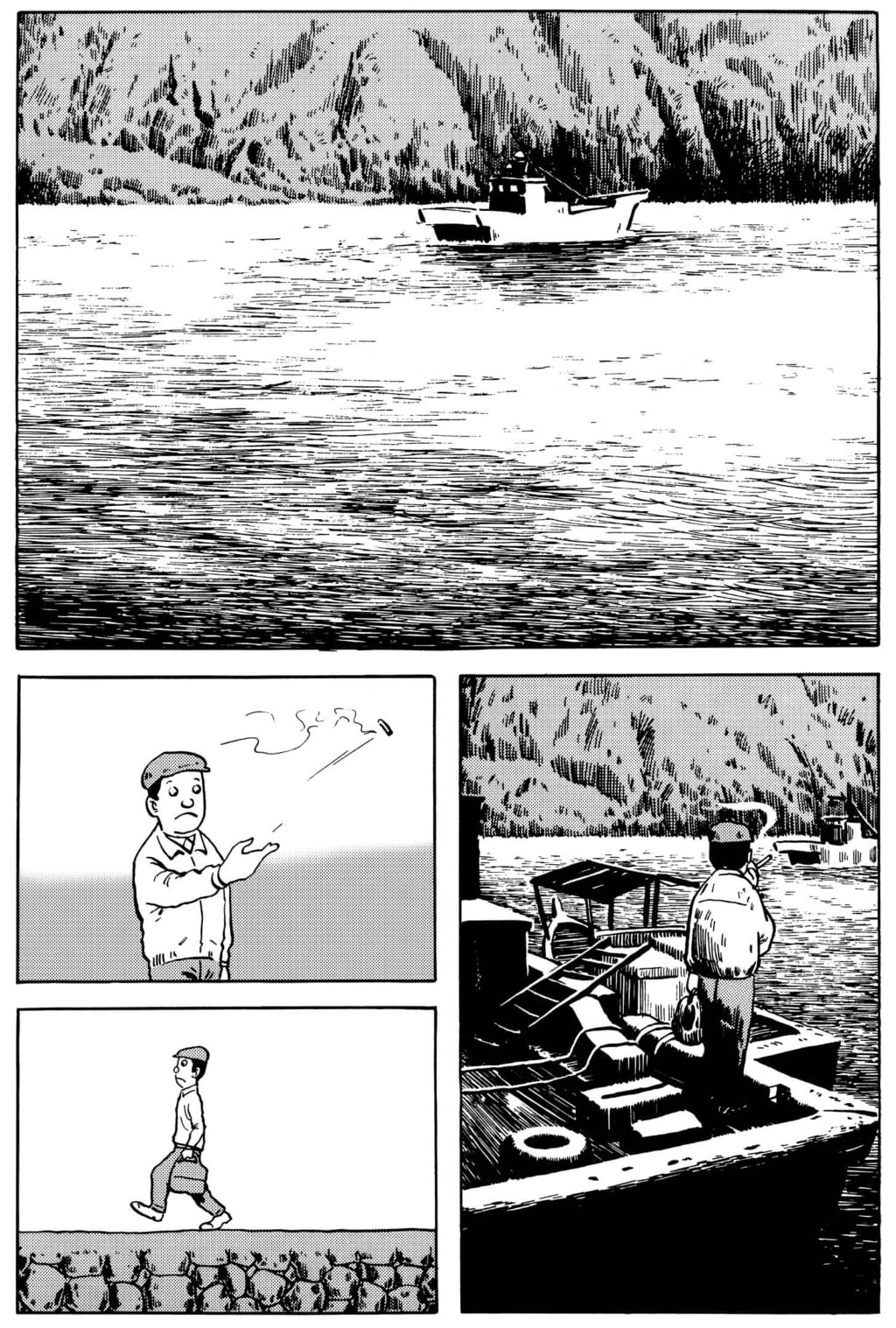 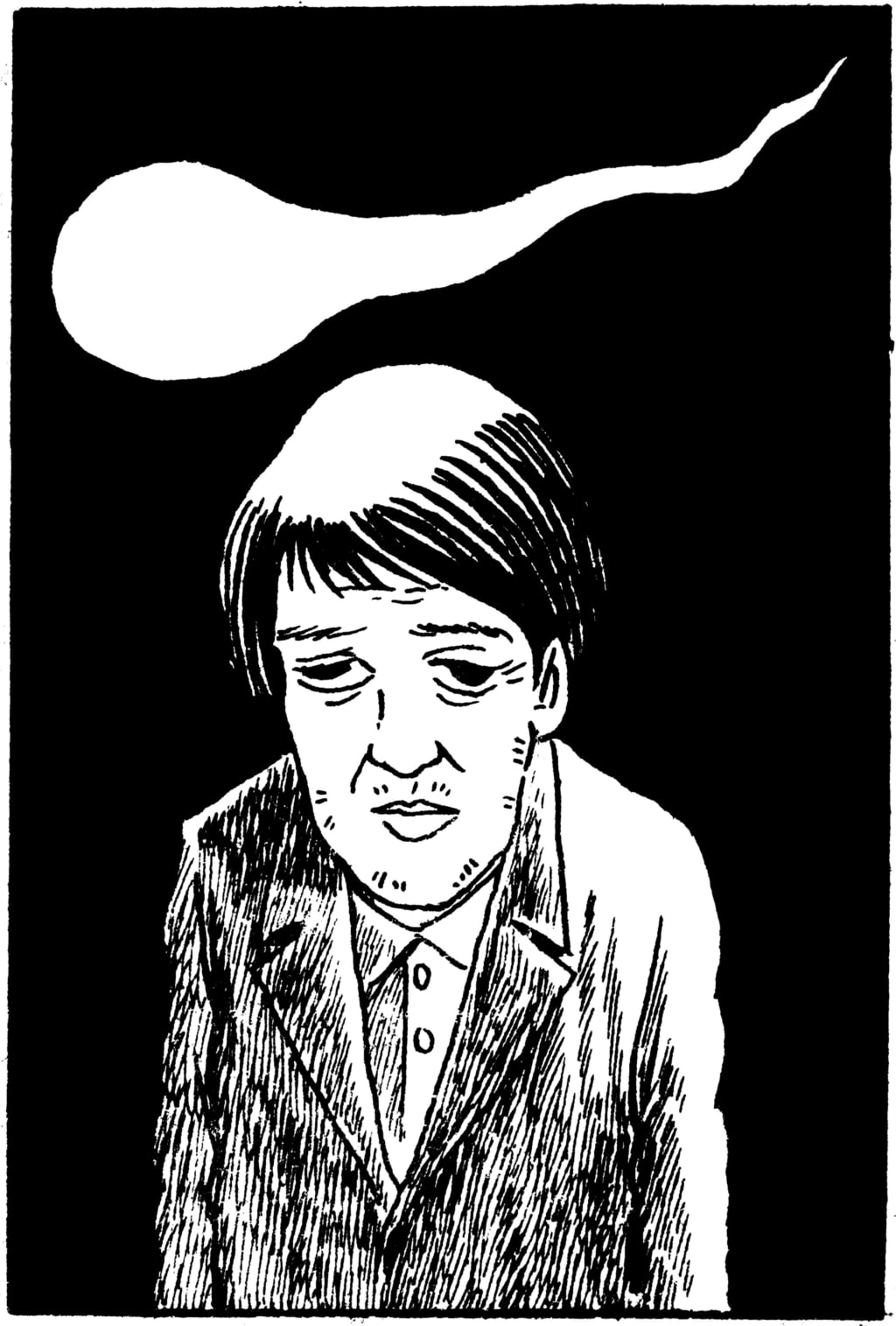