To blur the spectator's vision, the designer joins several pieces of glass together using traditional lacquer. 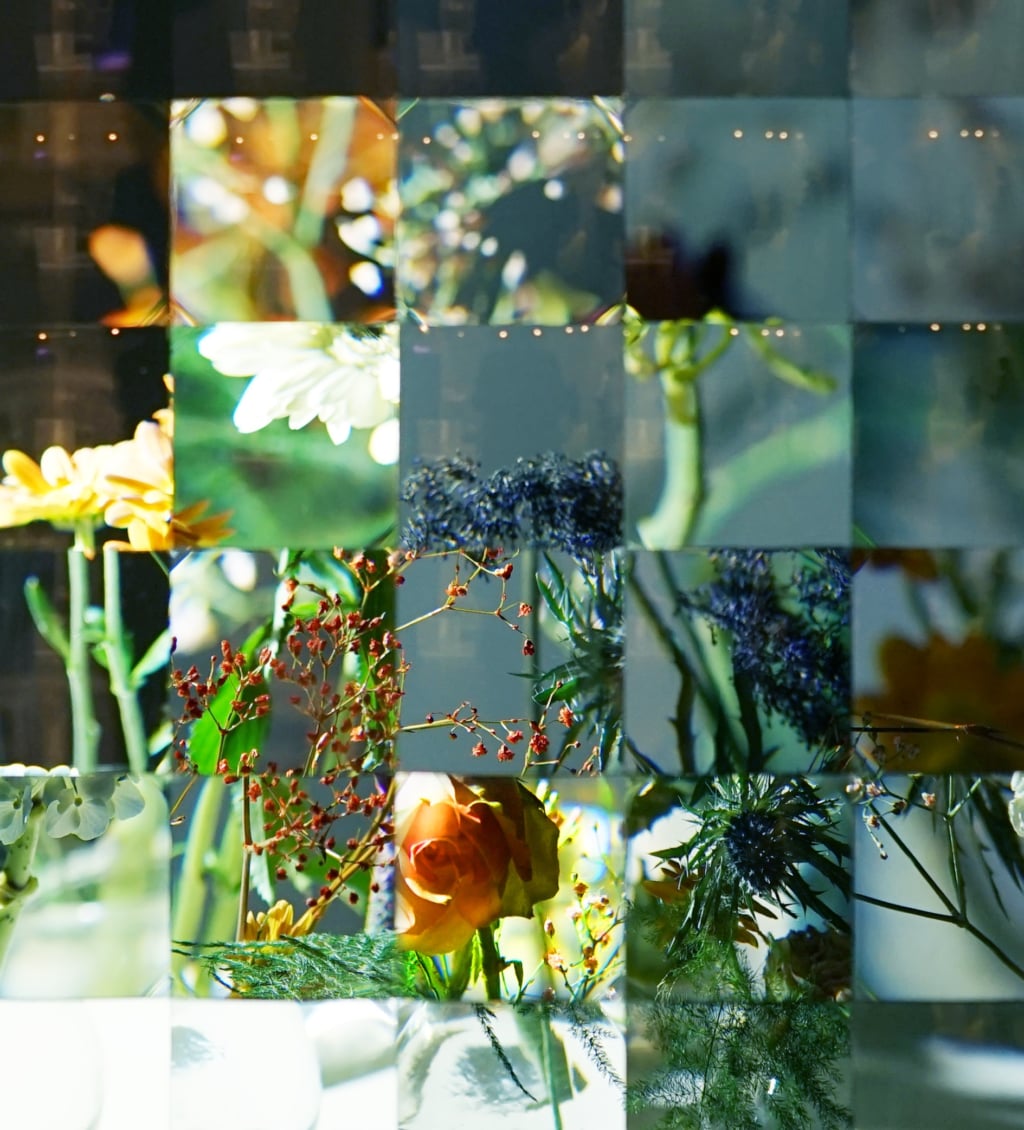 Yuko Sakamoto, a Japan-based designer and graduate from the Design Academy Eindhoven in the Netherlands, entertains herself, in her project Craft Prism, by blurring the viewer’s vision. Using a lens that has been cut and then reconstructed, she recreates a fragmented landscape, multiplying the number of viewpoints and clouding all sense of linearity.

It was in 2018, during Dutch Design Week, one of the biggest design events for Nordic countries held in the Netherlands, that she exhibited Craft Prism as an installation for the first time. The project was the result of a joint effort: Yuko Sakamoto thought up the idea with Takaaki Yamamura, a lacquer artisan from the city of Toyama, along the coast of the Sea of Japan.

The lens, cut into small pieces, was put back together using the kintsugi technique, with lacquer. ‘Kintsugi involves repairing a broken object using urushi lacquer as an adhesive, and by marking the fracture line with powdered gold’, the designer explains to Pen. This lens, placed in front of a bouquet of flowers, gives a new dimension to this rustic installation, whereby the petals appear gigantic, as if placed under a magnifying glass, and the vases are fragmented in the manner of a kaleidoscope. This disturbing impression is accentuated further by the fact that the room is plunged into darkness, the bouquet being lit only by two spotlights.

In 2019, Yuko Sakamoto presented her installation in England, at the London Design Festival. Behind the convex lens was a bouquet inspired by ikebana, the traditional Japanese art of flower arrangement. ‘My aim this time was to offer a modern vision of a 17th-century flower painting’, Yuko Sakamoto explains.

The designer is a member of the 9+1 collective, which brings together designers, product developers, and engineers, who have been working in collaboration with artisans from Toyama since 2017 to showcase the city’s local crafts.

More information about Yuko Sakamoto’s work can be found on the 9+1 collective’s website. 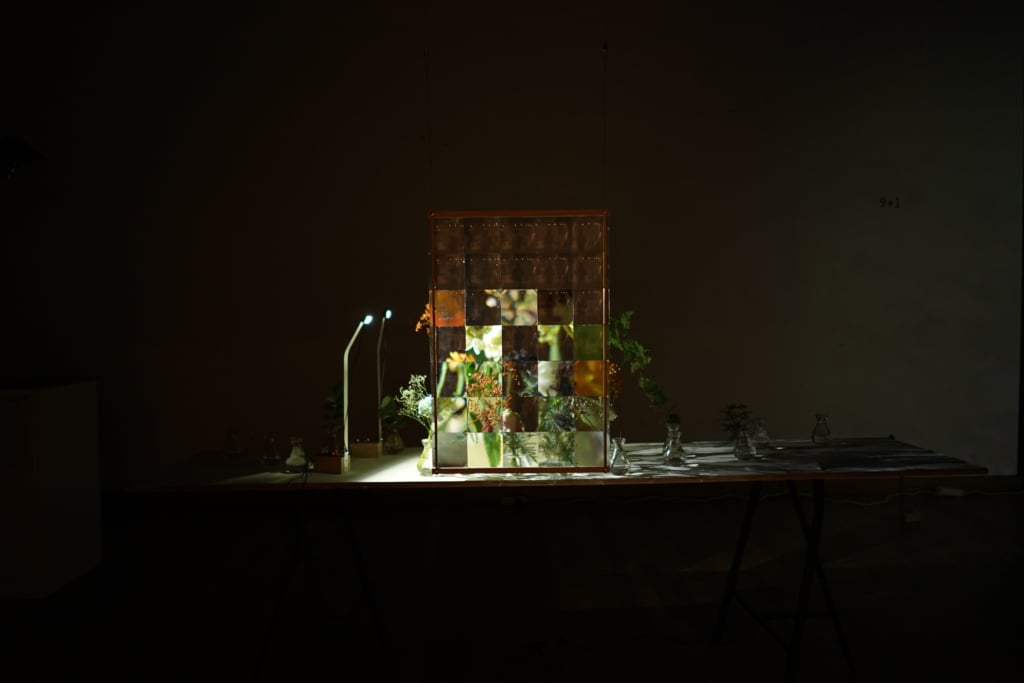 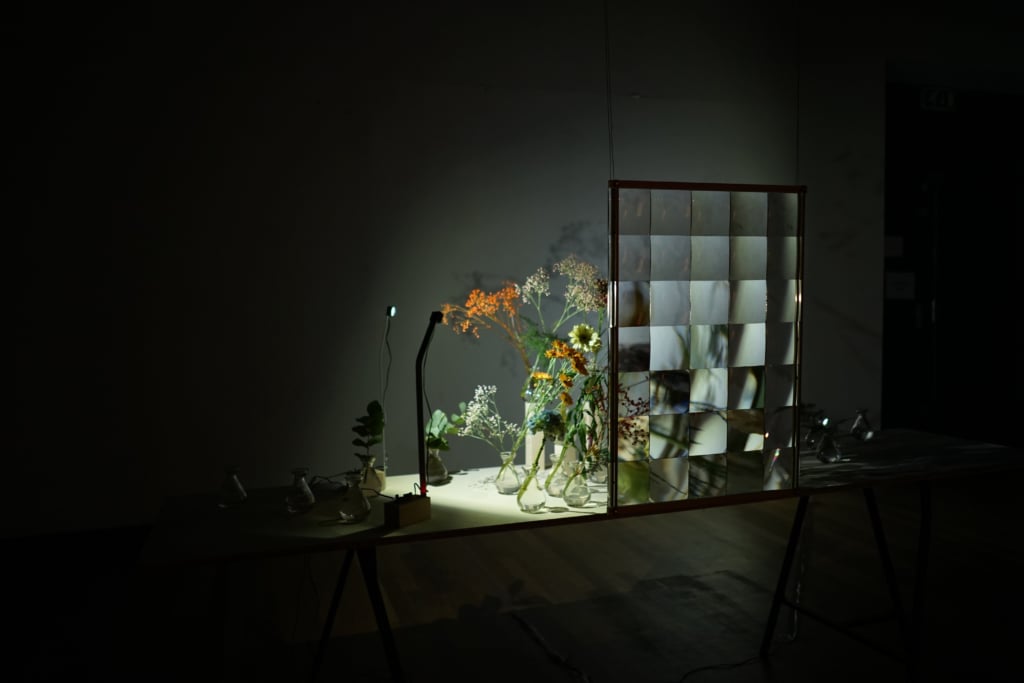 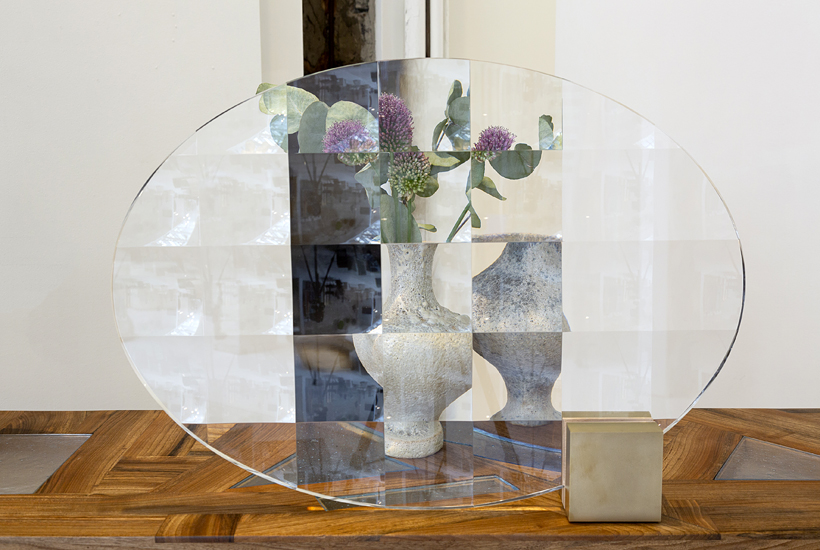 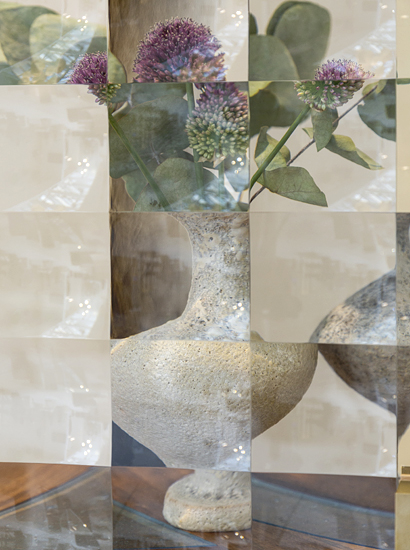 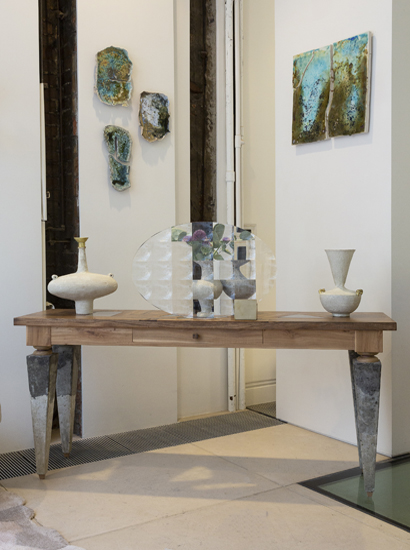