Tower House, at the Forefront of Miniature Architecture

This house was built in 1966 by architect Takamitsu Azuma, on an area of land just 20-metres squared in the heart of Tokyo. 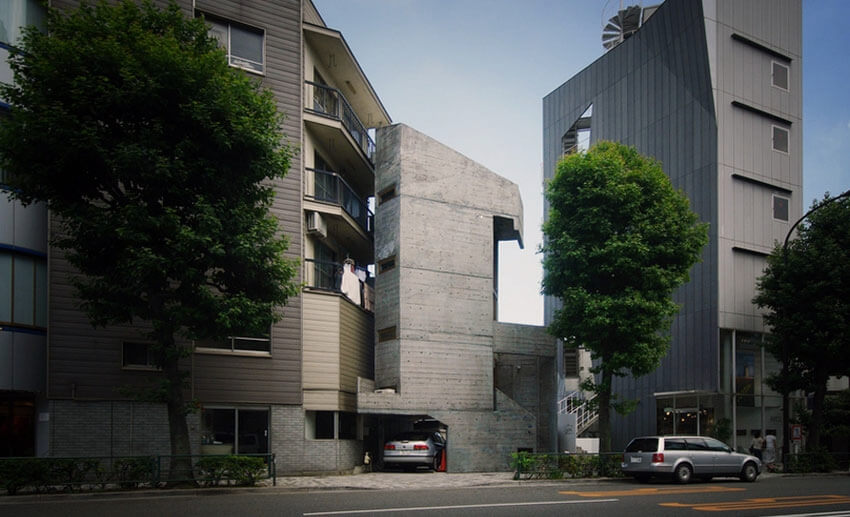 In the mid-60s, when Takamitsu Azuma was thinking about moving with his family from Osaka to Tokyo, he had the idea of building a house for them all himself. He bought a plot of land in the heart of Tokyo with an area of 20 m2. It was on this microscopic piece of land that Tower House, a house with 65 m2 living space over six floors, would be built in 1966.

This Japanese architect, winner of the Architectural Institute of Japan Prize in 1995 and a follower of Le Corbusier, combines traditional Japanese style and modernism in his work. Thus, the interior is minimalist and functional. A large staircase, made from concrete slabs, constitutes the main structure of the building. It connects the different floors of this continuous vertical room. The spaces, like levels piled on top of each other, have no doors.

From an innovative skyscraper to a miniature tower

The building that once seemed original in this district, which was home to many traditional single- or two-storey houses, now seems quite minuscule next to its new neighbours. Despite this, the skyscrapers with several dozens of floors fail to steal its thunder, as Tower House is so symbolic of the avant-garde of miniature architecture, popularised today under the name Pet Architecture, particularly by Atelier Bow-Wow.

This house made from rough concrete also inspired one of Japan’s greatest contemporary architects, Tadao Ando. He designed Row House in Sumiyoshi, also known as Azuma House, in 1976, at the start of his career. A townhouse located in the centre of Osaka, built on a plot roughly 15 m x 3 m, it is also made from rough concrete, but with walls that are completely blind.

Tower House (1966) is a building designed by architect Takamitsu Azuma. 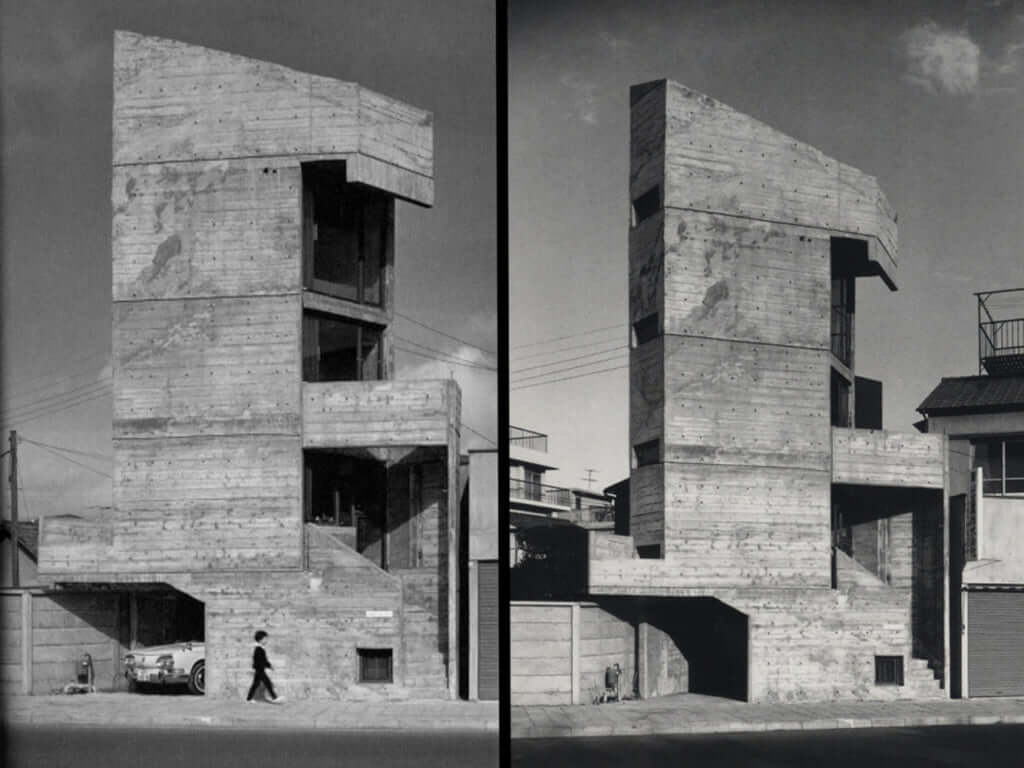 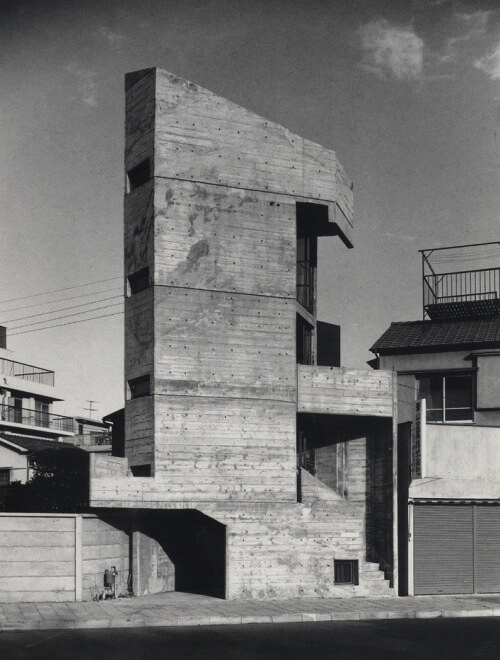 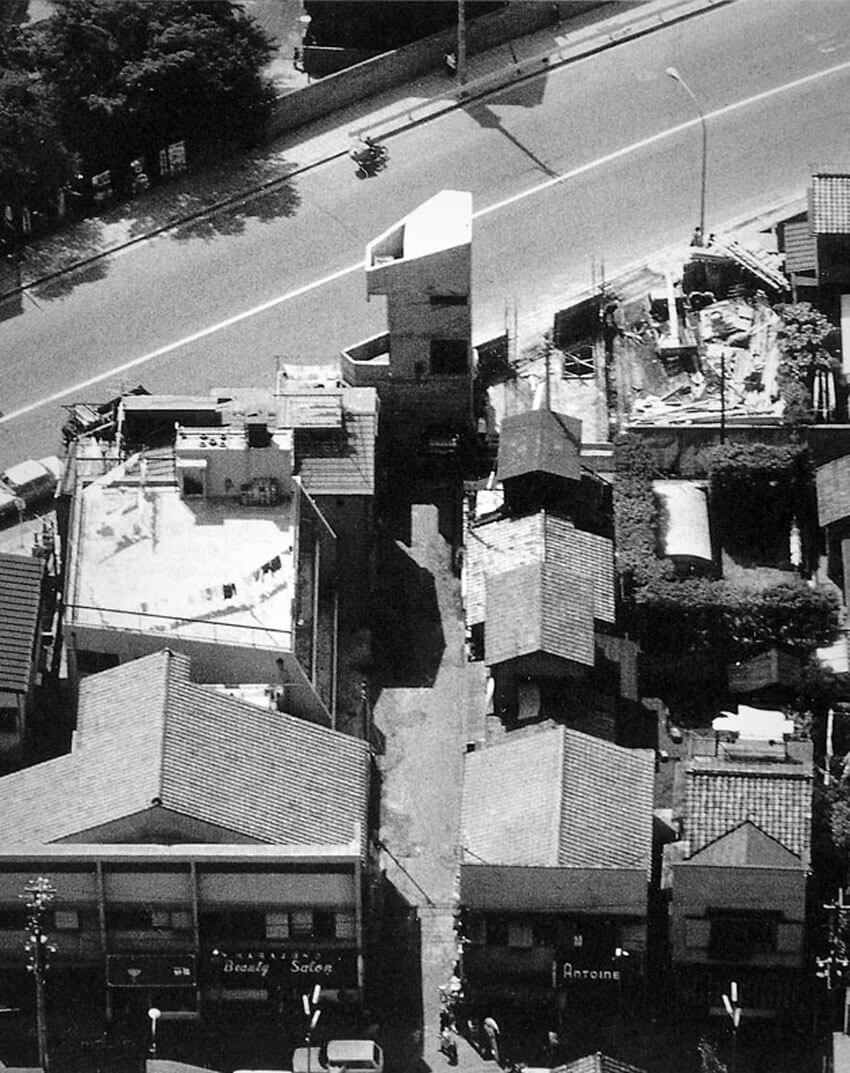 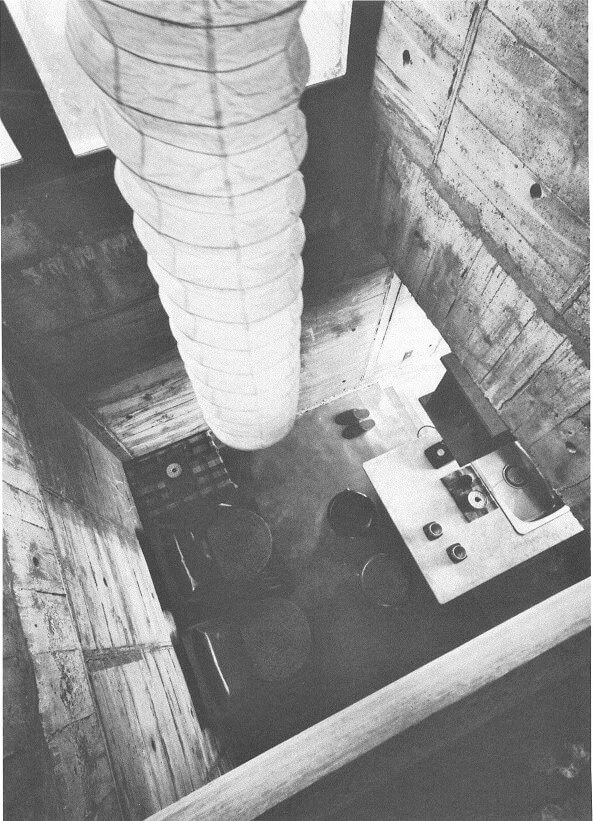 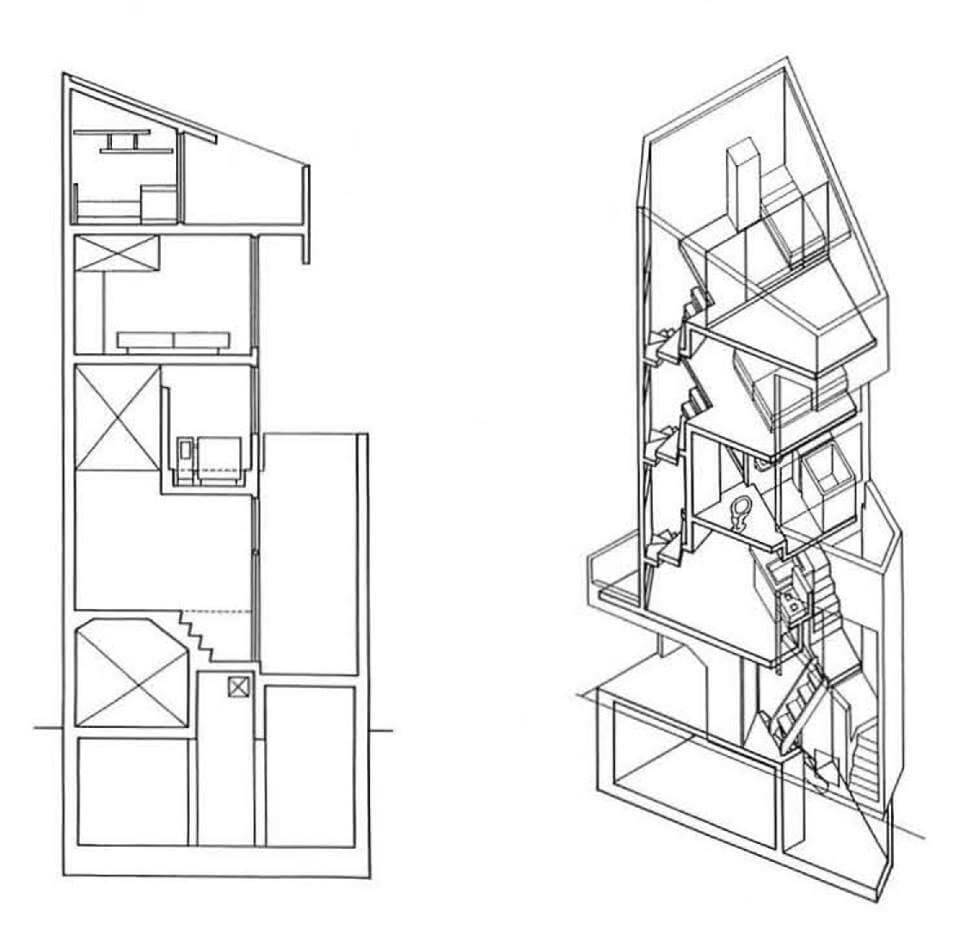 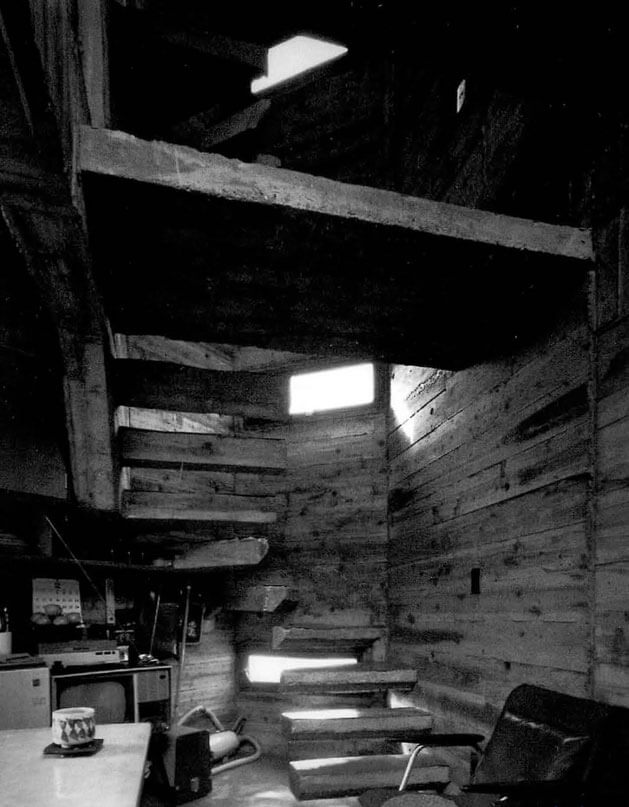 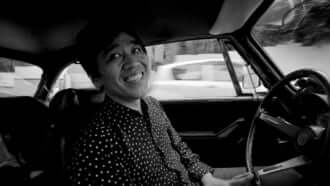 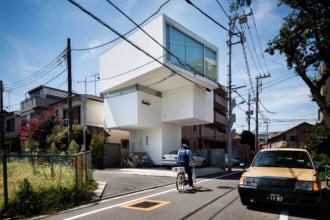 ‘Tokyo no ie’, an Architectural Stroll 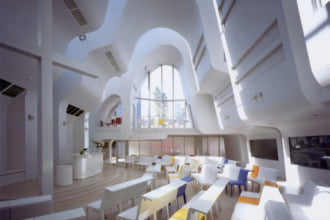