Despite often being eclipsed by the popular ramen, soba, and udon, somen are an integral Japanese summer noodle dish. 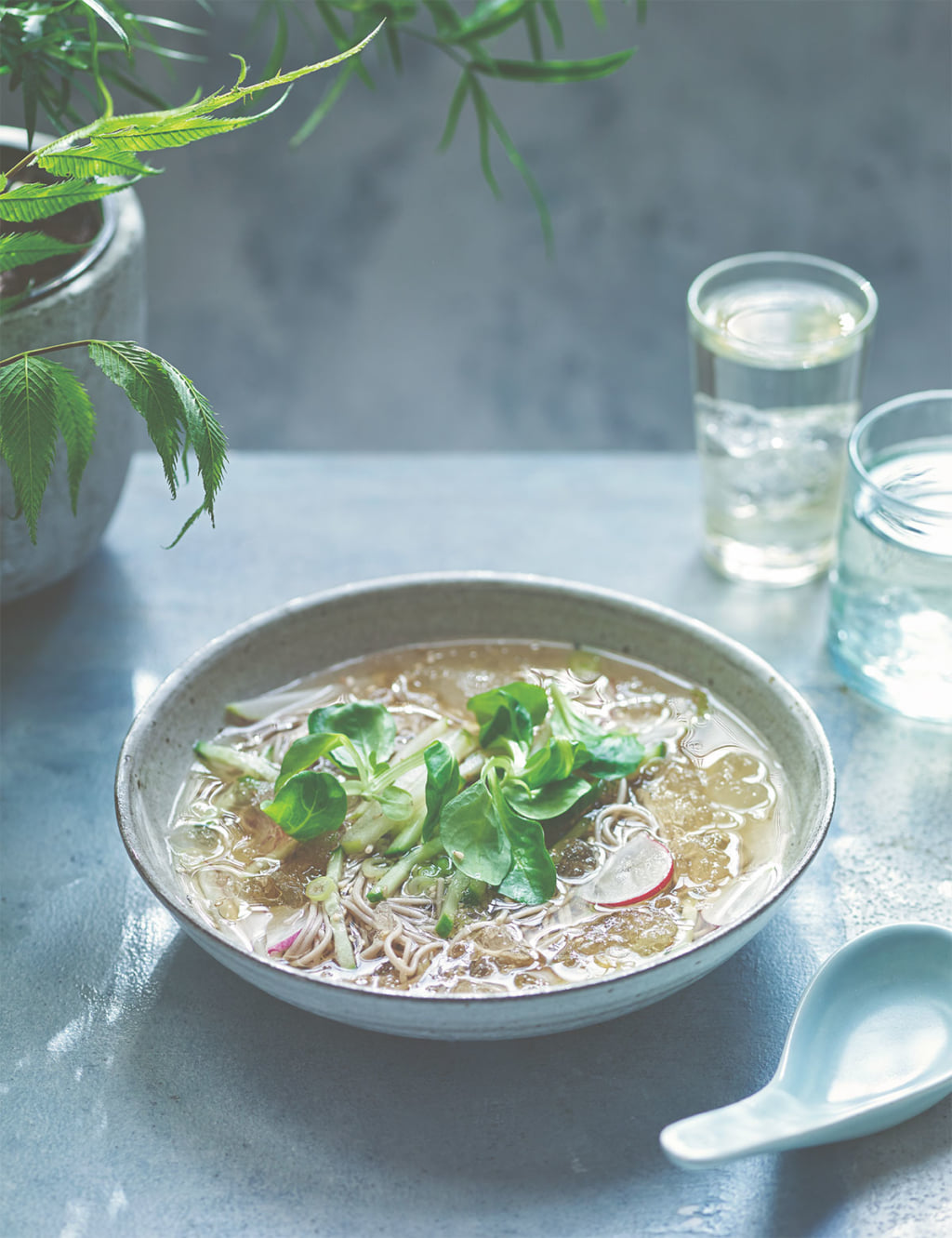 These very fine wheat noodles are served in a half-playful, half-spectacular manner in Japanese restaurants. The nagashi somen (nagashi comes from the verb nagasu, meaning ‘to spill’) are cooked and then cooled, before being placed on a long flume of bamboo with water flowing down it, to arrive in front of diners who catch them with their chopsticks.

‘Don’t worry, you don’t need to cut down any bamboo or get your hosepipe out to enjoy these’, Tim Anderson explains with amusement before outlining his recipe. And his final piece of advice? ‘Make this dish on the hottest day of the year or whenever you need a little noodle-based refreshment!’

Using a peeler, peel the lemon, making sure not to leave too much of the white flesh.

Wring out the lemon peel over the dashi to extract its oil, then add the soy sauce, mirin, and lemon juice.

Place in the freezer while you prepare the other ingredients.

The dashi needs to be half-frozen: not like melted snow, but rather like a lake covered with a fine layer of ice in winter. Leave it to stand for 30 minutes, perhaps a little longer. Once it starts to freeze, remove the lemon peel and throw it away.

Bring a large saucepan of water to the boil and cook the somen according to the instructions on the packaging—the cooking time must be very brief, roughly one minute, or even less—then drain them very carefully and rinse them under a large quantity of cold water to stop them cooking and get rid of their excess starch.

Divide the somen into four shallow bowls, pour the half-frozen dashi over them, and gently mix the noodles using chopsticks.

Garnish with the vegetables, pea shoots, sesame seeds, and a few drops of sesame oil.