Facing the fury of the Pacific Ocean stands a concrete wall. Japan and Mexico are over one thousand kilometres apart. The Casa Wabi Foundation, created by artist Bosco Sodi and built by architectural genius Tadao Ando, intends to bring the two cultures closer together.

The idea was born in the mind of one man. Bosco Sodi is a Mexican artist known for his large-scale paintings in vivid colours and his vertical sculptures which glorify the raw side of the elements. His work could be described as pared down, thus echoing the principles of wabi-sabi, the Japanese philosophy passed on to him by his mother. It was his first link with Japan, a country he visits frequently. It was during a ten-week residency in Tokyo that he discovered the work of Tadao Ando for the first time.

‘I instantly found that his work aged well’, Sodi explains, ‘because it’s extremely simple, drawing exclusively on light and shadow’. This recalls Junichiro Tanizaki’s ‘In Praise of Shadows’, a monument of the Japanese aesthetic. 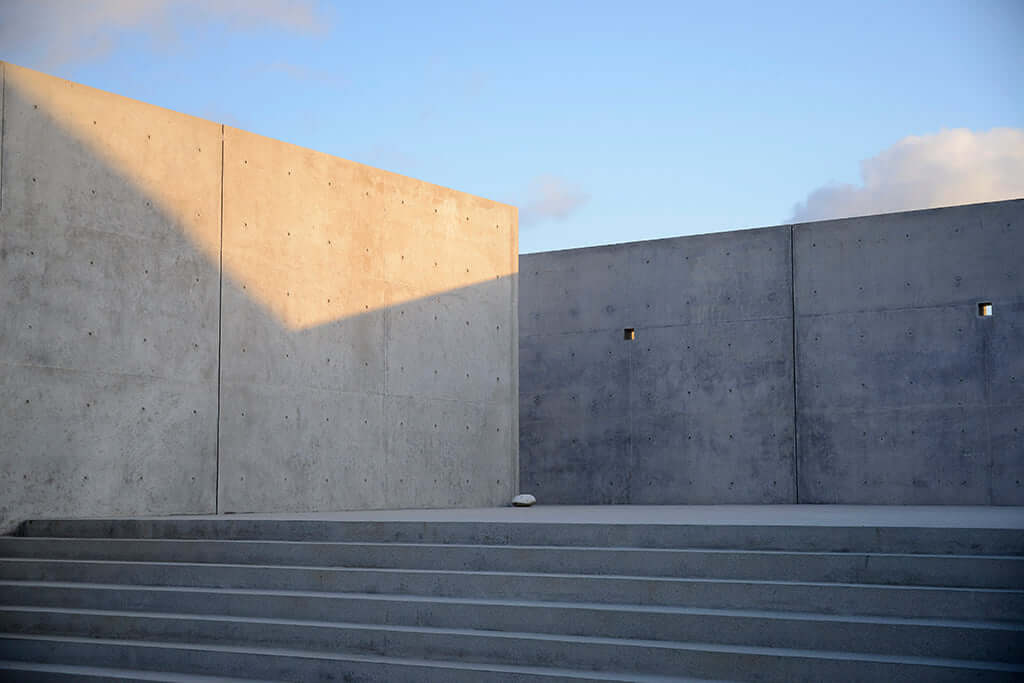 A Japanese architect for a Mexican foundation

This was a revelation for the Mexican artist: Tadao Ando had to be the architect behind his idea for a foundation on the Pacific. He had been thinking about this project for a while, having left Mexico to set up a studio in New York, where his works were starting to become known. He wanted to create a hybrid place where artists would be hosted in residence but also participate in the life of the local community. It was a means of giving something back to his country.

‘There is a lack of social engagement in the art world. I’m convinced that art provides the tools required to better understand the world. If you then offer these tools to children, they can change the world’ – Bosco Sodi

Casa Wabi’s name honours the Japanese aesthetic, but was not yet guaranteed to exist. It still needed the agreement of the grand master of modern Japanese architecture. In 2009, Sodi contacted Ando by fax, but the latter declined to work on the project. It was thanks to the intervention of a Japanese dealer Sodi met in New York that he managed to entice and ultimately meet the architect. The meeting took place in Sodi’s New York studio, where Ando was charmed by one of his carmine red paintings. However, he was still yet to agree to anything.

‘It was only after a tragic event that everything started to get moving’, admits Sodi. ‘In 2012, New York was devastated by Hurricane Sandy and my studio was flooded. One of Ando’s assistants showed him some photos and he agreed to build Casa Wabi’. 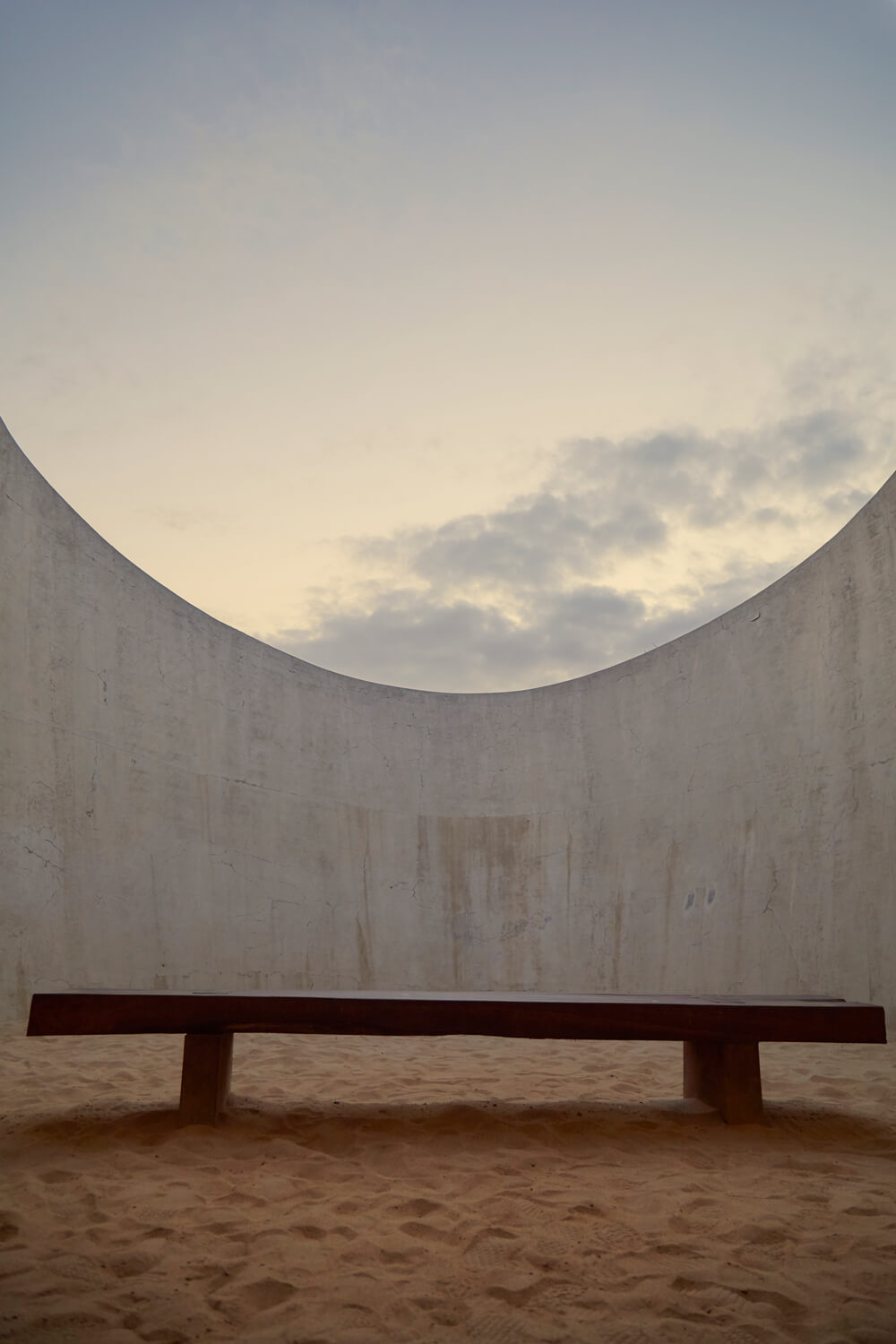 Even more extraordinarily, the architect created the plans for the foundation without having set foot on the terrain. Sodi hired a helicopter and sent him some aerial photos. Ando then designed the foundation’s iconic wall. It took 360m2 of concrete, Japan’s material of choice, to create a 312-metre-long and 3.6-metre-high wall. It forms a boundary facing the ocean and a concrete separation between the public part of the foundation and the residency space. The construction, however, was not an easy task.

‘There were no concrete plants in the area’, Sodi remembers. ‘We had to produce the concrete on site. We had 90 people carrying buckets around. It was crazy, I don’t know how we managed it!’

From the beginning, the Casa Wabi Foundation has brought together different talents and creative forces. As well as Tadao Ando, other big names in architecture around the world wanted to contribute and communicate with the locals. Kengo Kuma, another renowned Japanese architect, created a hen house shaped in such a way as to encourage people to think about collective housing and the connections it promotes.

Around the main structure of Casa Wabi, independent pavilions were created, each one dedicated to a specific theme. The pavilion created by Mexican architect Alberto Kalach is in honour of ceramics, in the simplest and most nature-orientated way possible. The Clay Pavilion, meanwhile, is a place where children from the area can learn to reconnect with the earth. It was created by Portuguese architect Alvaro Siza.

A platform for artist of all ages and backgrounds

Art is, of course, at the very heart of the project. Bosco Sodi himself contributed a piece, ‘Los Atlantes’, a work of land art in the form of a labyrinth of clay cubes. When you enter, everything becomes more prominent: the variations in light, the vegetation scattered around the trenches, and the sound of the ocean.

Every February, the Casa Wabi Foundation presents a new project in its exhibition space. The artist currently featured, Izumi Kato from Japan, has filled the space with his primitive humanoid paintings which push simplification of form to its very limits.

In yet another link with Japan, Casa Wabi does not only welcome Japanese artists, but also sends Mexican artists to its Tokyo branch. Casa Nano started out as a house which Sodi purchased during one of his trips to Japan. Having no use for it, he turned it into an exhibition space and a residency for Mexican artists who could come and learn about the Japanese aesthetic for a few months.

The interaction doesn’t stop there as the Casa Wabi Foundation, which has just celebrated its fifth anniversary, is due to open a pavilion based around woodwork in September 2020. A Japanese carpenter will make the trip for the occasion, to teach Mexicans about Japanese woodworking.

For those wishing to find out more about Tadao Ando’s involvement in the construction of Casa Wabi, the documentary ‘Just Meet‘, by Fernanda Romandía, is available online. 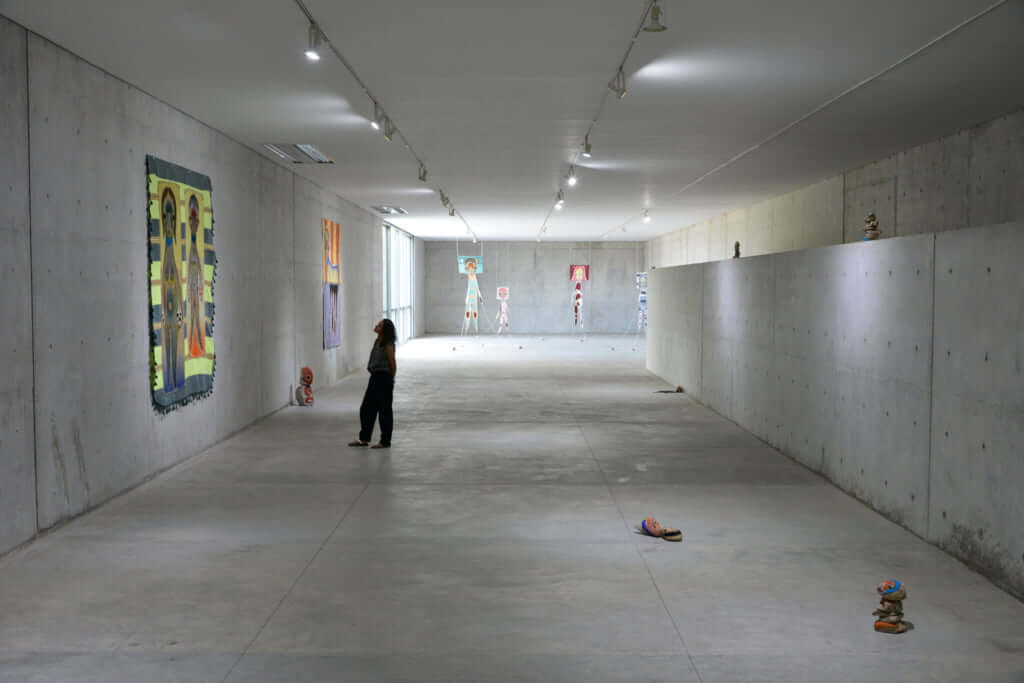 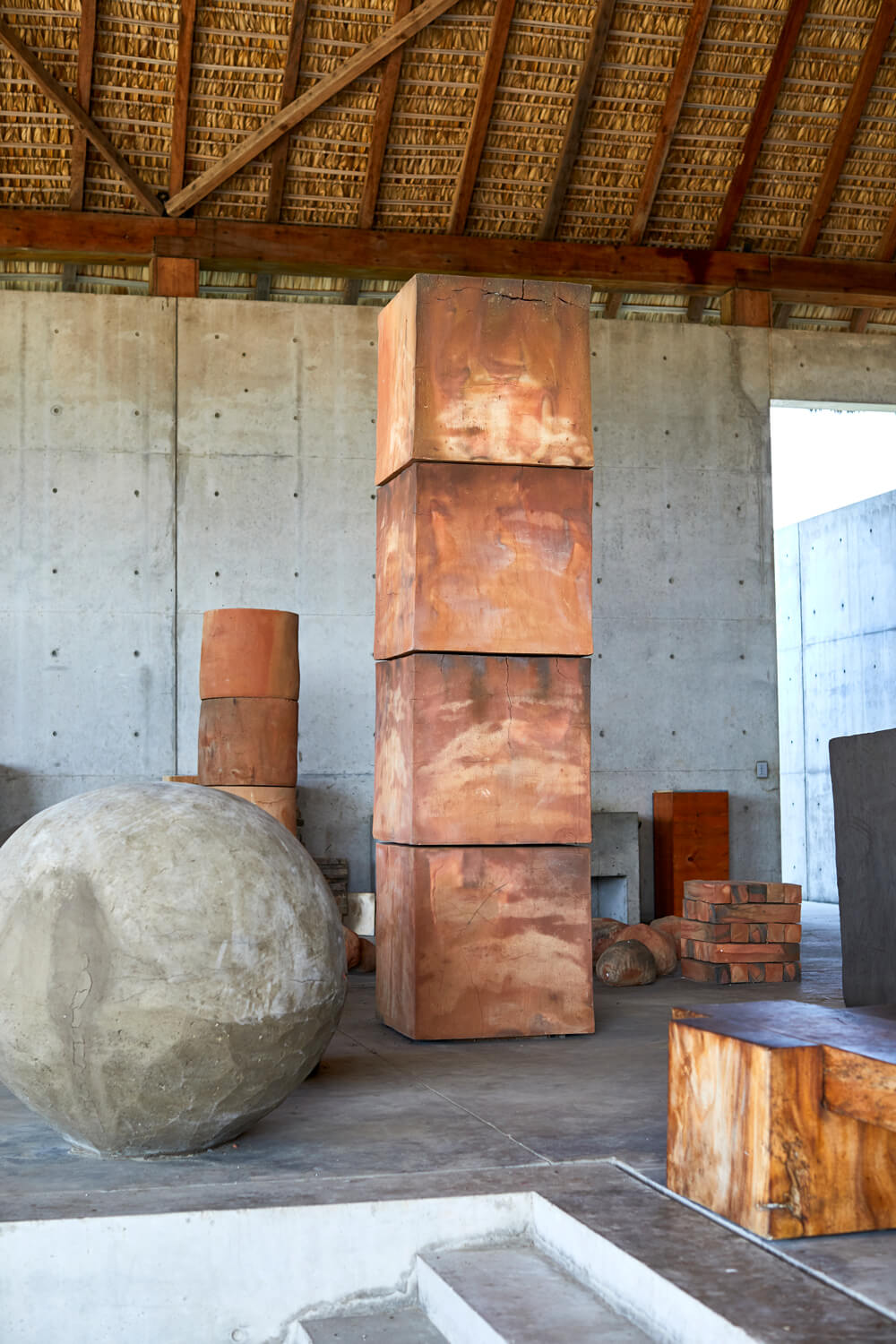 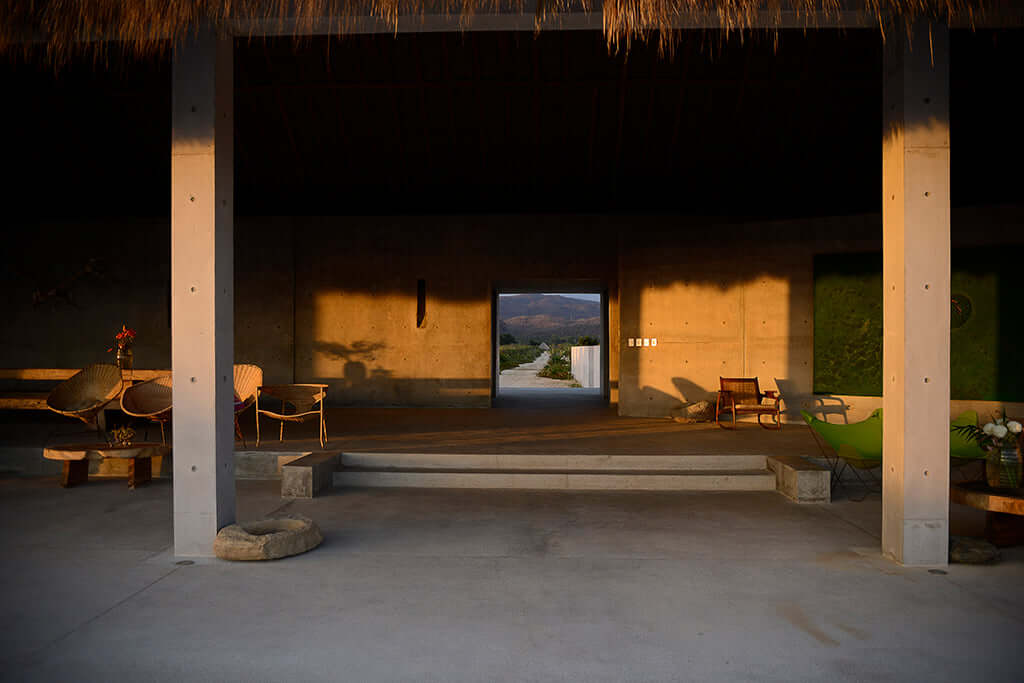 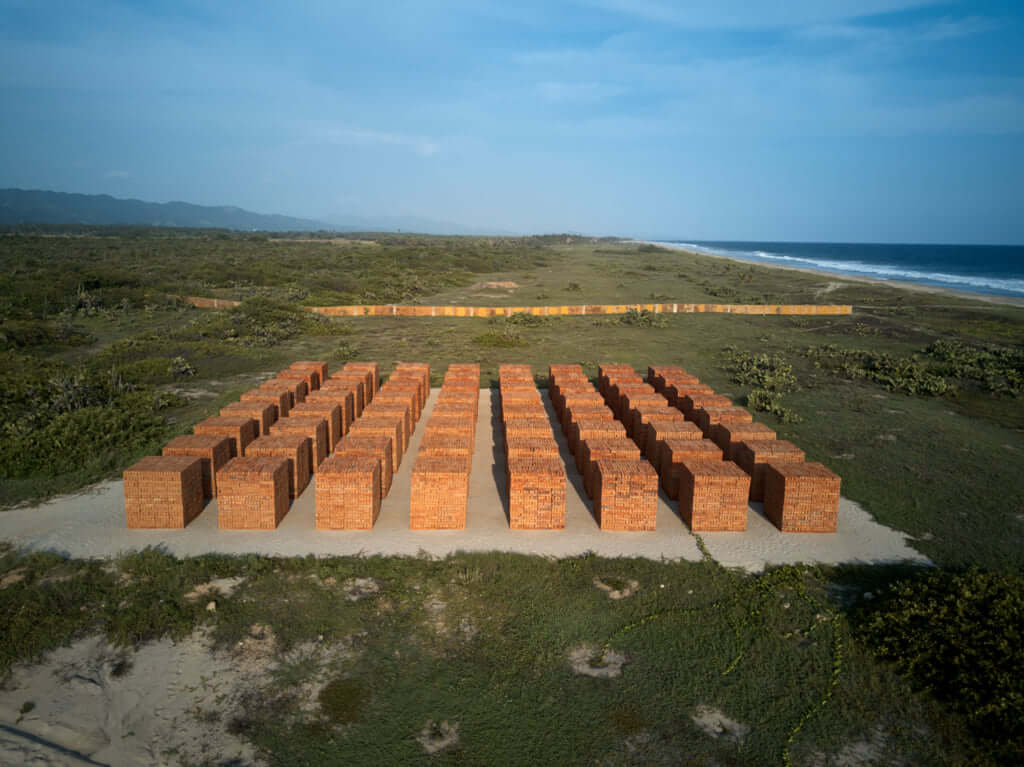 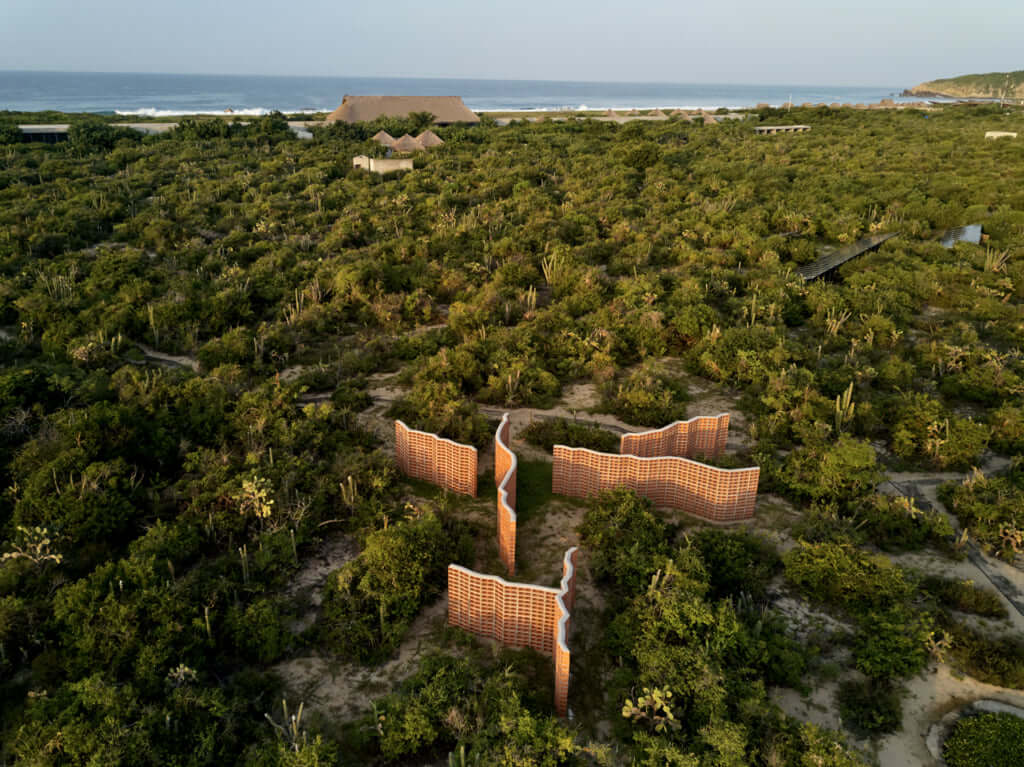