While Hokkaido is famous for its natural landscapes and its ski slopes, the island is also known for its wide range of food.

Otaru is known not only for its quality of life, but for its culinary culture and variety of restaurants. From the wine bar to the sushi restaurant, the artisanal brasserie to the pocket trattoria, Otaru is a feast for those who know their way around and can enjoy the thousand and one flavours the city has to offer. Take a gourmet stroll through the streets of Otaru. 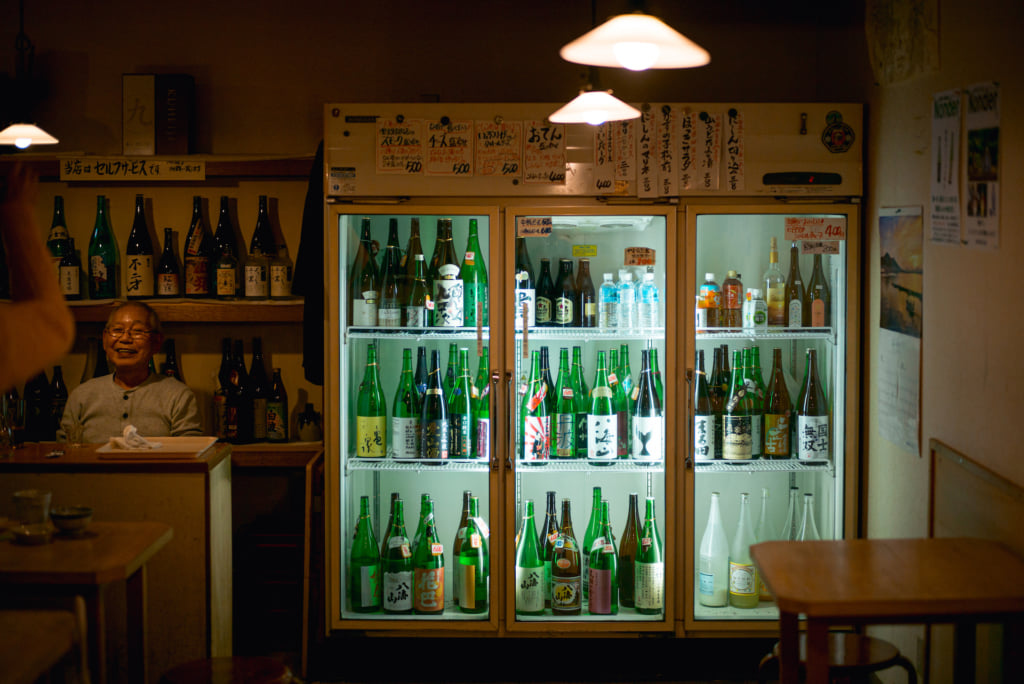 From upstairs we hear the echoes of cheerful conversations and clattering glasses, laughter, and the bursts of joyful voices that speak of alcohol and camaraderie. We are in Sakesho Takano, which looks like any other sake shop. This one is located in one of the covered passages of the town centre. After 8 pm, the illuminated sign of the shop is almost the only trace of life around; Otaru is accustomed to harsh winters and early nights. On the shelves, the bottles line up as if standing to attention, Junmai dai-ginjo rubs shoulders with Junmai ginjo, and the spirits make friends with the craft beers and local wines—Yoichi is not far away, but we’ll talk about that again soon. At the back of the shop, it is by a narrow staircase that we ascend to the kingdom of Takano-san, the master of the place, hair long since white but still in possession of a devil’s energy. On the menu, a few simple dishes are served with glasses that are much less wise. With tickets, as at the funfair, you can buy more or less full-bodied nectars and get to know your neighbours. Surprise, one of the evening guests speaks our language. The party will be all the more beautiful. 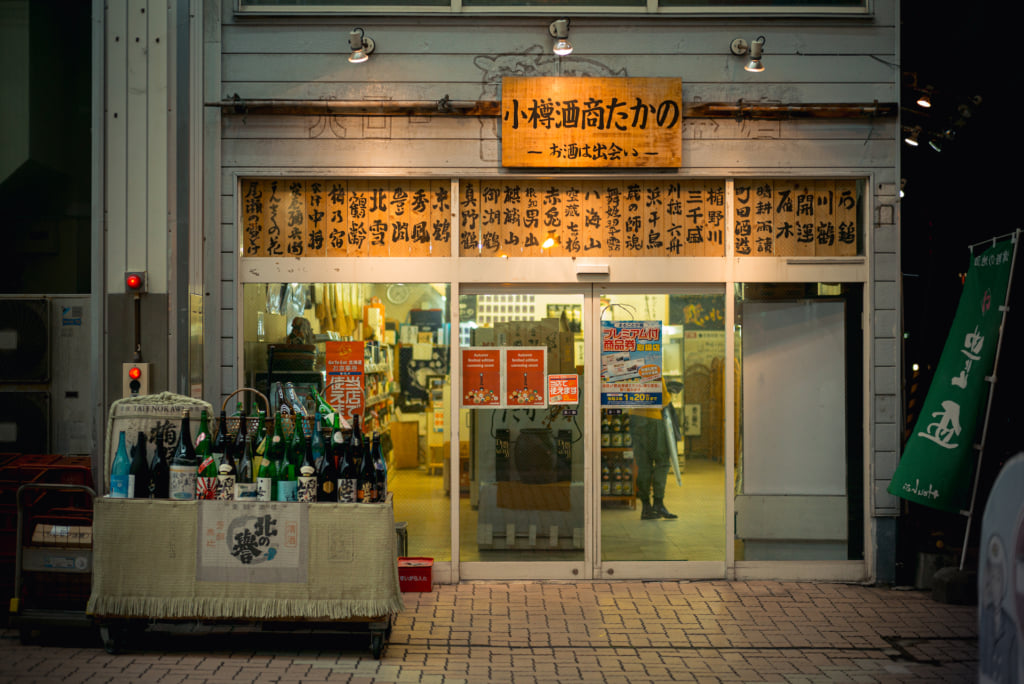 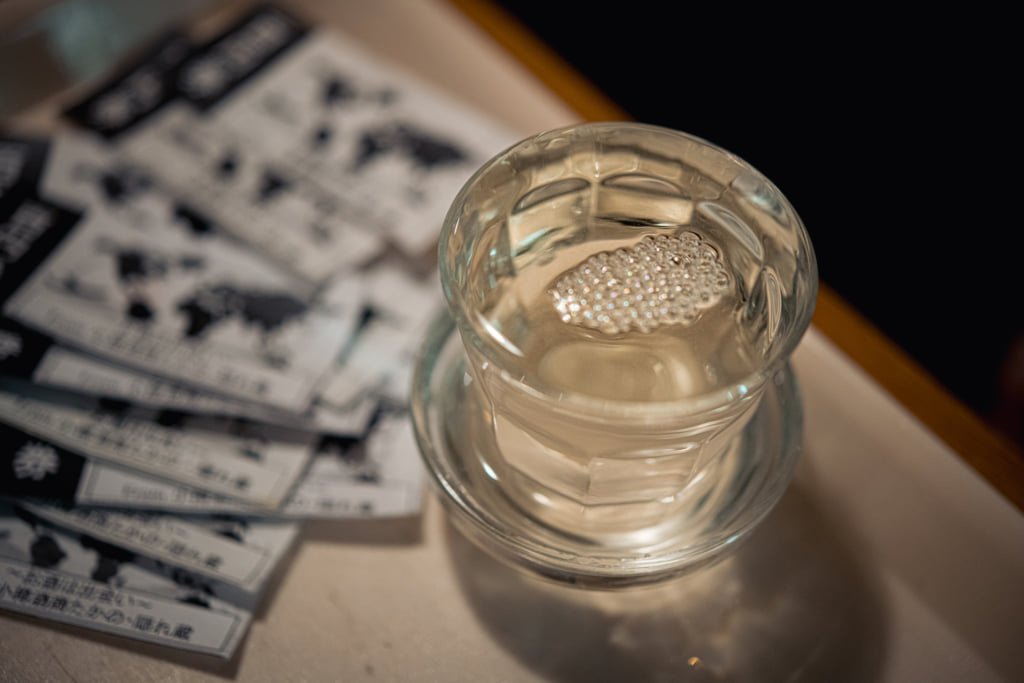 While Hokkaido is famous for the beauty of its natural landscapes and the quality of its ski slopes, with Niseko in the lead, the island is also known for its wide range of food: in addition to kombu seaweed and seafood, you will find fruit and vegetables, meat—especially mutton—and dairy specialities, including ice cream and cheese. Hokkaido is said to be the granary of the archipelago. It is also its best wine cellar, as it offers exceptional whiskies in addition to craft beers and some of the best natural wines in the country. To all these delights, Otaru is the perfect introduction, and we have the photographer, and 48 hours to convince ourselves of this. From our two days in the city, we will first learn that the idea that Hokkaido’s sushi is a cut above is not simply bragging and promotional talk. Then we will learn that the city has a very friendly and cheerful table. An example? Rakuten, a bistro in the city centre. Here guests are invited to sneak into the kitchen or to choose their own wine from the cellar. Beware of danger. 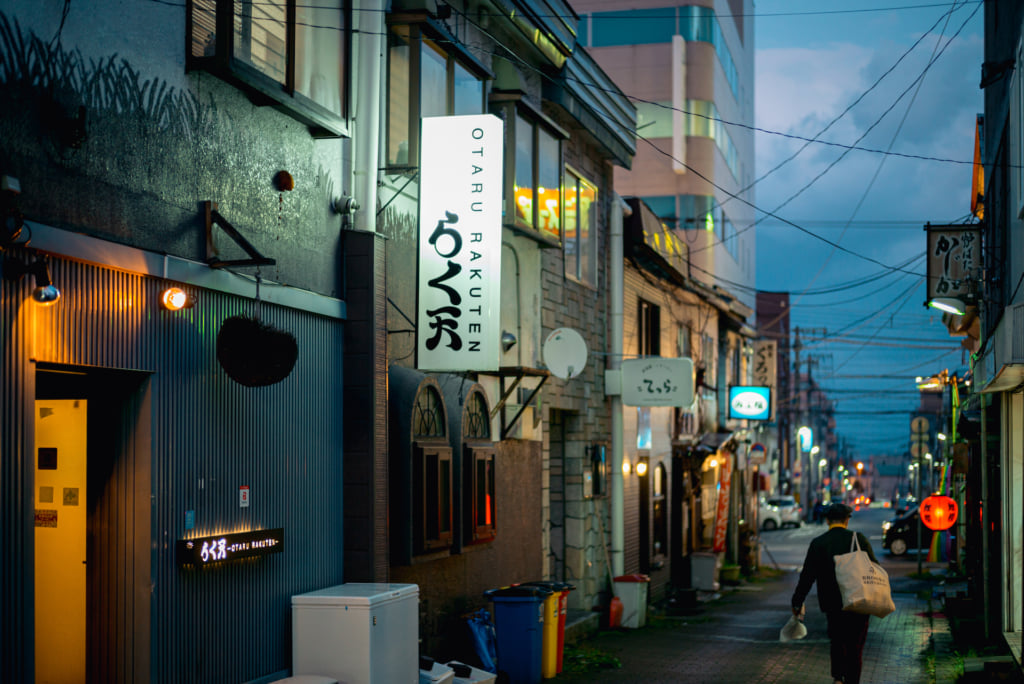 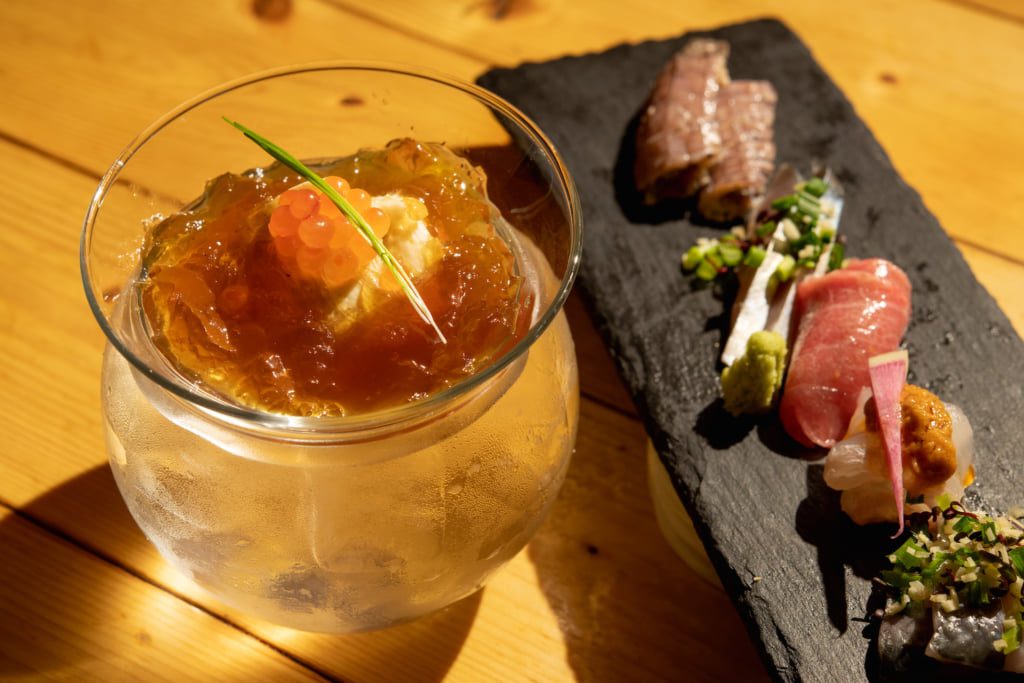 Three hours later, we finish the night at Rita’s whisky bar, about ten minutes away. The place takes its name from the British wife of Nikka Whisky’s founder, Masataka Taketsuru, whom many consider to be the father of Japanese whisky. From the 25-year-old single malt to the exclusive Genshi single cask, whisky lovers are sure to find what they are looking for at this exceptional speakeasy. 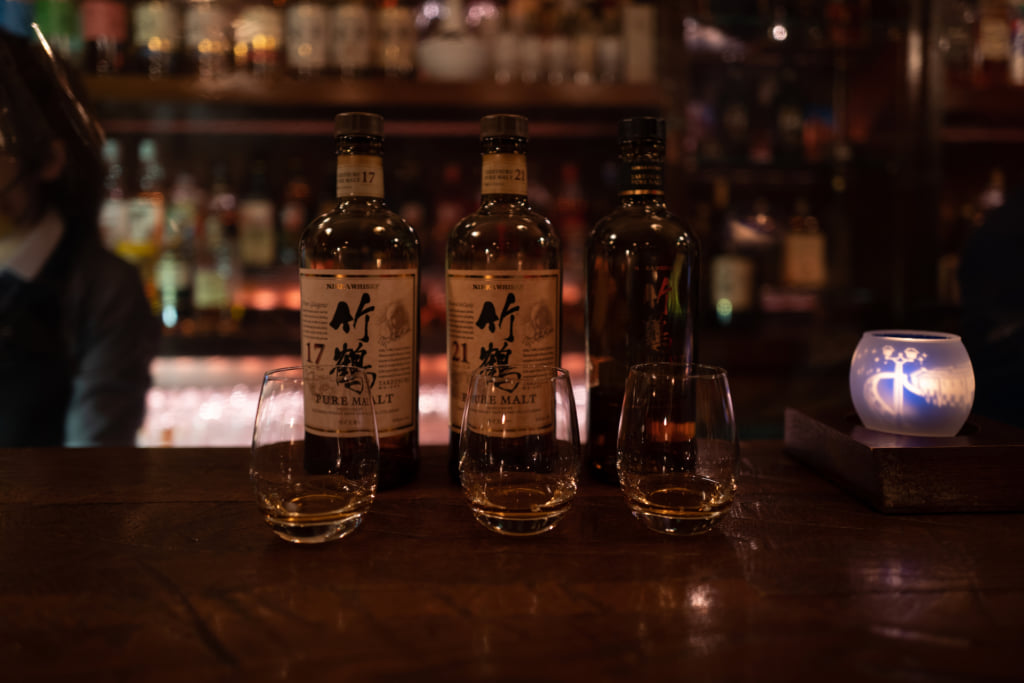 The next day was another masterstroke, at the aptly named Barilotto, ‘the barrel’—the icing on the cake, the surprise we didn’t expect. Think of a pocket-size restaurant, with just five or six counter-only seats, lost at the end of one those alleys called yokocho, with neon lights from another time, of which Japan has the secret. We didn’t see it coming and we were amazed. Busy doing a thousand things at once in his micro kitchen, corkscrew in one hand, spatula in the other, Takeru Touma uncorks the bottles and plates up the small homemade dishes in the time it takes one to say ‘phew’, smiling all the while. And then there are the wines, and what wines! The sight of whose labels alone would make the greatest connoisseurs jealous. 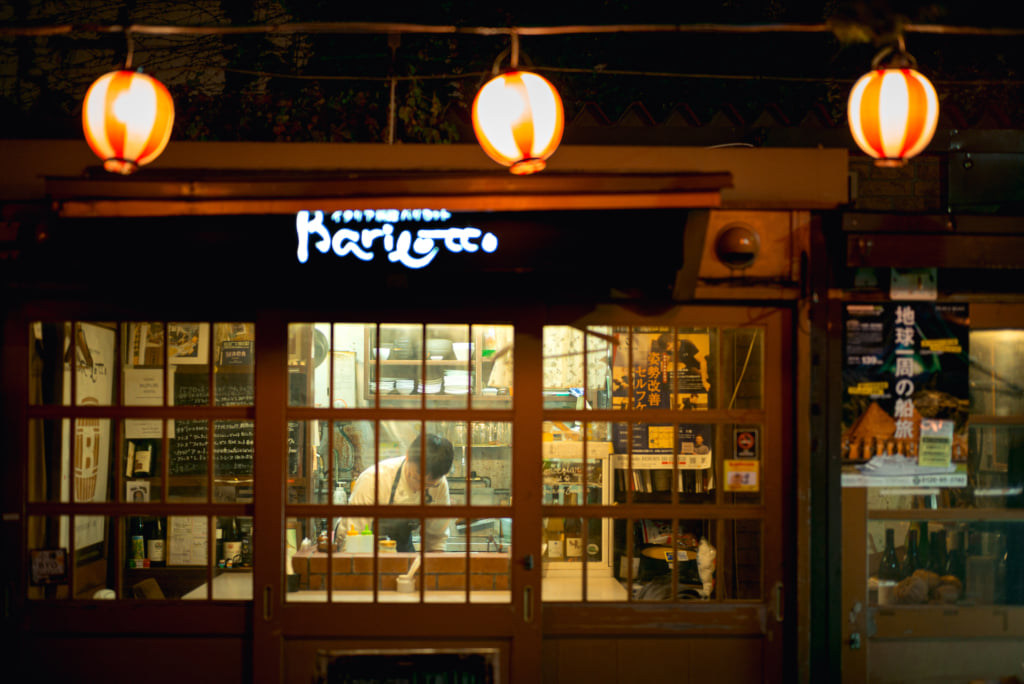 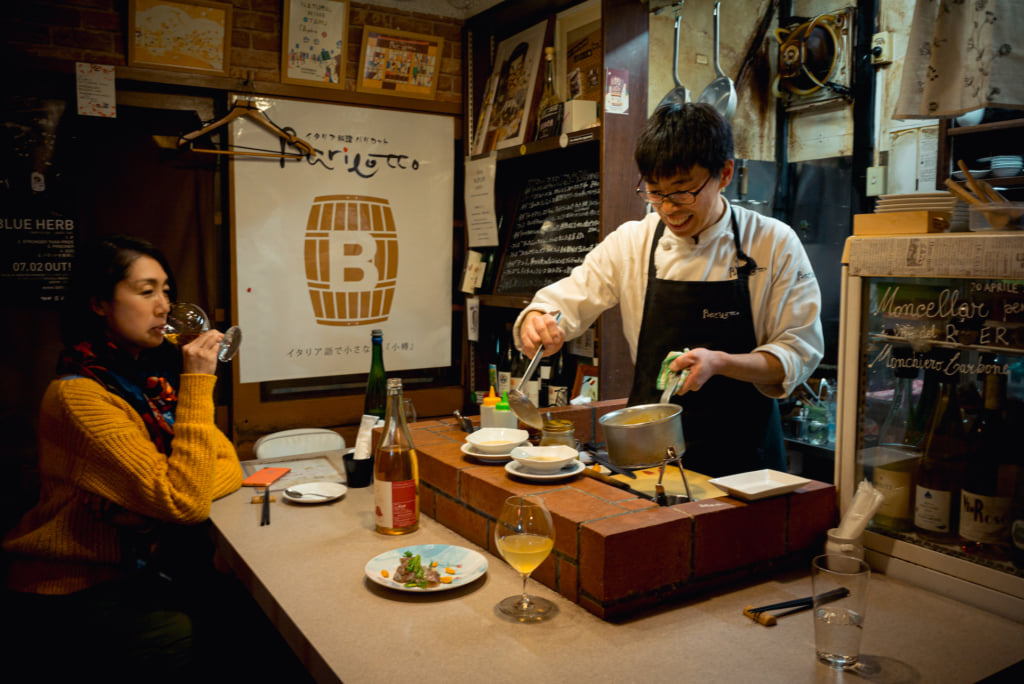 Wiser and more spacious, Otaru Bine combines Hokkaido wines and local specialities with a simple, elegant, and restful decor. Perfect for an introduction to the local cuisine and its different varieties, a special mention is needed for their homemade pizzas—the chef’s speciality, we are told. 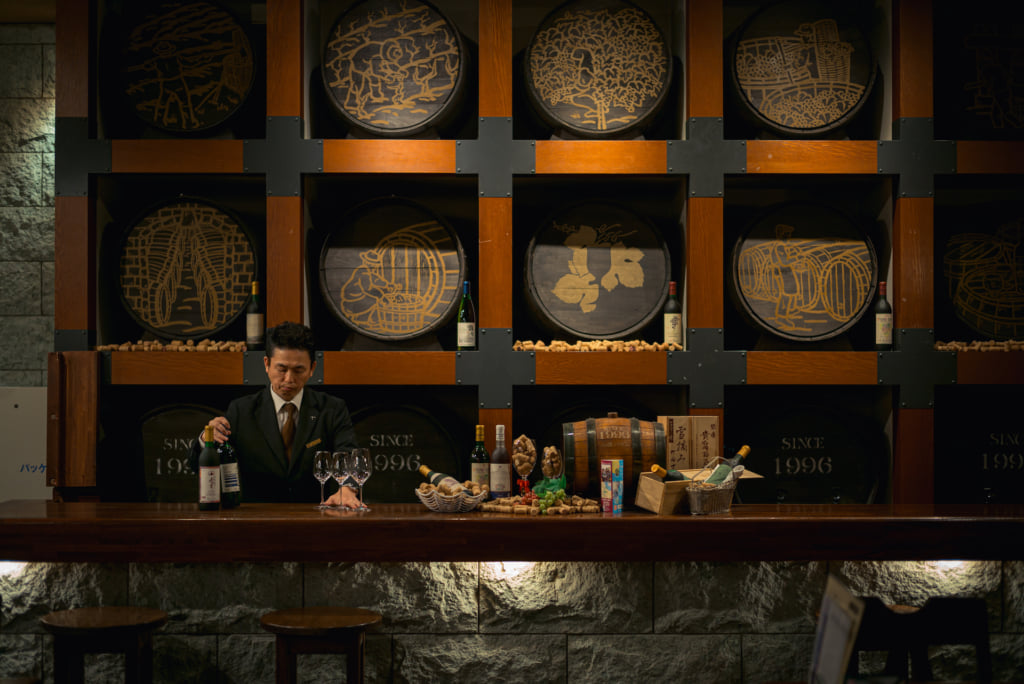 A last address for the road? Otaru Beer is a vast restaurant housed in a former warehouse along the canal, with a terrace as a bonus—a rare treat on this side of the globe. We are welcomed by Brian Dishman, the American manager of this… German brewery. In addition to cheese or meat dishes—the Schweinebraten for example (a kind of roast pork served with potatoes)—you will find at a whole choice of beers, each one tastier than the next. The most popular? The Pilsner, a sweet and tasty beer, ideal for the season. We’ll take the same! 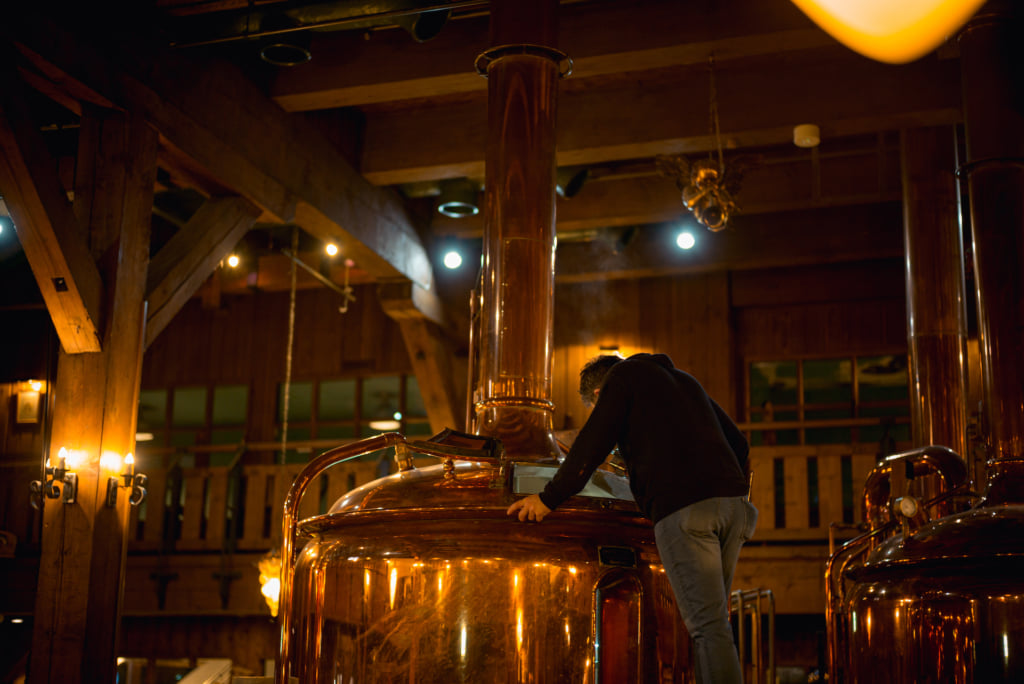 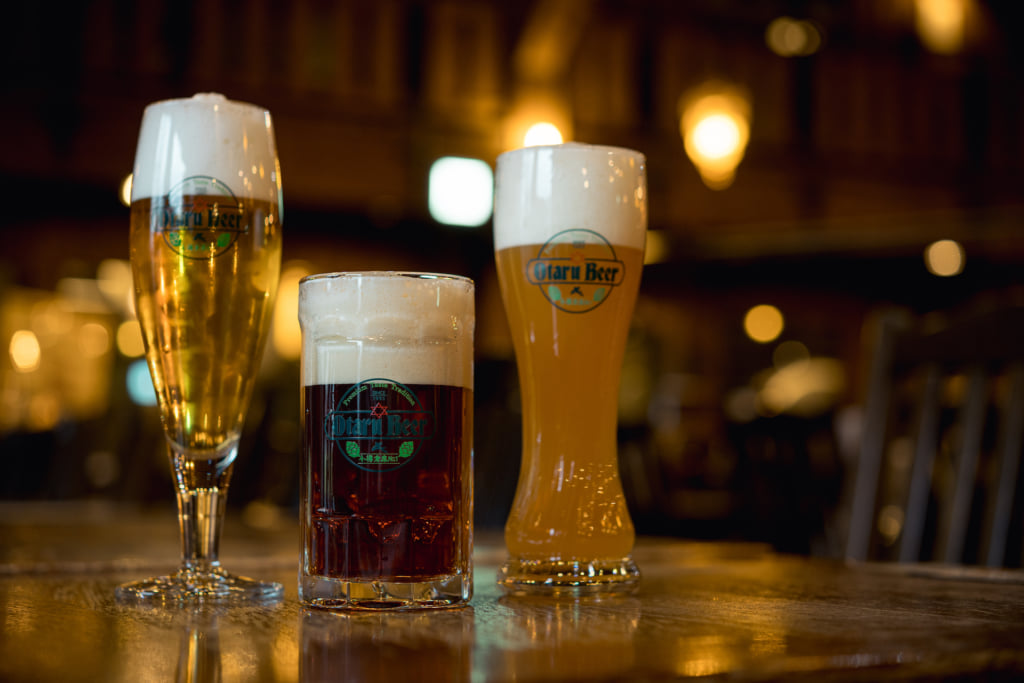