Otaru Through the Years

Formerly a simple fisherman’s village, from the end of the 1850s Otaru became increasingly wealthy as merchant vessels began plying their trade with the rest of the archipelago. Today, the city attracts crowds of Japanese and foreign tourists looking to enjoy its architectural heritage as well as its laidback way of life. 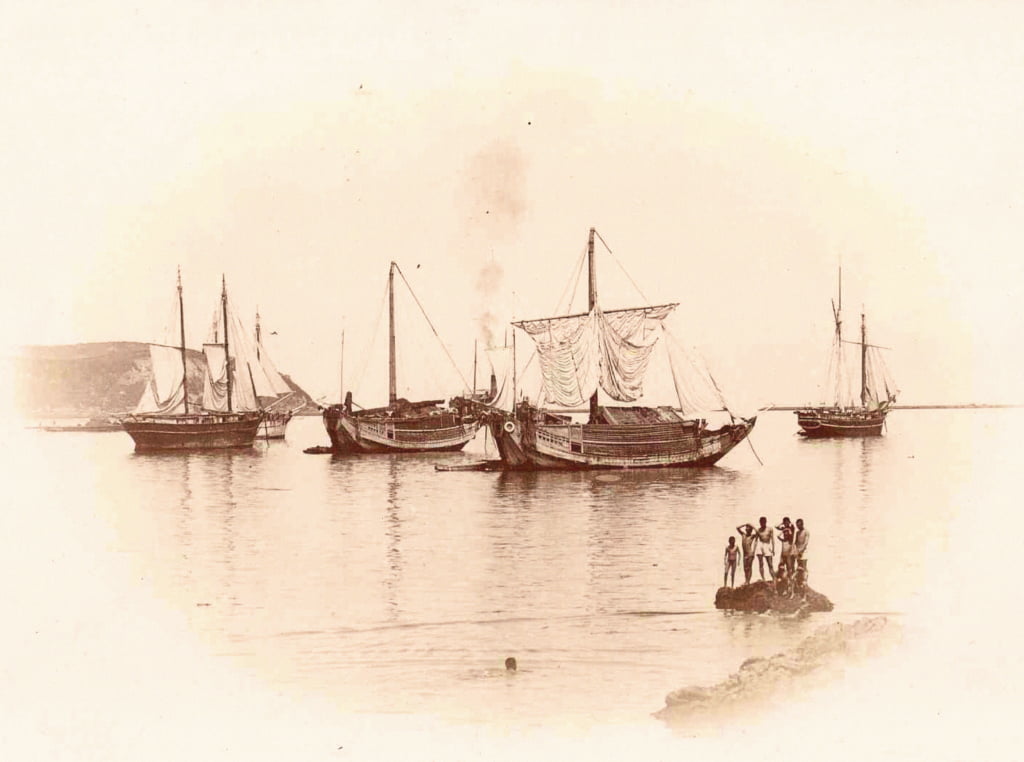 To the average onlooker, the Otaru landscape contains all you would expect from a lovely provincial town. On one side is the canal and its walkway, beautifully lit at night—a popular gathering place for young couples, day-trip visitors, and strollers. Here and there, patios beckon invitingly, adding to the calming ambiance. On the other side are long warehouses and imposing stone buildings lining the length of Rinkosen Avenue, some converted to cafes or souvenir shops. Their  excessive size is a jarring reminder that Otaru was not always the tranquil city it is today. Not so long ago, these streets and boulevards, where tourists now stroll so peacefully, were once rife with the hurried steps of businessmen and the loading of freight. There is a feeling in Otaru that the history of not only Hokkaido but of the entire archipelago was written right here. 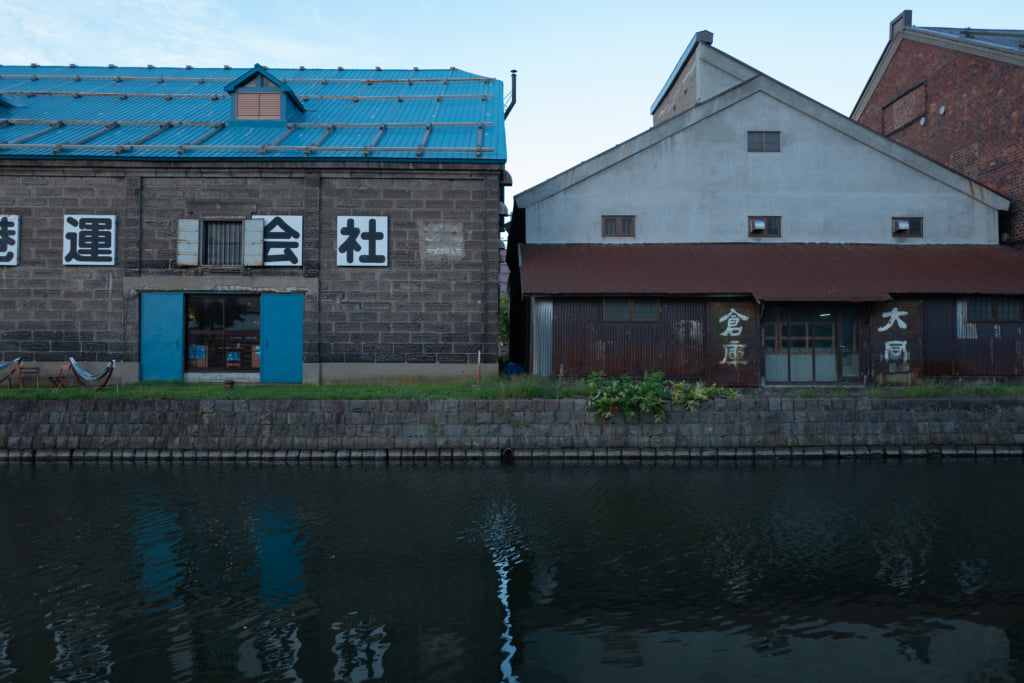 Otaru’s story begins during the second half of the 19th century. Hokkaido was then nothing more than a distant, fallow land. The island was the homeland of the Ainu people, an indigenous population that primarily made its living through fishing and hunting. Only one word succinctly summarizes the change that would transform Otaru into one of Hokkaido’s most prosperous cities: kitamae-bune, the name given to the trade vessels that began linking the city to the major ports of the Sea of Japan, and to Osaka, then the economic center of Japan. The numbers speak for themselves: the population grew from 1,000 inhabitants in 1865 to over 2,000 three years later. By 1887, this figure had reached 15,000, then exploding to 60,000 by the turn of the century. One product in particular was behind this sudden growth and its accompanying wealth: herring. Found in abundance in the seas surrounding Hokkaido, the little fish was a significant source of wealth for shipowners, attracting a large population of seafarers and merchants to the trade of herring. Prized not only as a food source, herring was also valued as a raw material that could be used in a variety of products, notably ‘nishin-kasu’, a highly sought-after fertilizer for the cotton and indigo fields in the western part of the archipelago, particularly in Okayama. 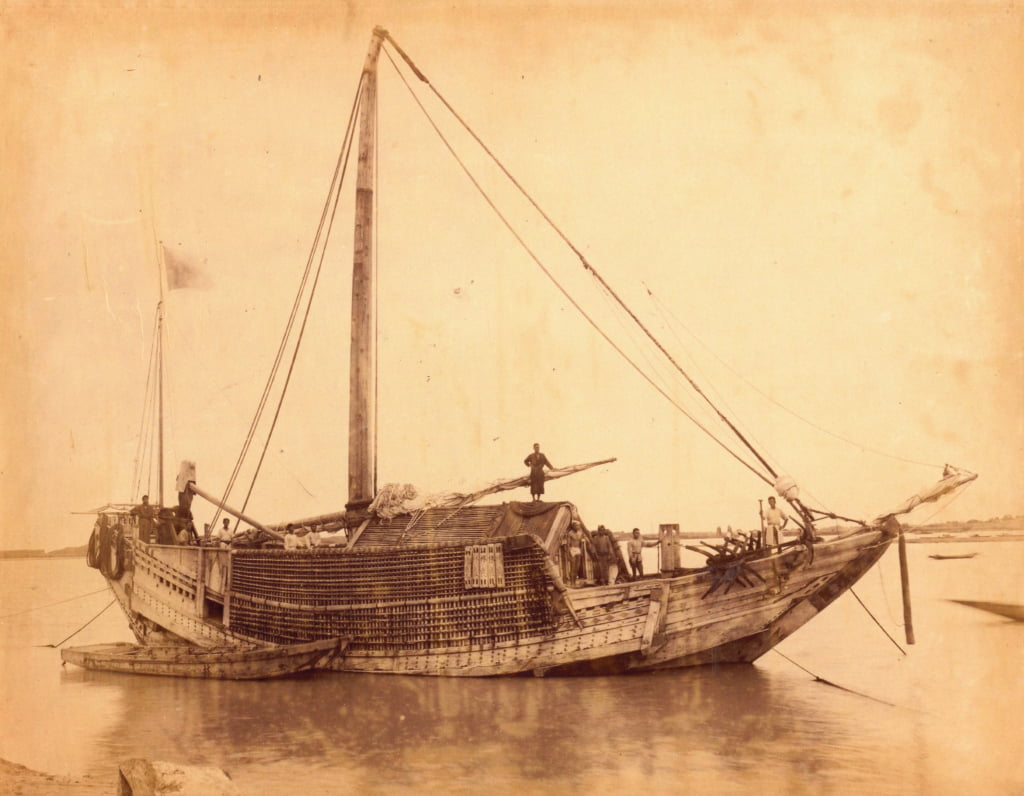 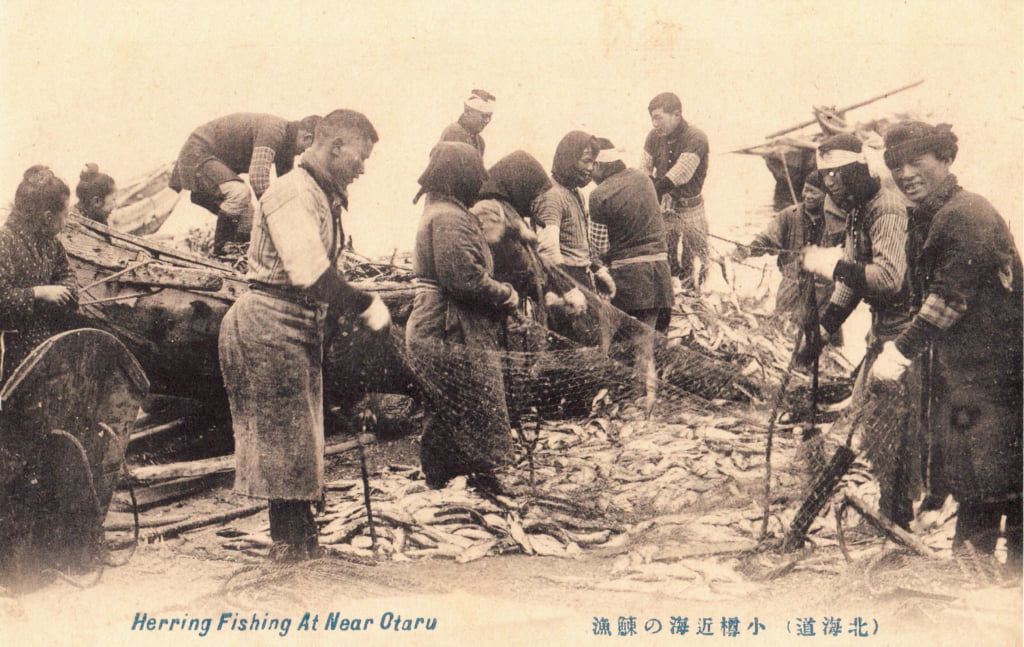 Finding itself suddenly prosperous, the city began to transform. First came the railroad, enabling merchandise – and later inhabitants – to be transported to the port. Warehouses are then hastily erected to house merchandise awaiting transport. Their wooden frames are clad with facades and stone walls to make them more fireproof, allaying rich owners’ greatest fear. And finally, the banks arrive and settle in just a few yards away, also built of stone. Large safes are installed to protect newly-accumulated riches. As the population explodes and the wealth increases, the city soon grows more sophisticated and established. The first fashion boutiques open their doors around the same time as the cafes and restaurants, each one chicer and more modern than the last. The most legendary among them, brilliantly built onto the side of a cliff, is destroyed by fire in 1952. It is the end of an era. Herring is becoming scarcer, and the trade ships begin to give way to more modern vessels. 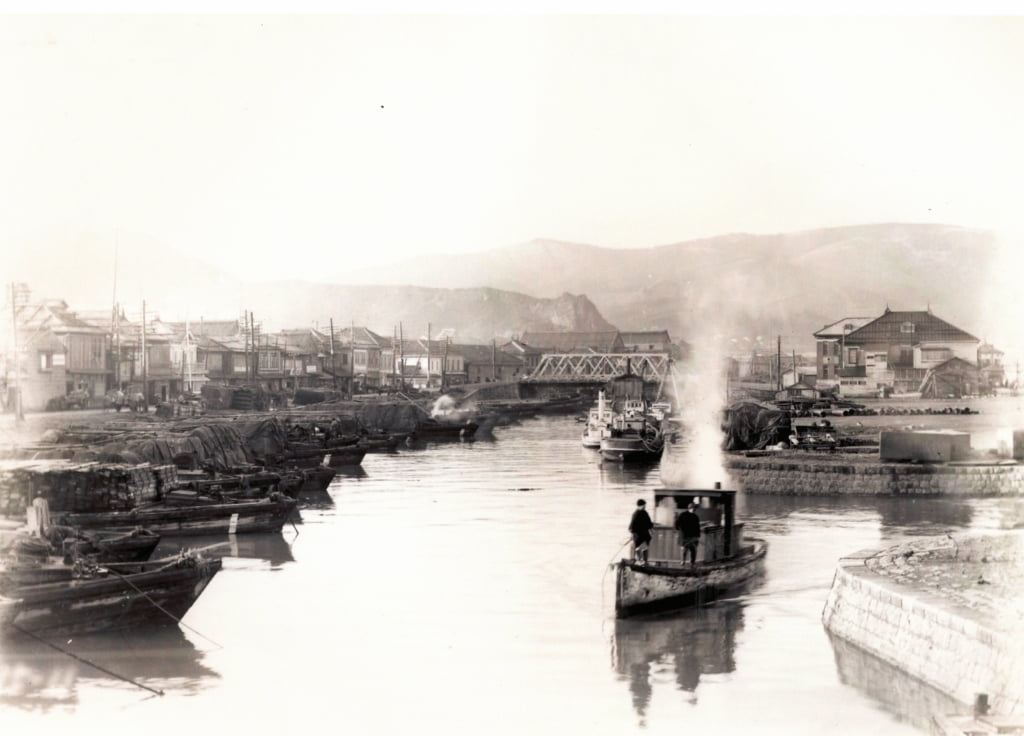 Though the fishing nets and trade ships have all but deserted the place today, Otaru has no shortage of assets and has discovered a more sustainable source of wealth: its history and architectural heritage which each year attract numerous tourists from around the archipelago and beyond. Far from the excesses of Tokyo or the solemnity of Kyoto, Otaru offers a look at a Japan that can be explored at a slower pace, on foot. The canal is far and away the most beautiful symbol of this renaissance. Once slated for demolition, it survived thanks to 10 years of heated debates and citizen involvement. 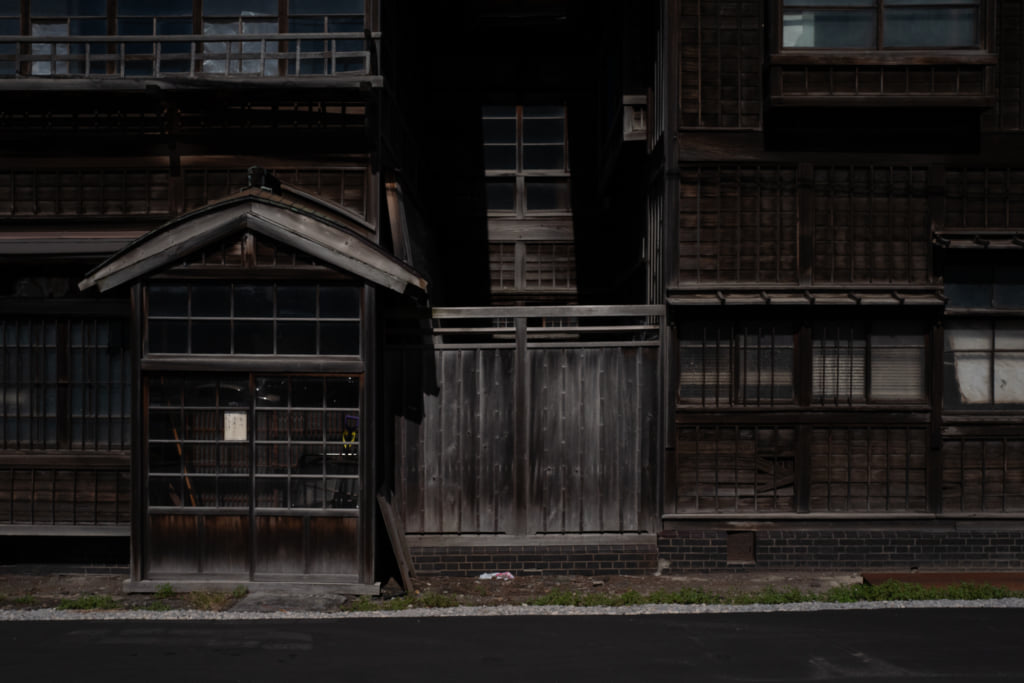 Half a century later, nothing could be more pleasant than to loiter along the canal and saunter into its charming boutiques. One such place is the Unga Plus souvenir shop, which offers specialties from the many ports once visited by the kitamae-bune. Also worthwhile is taking a table at one of the cafes or restaurants that have made their home in the warehouses, banks and other buildings of the era. Hokkaido follows the rhythm of its seasons, and Otaru is no exception, veiled in white snow with the arrival of winter, often by late November.

A few parting recommendations: a tour would not be complete without visiting the buildings that marked Otaru’s history, three exceptional spots that tell the story of the city over time and became its symbols. Otaru in three stops, or an itinerary combining history, art, and architecture. 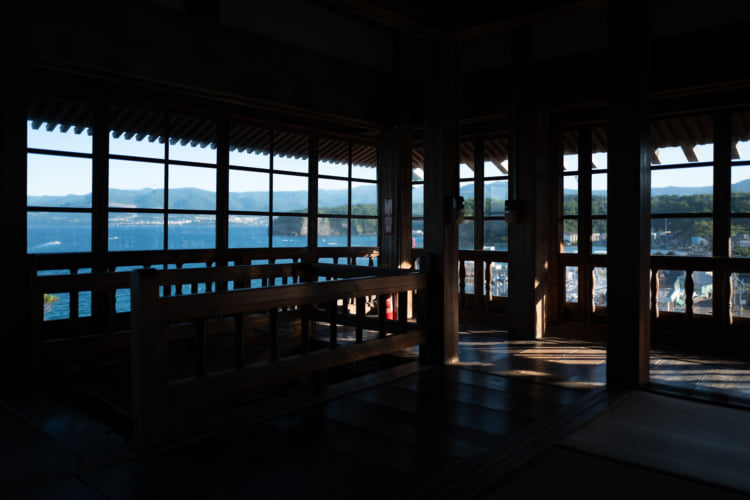 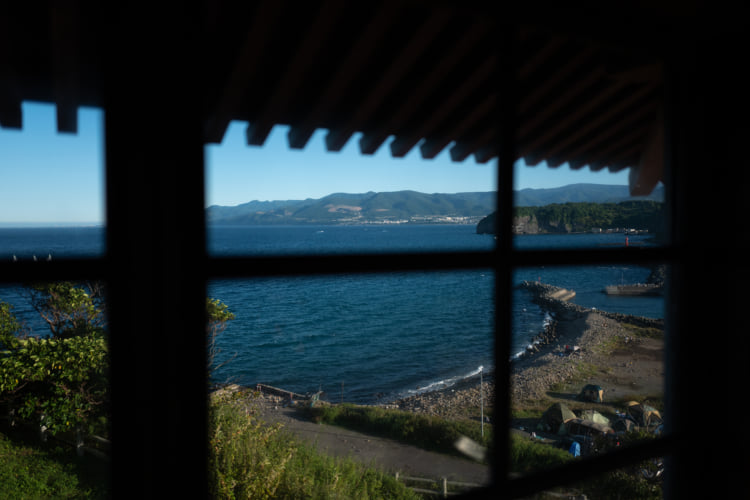 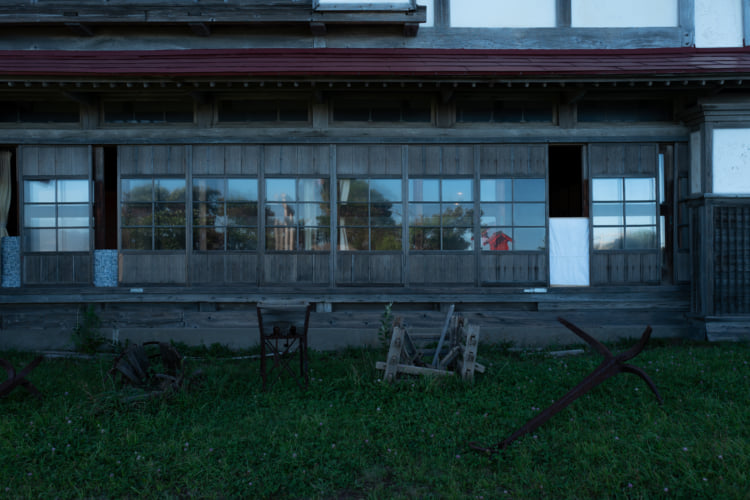 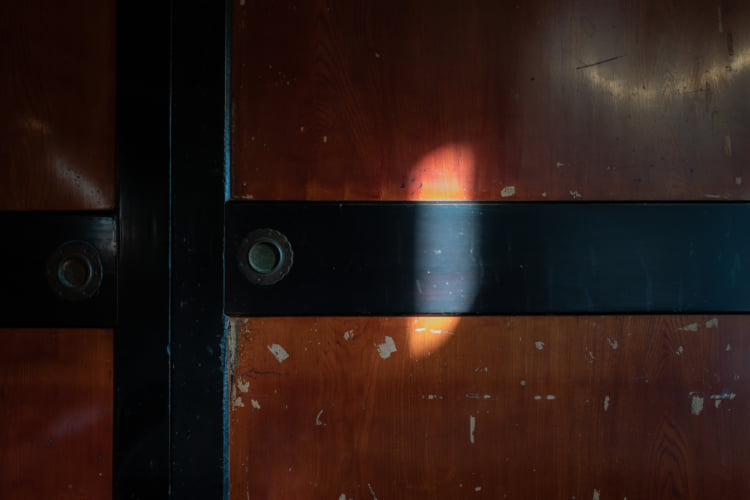 The Nishin Goten (literally the ‘herring palace’) of Otaru city is a spacious wooden construction built in 1897 before being moved to its current seaside location in 1958 and restored. In 1960, the building became the first private residence of Hokkaido to be designated a ‘Hokkaido tangible cultural heritage – construction of a fishery’. Now a museum, the building is home to antique fishing and herring processing tools. It also exhibits photographs of former residents of the town. 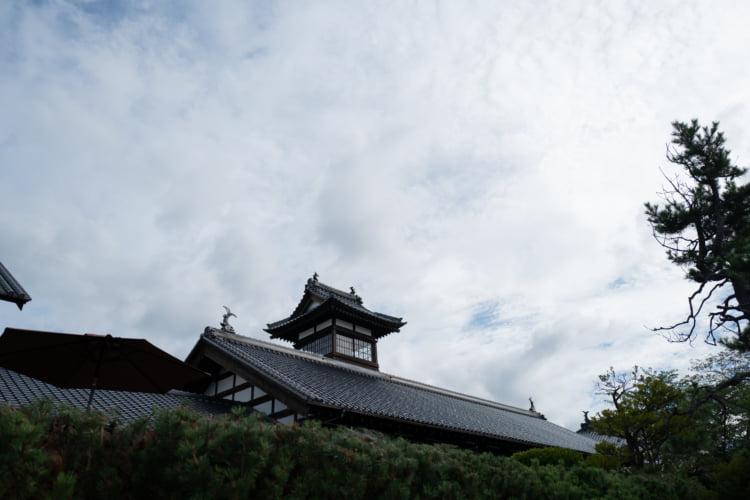 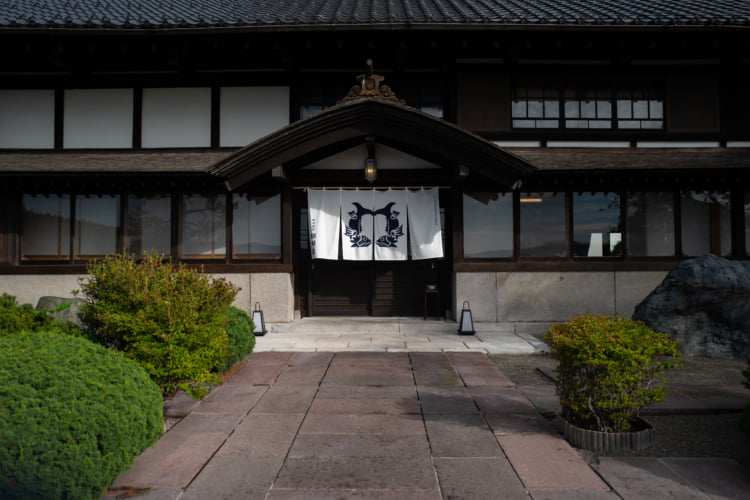 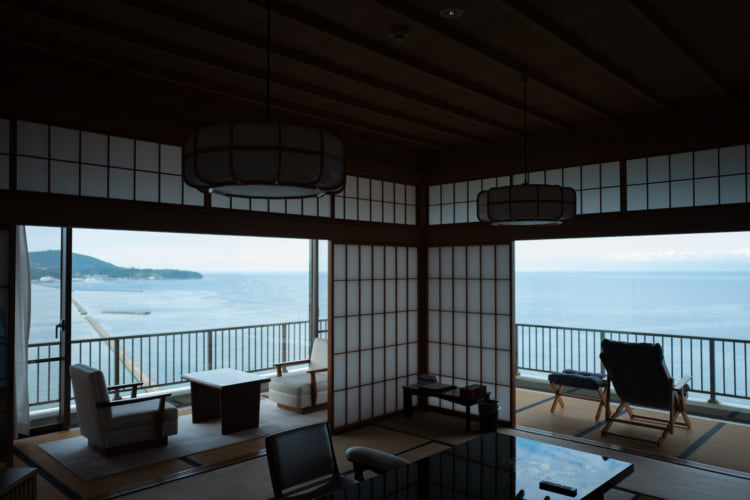 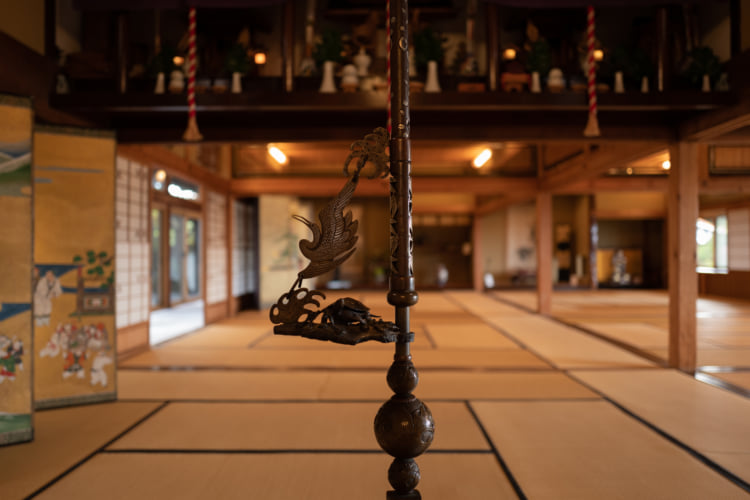 Ginrinsou is the former residence of Yasunojo Inomata, a businessman known for earning his wealth from herring fishing. Moved to a hilltop overlooking Otaru Port in 1938, the lavish building – which is also Japan’s only herring palace open to the public – is now a restaurant and inn. The place is also known for its onsen, its delightful outdoor hot spring. Completed in just three years using many different types of wood, the building features exquisitely detailed architecture. 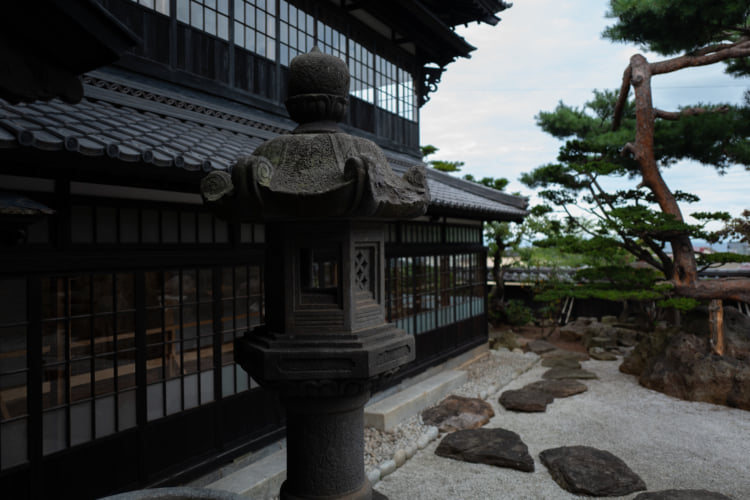 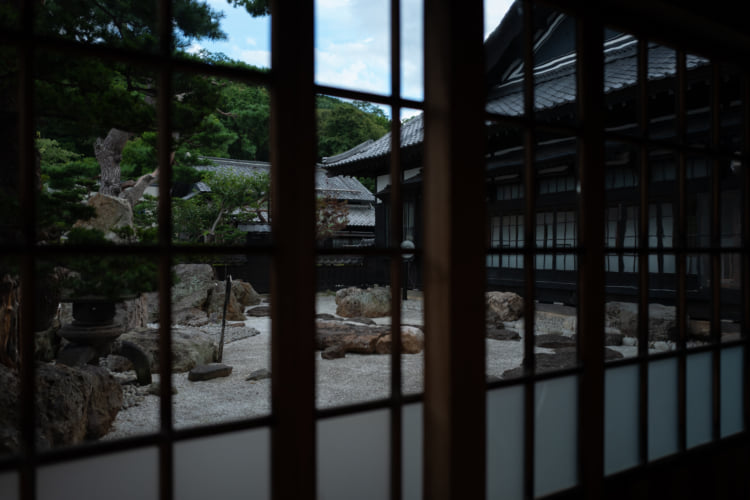 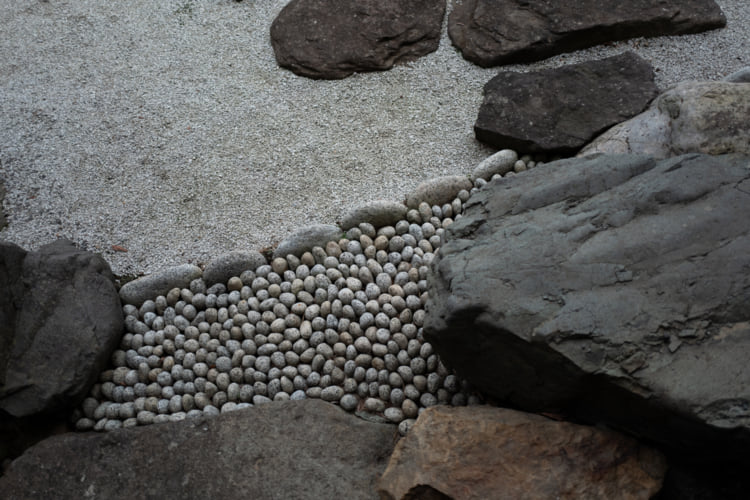 An absolute treasure and must-see spot. The Old Aoyama Villa is first and foremost a symbol of incredible wealth, and a gift from father to daughter. The father, Masakichi Aoyama, along with his own father, Tomekichi, built one of the largest-known herring fortunes. Aoyama’s daughter, Masae, was only 17 years old when work began on the villa, and 24 when it was completed. Among the many jewels awaiting contemplation here, two alone are worth the visit: the room with the ceiling painted with 138 flowers, and the gardens. This is a must-see spot for all those who appreciate beauty, Japanese art, and antiques. 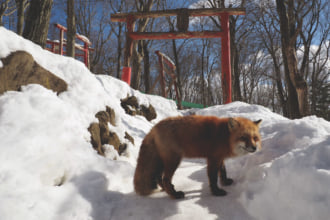 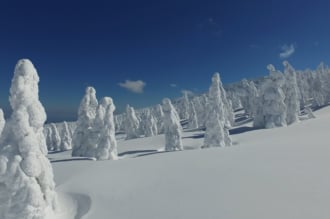 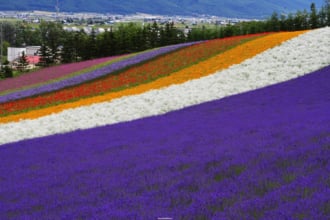