For the 60th anniversary of the perfume brand, the artist unveiled a new sculptural work, the ‘Fragrance of Infinity’ bottle. 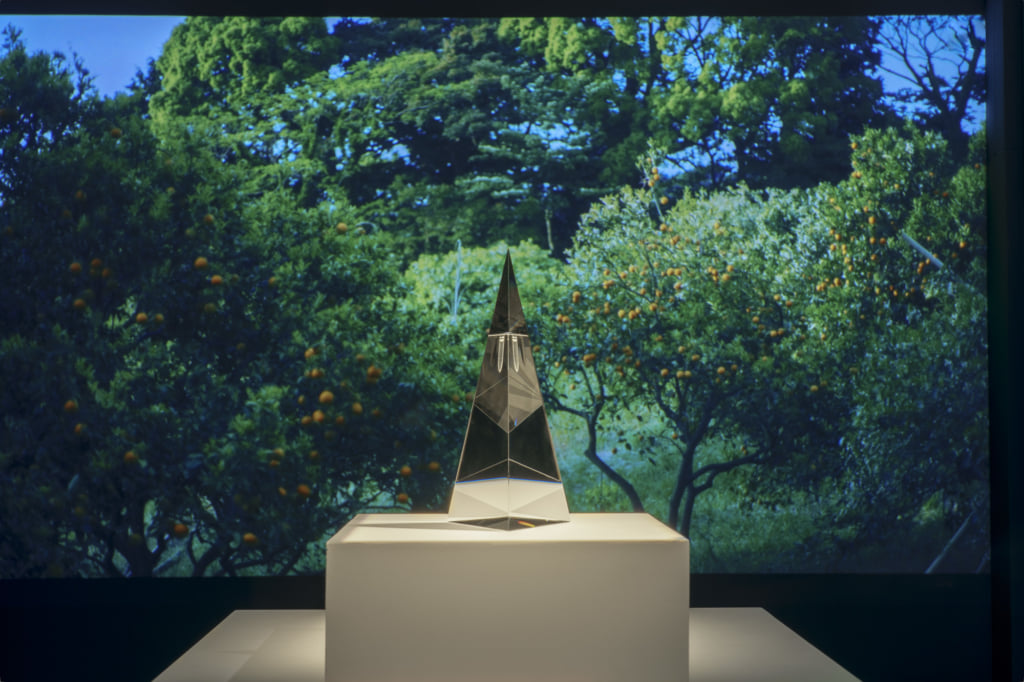 The three founders of Diptyque, Desmond Knox-Leet, Yves Coueslant, and Christiane Montadre, were sensitive to the beauty of the world and its different cultures. To pay homage to their taste for other horizons, the fragrance company is organising an exhibition in autumn 2021 entitled Voyages Immobiles – Le Grand Tour, held in Paris’ iconic Poste du Louvre. To mark the occasion, nine international artists, including Hiroshi Sugimoto, will present their vision of travel through different artistic and olfactory pieces.

Photography, sculpture, writing… Hiroshi Sugimoto is a multitalented artist who practises his craft across many disciplines. He has received various awards for his work and examines the nature of time, our perception, and the origins of consciousness through his universe. In 2011, he created an agricultural foundation to explore and maintain the symbiotic relationship between nature and humans, named Kankitsuzan (‘citrus mountain’ in Japanese). This mountain overlooking Sagami Bay, which gave its name to the organisation, provided the inspiration for his work Fragrance of Infinity. ‘I would like to use it to transmit the essence of Japanese culture to a wider audience’, the artist explains.

Hiroshi Sugimoto’s work is presented in a clean, minimalist ambiance, in contrast to the other gallery spaces used in the exhibition Voyages Immobiles – Le Grand Tour. It is placed in context with a short film about the peaceful area of Kankitsuzan. Fragrance of Infinity is a pyramid-shaped bottle made from optical glass, available as a limited edition of 15 bottles for 6000 euros each. When designing the bottle, Hiroshi Sugimoto was influenced by the sculpture he created in 2006, Mathematical Model, which can be found in the bamboo plantation at Kankitsuzan.

The modest glass pyramid houses a perfume specially designed for Diptyque. Capturing the citrus fruits and scents of the mountains, this project underlines ‘the importance of the relationship between humans and nature that has endured since the dawn of humanity’, declares Hiroshi Sugimoto.

Fragrance of Infinity (2021), a piece by Hiroshi Sugimoto, can be found on the website for the exhibition held by Diptyque. 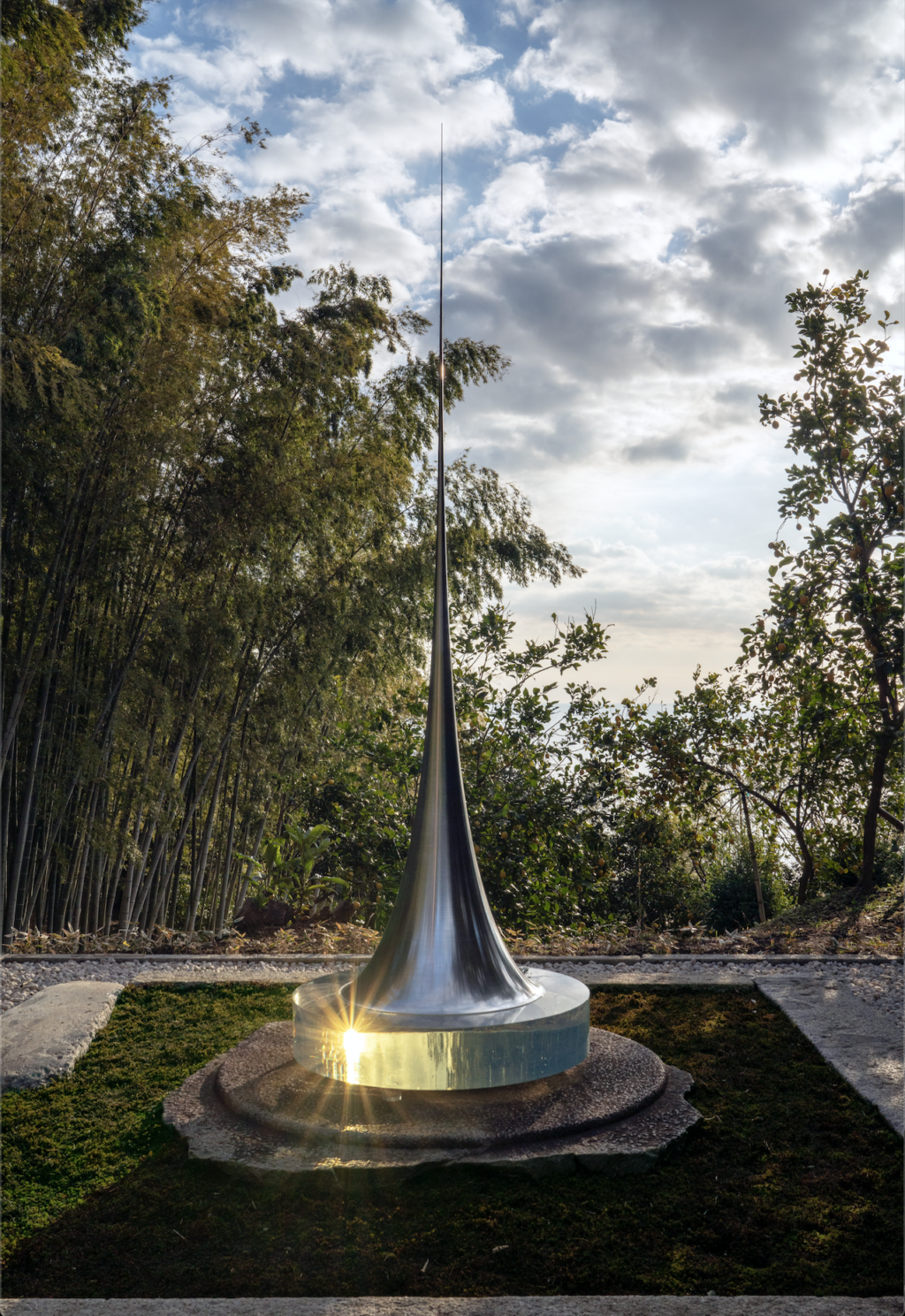 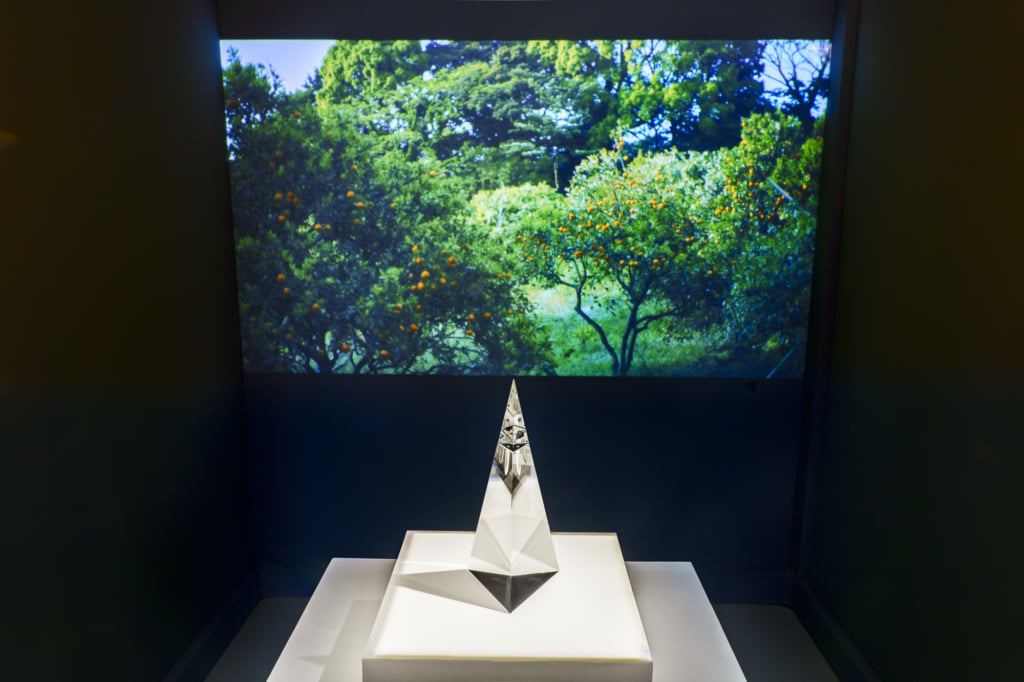