The Enoura Observatory, Art Suspended Between Earth and Sky

Designed by architect Hiroshi Sugimoto, this space brings together creation and the passage of the seasons to foster a sense of wonder. 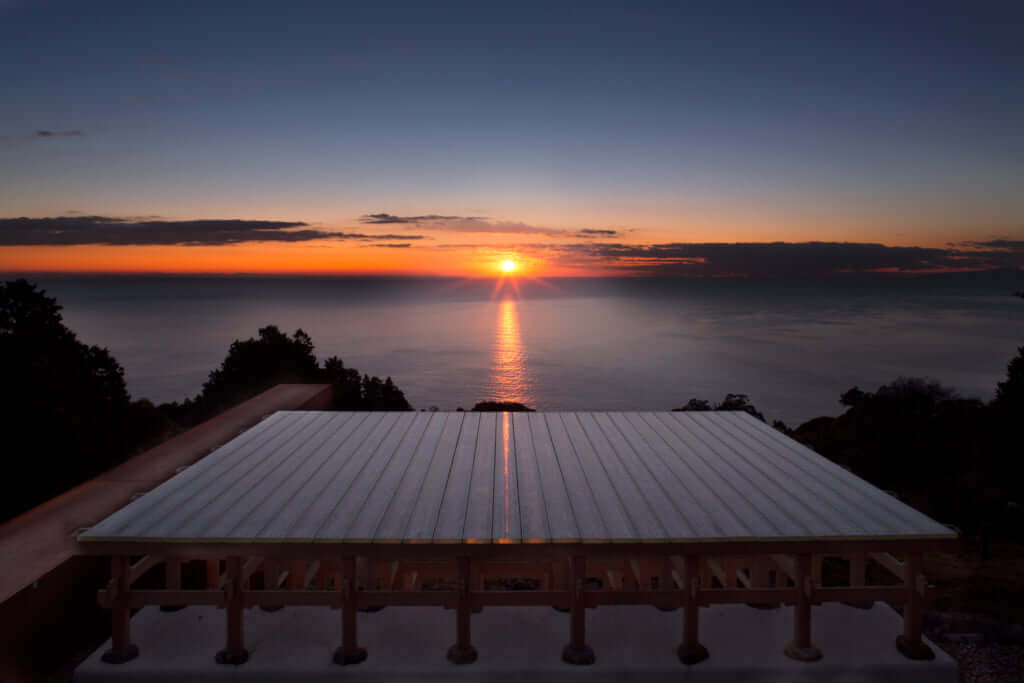 Built by photographer and architect Hiroshi Sugimoto with the aim of creating a space for the worldwide dissemination of art and Japanese culture, the Odawara Art Foundation comprises an art gallery, a stone stage, a glass stage for Noh theatre, a tearoom, a garden, offices and the Enoura Observatory.

Returning to the source

When creating the foundation in Odawara, just 30 minutes from Tokyo, Hiroshi Sugimoto drew upon his childhood memories, peppered with train journeys. ‘I owe a lot to Odawara’, he says. ‘My earliest memories are of the sea seen from the train on the old Tokaido line from Atami to Odawara. When the train emerged from the tunnel, the Pacific Ocean would appear. I would be wide-eyed as I saw the horizon stretch out before me. It was in these moments of wonder that I realised who I was and that I was on this earth.’

This project also allows the architect to return to the roots of his creation. ‘What should we be expressing in art today? There is no simple answer to this question. All we can do is continue to return to the source of human consciousness, exploring and retracing its path’, explains Hiroshi Sugimoto. ‘This was the project I had in mind when I came up with the Enoura Observatory’

The observatory was conceived as a means of rediscovering the emotions felt by people when they first became aware of the passage of time and the seasons by measuring the trajectory of the sun.

‘My goal in creating this complex is to reconnect people, both visually and mentally, with the most ancient human memories that are natural phenomena’, explains Hiroshi Sugimoto. ‘At winter solstice, life is reborn. During the summer solstice, the pendulum of the seasons swings back again. The spring and autumn equinoxes are the balancing points inbetween.’

Thus, the observatory, which is the visible part of the foundation, is intended to highlight the unusual light of the equinoxes and solstices. The steel structure measures 70 metres and seems to have been delicately placed in the middle of the garden. Every year on the 21st of December, it offers an incredible spectacle: when the sun rises, its rays illuminate the rock placed at the entrance to the observatory, before reflecting across the glass stage of the Noh theatre, giving the impression that the actors, mid-performance, are floating above the sea.

To build his construction, the artist made a point of drawing on Japanese traditions and craftsmanship, most noticeable in his stringent respect for the rules of Sakuteiki, a book on the art of gardens that dates back to the Heian era, using only ancient stones. The region of Odawara is home to a number of craftspeople, including metalworkers and carpenters, masters of ancient techniques passed down through the generations. Hiroshi Sugimoto was keen to collaborate with them on his construction in order to ensure the preservation of such trades. ‘In this materialist, consumerist world, where so much natural beauty has been destroyed, we need more than ever to revive these ancient Japanese traditions’, says Hiroshi Sugimoto.

More information on the Odawara Art Foundation and the Enoura Observatory can be found on their website. 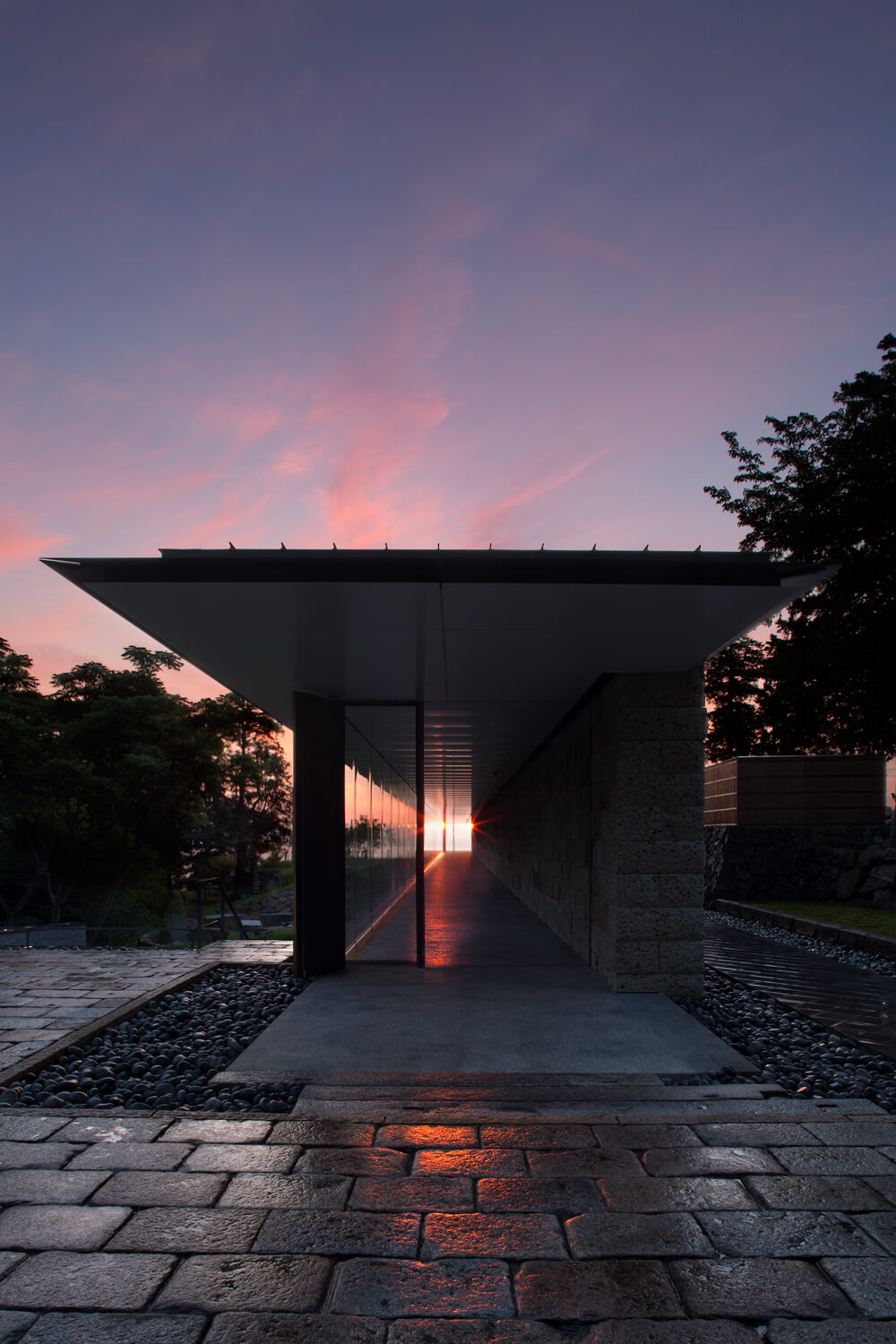 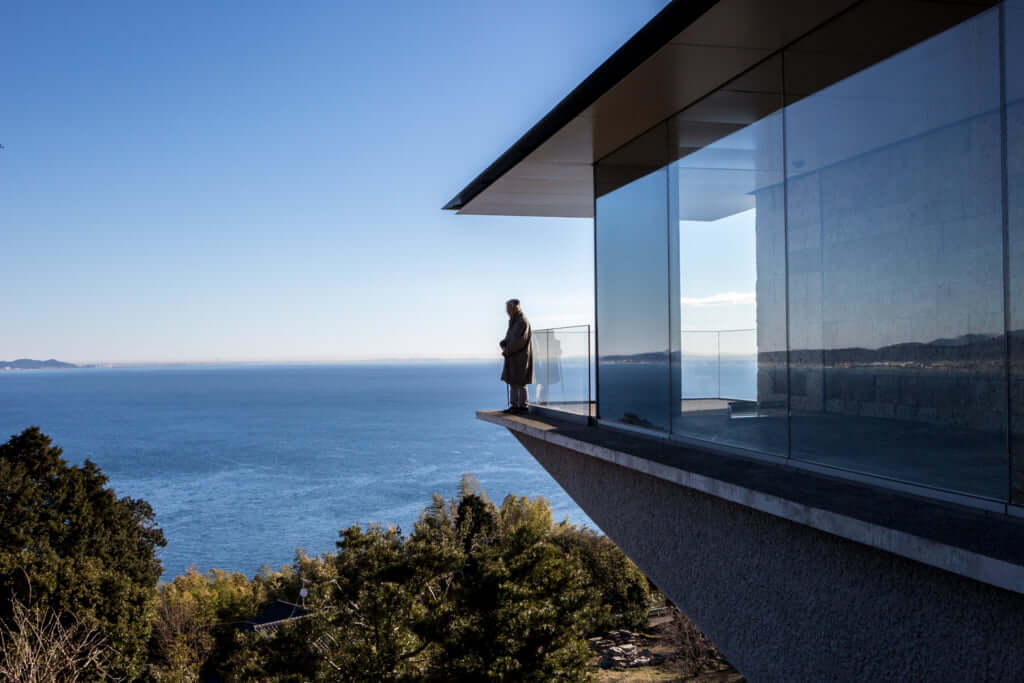 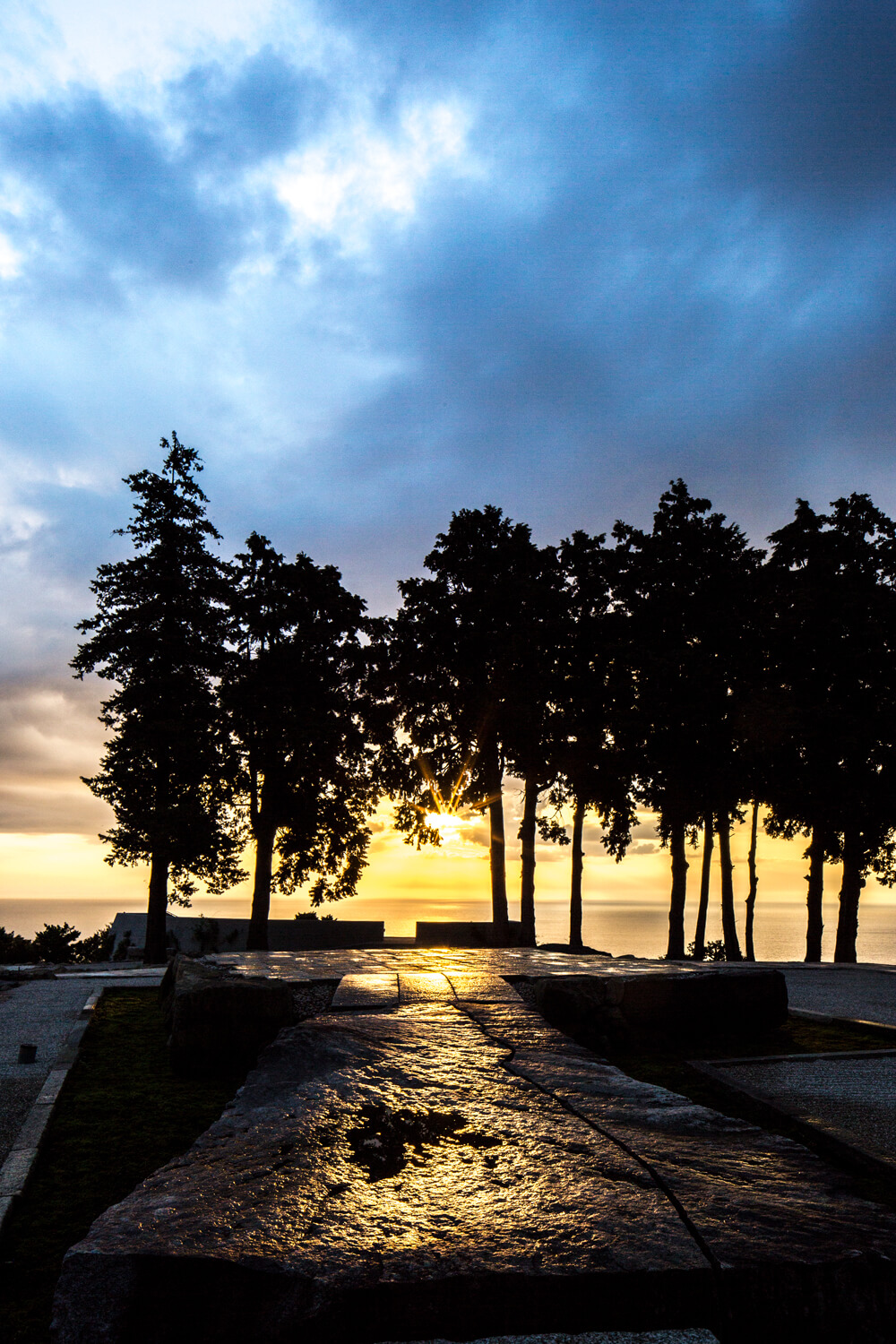 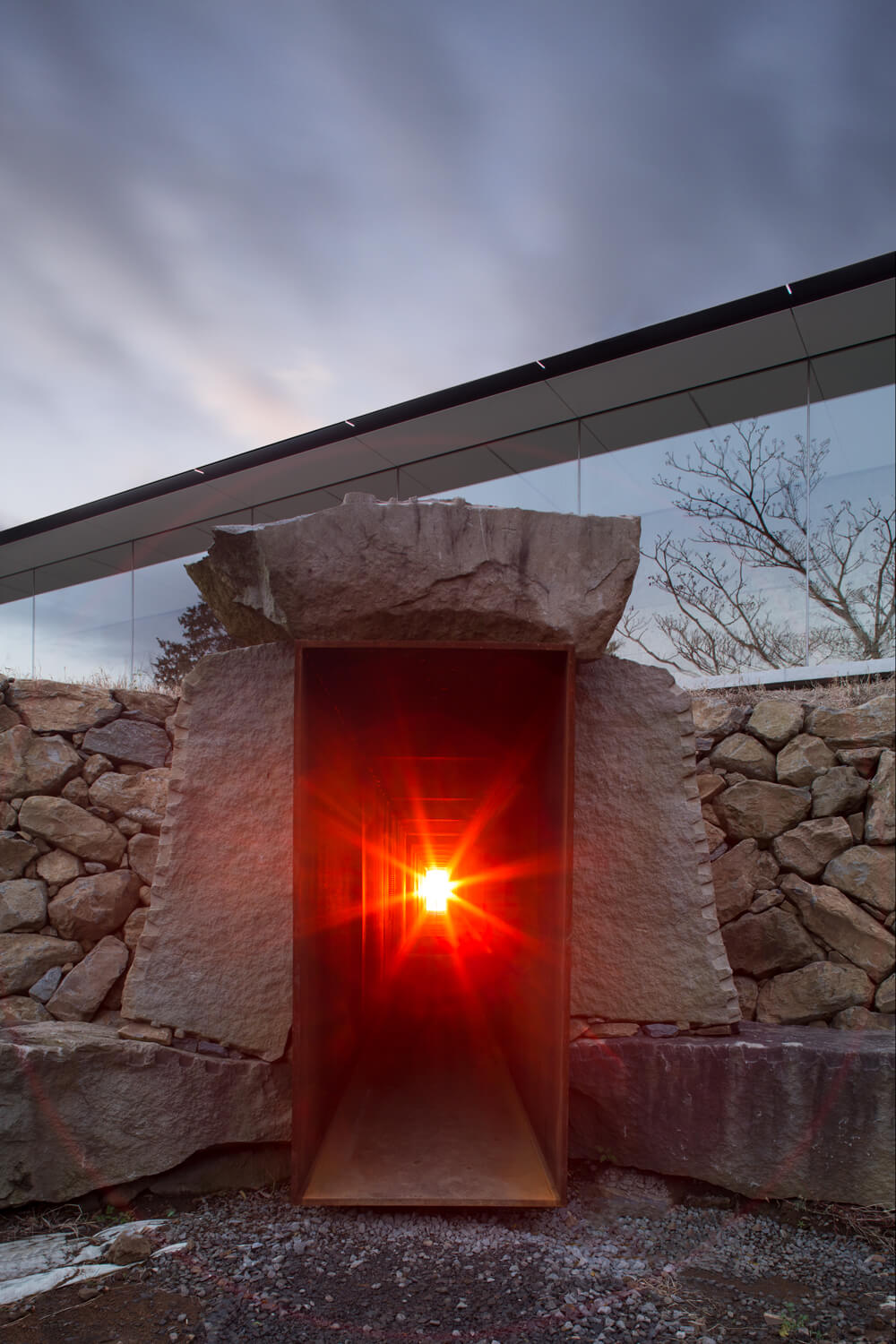 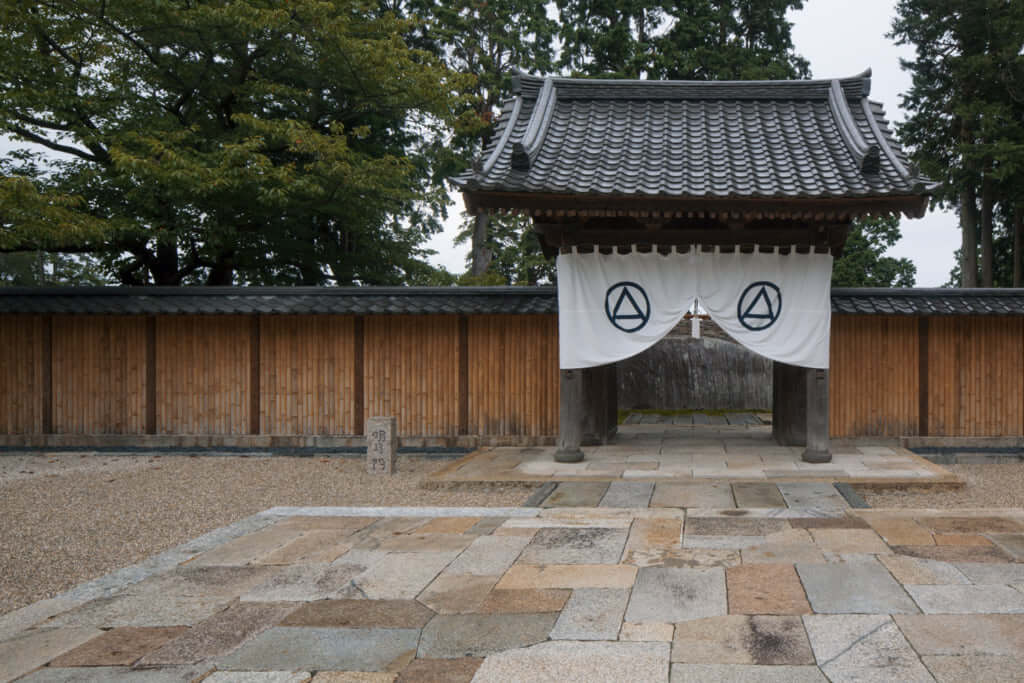